Bolton Wanderers will be looking to put Saturday’s defeat behind them as they host Carlisle United at the University of Bolton Stadium.

With four games of the season remaining, Wanderers’ automatic promotion hopes are still in their own control and a maximum against United will go a long way in helping to secure their objectives.

Ian Evatt: “We have to prepare as if the best Carlisle United are turning up tomorrow night and make sure we’re better than them. If we play to the best of our ability then I’m sure we’ll win the game. We know they’re a threat from set-pieces and from the long-throw, but there are a lot of teams similar to that in this league.

“Saturday was obviously disappointing for a number of reasons. The result was poor and by our standards the performance was below par.

“We know we have to be more ruthless and clinical in front of goal. For too long we’ve been missing gilt-edged chances in games, even when we’ve been winning, and we need to make sure we take those chances.

“The lads have trained well and had a rocket this morning and a reminder of the standards that we’ve set for ourselves.”

Chris Beech: There’ll be some twists and turns in five games, even if Tuesday night doesn’t go well – but it might go really well, we don’t know.

“We’ll prepare for it to go really well and play against a good Bolton team, whose pitch is excellent.

“But you just don’t know. What I do know is the lads are hungry, they’re giving everything, you can see that commitment, and all we’re after, really, is being supported in that.”

Wanderers’ supporters can watch the game against Carlisle United by purchasing an iFollow BWFC video match pass for just £10 - you don’t have to miss a kick.

Captain Antoni Sarcevic returned to training with his teammates on Monday and is likely to be available for Wanderers’ trip to Morecambe at the weekend.

Despite this, Ian Evatt’s men remain in third spot and will be looking to build on their points tally against a Carlisle United team who are unbeaten in six matches and are two points off a play-off place.

The hosts found themselves three goals to the good inside 38 minutes courtesy of strikes by Aaron Hayden, Lewis Alessandra, and Omari Patrick.

George Thomason’s first professional goal pulled a goal back for the visitors just before the break.

Late efforts from Nathan Delfouneso and Peter Kioso earned Evatt’s men a share of the spoils on a cold and blustery day. 
Bolton Wanderers’ forthcoming Sky Bet League Two fixture against Carlisle United at the University of Bolton Stadium on Tuesday 20 April will now kick off at 7pm.

Eoin Doyle’s 18th goal of the season sealed a sweet victory for Bolton Wanderers as they continued their pursuit of automatic promotion.

The Irishman showed his natural instinct to convert Dapo Afolayan’s rebounded effort in the first half to put a play-off chasing Carlisle United to the sword at the University of Bolton Stadium.

Wanderers showed their resilience right up until the final minute to keep a clean sheet as the visitors even threw their goalkeeper Paul Farman forward for set-pieces late into the game as they attempted to salvage a point.

But it was to be Wanderers' night with a deserved three points in the bag heading into the weekend's trip to Morecambe.

Ian Evatt named an unchanged team as Wanderers looked to bounce back from Saturday’s narrow defeat to Grimsby Town.

An early chance fell the way of the visitors when Josh Kayode met Callum Guy’s corner at the near post. He should have done better with a header which he couldn't get on target.

Carlisle lost the services of defender Rod McDonald after eight minutes who suffered a knock and was replaced by Nick Anderton who slotted into central defence.

Matt Gilks got hold of Lewis Alessandra’s deflected shot when George Thomason lost possession in a dangerous area. Ricardo Almeida Santos tracked back and got in the way of the effort.

At the other end, Wanderers raced away and carved open a chance when Gethin Jones crossed into the box, with the ball evading everybody.

Doyle had a header cleared off the line by substitute Anderton as he rose to meet Declan John’s superb cross from the left-hand side as Wanderers knocked on the door for the opening goal.

Lloyd Isgrove had a shot charged down when Kieran Lee’s pass found his fellow midfielder just outside the box as Wanderers moved up the field with a flowing move.

Wanderers opened their account after 28 minutes when Doyle slot home his 18th goal of the campaign. The Irishman was aptly placed to fire past Farman after Afolayan saw his long ranger crash off the post and into his path.

Isgrove charged upfield to latch on to Thomason’s expertly weighted layoff, but his strike from distance went across the face of goal and wide of the target.

Guy’s corner was cleared importantly by Man of the Match Alex Baptiste at the expense of another corner as the visitors went in search of an equaliser.

Doyle and John combined well on the left which culminated in the Welshman fizzing a dangerous ball into the Carlisle box with Kieran Lee not far away from connecting.

Joe Riley had his name taken for a cynical challenge on Gethin Jones as the full-back charged up the Carlisle half in what was a marauding display against his former club, and then the visitors survived a huge penalty shout when Afolayan went down under a clumsy looking challenge by George Tanner.

Wanderers made their first change just before the hour mark after John limped off with what appeared to be a leg injury. Harry Brockbank came on in his place at left-back.

Isgrove continued his good run of former with another admirable display, and he did stupendously well to keep in Afolayan’s pass before sending in a delightful ball into the box which was thumped away by a United defender.

A well-worked short corner from Isgrove to Thomason was squared to the edge of the box and into the path of Brockbank whose long-range strike didn’t trouble Farman.

Wanderers made their second change with just under 20 minutes remaining when Nathan Delfouneso came on for Afolayan and Gilks was called into action shortly afterwards.

The hosts had trouble clearing the threat from Alessandra who latched on to Jack Armer’s centre, but Gilks eventually blocked the attacker's eventual strike at the expense of a corner.

Carlisle came close to a leveller on 76 minutes with Kayode inches away from turning in Omari Patrick’s angled shot.

Evatt made his final substitution a moment later when Zack Elbouzedi came on for the hard-working Isgrove and with Carlisle champing at the bit to get themselves back into the game, Jon Mellish beat the offside trap only to see Gilks turn away his effort at the near post.

A spell of pressure from the visitors ended in a corner after Baptiste produced an important block to get in the way of a Mellish effort.

But Wanderers stood firm and repelled Carlisle every time they went forward to earn their victory and preserve their spot among the automatic promotion places.


Bolton Wanderers’ forthcoming Sky Bet League Two fixture against Carlisle United at the University of Bolton Stadium on Tuesday 20 April will now kick off at 7pm. 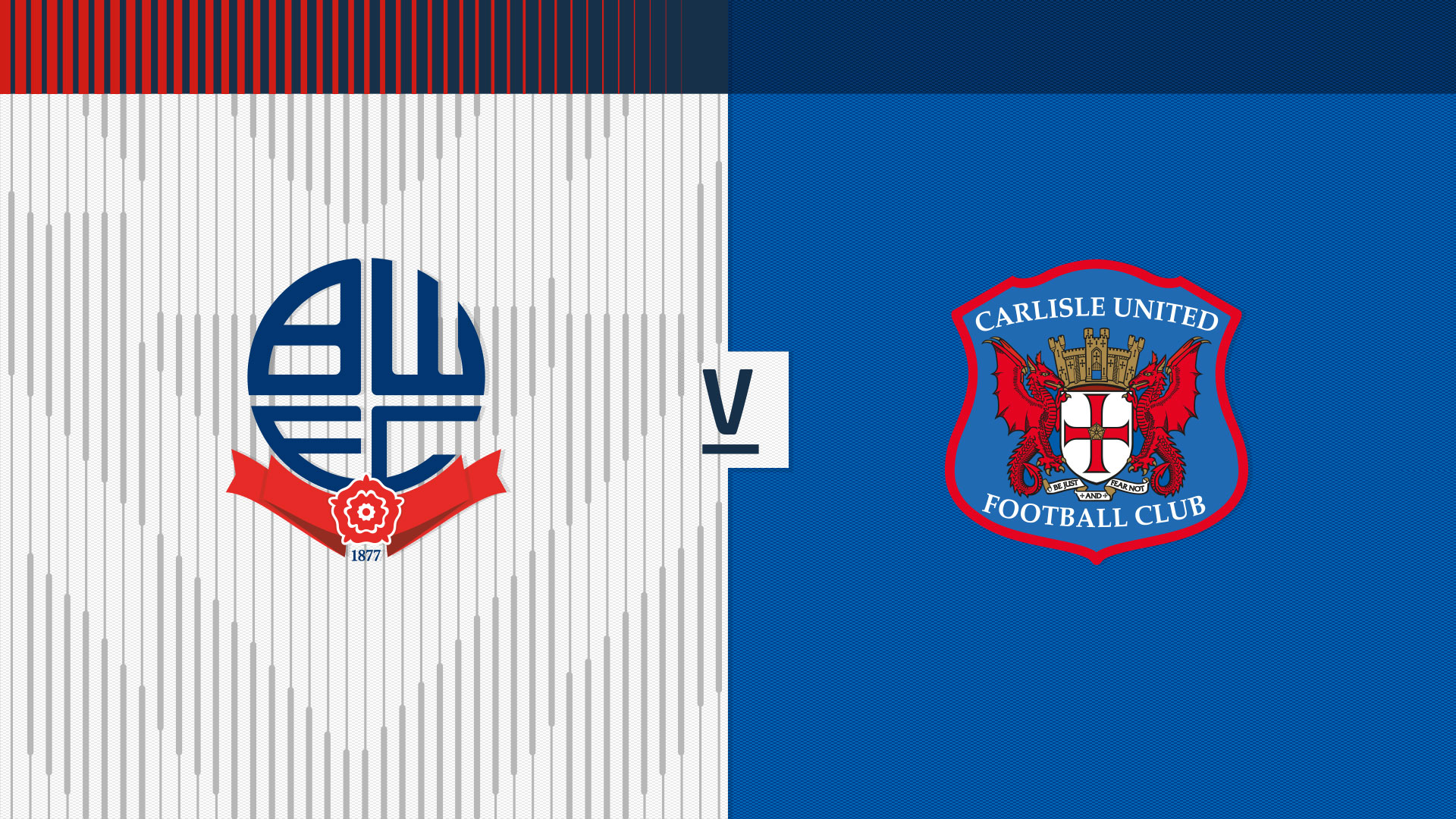 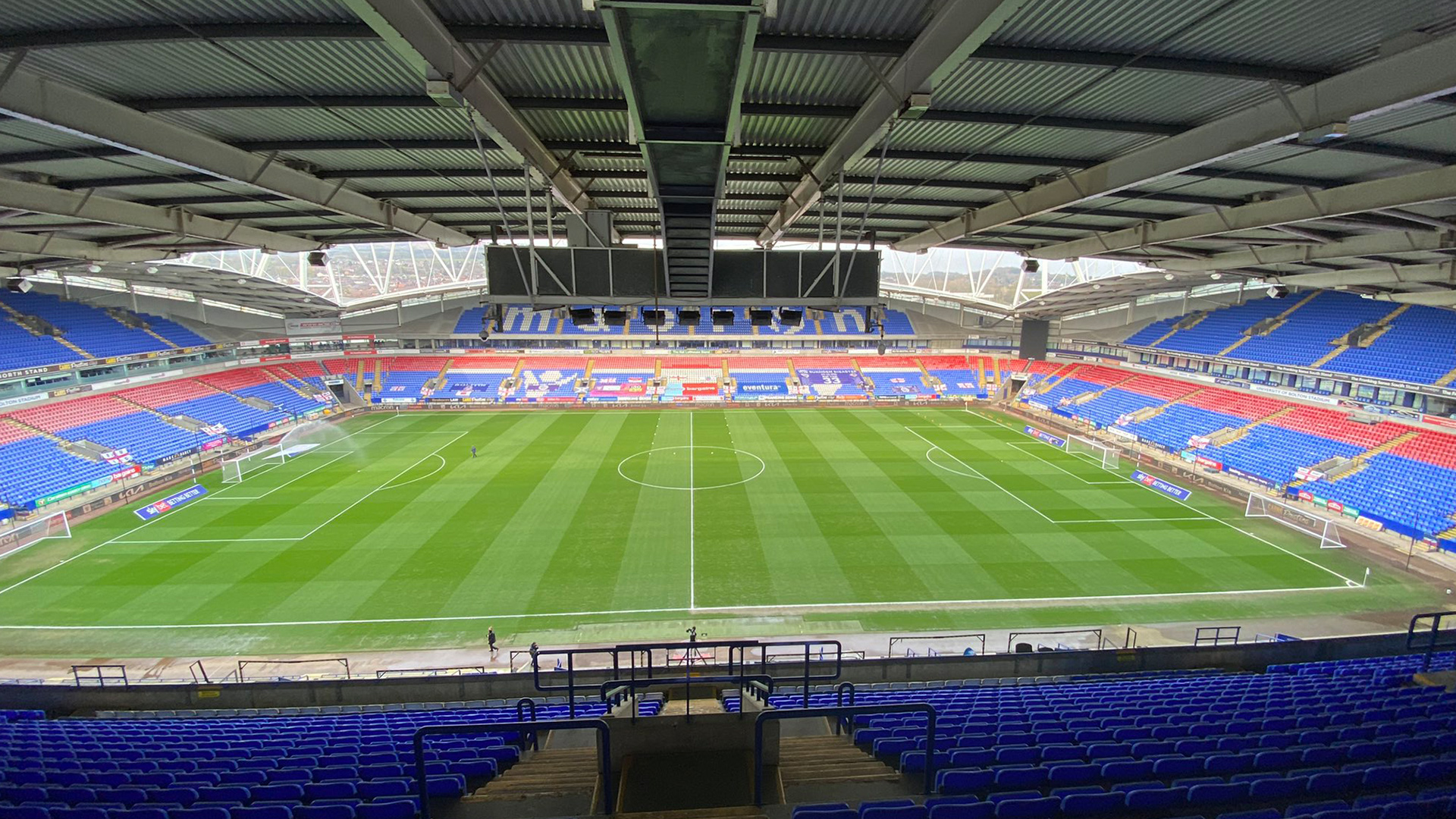