Bolton Wanderers return to the University of Bolton Stadium on Good Friday (Kick Off 1pm) fresh from beating Forest Green Rovers at the weekend and leapfrogging them to move up into fourth spot in the Sky Bet League Two table.

Ian Evatt’s men will be looking to continue their excellent form which has seen them win 11 and draw two of their last 13 matches.

Ian Evatt: “I’ve said to the players that I'm under no illusions that this is going to be the toughest game of our run so far for a number of reasons.

"One, everyone expects us to win, there’s a different kind of pressure.

"Number two, Colchester are actually playing a lot better than the results suggest. They’ve got some good attacking players, good attacking weapons, and can counter-attack fast, so we have to make sure we’re reliable in possession and limit transitions.

"They’ve just not had the right results of late but everyone comes here and raises their game, lifts their game, especially now we’ve got even more of a target on our back with how we’re performing.

"It’s going to be tough and the players need to get their heads around that and make sure they’re at it and they perform to the levels that I expect and if they do that, we’ve got a great opportunity to win the game.

"But unless they do that and give them the respect they deserve, we could get hurt, as we did against Walsall, we took a punch on the chin and we had to come out swinging second half. Hopefully, we’re not going to have to do that again and we can manage the game from start to finish.”

“They’re professional and they’re a good group of lads.

“You just want us to win and see the confidence flying back into them.

“I’m sure one result will see that happen.

“It’s always tough when someone loses their job and it was the same when Steve (Ball) left.

“It was the same with Wayne (Brown) and it’s never nice to see someone lose their job, especially when they work so hard for the football club and they give so much.

“But the players were professional and took on board the messages.

“Hopefully they’ll tap into them and take them into Friday."

Wanderers’ supporters can watch the game against Colchester United by purchasing an iFollow BWFC video match pass for just £10 you don’t have to miss a kick.

Ian Evatt has no fresh injury concerns ahead of the game with Antoni Sarcevic, Dennis Politic, and Liam Edwards continuing their rehab from injuries.

Wanderers have maintained their position at the peak of the Sky Bet League Two form table over the last ten games.

11 wins and two draws during a 13-game period have seen them pick up 35 points from a possible 39.

Meanwhile, Colchester have only won one of their last ten games and travel up to the North West on the back of a 2-1 defeat against Bradford City at the weekend.

Goals in each half by Tom Eastman and Jevani Brown ensured that Colchester United ran out 2-0 winners when the sides last met in September.

Wanderers dominated possession and created plenty of chances but weren’t able to get anything from their first away trip of the campaign. Colchester United frustrated Bolton Wanderers as they held Ian Evatt’s men to a goaless draw at the University of Bolton Stadium on Good Friday.

The hosts dominated the first half, hitting the woodwork on two occasions before seeing a perfectly good goal from Eoin Doyle chalked out for offside.

But the visitors held Wanderers and proved to be obdurate during the second-half.

Ian Evatt made just one change to his starting XI with Arthur Gnahoua coming in for George Thomason who was named among the substitutes.

Prior to kick-off, the players held a minute's applause in memory of our former striker and club legend Frank Worthington.

Wanderers began the game in good tempo and holding onto the ball for long spells, hardly giving their opponents any sight of the ball.

Declan John clipped the top of the crossbar with a well-struck free-kick after six minutes when Dapo Afolayan was hacked down just outside the box.

MJ Williams fired wide after Wanderers probed their way into an attacking position thanks to some good footwork from Afolayan and Kieran Lee.

Dean Gerken kept out a Doyle header at full stretch after the Irishman got on the end of Gethin Jones’s deflected cross.

Gerken was in the thick of the action yet again when he kept out a strong strike off Lee who received the ball after Afolayan split the defence open.

Wanderers had the ball in the back of the net after 29 minutes but Doyle’s effort was ruled out for offside when Jones’s initial effort was tipped onto the crossbar by Gerken.

Although Wanderers dominated play during the majority of the opening 45 minutes they were frustrated by Colchester.

The visitors enjoyed their best spell of the game during the opening stages of the second half, pressing Wanderers and earning a series of corners.

Noah Chilvers flashed wide with a volley to give Wanderers a scare when Miles Welch-Hayes’s header wasn’t cleared by the hosts' defence.

Evatt made a double substitution on the hour mark with Zack Elbouzedi and Marcus Maddison coming on for Nathan Delfouneso and Arthur Gnahoua respectively.

Lee’s corner eventually found Miller at the far post but the striker’s effort didn’t have enough power on it to trouble Gerken and United weathered the storm to hold on for a point.

Wanderers stretched their unbeaten run to 14 games and moved into third spot of the Sky Bet League Two table. 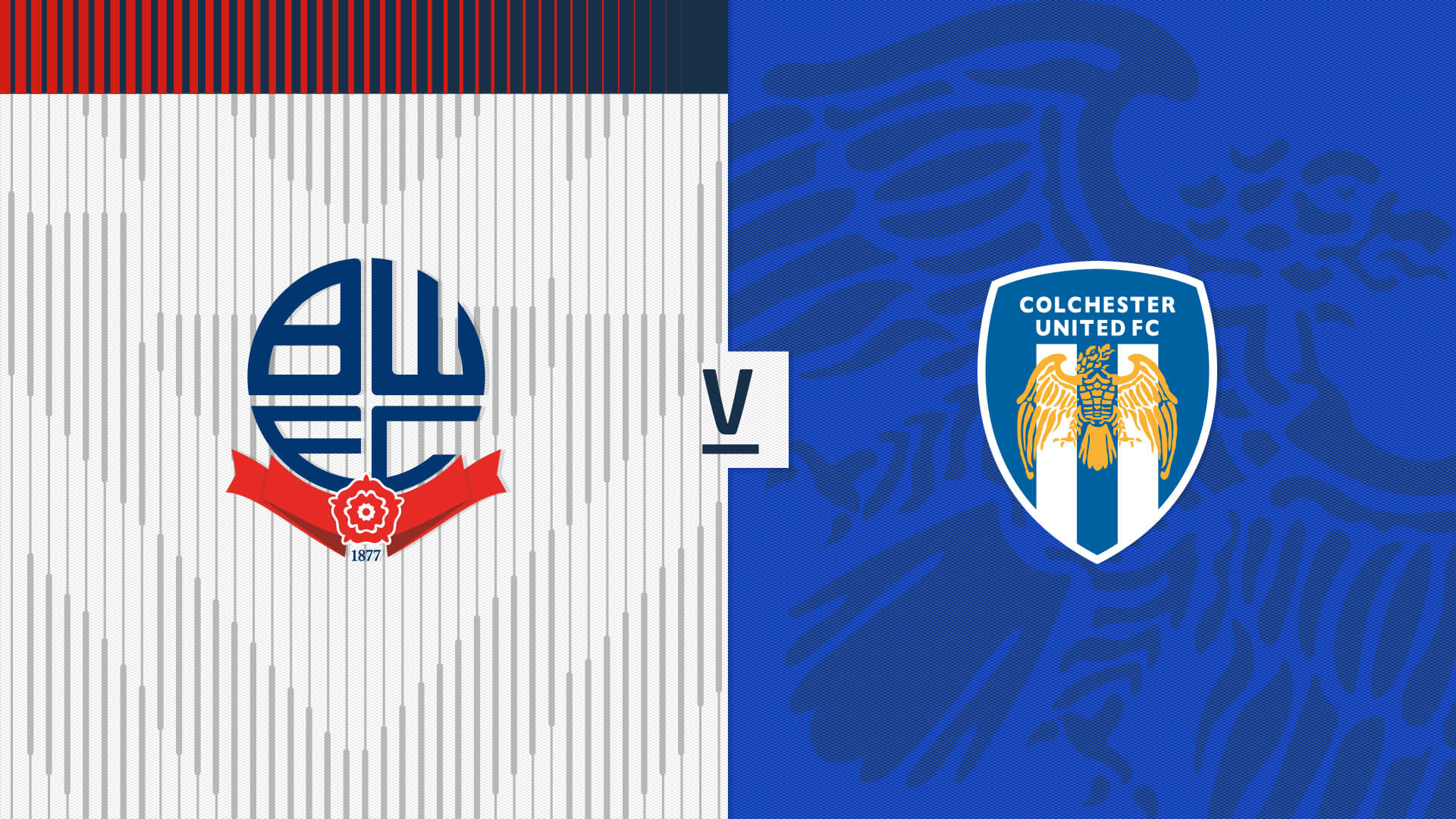 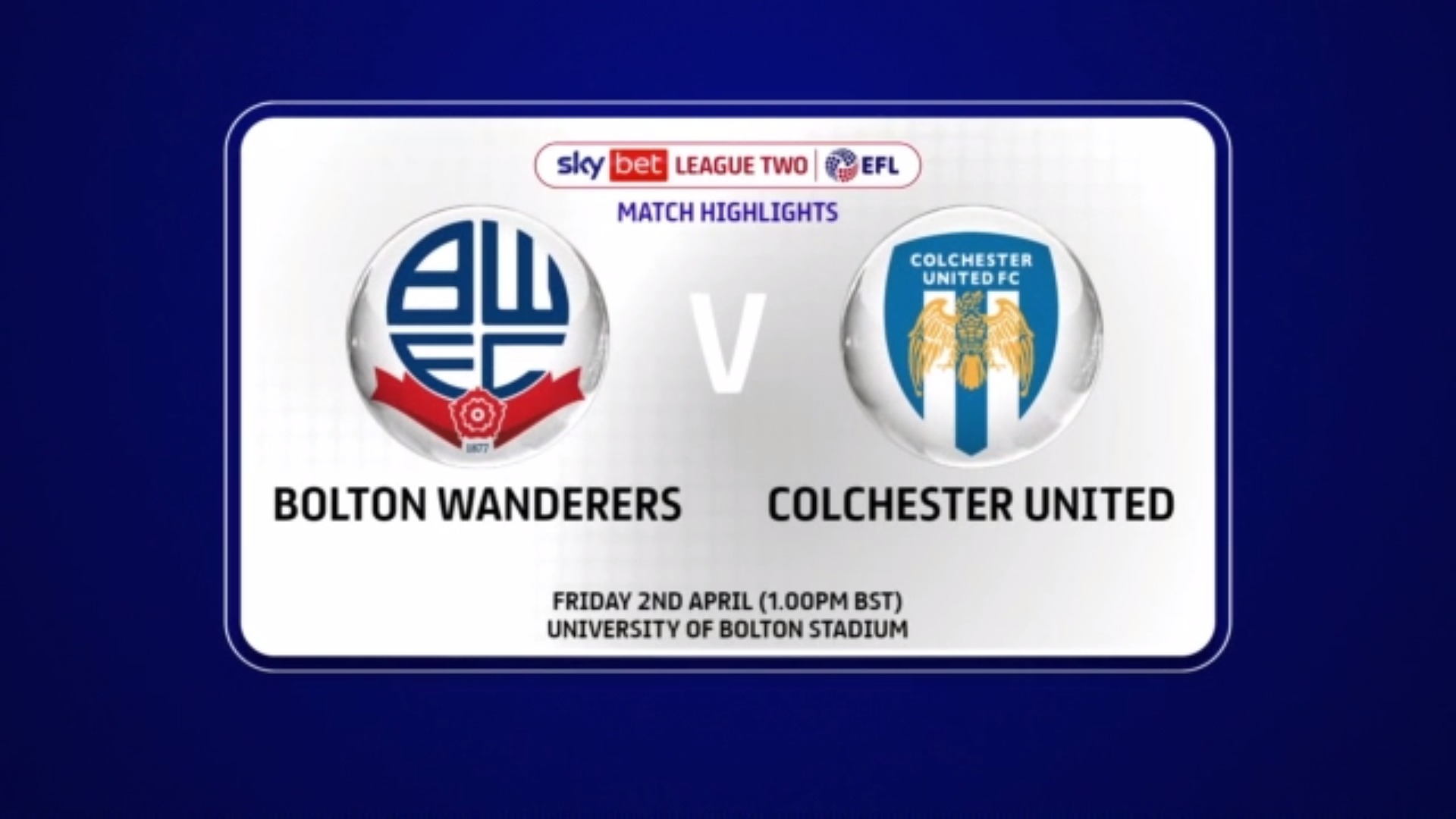 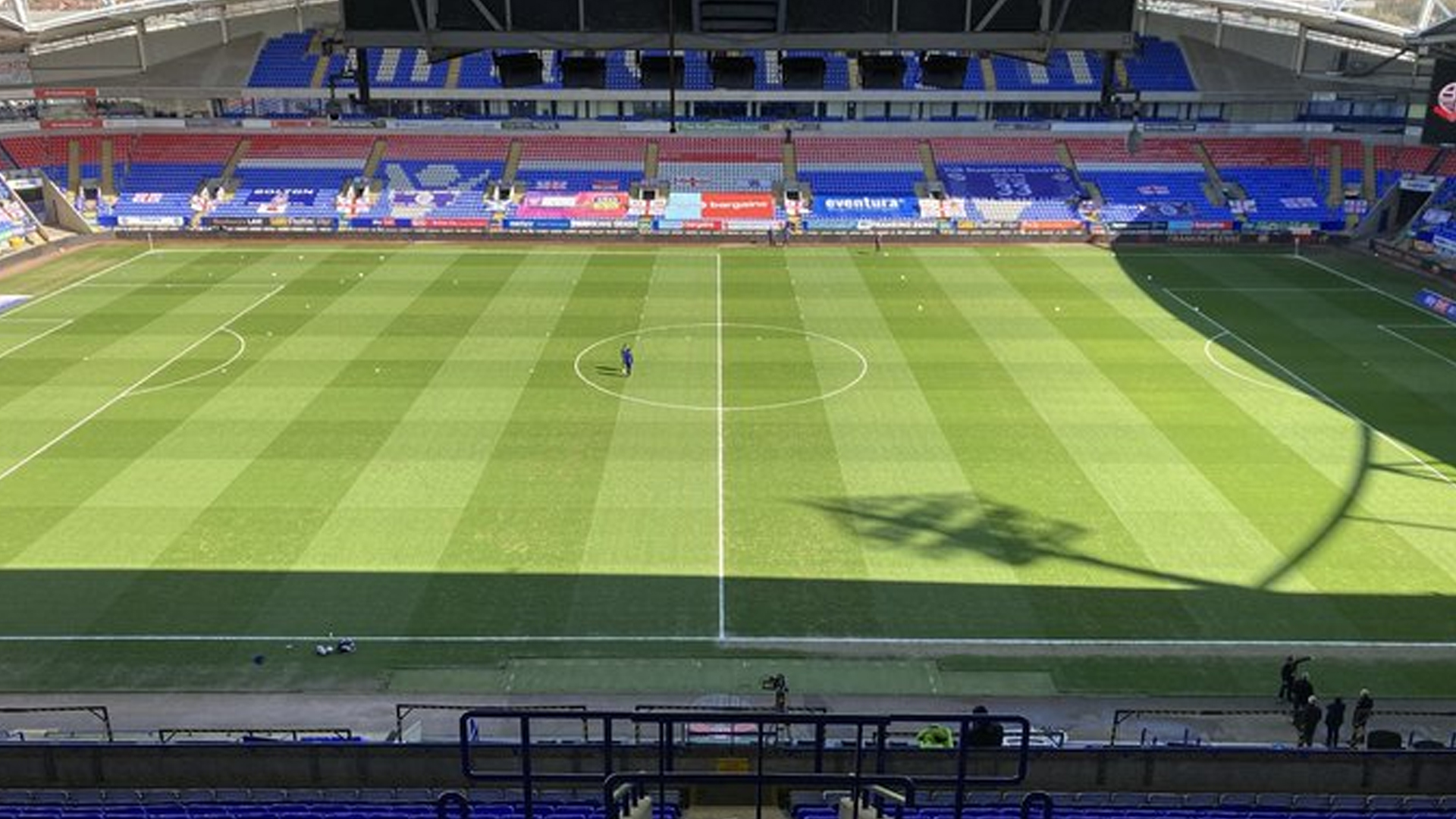