Bolton Wanderers took a giant step closer to automatic promotion as they defeated their nearest rivals Morecambe by a single goal thanks to Ben Jackson’s sweet finish on the stroke of half-time.

The hosts were reduced to ten men midway through the opening 45 when Kelvin Mellor was shown a straight red for kicking out at Dapo Afolayan.

Wanderers went on to dominate the contest which saw them open a four-point gap on the chasing pack with only two games to go.

Ian Evatt made one enforced change from the side that beat Carlisle United in midweek with Ben Jackson coming in to replace the injured Declan John.

Wanderers captain Antoni Sarcevic was named among the substitutes after returning from the hamstring injury that had kept him out of action since last month.

An early break from Wanderers saw Dapo Afolayan charge down the pitch before switching it to Lloyd Isgrove, but the winger’s cross was too deep and it drifted out of play.

Wanderers won a free-kick when former Bolton defender Sam Lavelle brought down Kieran Lee as the Whites looked to build an attack. Jackson’s floated free-kick was eventually cleared by the Shrimps’ defence.

Lavelle stretched to get on the end of Aaron Wildig's free-kick after Lee conceded a foul but his header went well wide.

A sloppy pass from Isgrove allowed the hosts to fly down the left but Ricardo Almeida Santos got in a superb block to prevent Carlos Mendes Gomes from delivering a cross.

Lavelle’s header from a near side corner by Aaron Wildig went straight into Matt Gilks’ hands.

A patient build-up over on the far side saw Alex Baptiste square the ball to Afolayan, whose low curling effort went narrowly wide.

Morecambe were reduced to ten men after 23 minutes when Kelvin Mellor was shown a straight red when he appeared to kick Afolayan after a challenge between the pair.

Lavelle glanced away Gethin Jones cross for a corner as Wanderers pressed forward.

Morecambe boss Derek Adams was involved in a needless altercation with Afolayan who went to retrieve the ball and the pair were booked by the referee.

Jackson was unlucky not to put Wanderers in front when his close-range volley was tipped over excellently for a corner by Kyle Letheren.

Baptiste fired a shot wide from distance after Isgrove and then Lee poked their way into attacking positions.

Wanderers took the lead on the stroke of halftime thanks to Jackson’s beautiful right-footed curler that sailed beyond Letheren and into the bottom corner.

Evatt made his first change during the break when he brought on Nathan Delfouneso for Afolayan.

Jackson forced another save out of Letheren as the keeper tipped away another powerful effort from the fullback over the bar.

Sarcevic came off the bench to make his return to action with 20 minutes remaining when replaced George Thomason.

Isgrove’s corner was headed marginally wide by Almeida Santos as Wanderers looked to put the game to bed.

Evatt made a third change for the visitors when Shaun Miller came on for Eoin Doyle on 74 minutes.

Right on the stroke of full-time Wanderers cleared off their own line thanks to an intervention by the warrior Baptiste as Morecambe rallied.

But Wanderers saw out the game and picked up the victory in the knowledge that they only need to win one out of their final two games to claim automatic promotion to Sky Bet League One. 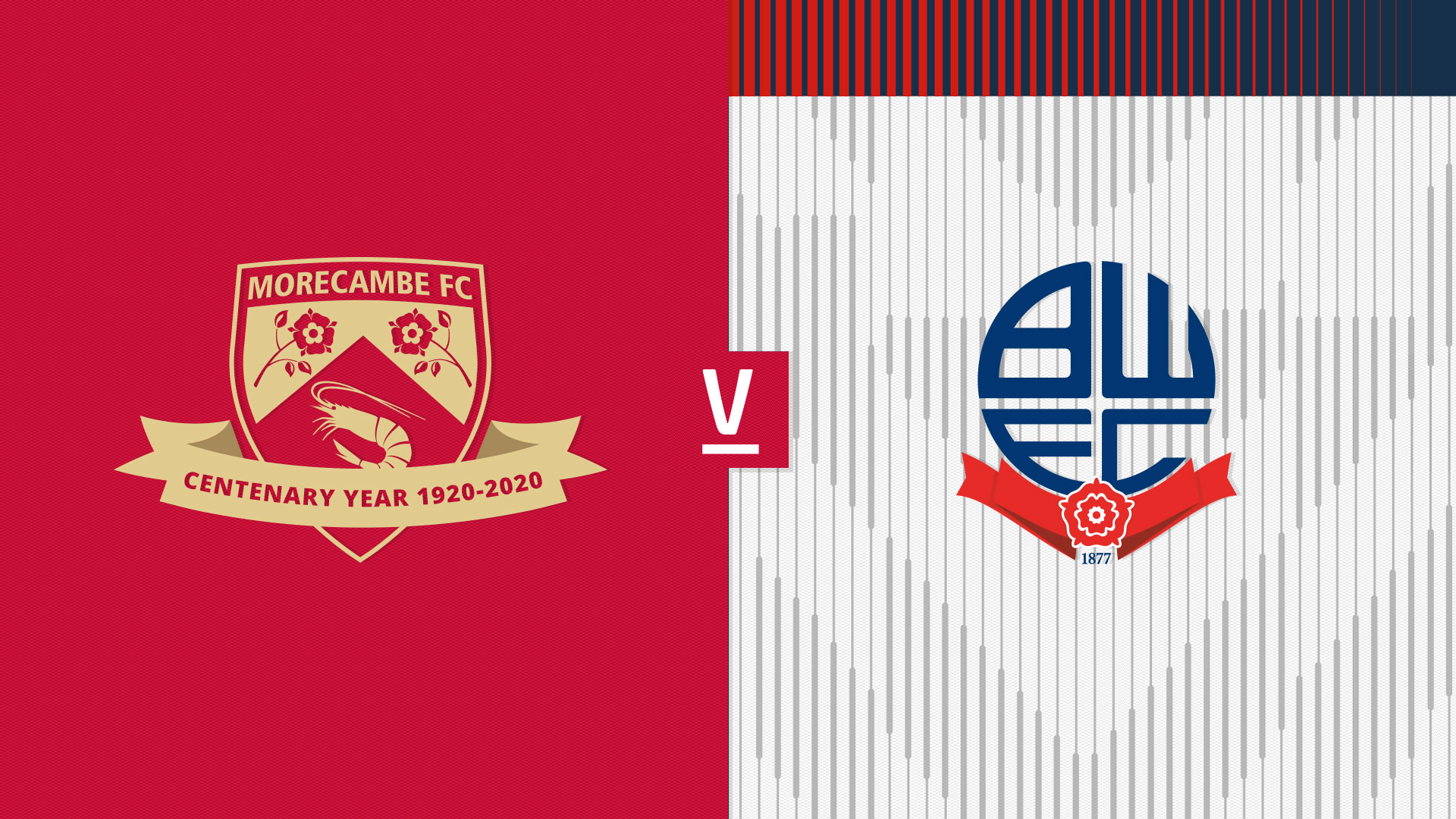 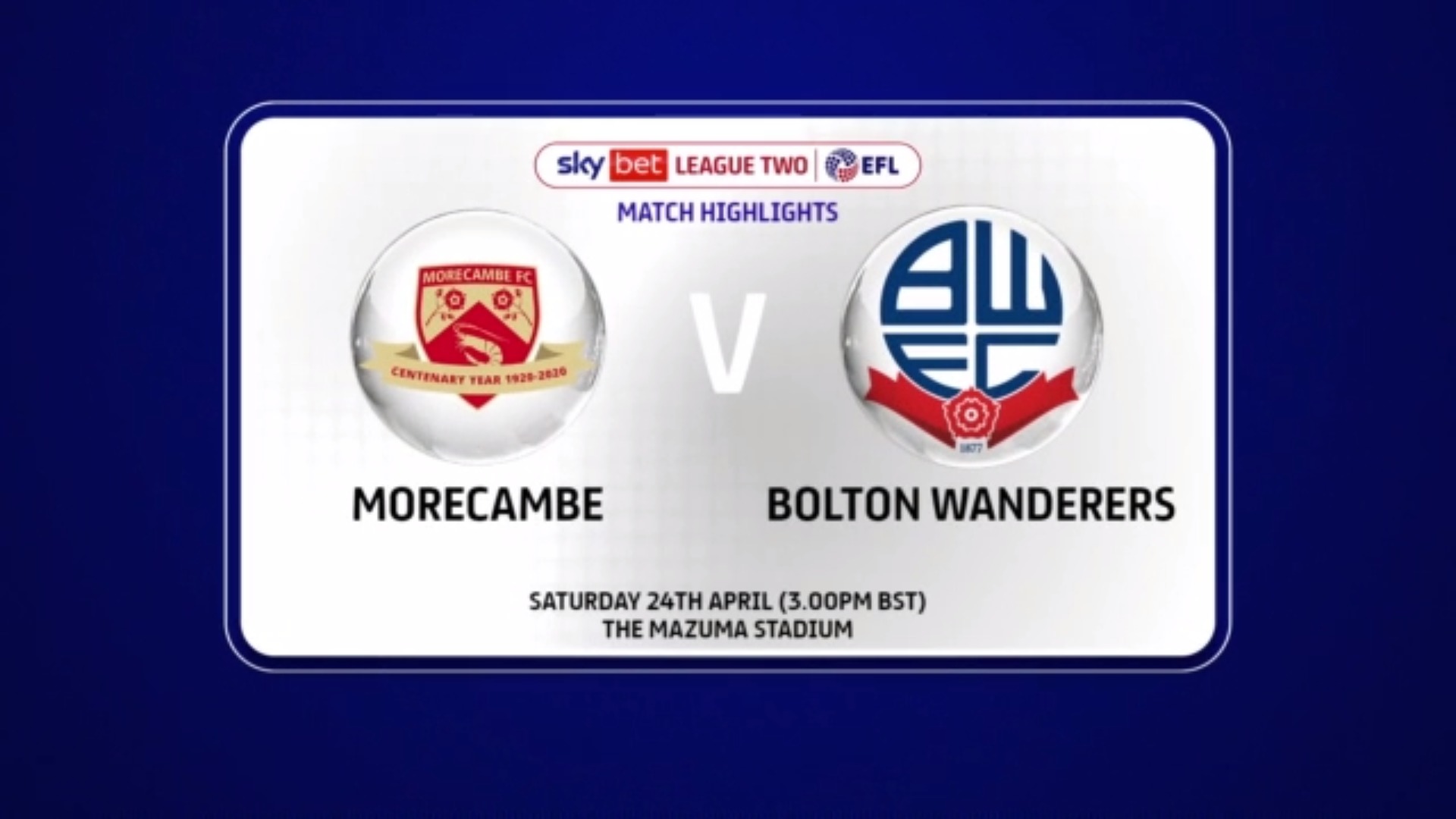 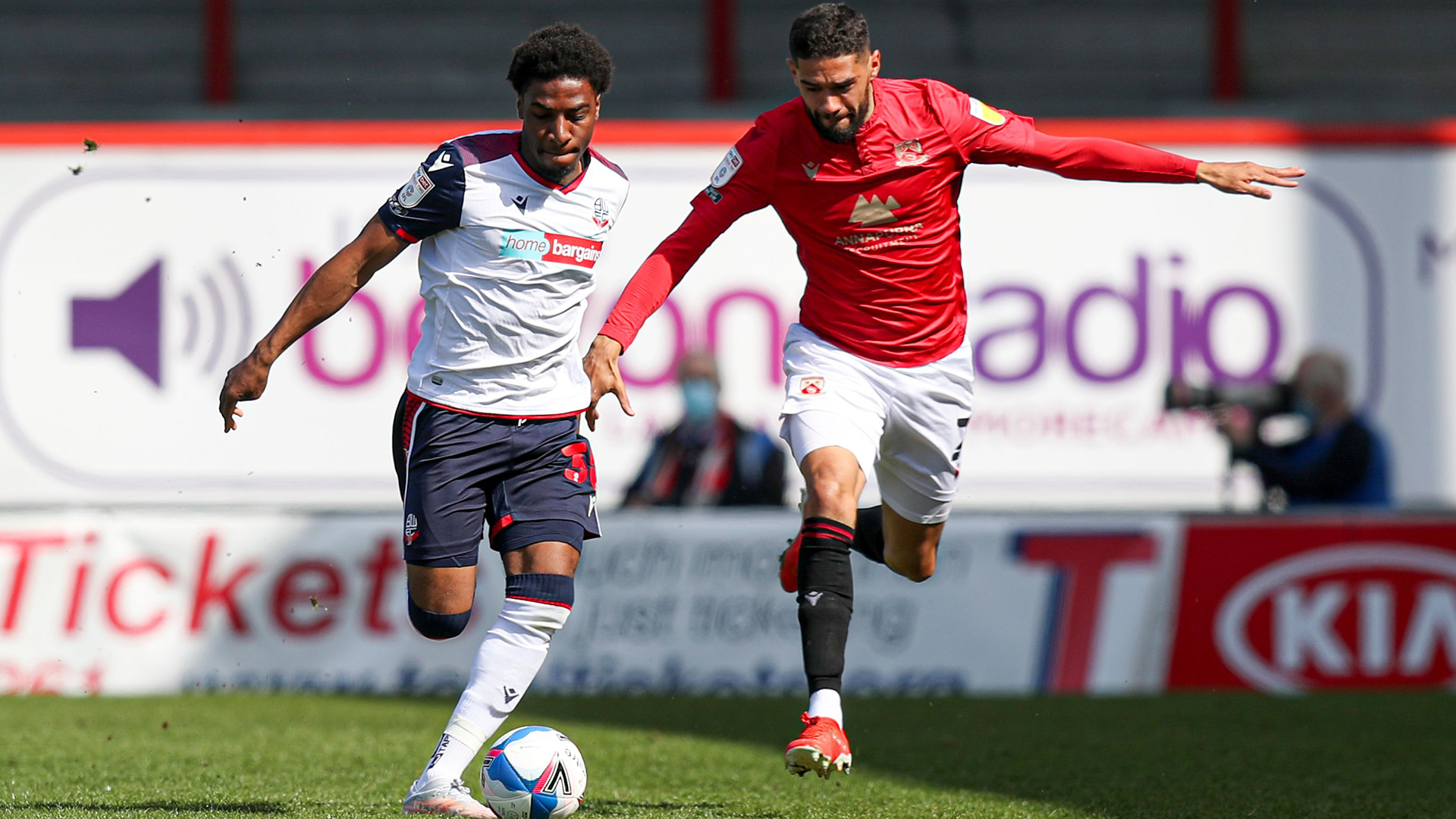