On the final afternoon of football before Christmas, it proved to be a hugely disappointing result with Tranmere coming away from the University of Bolton Stadium with a comfortable victory thanks to goals from Peter Clarke, Kieron Morris and James Vaughan.

Wanderers began the game on the front foot but the first effort of note in the game came via Tranmere winger Corey Blackett-Taylor who cut infield from the left-hand side before seeing a low drive held onto by Matt Gilks.

Harry Brockbank got the nod to start ahead of Reiss Greenidge at left-wing back to make his return from an injury lay-off and he had the first Bolton effort of note. Unfortunately though, he couldn’t keep a dipping half-volley down after he’d been picked out by Gethin Jones’ low delivery from the right.

Nathan Delfouneso failed to hit the target with a first-time shot from 20 yards out after he was teed up brilliantly by Eoin Doyle and moments later the Irish forward had a couple of efforts of his own. His initial effort from distance was kept out by Scott Davies before the Wanderers number nine turned the ball wide of the mark after latching onto Jones’ low cross.

Tranmere began to get some kind of a foothold in the game midway through the half and after Kieron Morris fired a shot over the bar, he then teed up Blackett-Taylor who saw a drive pushed onto the post brilliantly by Gilks.

Keith Hill’s side went into the half-time break a goal to the good thanks to a Peter Clarke header. Rising the highest inside the box, the experienced defender powered a header past Gilks after connecting with Liam Feeney’s corner kick.

Similarly to the first half, Wanderers started the second period on the front foot and Nathan Delfouneso saw an effort deflected onto the post by James Vaughan. Clarke who scored the opening goal, then produced a brave block with his head to prevent Doyle’s shot from heading towards goal a few minutes later.

Doyle glanced a header comfortably wide of the target after getting onto the end of Alex Baptiste’s cross from the right-hand side, and Vaughan spurned a great opportunity at the other end skewing a shot wide of the target from inside the penalty area.

Just before the hour mark, Calum MacDonald produced a vital intervention to prevent Harry Brockbank from latching onto Lloyd Isgrove’s cross to the far post but midway through the second half Tranmere doubled their advantage. Afforded too much space to move towards the edge of the box, Kieron Morris unleashed a shot that beat Gilks and put Keith Hill’s side in an even stronger position.

Off the bench and looking to make an almost immediate impact, Ali Crawford forced Scott Davies into a smart save with a side-footed effort aimed for the bottom corner after he had linked up well with Doyle to manufacture an opening.

Tranmere were awarded a dubious penalty with a quarter of an hour remaining for what appeared to be a handball decision against Jones. Vaughan stepped up to take the resulting spot kick and made no mistake to fire the ball into the roof of the net.

Delfouneso, Jones and Isgrove all had efforts of their own in the latter stages of the game but Wanderers ultimately failed to breach the Rovers goal on a disappointing afternoon at the University of Bolton Stadium and fell to defeat. 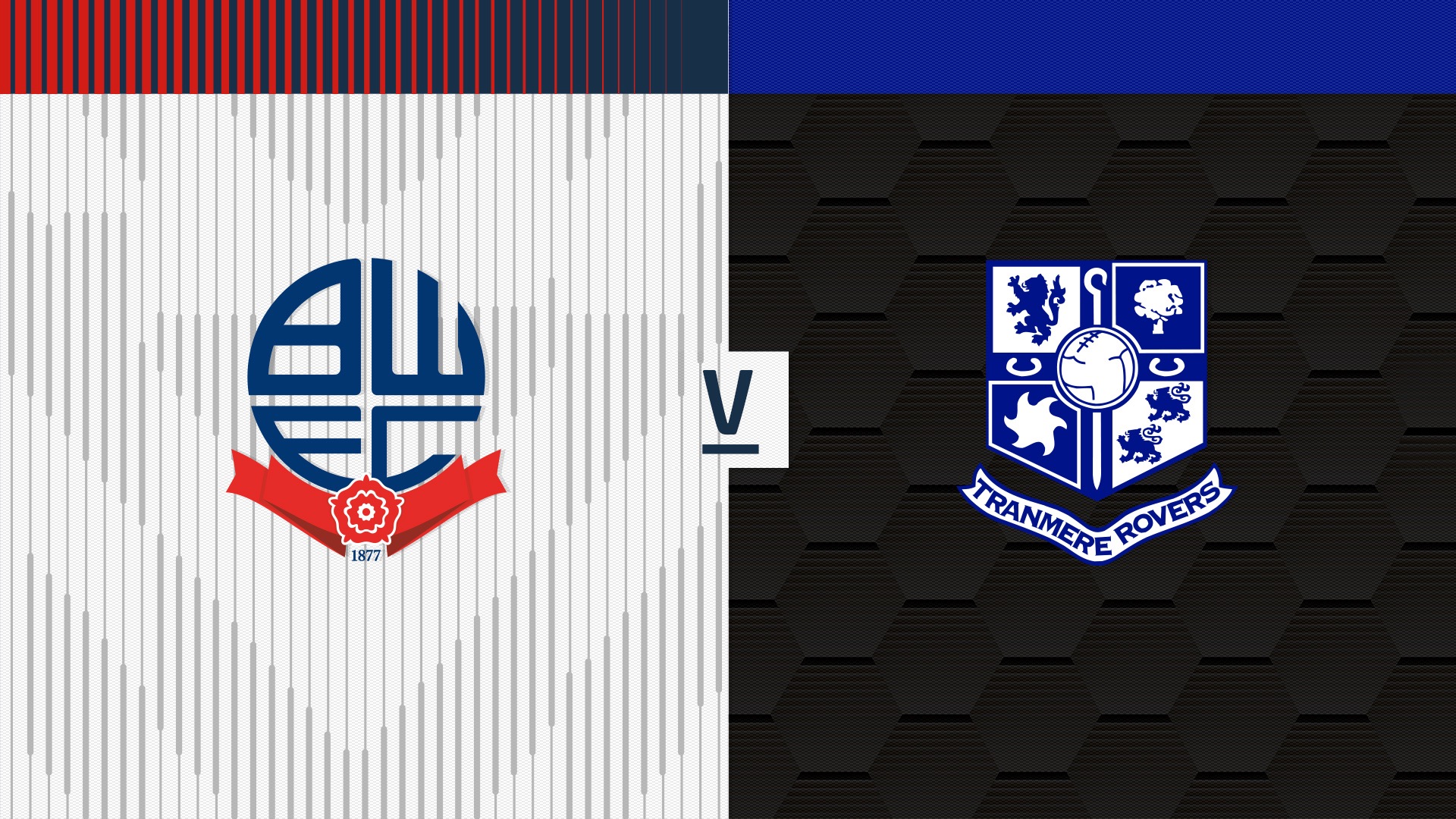 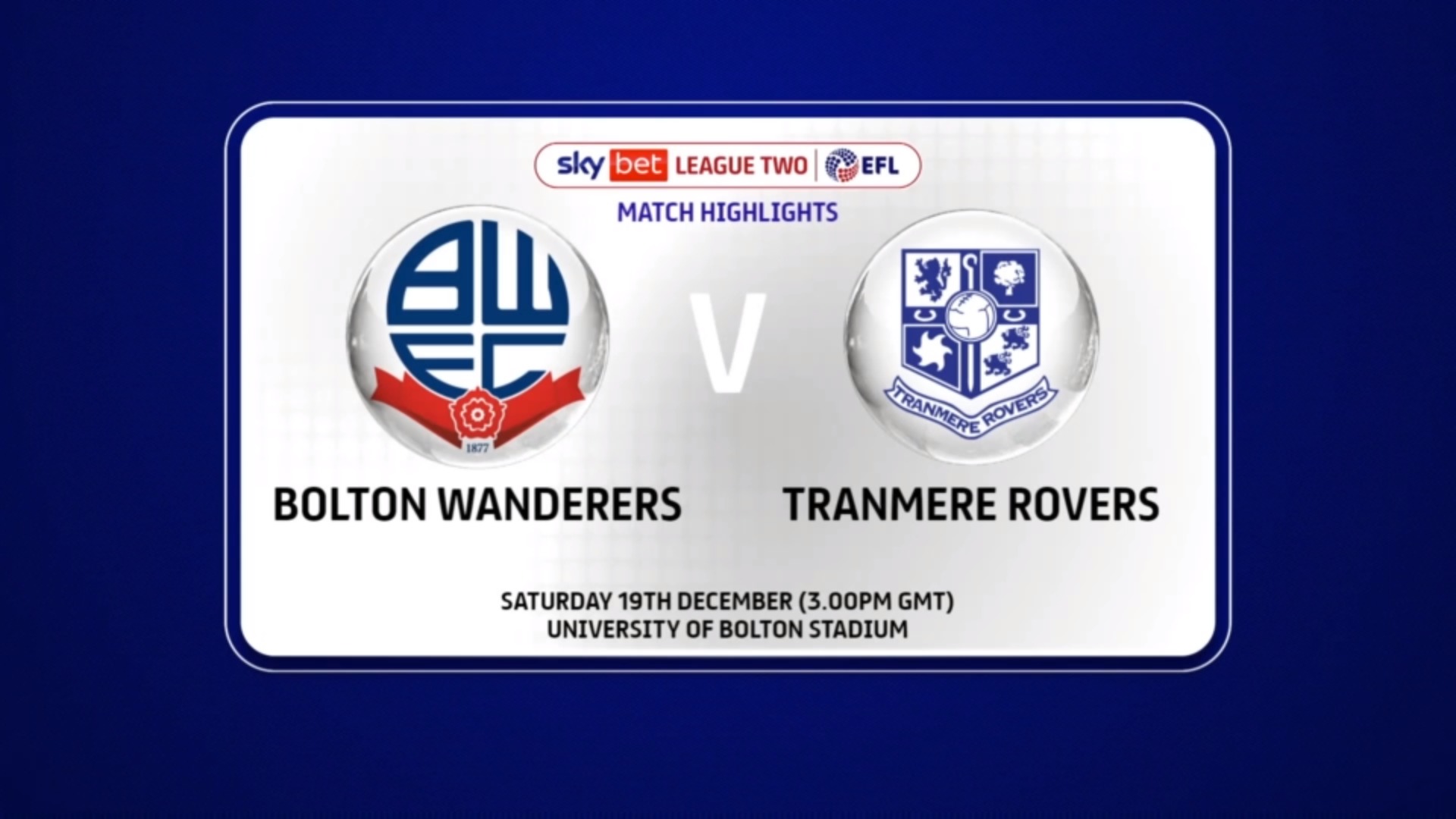 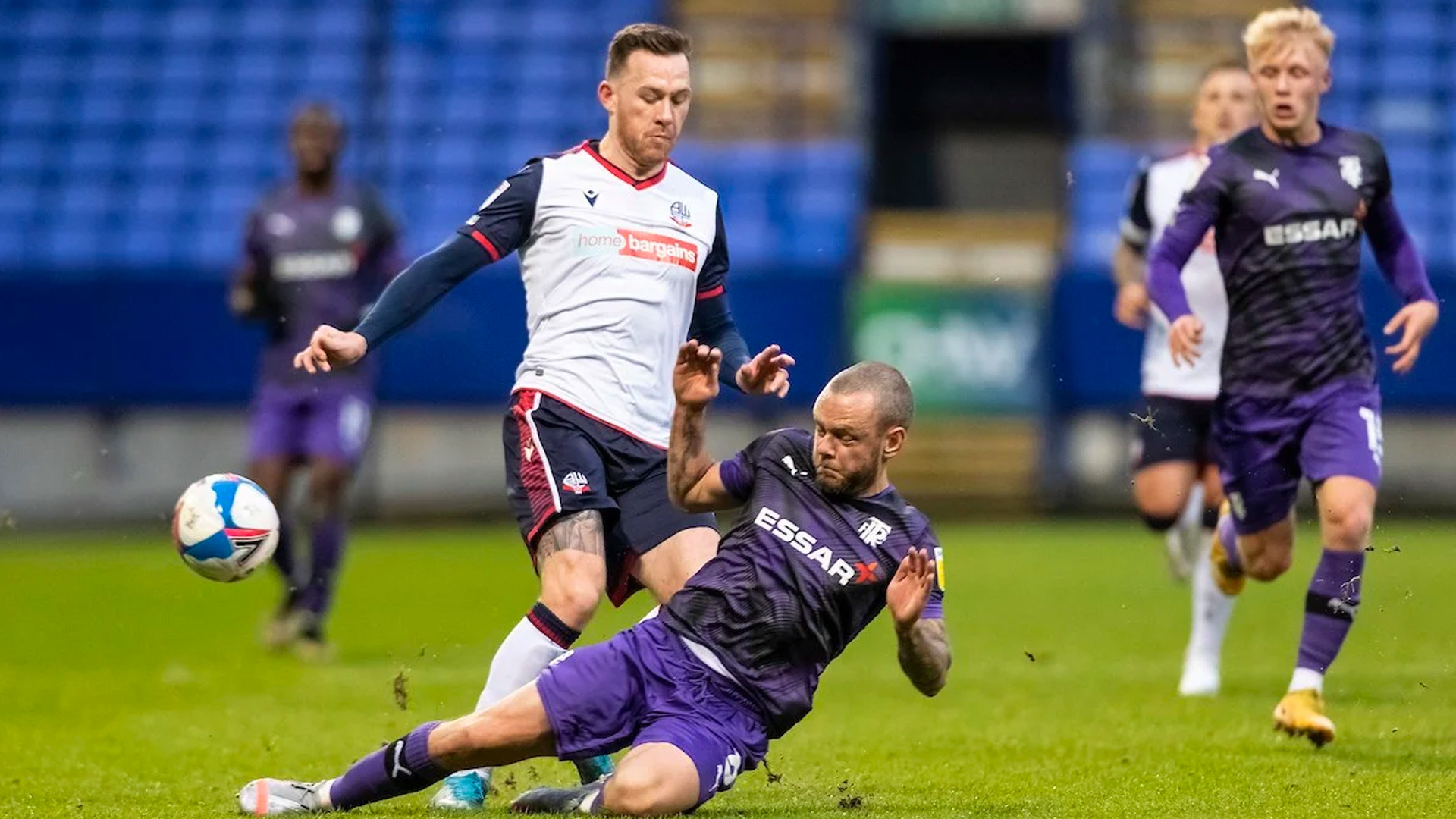