The big Irishman popped up at the far post to guide home from close-range right at the death to give Ian Evatt’s Super Whites a deserved victory.
The Wanderers boss made two changes from the side that lost to Walsall at the weekend with Lloyd Isgrove and Reiss Greenidge coming in for Ali Crawford and the injured Peter Kioso.
It was a slow start from both sides as they were finding their feet on a cold night in Gloucestershire.
Chris Hussey dragged a shot wide after five minutes when Alex Baptiste’s clearance from Alfie May’s cross landed in his path.
A long throw from Ben Tozer was eventually cleared after it momentarily caused a little bit of concern for the Wanderers defence.
Gethin Jones, who had reverted back to his more familiar right wing-back position, cleared Hussey’s free-kick after the former Bury full-back curled the ball into the danger zone.
Wanderers spurned a glorious chance to break the deadlock after 15 minutes when the hosts’ defence squandered possession deep inside their own half. Lloyd Isgrove was the beneficiary and he found himself one-on-one with Joshua Griffiths who made a block at the midfielder’s feet. The ball broke to Antoni Sarcevic but as he attempted to find Eoin Doyle the ball was rescued by the Town ‘keeper.
Some smart forward play by Wanderers saw a chance presented to Doyle but his low drive on the turn went narrowly wide.
Another opportunity went begging for Wanderers just moments later when a low cross from Greenidge found Nathan Delfouneso with his back to goal. The forward’s first touch and spin was sublime, but his shot went just over Cheltenham’s cross bar.
A quick break from Cheltenham saw May fire a powerful shot straight at Gilks, who batted the ball away.
Seconds later and Gilks made another save from the forward, this time with his feet.
May was Town’s most dangerous player during the opening half-hour and his shot took a wicked deflection off a Wanderers defender to go out for a corner.
An excellent interception by George Thomason saw the midfielder set up Doyle from distance but the Irishman skewed his left-footed effort well wide of goal.
No changes were made by either side as the second-half got underway.
A beautifully whipped-in cross by Thomason was headed over his own bar by Charlie Raglan as Doyle put the defender under pressure.
Delaney slid in to expertly clear a low cross from the right hand side as Cheltenham attacked with pace through May and the game began to turn into somewhat of an end-to-end contest.
Gilks made a save at close range to thwart George Lloyd after Wanderers were unable to clear Tozer’s long throw in.
Greenidge broke down the left after being picked out by Doyle and the big defender cut inside only to see his right-footed shot deflect into the arms of Griffiths.
Doyle’s powerful shot from 20 yards after Delfouneso lead the charge went straight into the arms of Griffiths as Wanderers strove to break the deadlock themselves.
Wanderers made their first switch after 67 minutes with Jamie Mascoll coming on for Greenidge at left wing-back.
Hussey whipped in a cross from the left-hand side which flashed across the face of goal to give Wanderers some reprieve and at the other end Doyle’s header from a Sarcevic cross took a deflection into the grateful arms of Griffiths as Wanderers still fancied themselves to on and get the winning goal in a tight contest.
Right at the death, Delaney guided home the ball at the far post after Ricardo Almeida Santos rose to flick on Isgrove’s corner.
It was a well-deserved victory for Evatt’s men who withstood the physical and aerial battle which the in-form Cheltenham launched at them.
Cheltenham Town: Griffiths, Raglan, Tozer, Boyle, Blair, Hussey, Sercombe, Azaz (Sang 69), Chapman (Reid 84), Lloyd (Williams 66), May.
Subs Not Used: Bowry, Chamberlain, Ebanks, Freestone.
Bolton Wanderers: Gilks, Jones, Greenidge (Mascoll 67), Delaney, Almeida Santos, Baptiste, Thomason, Sarcevic, Isgrove, Doyle, Delfouneso.
Subs Not Used: Crellin, Comley, Crawford, Hickman, White, Darcy.
Goals: Delaney (90+1) 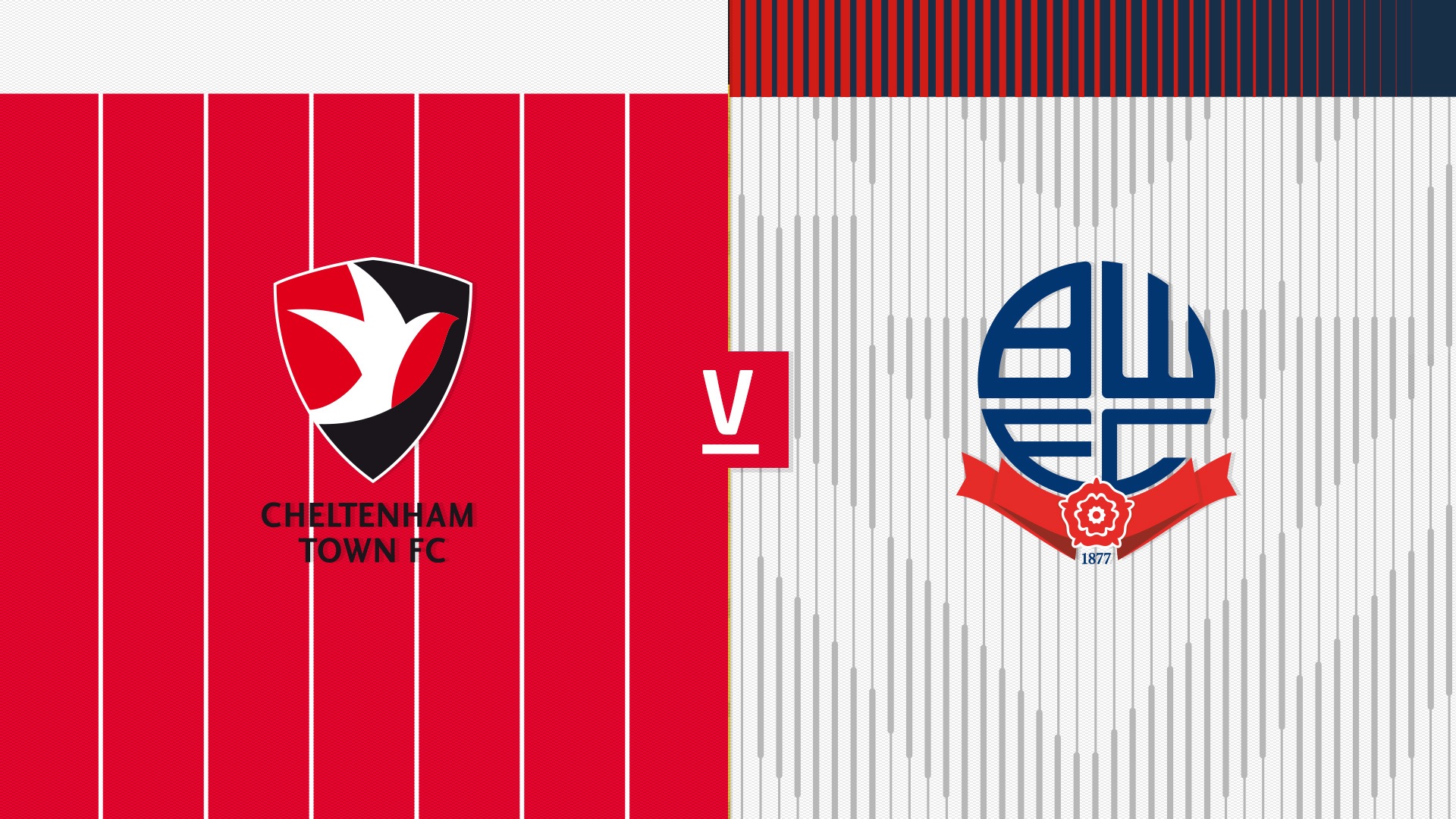 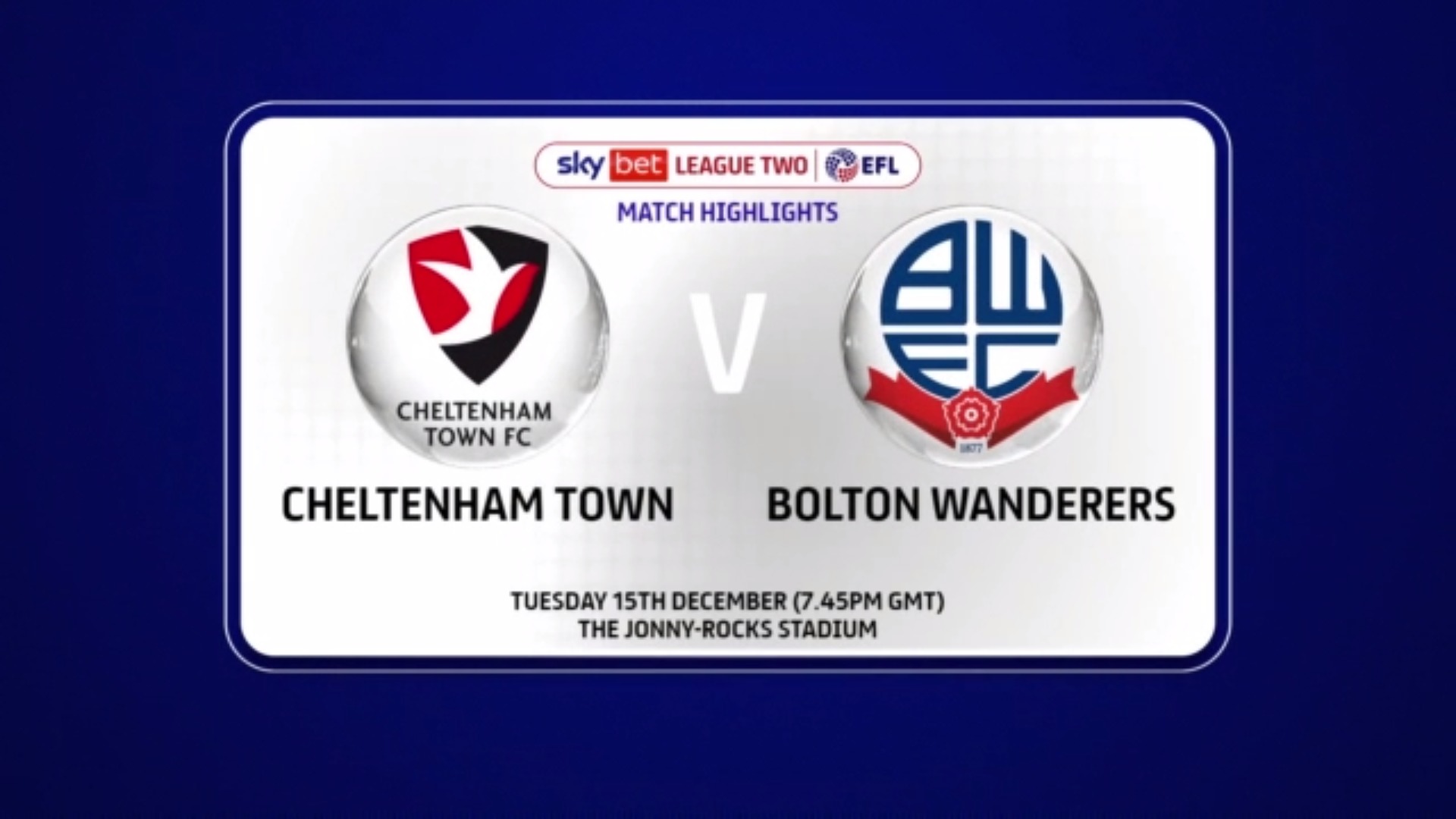 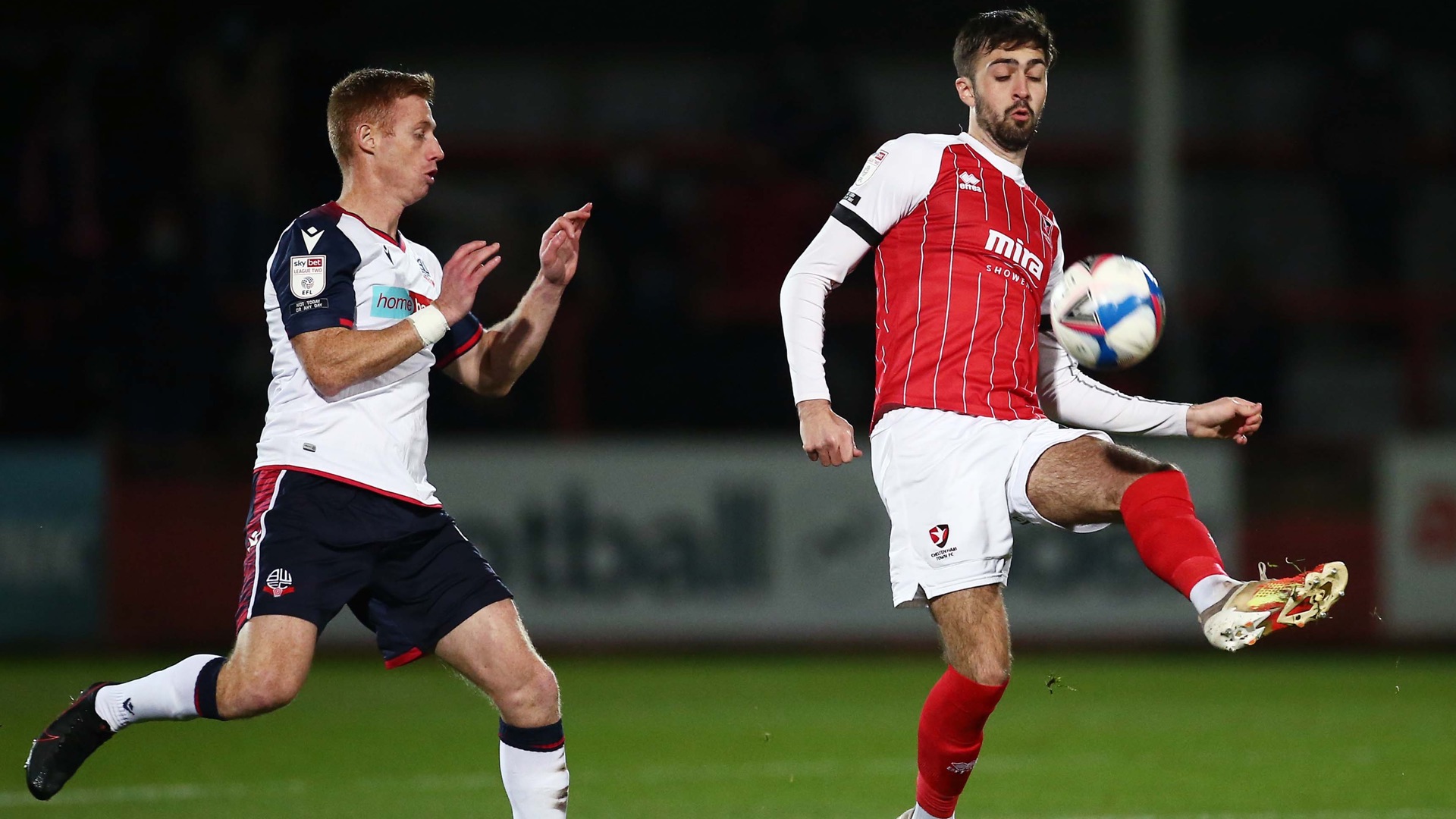