Substitute Arthur Gnahoua’s last minute thunderbolt completed a sensational comeback for Ian Evatt’s men as they fought back from two goals down with just 18 minutes of the match remaining to pick up a memorable three points.

After a goalless first half, Mansfield probably thought they were home and dry on a very wet pitch when goals from Ollie Clarke and Jamie Reid looked to have set them on course for victory.
But a Declan John goal and an own-goal from Mal Benning appeared to ensure the game would end up all square.
But 17 minutes after replacing Dapo Afolayan, Gnahoua smashed the ball beyond Aidan Stone with a beautiful right-footer from 20 yards out.
The Wanderers manager made two changes from the side that beat Stevenage at the University of Bolton Stadium at the weekend.
Kieran Lee came back into the starting eleven following a spell of self-isolation, in place of George Thomason who was named amongst the substitutes.
Lloyd Isgrove also started in place of Nathan Delfouneso who was on the bench.
Former Wanderers loanee Harry Charsley was issued with a yellow card after just three minutes on the clock after his high tackle on Dapo Afolayan left the winger writhing in agony.
MJ Williams picked out Maddison with a precise pass which sent the winger on his way but Ryan Sweeney outmuscled him as the ball rolled out for a goal kick.
Maddison shot high and wide from the edge of the box after Isgrove picked him out from the other flank when Wanderers had broken into the Mansfield half.
Matt Gilks dived low to keep out a side footer from Jordan Bowery after the frontman was played in by Stephen Quinn.
James Perch was the second Stags player to have his name taken by the referee after a heavy and late challenge on Isgrove.
Wanderers earned a corner when Perch put the ball behind whilst under pressure from Isgrove, who ran on to a beautiful pass from Lee who impressed on his return to the team.
Afolayan hit the inside of the post after some superb build-up play by Wanderers. As the half wore on Wanderers were looking more composed and comfortable in possession.
Bowery rose to George Maris' corner but could only steer his header wide of goal.
No changes were made by either side during the half-time break.
A threatening ball in from the right side by Maddison evaded both sets of players after Wanderers restarted the second half brightly.
At the other end, Bowery’s cross-shot rebounded off Gilks’ right-hand post.
Wanderers made their first change of the evening after 62 minutes when Delfouneso came on for Maddison.
Stags captain Ollie Clarke broke the deadlock after 65 minutes when his powerful strike from distance beat Gilks who inadvertently allowed the ball to slip through his hands.
Adofalyan made way for Arthur Gnahoua as Evatt made his second change of the evening.
The hosts then raced into a two-goal lead when Jamie Reid broke through fired into the bottom corner.
Wanderers almost got themselves back into the game when they broke away with Lee heading John’s cross against the post. Mansfield eventually cleared the ball away from danger.
Evatt’s men got a goal back to set up a nail-biting finish when John’s cross from the far side looped over Aidan Stone and into the back of the net.
The visitors made a double sub with eight minutes to go with George Thomason and Shaun Miller coming on for Lee and Isgrove.
Wanderers were back on terms shortly afterward when John’s cross from the left-hand side was diverted past Stone by Benning.
Charsley’s shot from the edge of the box deflected wide for a corner as Mansfield battled to try and restore their lead.
But it was Wanderers who found the back of the net when substitute Gnahoua beat Stone with a thunderbolt from 20 yards out with a minute of normal time remaining to complete a sensational comeback.
Bolton Wanderers: Gilks, Jones, Williams, Almeida Santos, Doyle, Maddison (Delfouneso 62), Isgrove, (Miller 82) Baptiste, John, Lee (Thomason 82), Afolayan (Gnahoua)
Subs Not Used: Comley, Tutte, Jackson.
Goals: John (79), Benning OG (85), Gnahoua (89).
Mansfield Town: Stone, Perch, Rawson, Sweeney, McLaughlin, Quinn (Benning 83), Maris, Clarke, Charsley, Reid, Bowery
Subs Not Used: Stech, Clarke, Law, O'Driscoll, O'Keeffe, Sinclair.
Goals: Clarke (65), Reid (72). 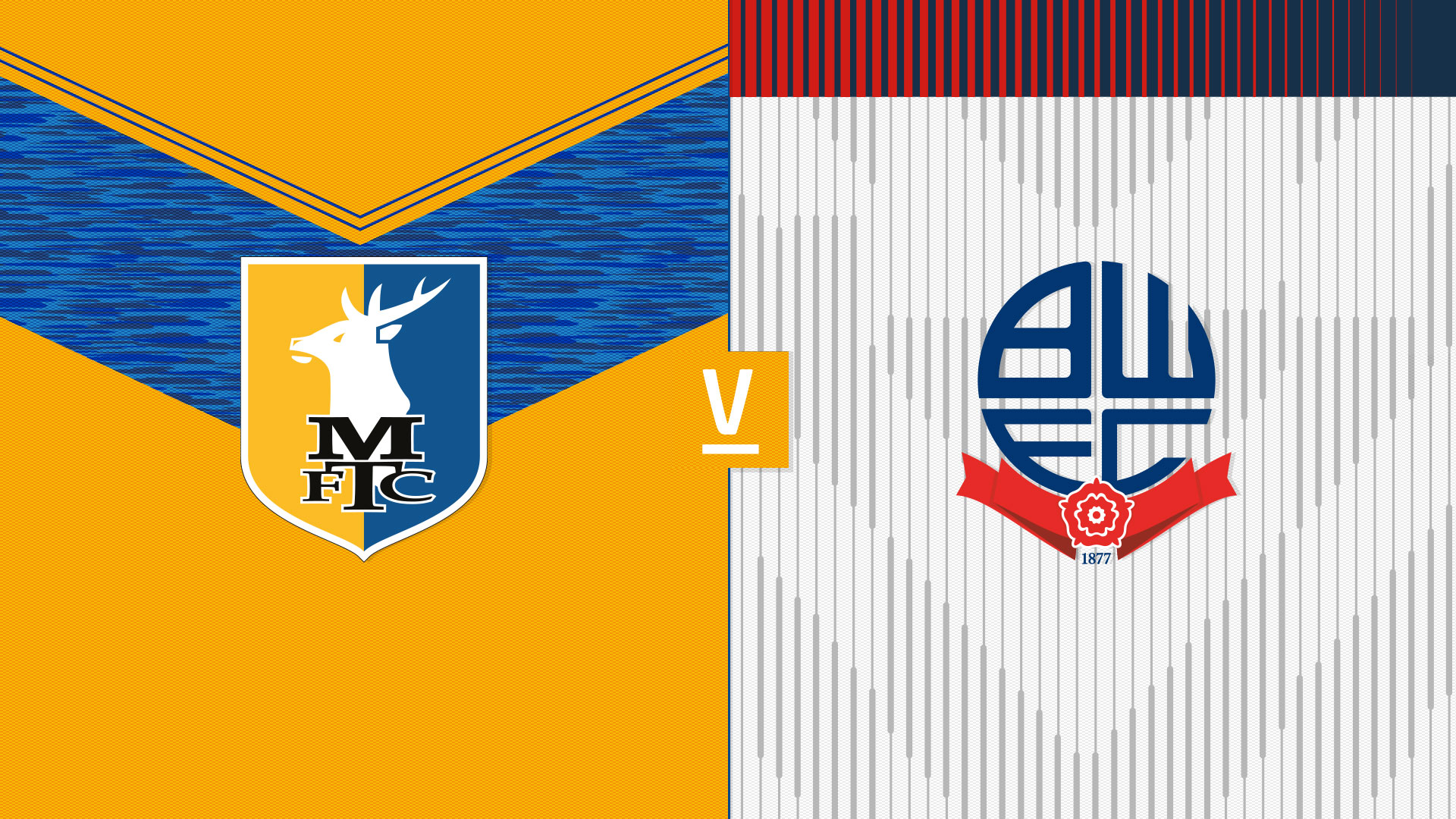 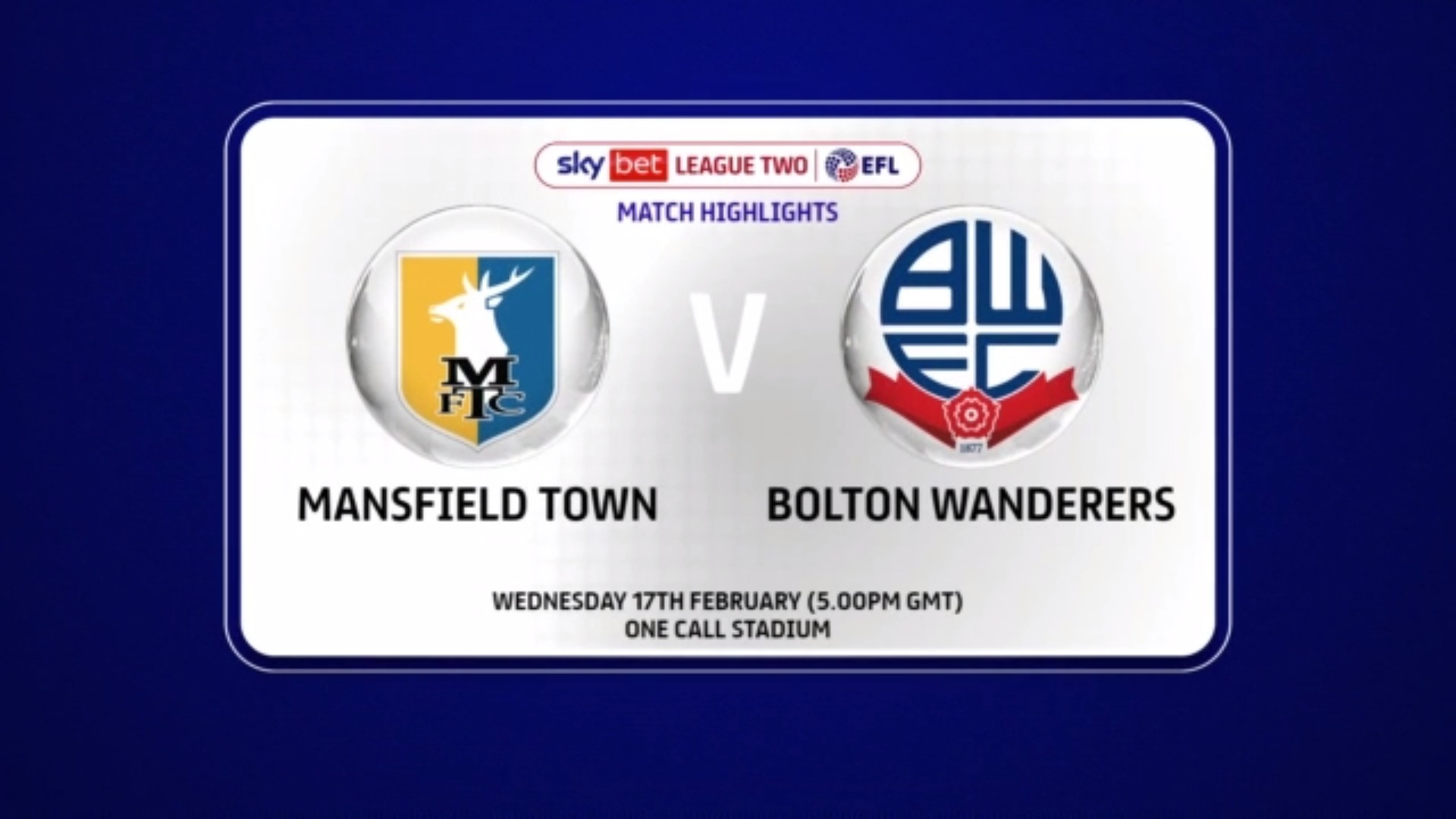 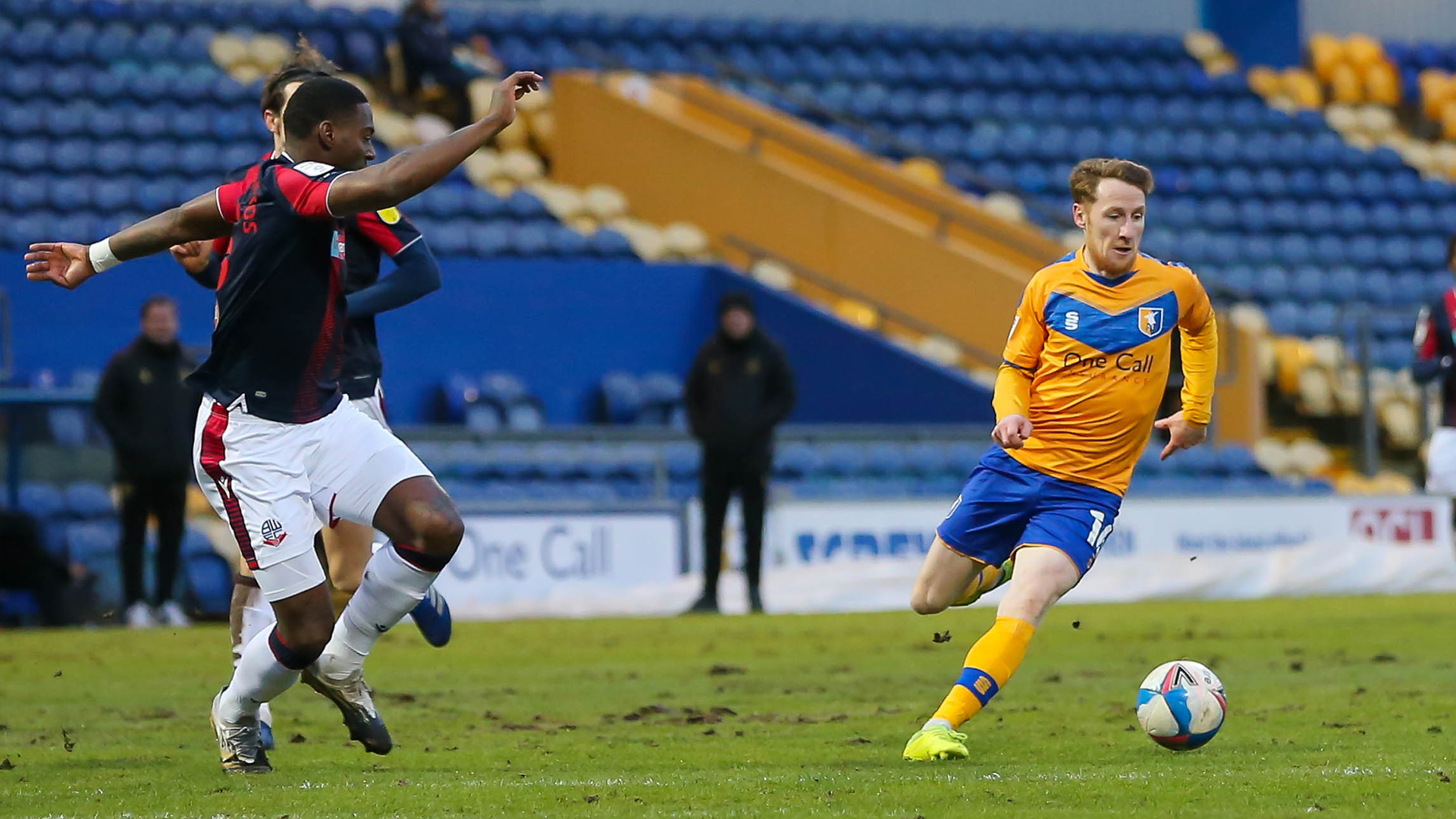