Wanderers return to Sky Bet League Two action tomorrow afternoon with a first ever league fixture against Crawley Town. Ian Evatt’s men prepare for their first outing in seven days following the postponement of the midweek fixture against Morecambe.

Ian Evatt: ‘It’ll be a difficult game no doubt, and they’re on the back of a very good win at Forest Green on Tuesday. In terms of the way they play, they change a lot. The formation they use changes and that depends on who they come up against – they adapt their tactics, so we don’t really know what to expect.

‘The most important thing for us it to concentrate on ourselves and be better at what we do. Certainly that means that defensively we need to be stronger and then continue to score goals like we have been doing in recent weeks.’

John Yems: ‘Every game we play is a tough game. They’re all tough trips but let’s hope that teams don’t want to play us – that’s the other side of it. There’s no easy games but that’s the way you want it. If they were easy then you wouldn’t be enjoying it so much.’

Wanderers supporters can watch the clash with Crawley Town by purchasing an iFollow BWFC video match pass for just £10 you don’t have to miss a kick.

Wanderers will be without defender Peter Kioso who serves a one-match suspension following his sending off for two bookable offences at Carlisle United on Boxing Day.

Aside from the obvious casualties in Dennis Politic, Liam Edwards, Arthur Gnahoua and Shaun Miller, Ian Evatt should have more or less a fully fit and available squad to select from this weekend.

In the Crawley camp, Tarryn Allarakhia will serve the second match of a three match suspension after he was sent off in a 1-1 draw against Newport County on Boxing Day. Jake Hesketh was replaced early in that Boxing Day clash with Newport and missed Tuesday’s win at Forest Green. He could miss Saturday’s match.

Wanderers hope to hit a similar level of form in January that they managed to hit during the month of November. December wasn’t quite so consistent for Ian Evatt’s men who began the final month of 2020 with back-to-back defeats at the hands of Port Vale and Walsall.

A late win at Cheltenham Town saw Wanderers bounce back somewhat and after a home defeat to Tranmere Rovers in the final match before Christmas, the team came from behind to earn a 3-3 draw at Carlisle United on Boxing Day.

Crawley make a first trip to the University of Bolton Stadium on the back of a run that has seen them go unbeaten since a 2-1 home defeat to Grimsby Town in late November. December saw the Red Devils earn victories against Barrow, Leyton Orient and Forest Green Rovers, with draws against Colchester United, Mansfield Town, Bradford City and Newport County.

The two teams have never met in a league fixture but have met once before in a League Cup tie back in August 2012 in West Sussex.

It proved to be a night to forget for Owen Coyle’s men early on in their first season back in the Championship following relegation from the Premier League.

Benik Afobe’s goal saw Wanderers a goal to the good at half-time but Town came back strongly in the second half and late goals from Billy Clarke and Nicky Ajose saw the League One side through to the third round of the competition.

Bolton Wanderers slipped to a narrow defeat against in-from Crawley Town at the University of Bolton Stadium despite creating more than enough chances to win the game.

Although George Francomb put his side in front after 61 minutes, Wanderers were denied on many occasions by the woodwork, last ditch defending and good goalkeeping.

Manager Ian Evatt made three changes from the side that fought back from three goals down to draw against Carlisle United at Brunton Park on Boxing Day.

Reiss Greenidge, Lloyd Isgrove and Harry Brockbank all returned to the fold at the expense of Ryan Delaney, Alex Baptiste and the suspended Peter Kioso.

Isgrove was unlucky to see a powerful effort blocked by Tom Dallison after Greenidge brought the ball out of defence before Antoni Sarcevic and Eoin Doyle combined brilliantly to tee up the chance.

Nathan Delfouneso’s curling effort with his left peg curled narrowly wide of the target after he had linked up well with George Thomason on the right-hand side.

Sarcevic followed up with a shot of his own from distance but his strike went well wide.

The visitors had their first effort on target just after 18 minutes when Ashley Nadesan forced a routine save out of Matt Gilks.

Wanderers’ cleared their lines after Francomb’s low cross rebounded off the foot of the post when he had managed to round Gilks and get a shot away from a tight angle inside the box.

Crawley were having the better of the game for a period midway through the first half after Wanderers had started well and on the front foot.

Gethin Jones intercepted the ball high up the field shortly afterwards and raced down the left wing to put in a decent ball for Sarcevic but the Wanderers skipper was unable to keep his volley down and the ball went over Glenn Morris’ bar.

Gilks made an instinctive save with his feet at the other end to keep out a snapshot from Jack Powell as Wanderers defended a succession of corners on the half hour mark.

Morris made a crucial stop to keep out a drive from Isgrove at the near post after the Wanderers man was played in by a superb weighted ball from Harry Brockbank.

Some good work from Wanderers after the restart culminated in veteran defender Tony Craig making a vital block as Doyle managed to get away a fierce shot from just inside the box.

Wanderers allowed Crawley to run at them from midfield but through Archie Davies but the ball came to Sam Matthews could only find the hands of Gilks as he let fly from distance.

Sarcevic played a lovely ball into the box for Doyle but the Irishman turned his chance over the bar.

The visitors broke the deadlock on the hour when captain Francomb put the finishing touches on a fine move to guide the ball home.

Doyle almost snatched an equaliser through persistence just moments later but his volley after Jake Hessenthaler had blocked his initial effort was palmed away by Morris.

Thomason almost put Wanderers level but his left-footer took a slight deflection to go the other side of ther post and out for a corner.

Morris made a smart stop to keep out a shot from Jones after the wing back was played in by Thomason and Wanderers were really pressing hard for a leveller.

The Crawley keeper was on top form as he kept out a piledriver from Brockbank after the defender was set up by Isgrove.

Wanderers were now stepping up even more in search of the equaliser their endeavour deserved.

The crossbar came to the rescue of the visitors when Doyle’s header from Sarcevic’s cross rattled off the woodwork.

Wanderers were throwing everything at the Crawley keeper, and Delfouneso’s close range shot from Isgrove’s low centre was somehow kept out by Morris.

But despite creating over 20 chances on goal, they were unable to get the point their play deserved.

Wanderers had to finish the closing stages with ten men after Greenidge was shown a second yellow card. 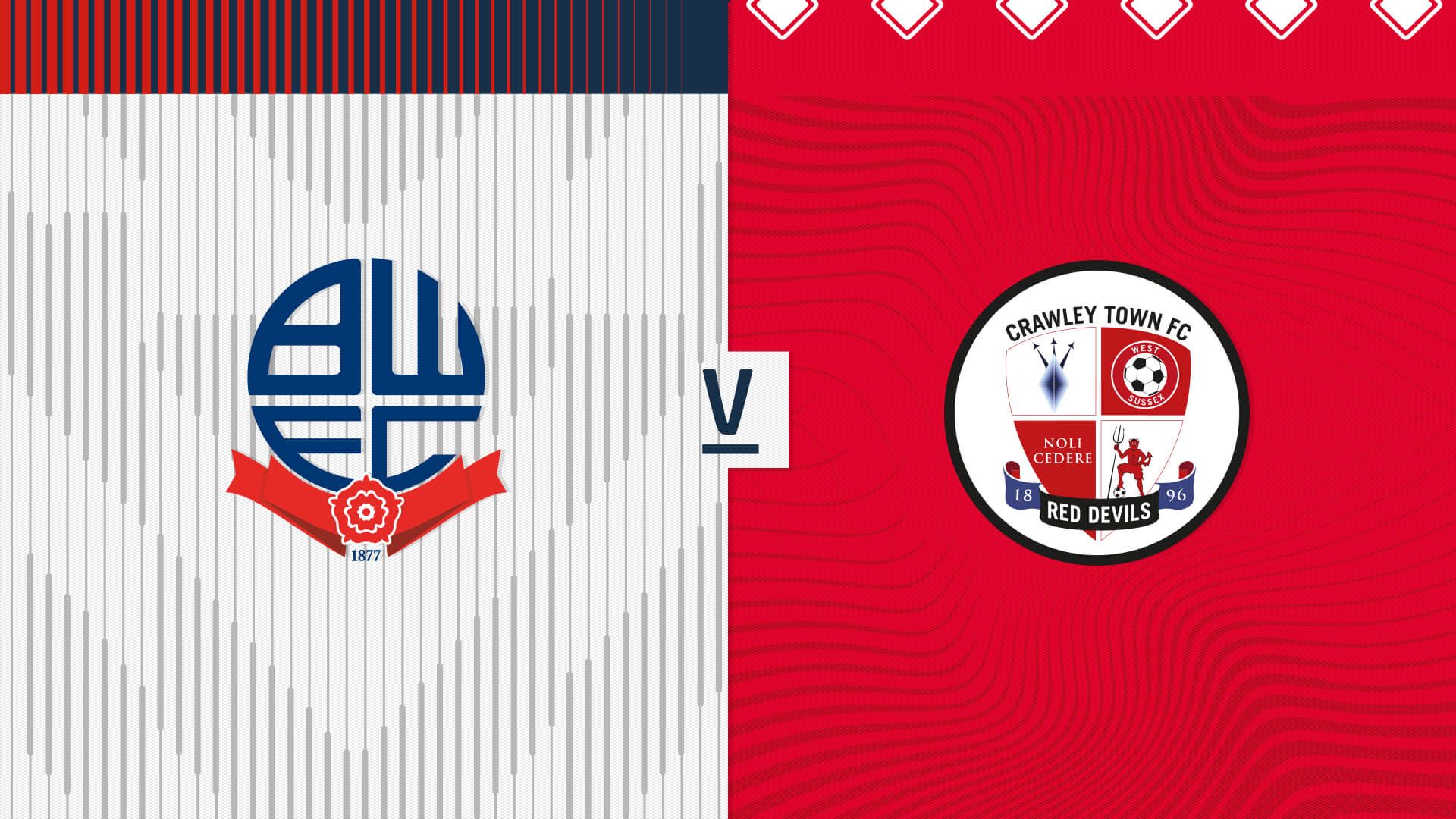 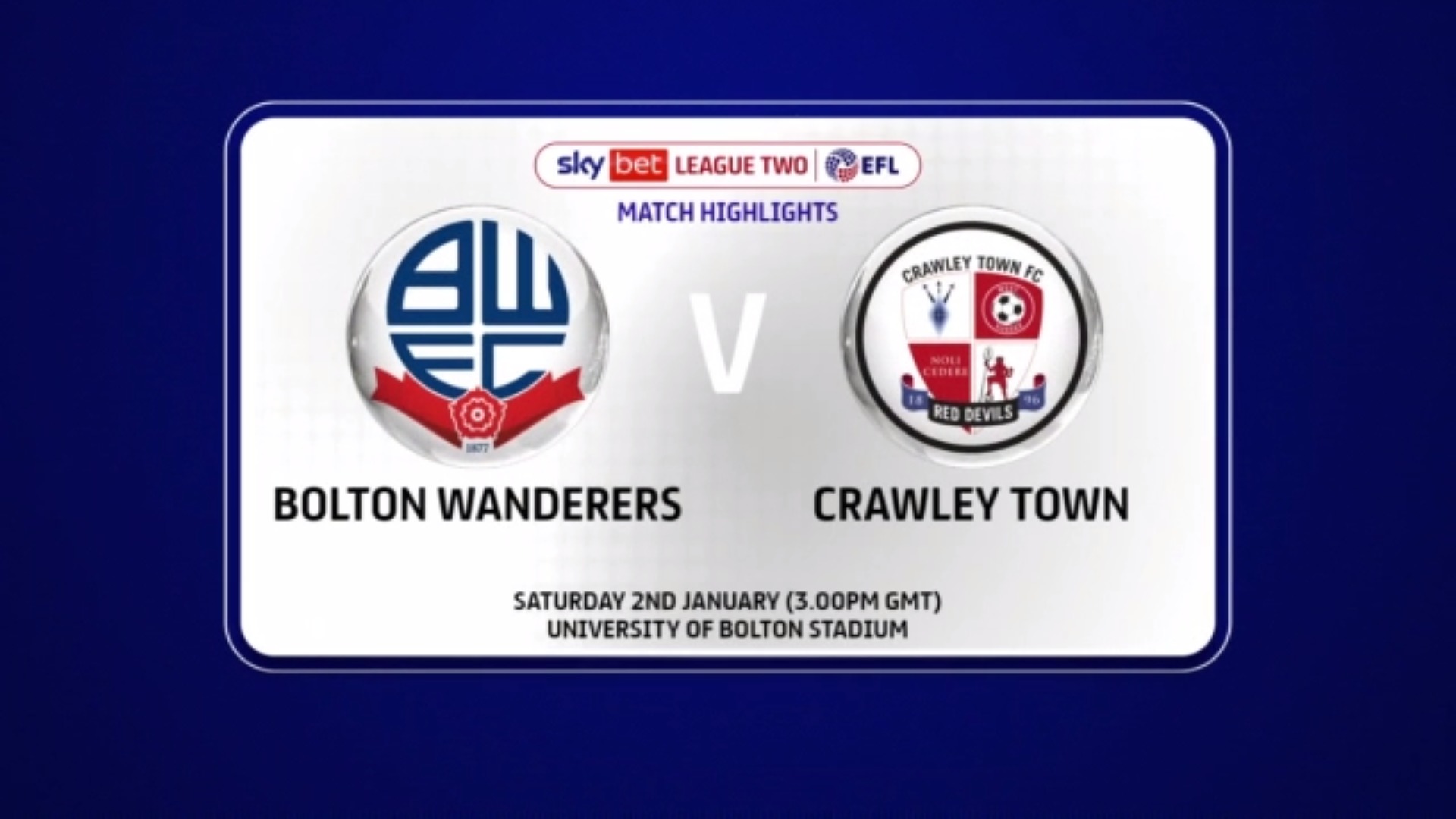 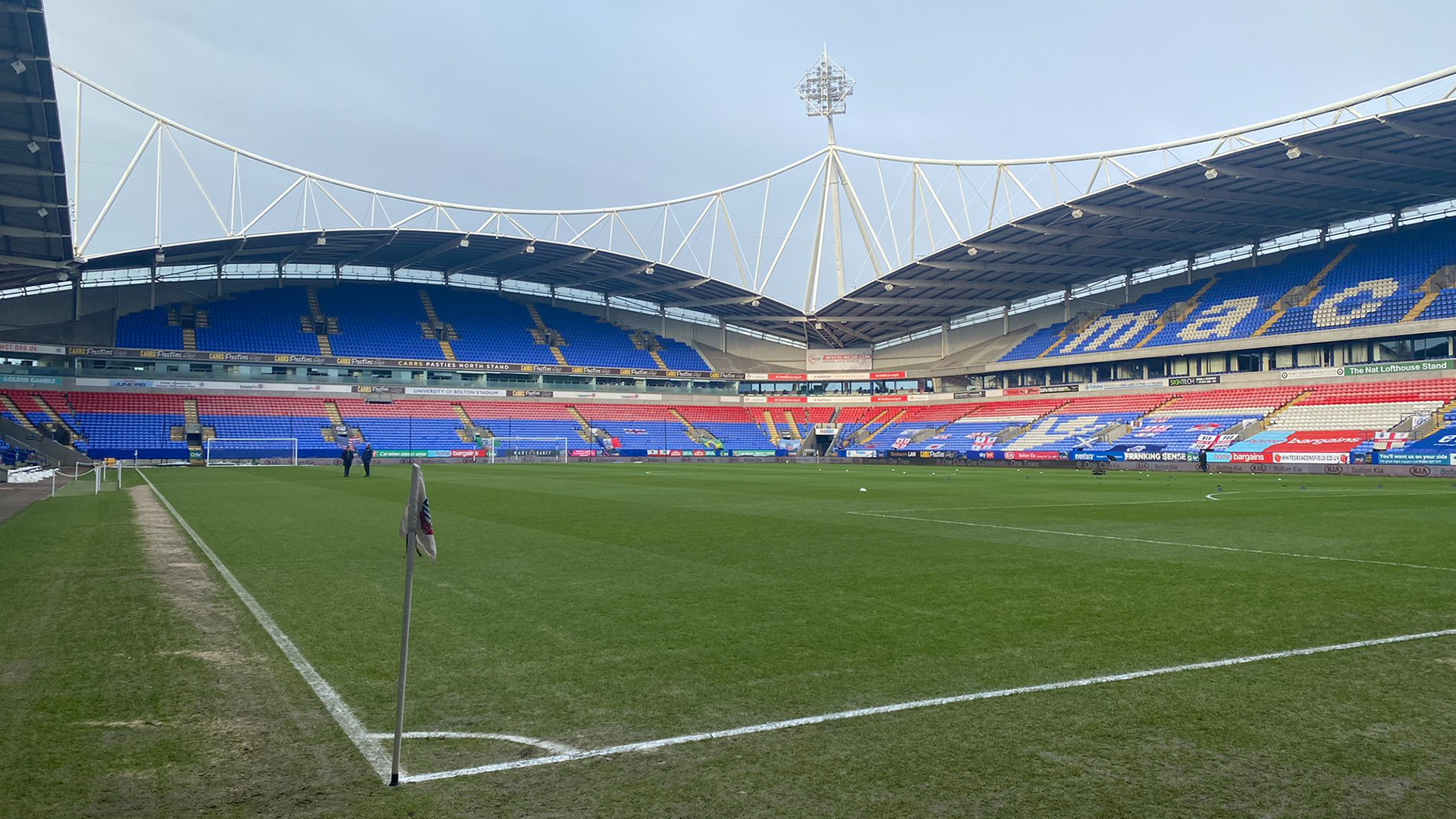