Bolton Wanderers are back in action after a ten-day break between games as they travel down to Exeter City for a Sky Bet League Two fixture at St James’ Park.

Ian Evatt: “We’ve been working hard these past 10 days on different things. Am I going to tell you what I’m going to do? No, of course not. We have worked extremely hard for 10 days, the lads have trained exceptionally well.

“There are lots of benefits from the extra training time we've had recently. There's been plenty of hard graft and we'll see how the players react at Exeter on Tuesday evening."

Matt Taylor: (On the Grecians Emirates FA Cup exit to Sheffield Wednesday at the weekend) “I am really disappointed because it is a missed opportunity.

“We spoke before the game about what a fantastic opportunity it was for this club and this group of players, but we just didn’t have quite enough.

“If you don’t want to make mistakes, then play better than we did at times.

“We played well in patches, but I am disappointed with the nature of the personalities of that group of players as the game went on.

Wanderers supporters can watch the clash with Exeter City by purchasing an iFollow BWFC video match pass for just £10 you don’t have to miss a kick.

Wanderers will be without defender Peter Kioso who has returned to his parent club Luton Town after they exercised their right to recall him from his loan spell.

Evatt will be without new loan signing Declan John after the defender sustained a hamstring injury in training, while new recruit Kieran Lee could be in line to make his Wanderers debut.

Ian Evatt’s men will be looking to bounce back from their narrow defeat to Crawley Town last time out and build on their previous away performance where they came back from three goals down to draw 3-3 at Carlisle United.

With Kieran Lee now in their ranks, Wanderers have an exciting and experienced player who played 20-plus games for Sheffield Wednesday in the Sky Bet Championship last season.

Prior to the weekend's FA Cup defeat to Sheffield Wednesday, Exeter draw at home against Forest Green Rovers and lost at home to Harrogate Town. Since a 4-1 win at Grimsby Town at the start of December, the Grecians have won just once - that was an emphatic 5-0 home victory against Tranmere Rovers.

Wanderers picked up a 4-1 victory against the Grecians in the last match between these two sides when they met at Burnden Park in March 1993.

Goals from Tony Kelly, Jason McAteer, Andy Walker and John McGinlay sealed the points for Bruce Rioch’s men as they went on to eventually finish second and win automatic promotion to the second tier. Arthur Gnahoua came off the bench to earn Bolton Wanderers a point after he cancelled out a Ricardo Almeida Santos own-goal in a hectic second half.

The forward netted his second goal in a Wanderers shirt just two minutes after replacing Nathan Delfouneso as Ian Evatt’s men came back from behind to take home a deserved share of the spoils.
The Wanderers manager made two changes to his starting XI as Bolton Wandrers returned to league action after a ten-day break.
Ryan Delaney and new signing Kieran Lee came in for the suspended Reiss Greenidge and George Thomason who both dropped to the bench.
Andrew Tutte produced a well-timed sliding tackle early on at the expense of a corner after Ryan Delaney lost possession near the corner flag to Ryan Bowman.
Wanderers earned a corner themselves shortly afterwards when Lloyd Isgrove and Antoni Sarcevic combined with the latter firing in a low cross that came off Pierce Sweeney.
At the other end, Matt Jay guided the ball over the bar at the near post after Josh Key crossed in from the far side. A presentable opportunity spurned by the home side.
Tutte’s tame effort from distance trickled wide after some trickery from Delfouneso over on the left resulted in him finding the midfielder in space.
Delfouneso did have the ball in the net shortly afterwards for Wanderers, although the flag was eventually put up, after Eoin Doyle and Lee combined well in the danger area.
Wanderers had a let-off when Joel Randall found Jake Taylor in space just outside the box after some neat play down the left flank, but the Grecians captain fired well over Gilks’ bar.
Wanderers best chance of the half fell to their leading scorer Doyle who charged down the right-hand side after being released by Tutte before seeing his shot turned wide excellently by the feet of Jonny Maxted in the Exeter goal with the ball going out for a throw-in.
A lucky reprieve for Wanderers saw the ball rebound off the foot of the post after Bowman rounded Gilks in the box, but the ‘keeper had the last laugh when it landed in his hands after coming back off the woodwork.
Gilks was then well placed shortly afterwards to tip over a venomous Jay free-kick from 18 yards after Sarcevic had conceded the foul.
Shortly after the restart, the Wanderers keeper made another vital save to keep out Randall after the striker latched on to Bowman’s flick on to have a straight run at Gilks.
Not long after, Sarcevic was shown a yellow for dissent after appearing to disagree with a refereeing decision.
The hosts got themselves in front after 62 minutes when Almeida Santos inadvertently guided Jay’s cross into the box past his team-mate Gilks.
Wanderers made a double change ten minutes later with Crawford and Gnahoua coming on for Lee and Delfouneso.
And Gnahoua scored with virtually his first touch just two minutes after coming on to level up matters after he got on the end of Sarcevic’s centre.
The goalscorer shot narrowly wide after Brockbank set him up when Isgrove’s cross had fallen into the defender’s path. The Frenchman had the bit between his teeth and posed a real threat for the hosts to worry about.
Wanderers were certainly looking increasingly stronger since equalising.
Brockbank and Gnahoua combined well on the nearside with the striker shooting narrowly wide once again with a low, curling right footer.
Maxted had to be sharp to keep out Isgrove’s pile-driver after Parkes lost possession in a dangerous area with Doyle finding the winger.
Right at the death, Gilks made a great save to keep out substitute Jack Sparke’s strike from distance.
From the resulting corner, fellow sub Nigel Antangana saw an acrobatic effort clip the top of the bar with just seconds remaining.
Despite a late flurry from the hosts, Wanderers held on to claim a deserved point.
Exeter City: Maxted, Caprice (Hartridge 81), Sweeney, Parkes, Page (Sparkes 63), Key, Taylor (Atangana 56), Collins, Randall (Seymour 81), Jay (Law 81), Bowman.
Unused Subs: Ward, McArdle.
Goal: Almeida Santos OG (62).
Bolton Wanderers: Gilks, Jones, Almeida Santos, Delaney, Brockbank, Tutte, Lee (Crawford 71), Sarcevic, Isgrove, Delfouneso (Gnahoua 71), Doyle.
Unused Subs: Crellin, Baptiste, Mascoll, Thomason, Darcy.
Goal: Gnahoua (73) 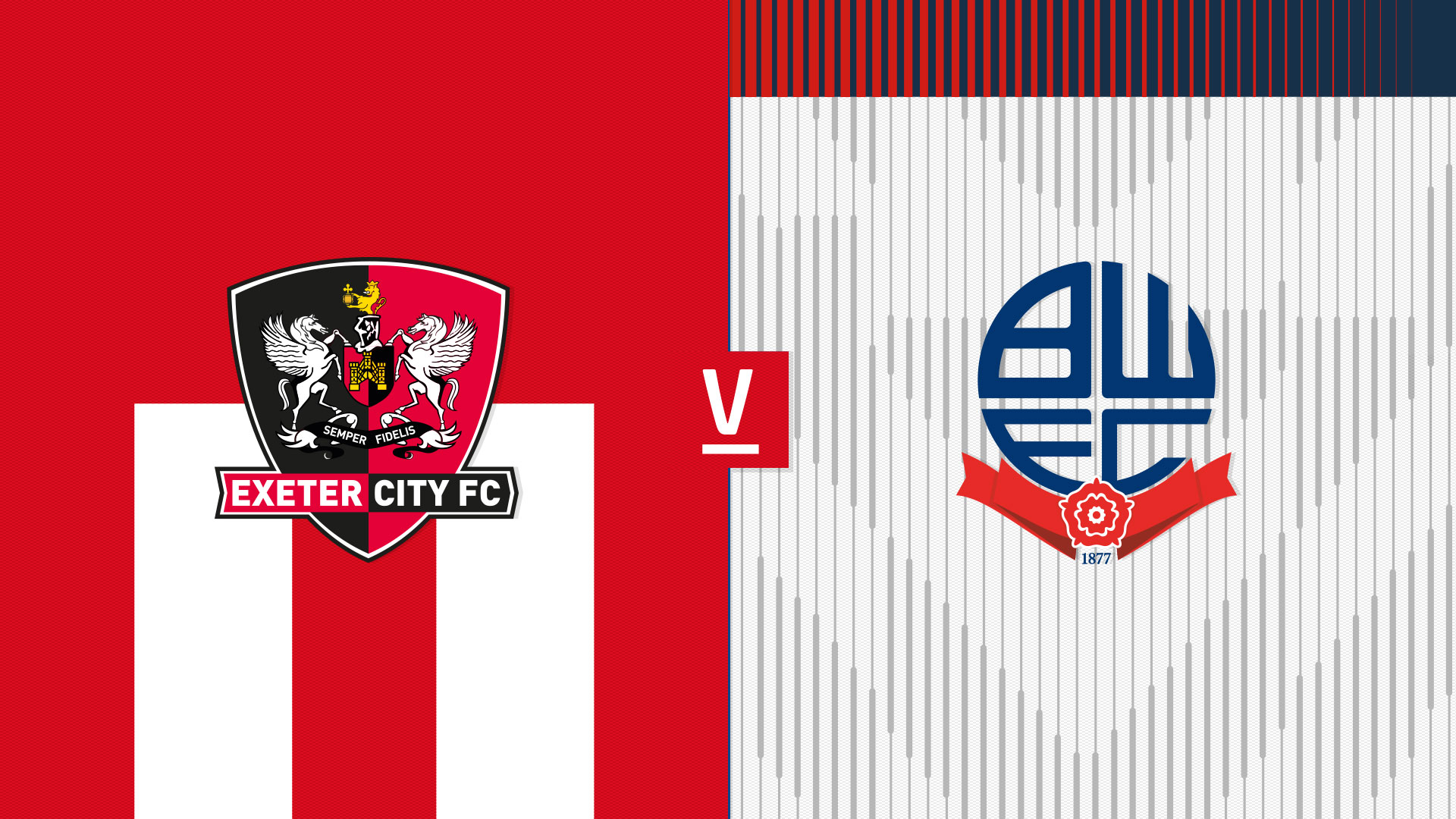 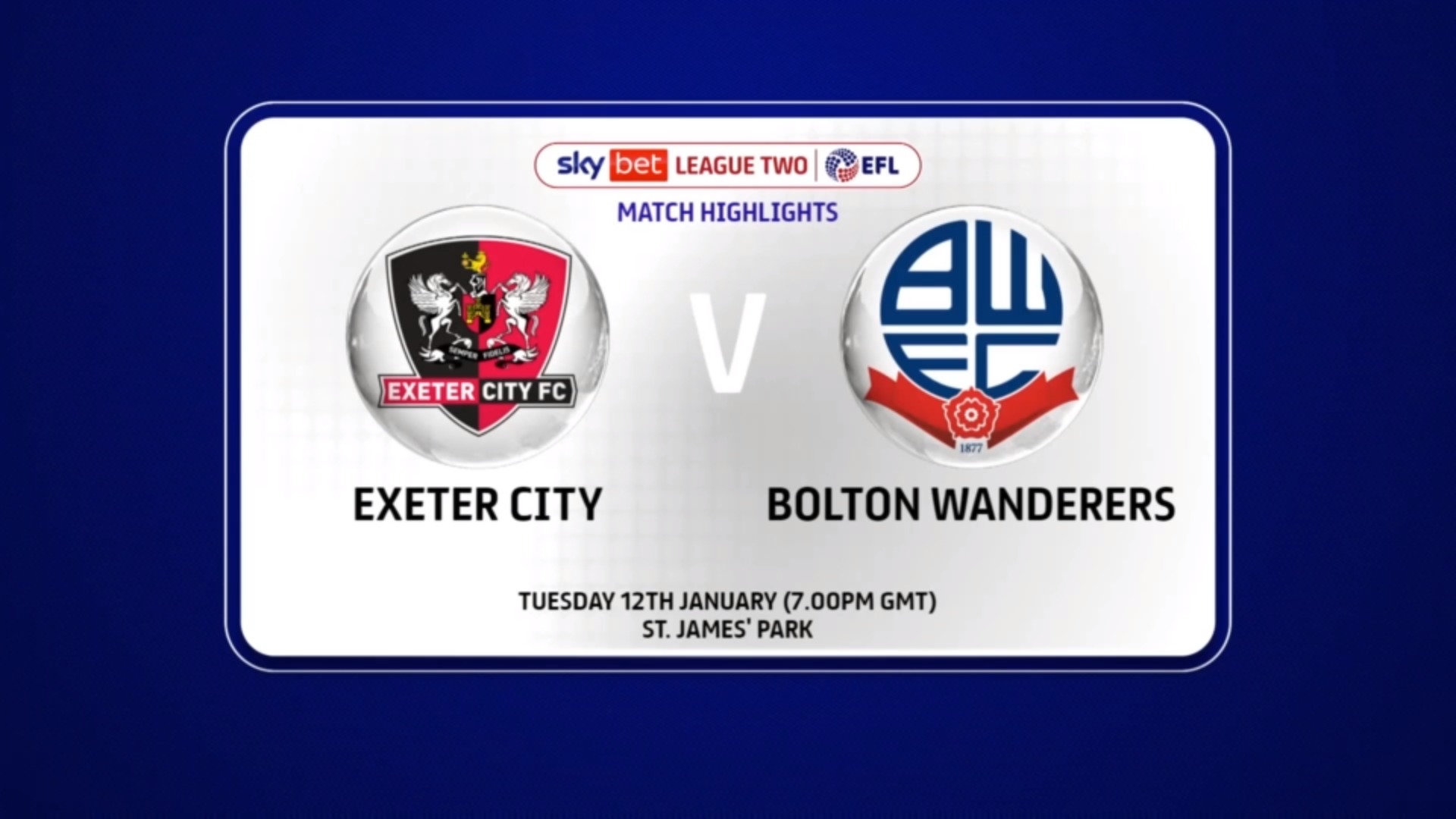 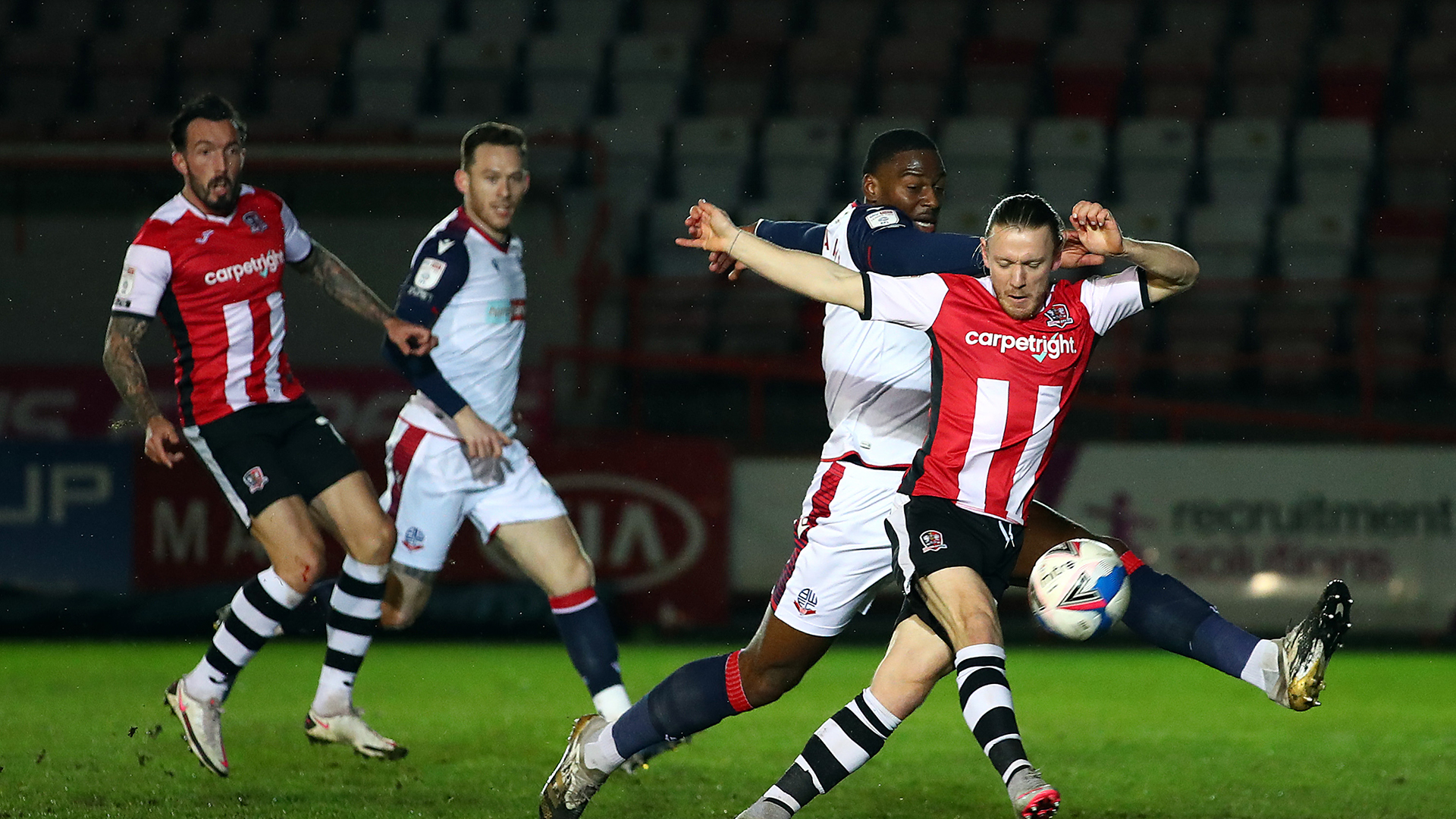