Ten-man Bolton Wanderers were beaten at Prenton Park despite finding a way back into the game through Antoni Sarcevic's second-half goal after Danny Lloyd and James Vaughan's goals had Rovers two goals to the good.

Ian Evatt made two changes from the side that drew to Cheltenham Town last weekend with Andrew Tutte and Ali Crawford coming in for Kieran Lee and George Thomason.
The hosts got themselves in front after four minutes when Danny Lloyd struck a low ball past Matt Gilks from the edge of the box after Ryan Delaney’s attempted clearance fell into the midfielder’s path.
Otis Khan’s shot after some decent build-up play went high and wide as Tranmere searched for a second.
Wanderers' first effort of the game saw captain Antoni Sarcevic strike over from just outside the box after Zack Elbouzedi presented him with the opportunity.
Eoin Doyle had a chance of his own moments later when Elbouzedi cut in from the right. The Irishman took a touch before shooting just over the bar.
Lloyd Igsrove then found himself in space to shoot from distance but his effort went wide of the target as Wanderers had the bit between their teeth in search of an equalising goal.
Arthur Gnahoua came on for the second half at the expense of Elbouzedi and the French attacker once again had an impactful performance for Ian Evatt's side.
Wanderers conceded a penalty shortly after the restart when Delaney was penalised for a foul on Liam Feeney. The big Irishman took a knock during the incident and received lengthy treatment before the spot kick was taken. He was cautioned for the foul.
Vaughan then made no mistake from 12 yards to double Tranmere’s advantage.
Ben Jackson’s shot from just outside the box deflected behind for a corner after Gnahoua ran at the Tranmere defence down the left-hand side and caused a problem for the home side.
Evatt made his second change of the afternoon when Nathan Delfouneso replaced Isgrove after 62 minutes.
Moments later Gilks pulled off a good save to keep out a spectacular effort from distance from Peter Clarke who had ventured forward from the back.
Wanderers pulled a goal back in the 65th minute when Sarcevic converted Doyle’s centre from close range after the Irish forward had receieved a pass from Nathan Delfouneso who had looked bright from his introduction.
The visitors were boosted by the goal, and Doyle almost equalised but was unable to steer his effort past the well placed Scott Davies after some great work on the right hand side.
Gnahoua then had a powerful shot from close range after he tricked his way past Clarke, but Davies made a huge save to thwart the Wanderers substitute.
The forward had another good chance to equalise when he was put through by Sarcevic who had won the ball high up the field, but he could only fire wide of goal.
The visitors were forced to play the final 15 minutes of the game with ten men after Delaney was shown a second yellow for a foul on Vaughan.
Crawford made way for Alex Baptiste with Evatt making his final change of the afternoon and changing the shape of the team with one of his central defenders removed from the action.
With fewer than five minutes remaining Davies made a desperate one-handed save to keep out Baptiste from close range after Ricardo Almeida Santos’ header from Jackson’s free-kick found his fellow defender in the danger area.
Wanderers were unable to find that equaliser despite a period of dominance in the final quarter of the game and they suffered a narrow defeat in Merseyside.
Tranmere Rovers: Davies, Khan, Clarke, Monthe, MacDonald, Lewis, Spearing, Feeney, Lloyd (Morris 80), Vaughan, Woolery (Kirby 66).
Unused Subs: Murphy, Ray, Blackett-Taylor, Payne, Ferrier.
Goals: Lloyd (4), Vaughan pen (56).
Bolton Wanderers: Gilks, Jones, Almeida Santos, Delaney, Jackson, Tutte, Crawford (Baptiste 77), Sarcevic, Elbouzedi (Gnahoua 46), Isgrove (Delfouneso 72), Doyle.
Unused Subs: Crellin, Brockbank, Comley, Thomason.
Goal: Sarcevic (66). 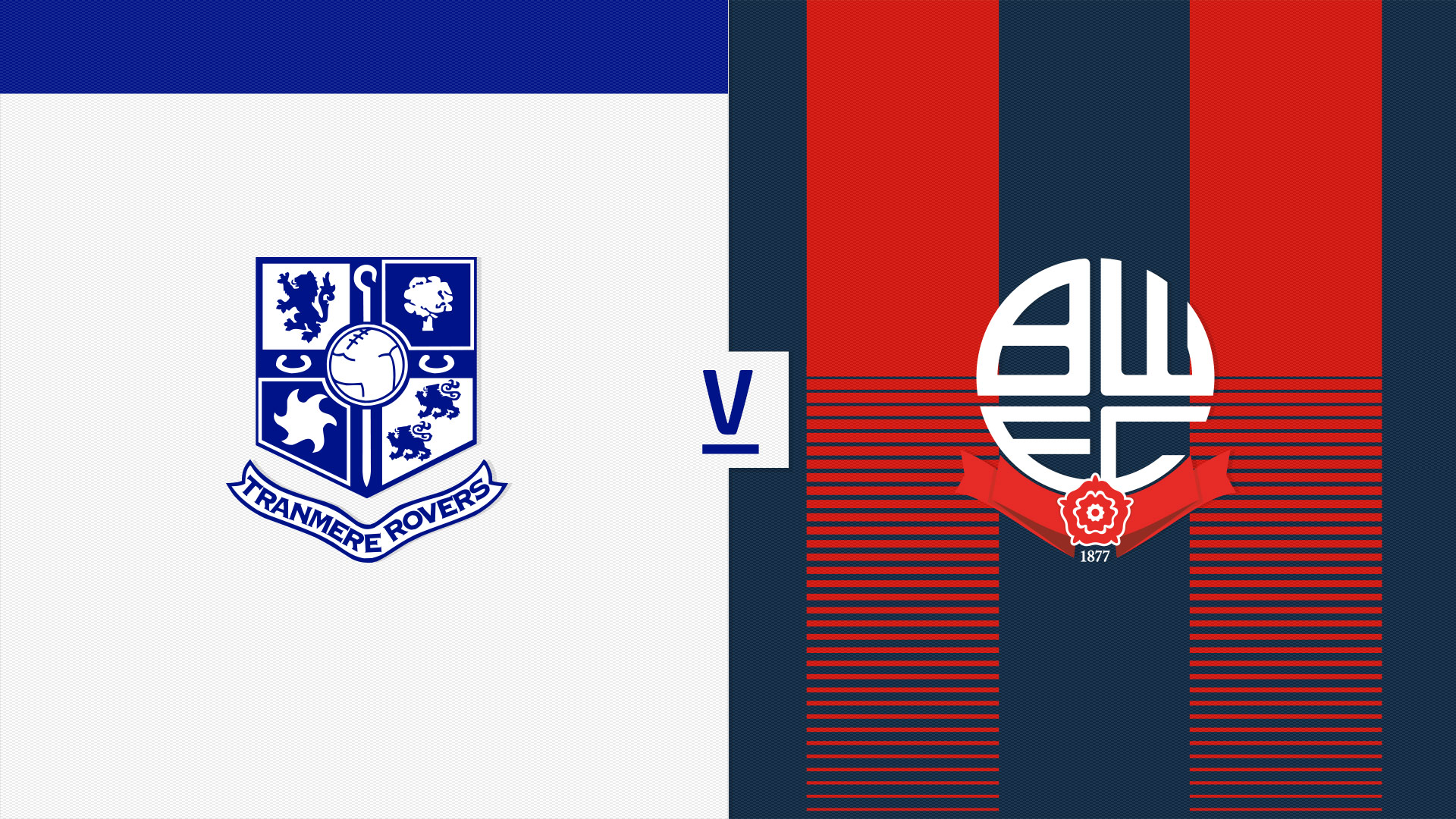 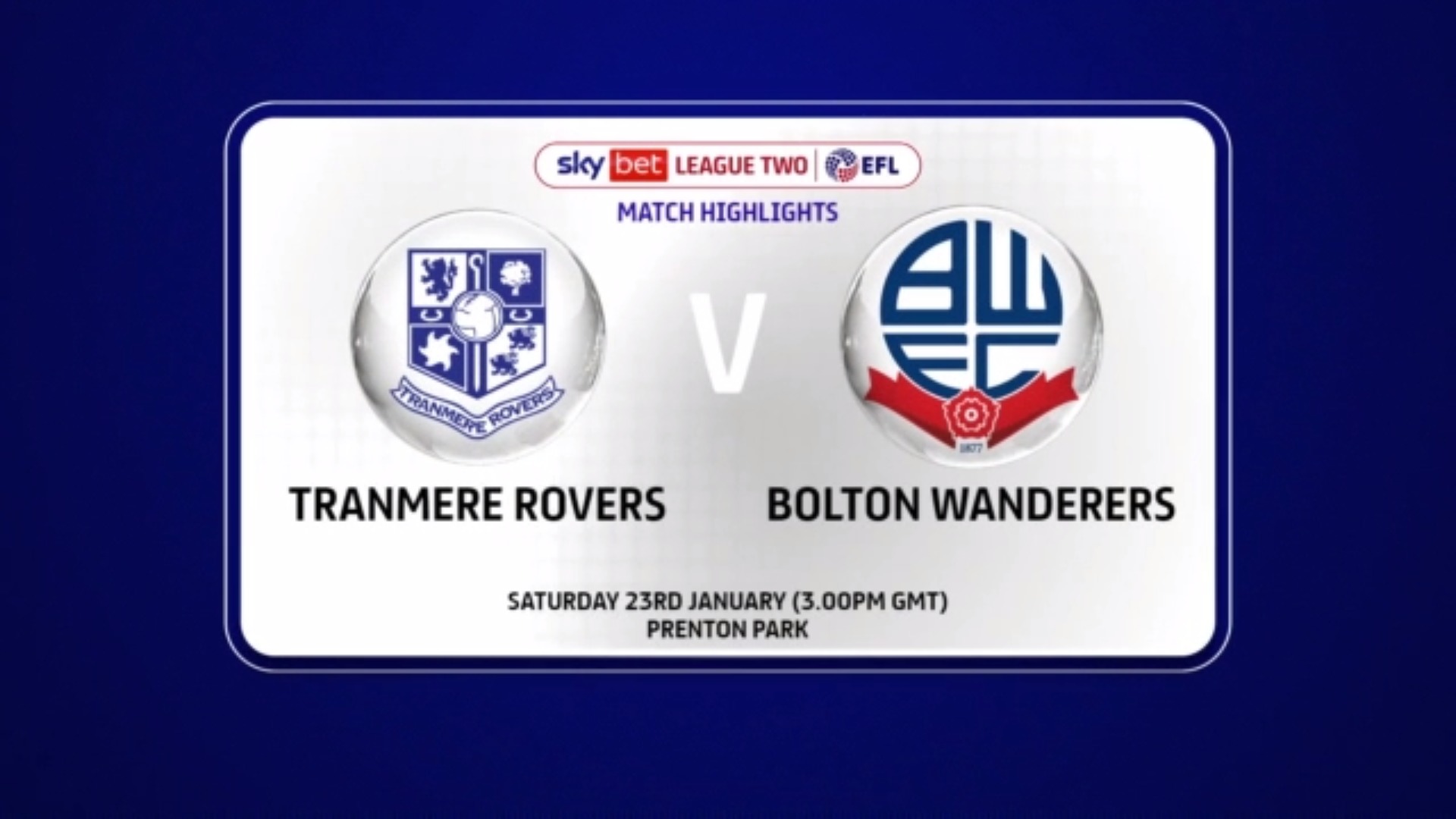 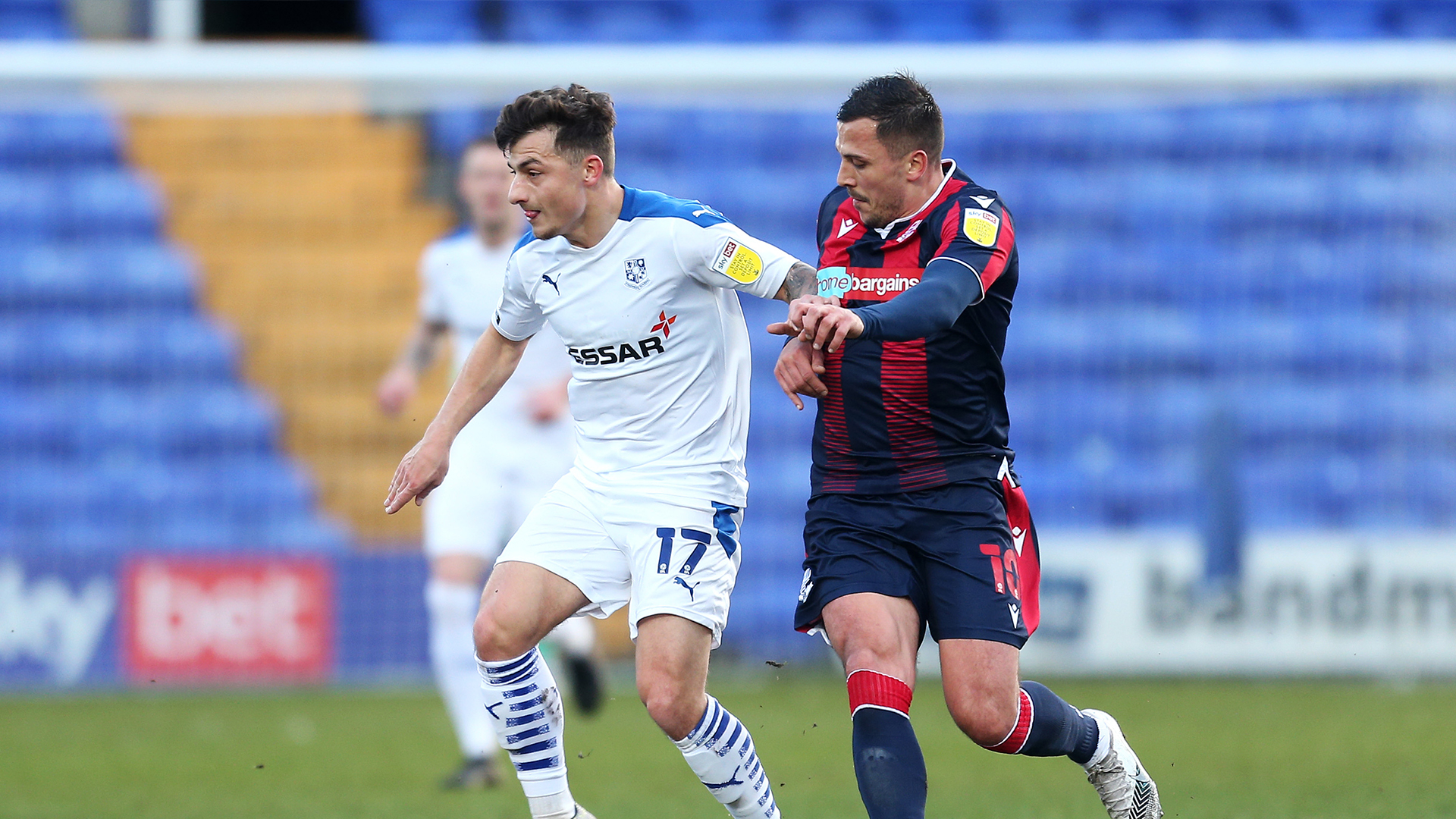