Bolton Wanderers make their first-ever visit to the New Lawn tomorrow when they take on Forest Green Rovers in front of the Sky Sports cameras (Kick Off: 12pm) as they aim to continue their excellent form which has seen them win ten and draw two of their last 12 matches.

Ian Evatt: “It’ll be a good and a tough game, but I think it’ll be a great advert for League Two football. I think probably the two best technical teams in the division. Forest Green try and pass and play and probe, and play through the thirds like we do, which is a good challenge

"But it's also good for us because we believe that they’ll come out at us and therefore leave space and opportunities for us to counter-press and play on transitions, but also build attacks and play through them that way. I think it’ll be a very good game.

"I think they’re two very good teams. I respect Mark (Cooper) as a manager and I respect what he’s done down there with the way they play. We’re looking forward to it and we’re excited. It’s great to be involved in these big TV games.

"Whoever has chosen this game all those weeks ago for Sky must have a crystal ball because at the time we were miles away, but they’ve obviously read the script that they thought we’d be close come the time and that’s proven.

Mark Cooper: “I think if you look at Ian’s Barrow team last year, they played a decent style of football. We were the last team to do that in the National League so Ian’s shown that you can get out of the National League by playing football, and he’s kept that up in League Two.

The game is live on Sky Sports and kicks off at 12pm. The game won’t be streamed live on iFollow for BWFC fans; however, audio-only match passes are available priced at £2.50.

Wanderers have no fresh injury concerns to contend with as captain Antoni Sarcevic, Dennis Politic and Liam Edwards continue with their rehabilitation.

Wanderers are currently at the summit of the Sky Bet League Two form table, based on the last ten games.

Ten wins and two draws during a 12-game period have seen them pick up 32 points from a possible 36 which has propelled them to within two points of the automatic promotion slots.

Meanwhile, Forest Green Rovers, who are just two points ahead of Wanderers in third place in the league table, have lost three of their last ten matches whilst picking up five victories during that spell.

For the first time in September, Forest Green visited Bolton and ran-out 1-0 winners at the University of Bolton Stadium.

Carl Winchester netted the game's only goal during the second half as Wanderers opened their Sky Bet League Two game with a reverse. How to Watch: Forest Green Rovers vs. Bolton Wanderers The Irishman put Wanderers in front with an emphatic and decisive finish during the first-half which proved to be enough for Wanderers to claim a wholly important three points.
​​
​​The victory put them into the automatic promotion places ahead of the afternoon’s other scheduled games in Sky Bet League Two.
​​
​​George Thomason returned to the starting line-up with Lloyd Isgrove being named among the substitutes as Ian Evatt made one change for Bolton Wanderers’ first visit to the New Lawn.
​​
​​The hosts suffered a blow early on when they lost their leading marksman Jamille Matt who landed awkwardly after being challenged by MJ Williams.
​​
​​Josh Davison replaced the striker who appeared to have suffered a bad injury to a hand.
​​
​​Wanderers attacked down the right-hand side but Gethin Jones’ decent cross was caught by Lewis Thomas before it could reach Doyle in the box.
​​
​​At the other end, Matt Gilks kept out a low shot from Kane Wilson after Rovers pressed forward down the left-hand side.
​​
​​After a good passing move, an opportunity presented itself for Thomason whose shot from distance forced a save out of Thomas who dived to his right-hand side to claim the ball.
​​
​​Wanderers took the lead with five minutes of the first half remaining when Doyle fired him his 16th goal of the campaign after latching on to Nathan Delfouneso's cross from the right-hand side.
​​
​​The Irishman made no mistake as he put his side in front with an emphatic finish from close range.
​​
​​A quick Wanderers break forward was followed by a lightning exchange of passes which saw the ball fall for John, and he saw a shot went just over the bar.
​​​​
​​Aaron Collins fired wide after some patient build-up play by the hosts as they looked to get themselves back into the game.
​​
​​Wanderers made a double substitution with just over ten minutes to go when Lloyd Isgrove and Arthur Gnahoua came on for Delfouneso and Afolayan.
​​
​​Andrew Tutte and Shaun Miller were the next changes when they came on for Thomason and Doyle respectively with six minutes of the game remaining.
​​
​​Wanderers saw out the game comfortably and deserved their latest victory.
Forest Green Rovers: Thomas, Cargill, Stokes, Taylor-Moore, Bernard, Wilson, Allen (Godwin-Malife 66), Whitehouse, Bailey (Young 57), Matt (Davison 7), Collins.
Unused Subs: McGee, Hutchinson, Richardson, Wagstaff.
Bolton Wanderers: Gilks, Jones, Almeida Santos, Baptiste, John, Williams, Lee, Delfouneso (Isgrove 79), Thomason (Tutte 85), Afolayan (Gnahoua 79), Doyle (Miller 85).
Unused Subs: Jensen, Brockbank, Maddison.
Goal: Doyle (39).

How to Watch: Forest Green Rovers vs. Bolton Wanderers 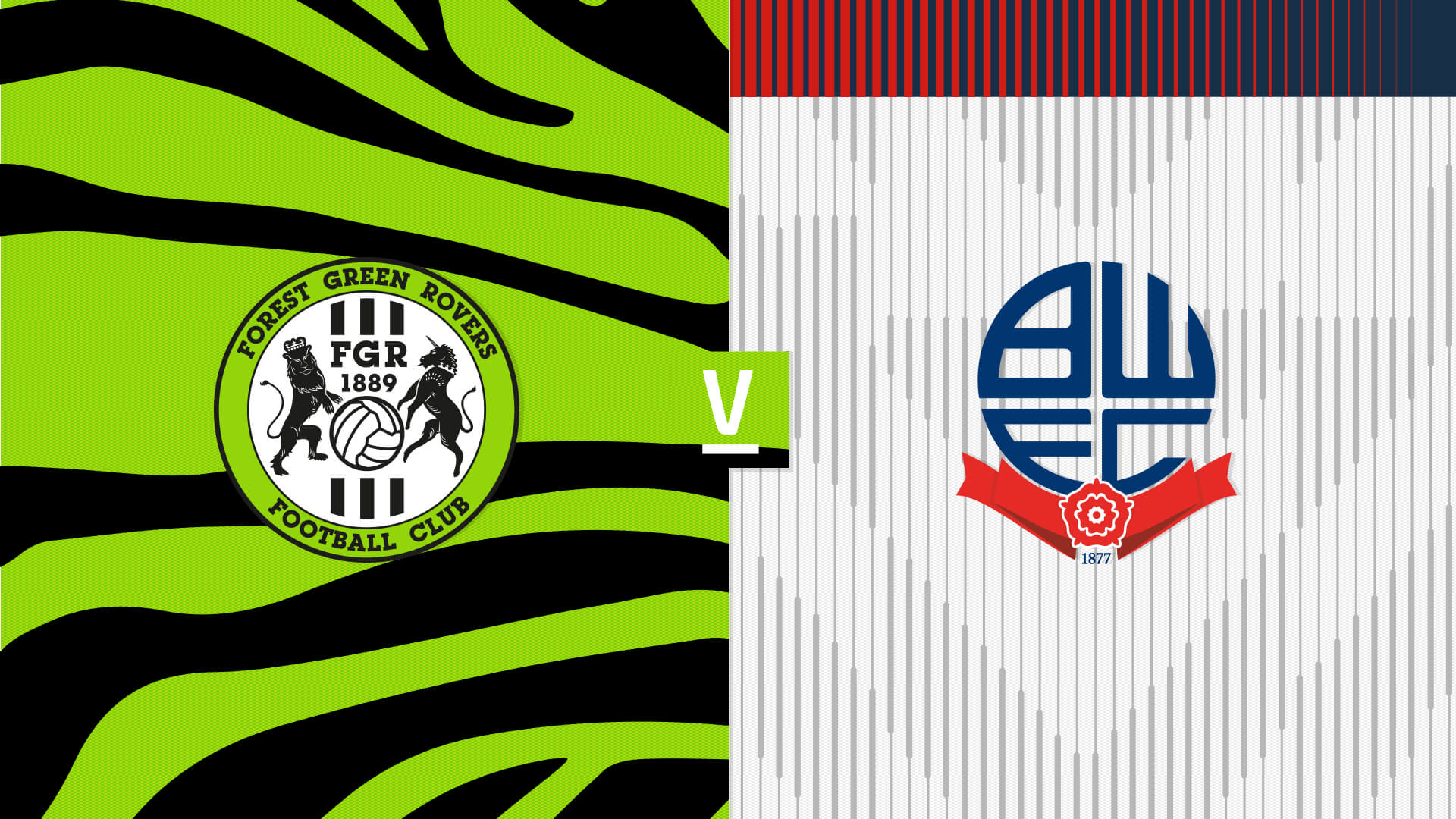 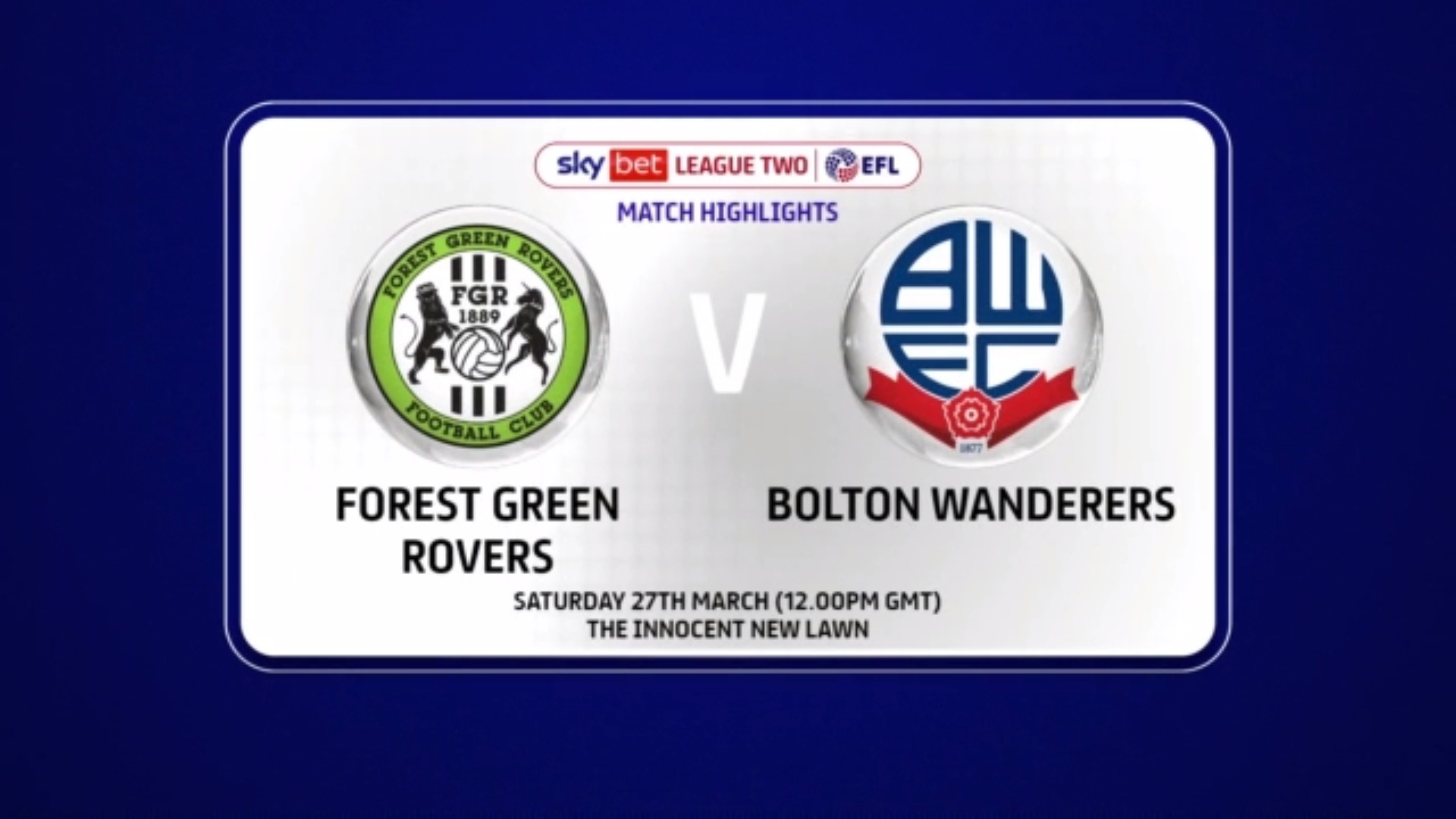 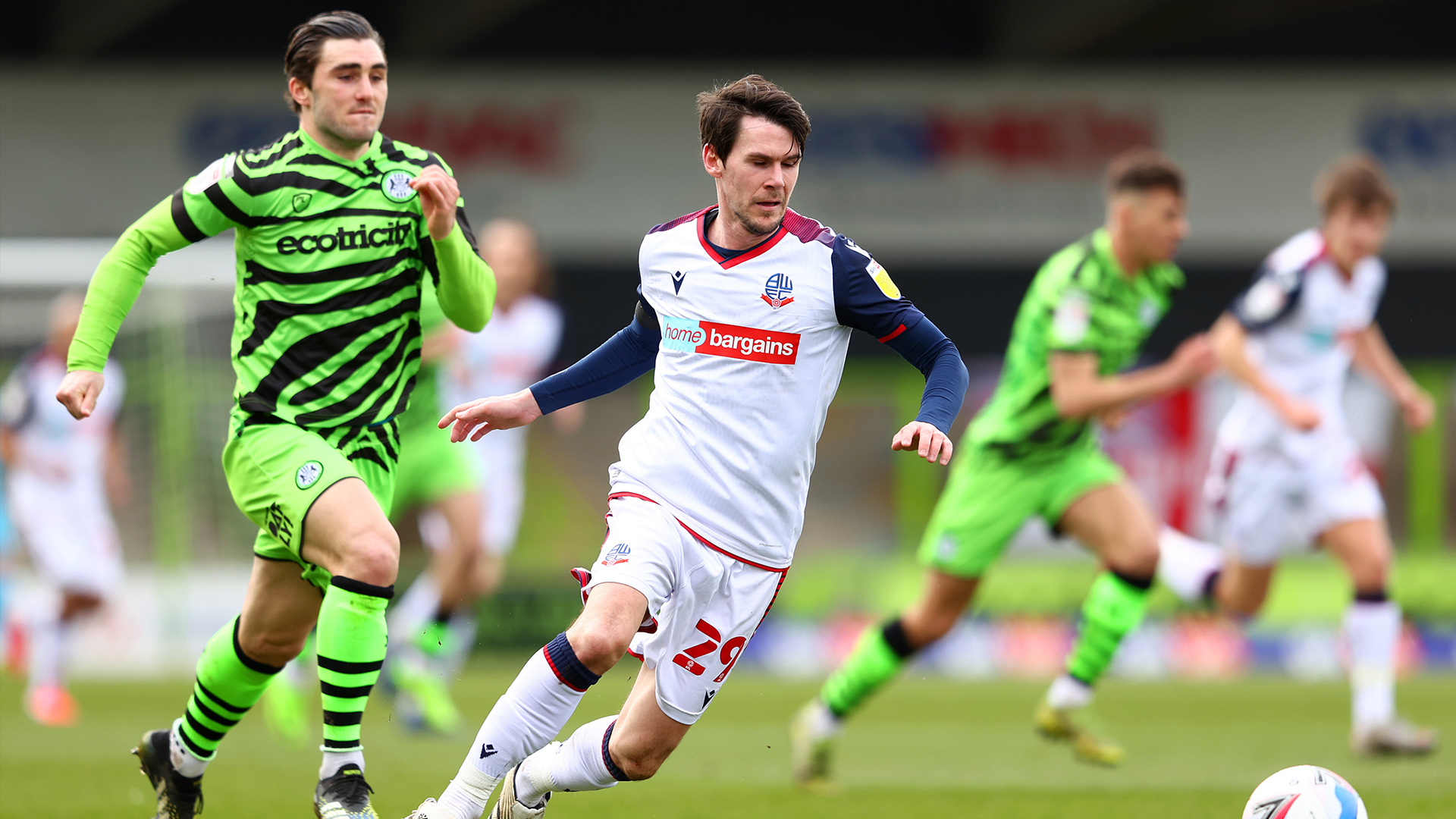