Bolton Wanderers go into Saturday’s Sky Bet League Two encounter against Exeter City at the University of Bolton Stadium knowing that a victory will seal automatic promotion and an immediate return to League One.

With just two games of league campaign remaining and a four-point gap between them and their nearest rivals, a win against the Grecians will render what Tranmere Rovers and Morecambe attain in their respective games immaterial.

Ian Evatt: “They’ve got to win. They’re still outside of the play-offs, some results went their way and others didn’t on Tuesday. We’ve been in that position as well.

"I expect it to be an open and attacking game. I think Exeter will come, put loads of crosses in the box, flood forwards with runners and it’s just about us then being composed in transition and to make the right decisions, and take the game to them. I think it’ll be a good game.”

Wanderers’ supporters can watch the game against Exeter City by purchasing an iFollow BWFC video match pass for just £10 - you don’t have to miss a kick.

Declan John is fully fit after missing last weekend’s victory at Morecambe with a knee injury while captain Antoni Sarcevic could be set for a starting role after returning to action from the bench at the Mazuma Stadium.

Ian Evatt is blessed with a full complement of players to choose from for his side’s biggest game of the season.

Following their narrow defeat at Grimsby Town a fortnight ago, Wanderers responded with two successive victories against Carlisle United and Morecambe to maintain their momentum which has put them on the verge of a remarkable promotion with a game to spare.

The visitors' victory against Grimsby last time out, puts them in contention for a possible play-off berth, but it was their first win in five games following three successive draws and a defeat to Barrow.

Arthur Gnahoua came off the bench to cancel out an unfortunate Ricardo Almeida Santos own goal at St James’ Park in January.

It was the forward’s second goal in a Wanderers shirt and it came just two minutes after he replaced Nathan Delfouneso.

Wanderers suffered a first home defeat since early January with Exeter City recording a come from behind victory at the University of Bolton Stadium.

Wanderers broke forward through captain Antoni Sarcevic in the early stages of the game, with the ball finding its way into the path of Declan John on the left. The defender crossed the ball across the face of goal with the ball ultimately cleared for a corner.

At the other end, Matt Jay saw his shot blocked by Ricardo Almeida Santos who went down and received some treatment as a result of some brave defending.

Sarcevic was in the thick of the action once again and he saw a shot charged down as he latched on to a headed flick-on from Eoin Doyle.

Wanderers were on top and Alex Baptiste’s shot from distance took a deflection for a corner after he was played in by Declan John.

The hosts took the lead after 16 minutes thanks to Gethin Jones’s third goal for the season to put Wanderers on course for victory and promotion.

The hard-working Lloyd Isgrove was taken down on the edge of the box by Alex Hartridge, a foul for which saw the defender brandished with a yellow card.

From the resulting free-kick, Andresson tipped away John’s effort, with the Welshman coming close to doubling the lead.

Almeida Santos powered Isgrove’s resulting corner just over the bar after he jumped above Key to reach the ball.

Jay’s clever pass found Jake Taylor but the midfielder's strike was blocked by Gilks with the ball eventually being cleared.

Baptiste was shown a yellow as his foul presented the Grecian’s with a good chance just outside the edge of the box.

Jay’s free-kick thundered against the wall before the ball was sent upfield through some clever build up play. John cut in from the right before firing a low left-footed effort wide of goal.

The visitors had a good chance just after the half-hour mark but Taylor dragged his effort wide when in a promising position on the edge of the box.

Defender Pierce Sweeney volleyed over the Wanderers bar when he connected with Robbie Willmott’s delivery.

Gilks dived to his left to keep out Taylor’s shot as the forward charged into a pocket of space.

Ryan Bowman beat the offside trap whilst under pressure from Almeida Santos but he sliced his shot high and wide.

Isgrove saw his low shot deflect for a corner as Wanderers looked to extend their lead early in the second half.

Exeter broke away with Key getting in behind but his cross went across the face of goal with Jay’s touch ensuring the ball went out for a throw.

The visitors levelled on 49 minutes through Randell Williams whose low shot flew past Gilks and into the bottom corner.

Bowman scuffed a shot straight into the hands of Gilks as the visitors worked an opening.

Wanderers raced upfield and played the ball over to Dapo Afolayan with the midfielder seeing his cross deflect for a corner.

Doyle got on the end of a left-sided Isgrove cross but his header went just wide of goal.

A goalmouth melee culminated in Doyle’s drive being blocked after MJ Williams had put the ball into danger.

Wanderers made a double substitution on the hour mark with George Thomason and Arthur Gnahouha coming on for Sarcevic and Isgrove.

Bowman’s header from Williams’ cross went wide of goal with Exeter getting forward at every opportunity.

The visitors had a good chance to take the lead but Jay placed his effort wide after being put in.

Thomasson intercepted the ball high up the pitch and played Doyle through but the Irishman’s curling effort from 25 yards went narrowly wide of goal.

Jones blocked a Jay strike from close range at the expense of a corner.

Wanderers made another change after 73 minutes when Nathan Delfouneso came on for Kieran Lee.

Almeida Santos conceded a free-kick right on the edge of the box with Jay just firing over the bar.

With four minutes remaining Miller came on for Afolayan as Wanderers desperately searched for a winner.

But, it was Exeter who got the winner deep into added time with Sweeney heading home at the far post. Wanderers' hunt for promotion goes to the wire. 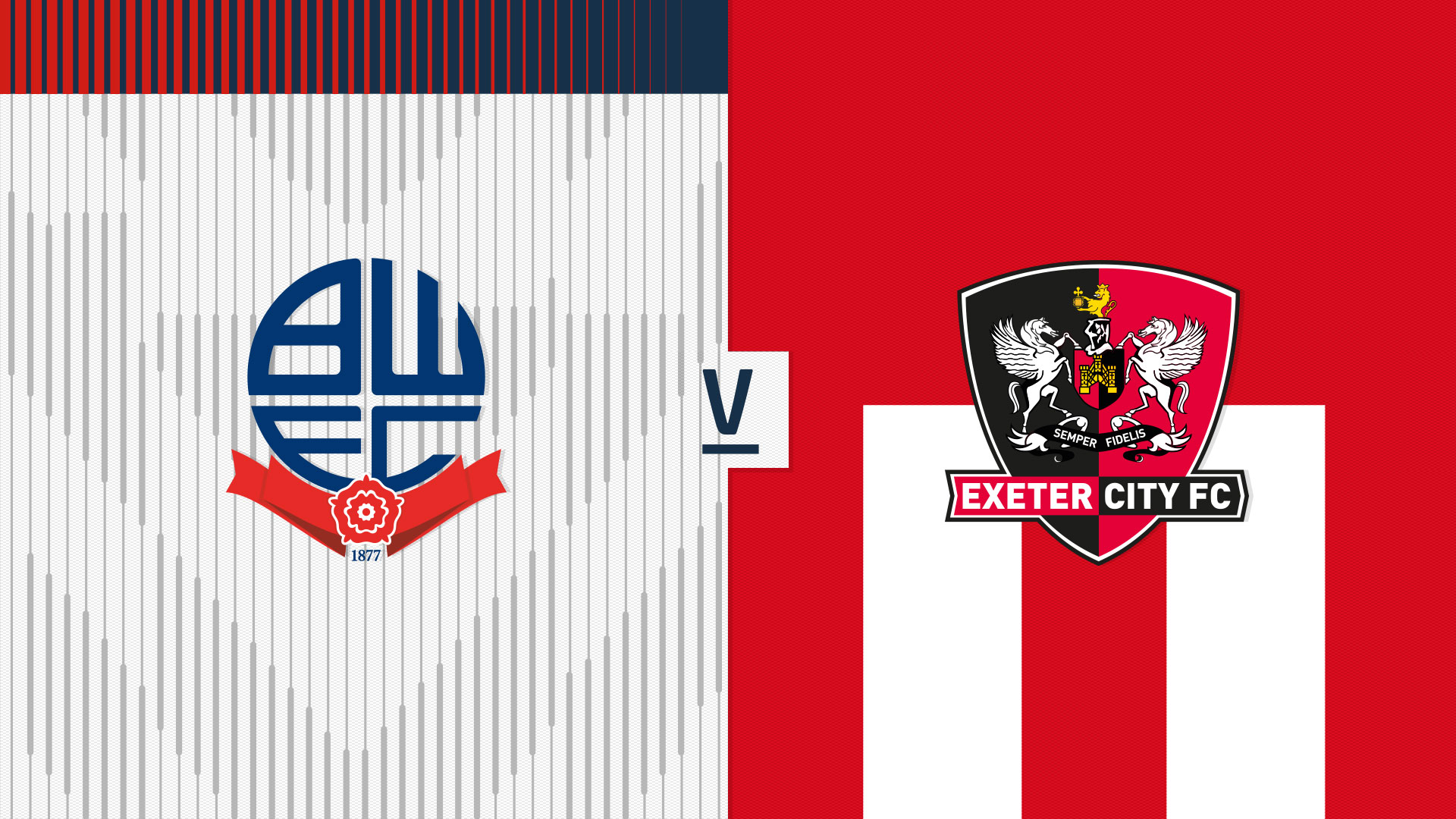 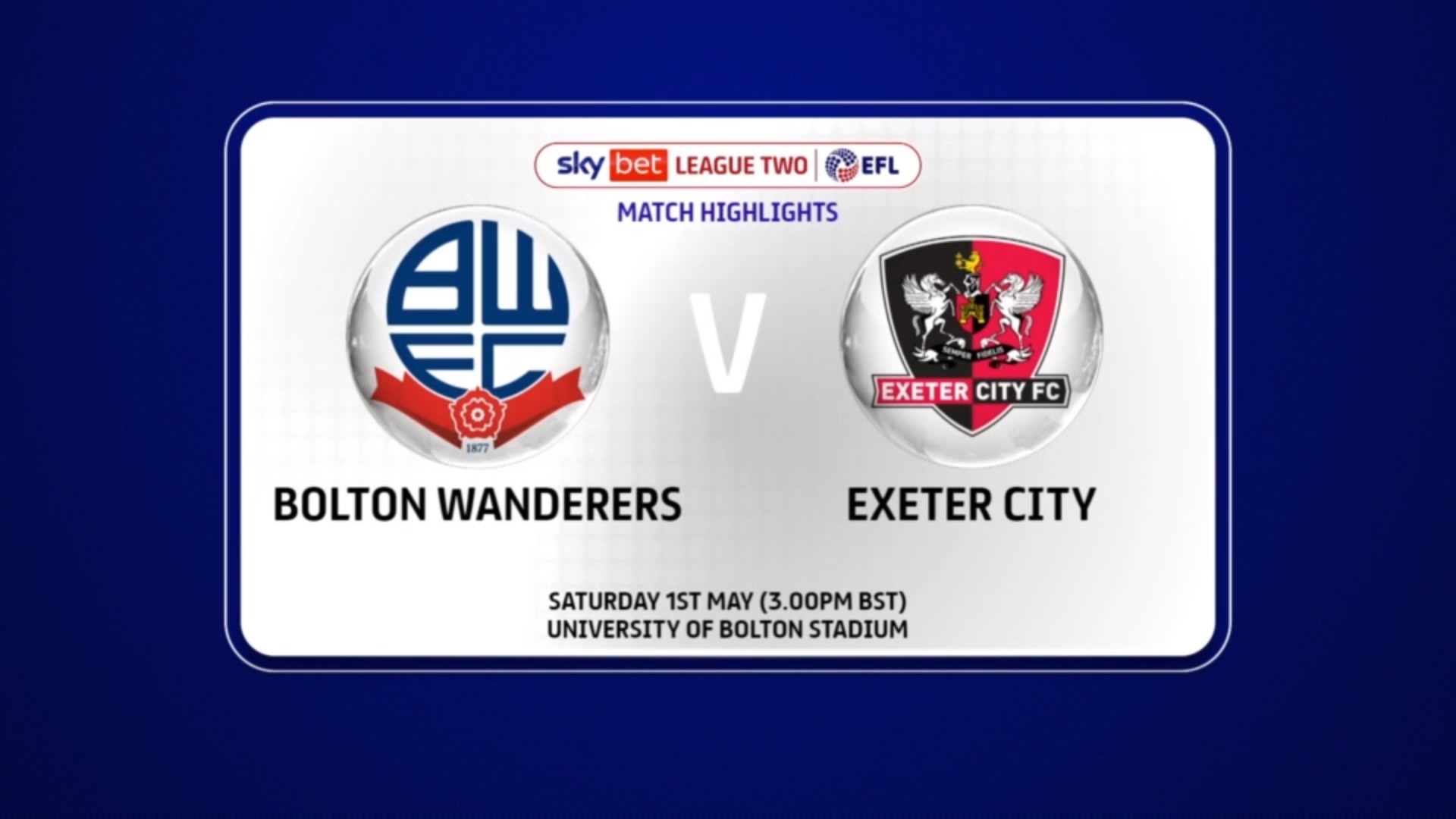 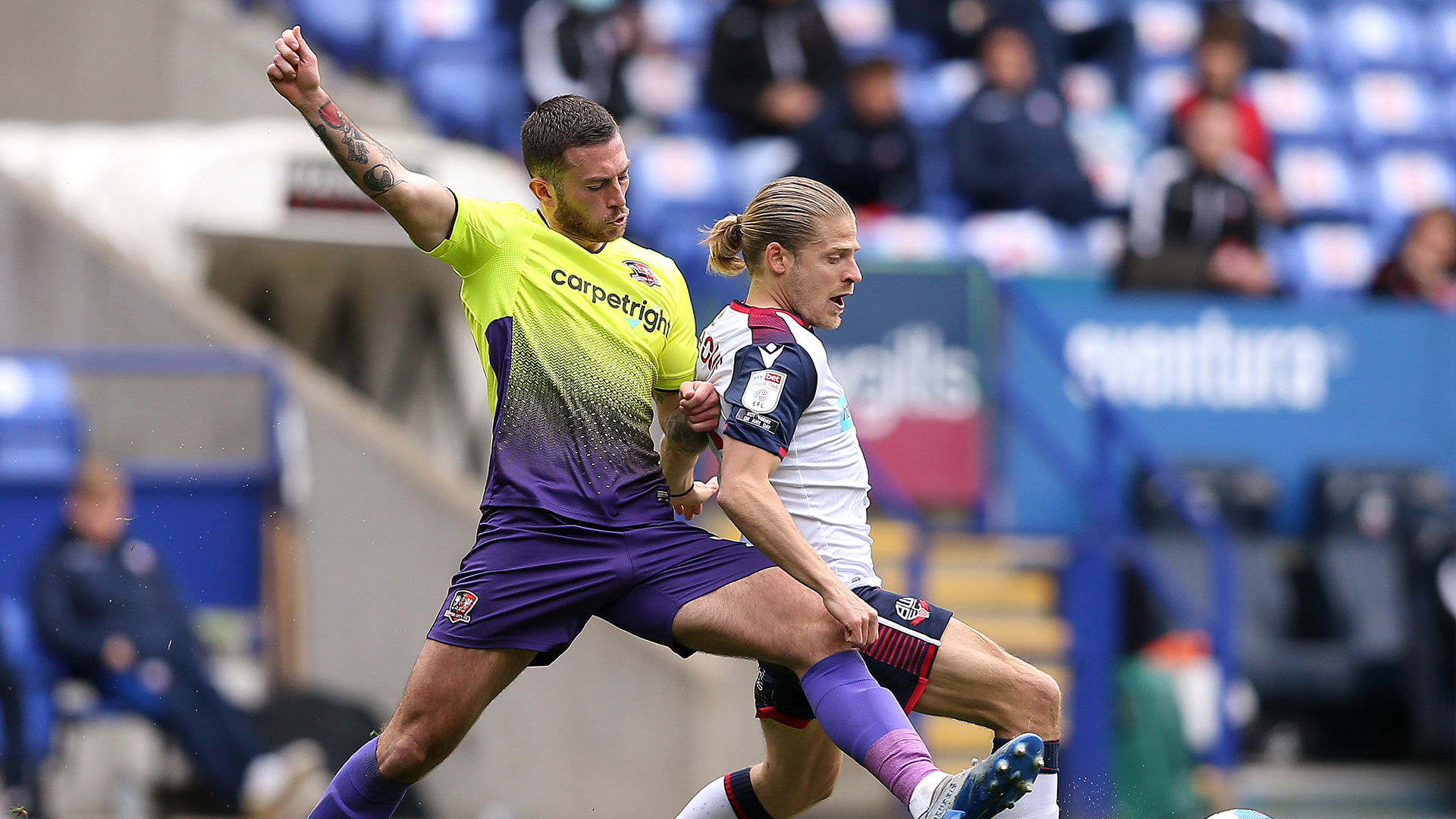