Wanderers host neighbours Salford City at the University of Bolton Stadium on Friday evening in front of the Sky Sports cameras (Kick Off 7:45pm).

Ian Evatt: “We’re very excited. It’s good to be live on Sky in front of the nation against a good team with a manager I know very well.

“We’ll continue to fight, continue to work hard and we’ll get it right there’s no doubt about it.

“At times we’ve been outstanding in games and if we see that on a consistent basis then we’ll be in a much better place in the league.

“It’ll be a very good football match and a great advert for the division first and foremost. I know Richie (Wellens) really well, he has a philosophy and a brand and it’ll be a good test.

“They’ve got some very good players but so have we. If we can play consistently well for 90 minutes then we’ll be a match for every team in the division.”

Richie Wellens: “I’m looking forward to it, I can’t wait.

“It’s a brilliant place to start, the best stadium in the division, so it’s a great one to start.

“Friday night under the lights and in front of the Sky cameras, I’m looking forward to seeing how the players react and how we go out and perform.

“Rochdale away in a cup game when there’s not really much pressure on you is totally different to Bolton in the league so we’ll start seeing the players under pressure now, see how they react and I’m looking forward to it.”

The game will be broadcast live on Sky Sports and kick off at 7:45pm.

However, BWFC season ticket holders will have automatic access to watch it via their iFollow BWFC accounts.

The fixture looks to have come too early for Eoin Doyle and Gethin Jones who have both returned to training after a spell on the sidelines, while captain Antoni Sarcevic is rated at 50/50 after playing through the pain barrier with a back injury in recent games.

Jason Lowe is in line to start for Salford in what will be his first appearance at the University of Bolton, since leaving Wanderers last summer.

Mani Dieseruvwe has scored twice in his last two appearances (FA Cup vs Hartlepool and Papa Johns Trophy vs Rochdale) and could be in line to make his first league start of the campaign.

Wanderers have picked up four points from their last two home league games having beaten Bradford City and drawing to Mansfield Town.

Salford lost their last league fixture away at Cambridge United which came after a 2-0 home win against Oldham Athletic.

This will be the first professional fixture between both teams.

​​Bolton Wanderers made it a Friday night to remember, comfortably beating neighbours Salford City in front of the Sky Sports cameras.

Goals from Eoin Doyle and an own goal by Jordan Turnbull gave Ian Evatt’s men a memorable three points.
​​
​​The Wanderers Head Coach made four changes from the side that lost to Crewe Alexandra in the Emirates FA Cup last weekend.
​​
​​Goalkeeper coach Matt Gilks came in between the sticks to replace Billy Crellin, who was named among the substitutes, while Andrew Tutte returned to the starting XI.
​​
​​Eoin Doyle and Gethin Jones returned from a spell on the sidelines as the Wanderers Head Coach named a strong side for the club’s first ever meeting with Salford City.
​​
​​Wanderers carved open an opportunity for themselves inside five minutes when Peter Kioso launched a ball into the box towards Doyle. The Irishman’s touch was slightly too heavy which allowed City stopper Vaclav Hladky the chance to clear the danger.
​​
​​Ash Hunter tried to liven things up for the visitors but his 25 yard wayward effort flew high over Gilks’ bar.
​​
​​Some excellent build up play through the middle by Wanderers saw Gethin Jones cut in from the far side but his left-footer was comfortably gathered by Hladky.
​​
​​Wanderers took the lead in the 23rd minute thanks to a calm and reassured finish by Doyle, but the chance was created by captain Antoni Sarcevic whose determination saw him win possession before supplying a sliderule pass to pick out the fit-again striker.
​​
​​At the other end Matt Gilks made an acrobatic save to tip away Brandon Thomas-Asante’s pile-driver which was destined for the top left hand corner.
​​
​​Ali Crawford’s effort from distance took a delfection off a City defender which took the sting out of it and enabled Hladky to catch the ball, but Wanderers were looking bright and on the front foot.
​​
​​As the game reached the half-hour mark, Wanderers were clearly on top and Sarcevic was unfortunate to see his volley, after connecting with Peter Kioso’s throw-in, go narrowly wide of goal.
​​
​​Ian Henderson tried his luck from distance but after pivoting just outside the box, his shot flew high and wide over the bar.
​​
​​The visitors made a double subsitution during the break with Bruno Andrade and Luke Burgess coming on for Thomas-Asante and George Boyd.
​​
​​Within moments the sub Andrade flashed across goal as the Wanderers defence were caught cold following the restart.
​​
​​The visitors were building up to attack Wanderers and Kioso got in a vital block to deny former Wanderers skipper Jason Lowe who was teed up by Di'Shon Bernard just out the box.
​​
​​On the hour mark, Sarcevic volleyed wide with the outside of his right boot after being played in by Alex Baptiste.
​​
​​Wanderers found themselves two-up in the 68th minute when Jordan Turnbull's misjudgement allowed the ball to pass his own keeper via his boot whilst under pressure from Doyle for an own goal.
​​
​​Gilks made a vital block with his legs to keep out Hunter after the lively Andrade carved open the opportunity, with Salford looking to find a way back into the game.
​​
​​Wanderers spurned a glorious chance to grab a third shortly afterwards when Sarcevic was played in superbly by Doyle, but the midfielder over hit his chipped shot with the goal at his mercy.
​​
​​A domineering performance was brought to an end with the referee’s whistle with Wanderers excellent value for their three points.
​​
​​​
​​
​​
​​Bolton Wanderers: Gilks, Jones, Santos, Delaney, Delfouneso (Isgrove 79), Doyle (Miller 73), Sarcevic, Crawford (White 83), Tutte, Baptiste, Kioso.
​​
​​Subs Not Used: Crellin, Gordon, Hickman, Darcy.
​​
​​Salford City: Hladky, Touray, Lowe, Clarke, Hunter, (Dieseruvwe 78) Bernard, Boyd (Andrade 46), Turnbull, Threlkeld, Thomas-Asante (Burgess 46), Henderson.
​​
​​Subs Not Used: Evans, Eastham, Armstrong, Smith 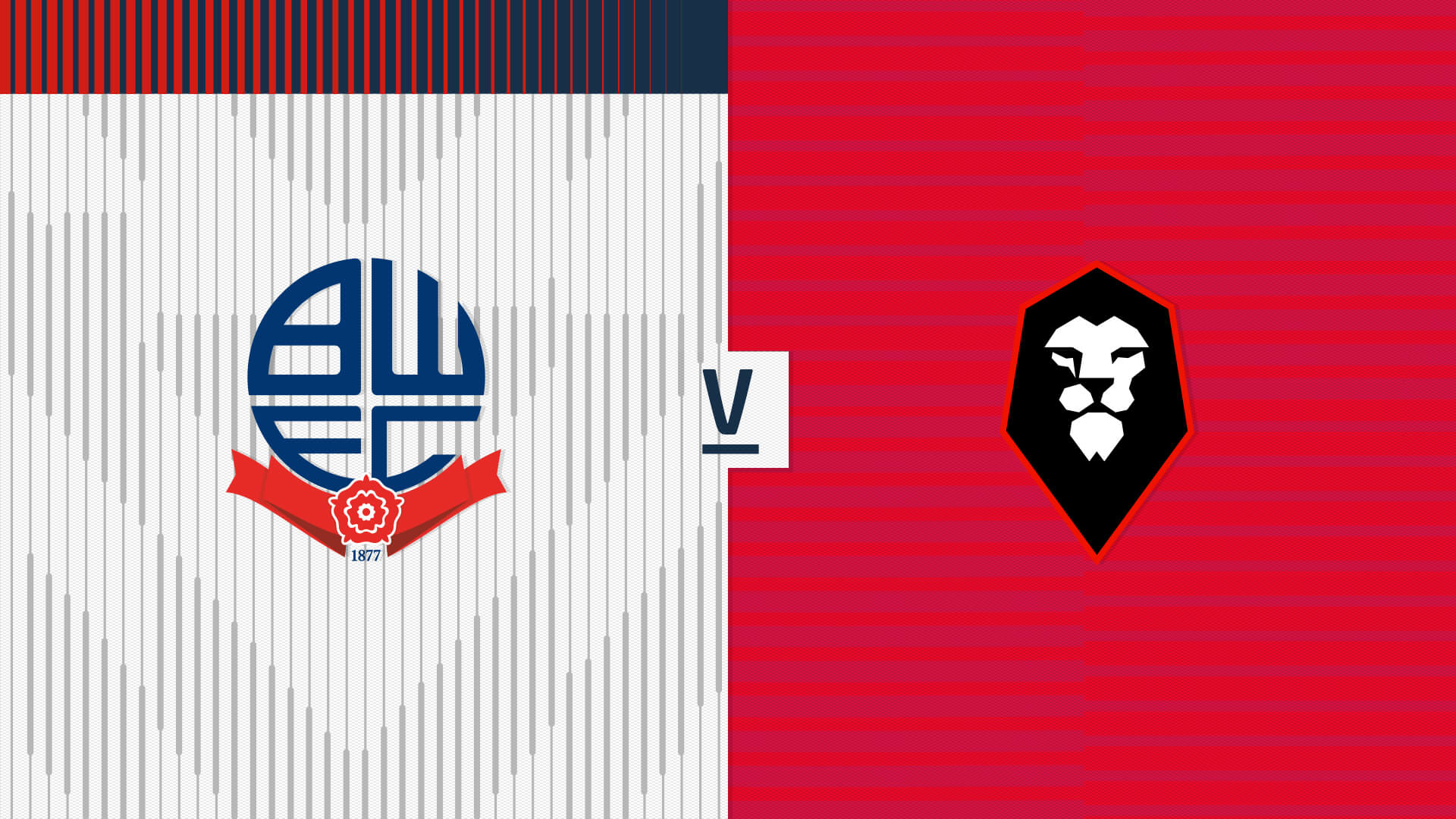 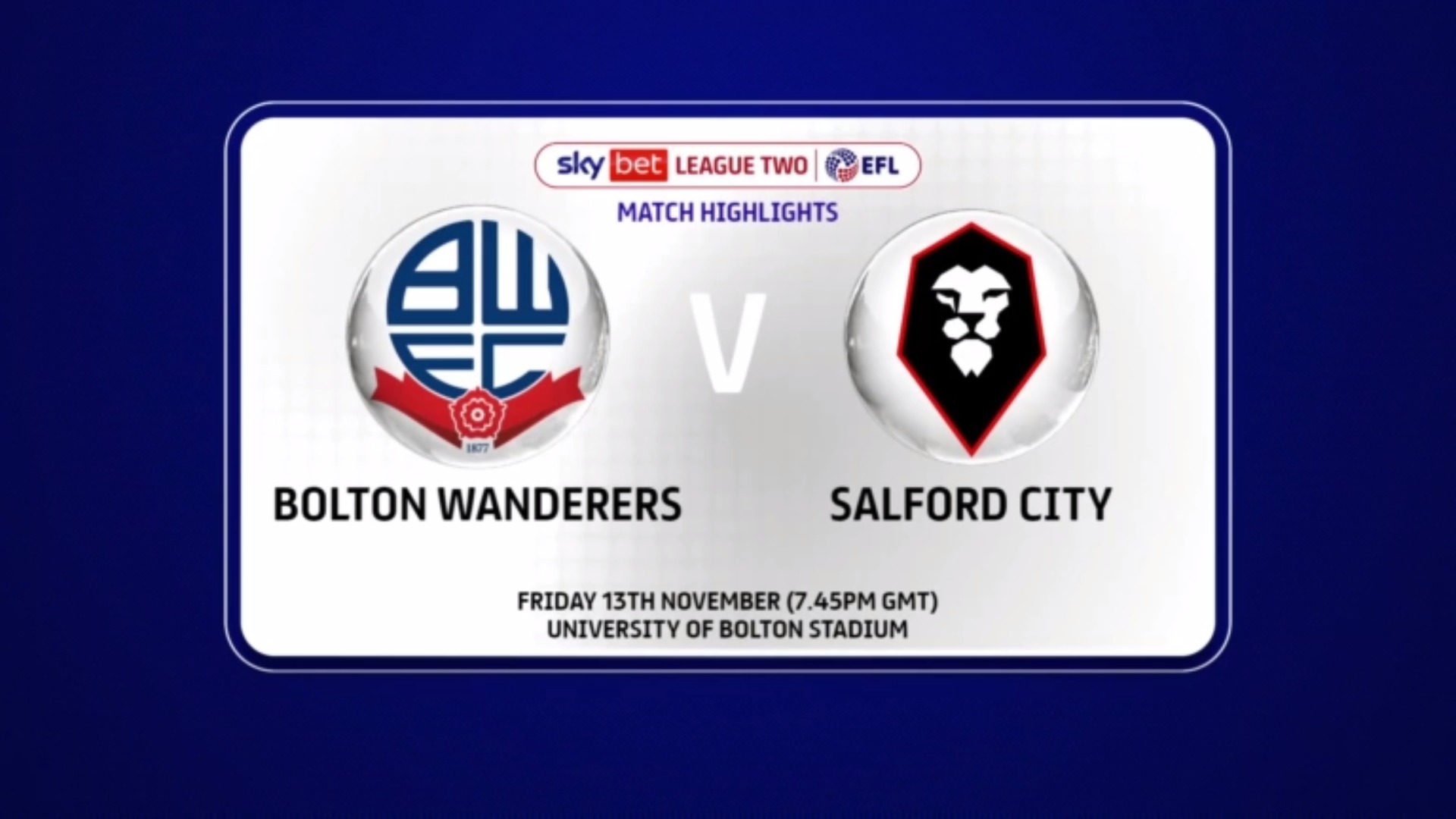 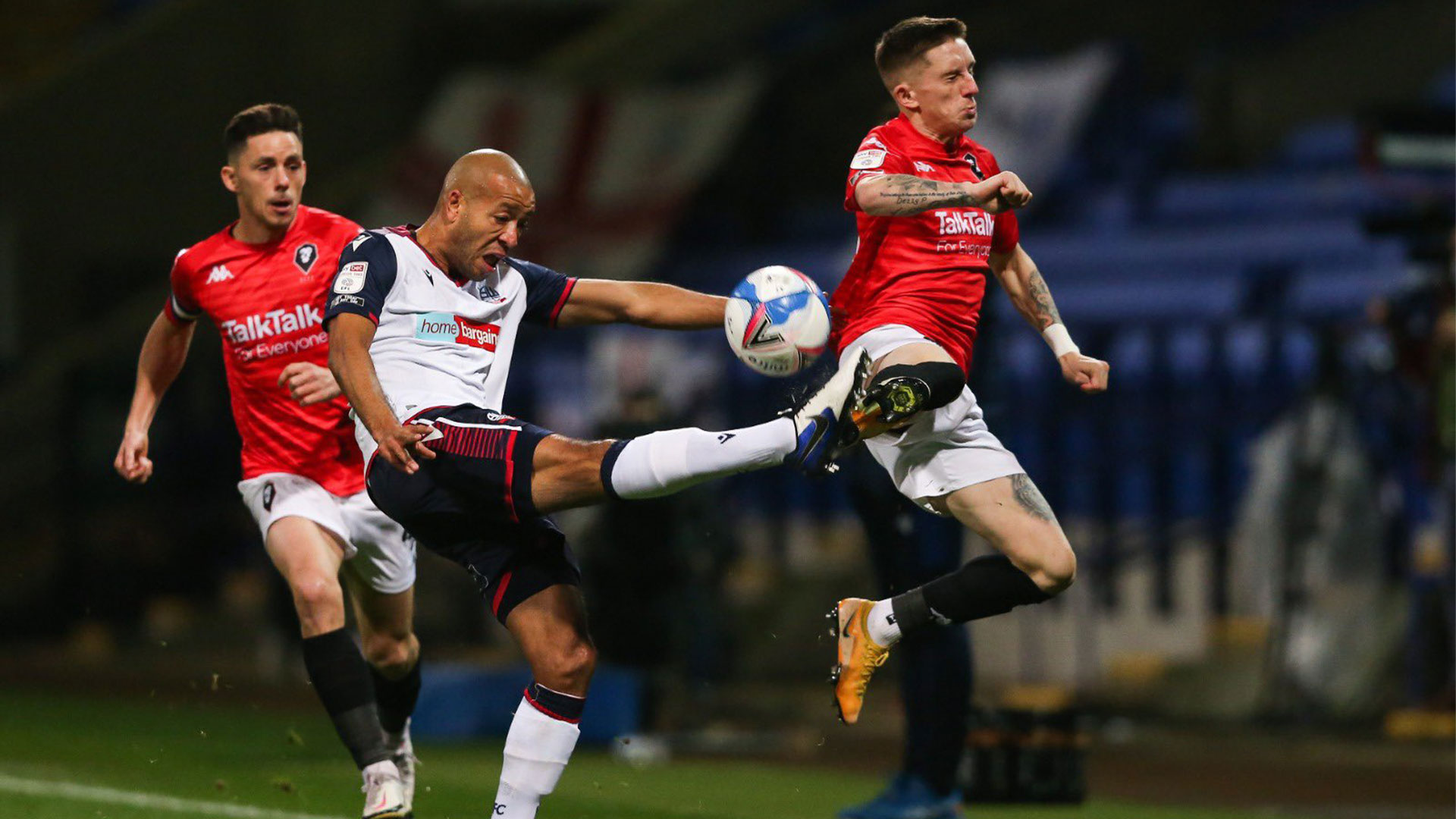