Wanderers are once again on their travels this evening when they visit Scunthorpe United where they will be searching for a fourth successive victory in all competitions.

Ian Evatt: “Scunthorpe have some good players. I know Neil Cox well and it should be a competitive game with both teams hitting a bit of form. Hopefully we’ll go there and get the result. We’re not getting carried away. We’re just focused on the next game and focused on winning at Scunthorpe. If we do that the rest will take care of itself. We’ve got to go there and be hard to beat first and foremost again and then hopefully our quality and technique will take over and we can win the game.”

Neil Cox: "I’m over the moon with seven points in the space of a week. The boys had a right good go. They were tired but they stuck in there and to be unbeaten in three is brilliant. Kev (van Veen) started the game but came off with not a hamstring, but more of a nerve situation. The new substitutes rule gave us the option to change it quickly and not risk him. So, we’ll see how he is. We’ve got a lot of tired bodies and we’ve got to wrap them up and see who is raring to go on Tuesday night."

Wanderers supporters can watch the clash with Scunthorpe United by purchasing an iFollow BWFC video match pass for just £10 you don’t have to miss a kick.

Wanderers have no fresh injury concerns to worry about as they bid to pick up a fourth win on the trot. Dennis Politic and Harry Brockbank are the only absentees from the squad.

In the Scunthorpe camp, Kevin van Veen and Jordan Clarke were both ruled out by manager Neil Cox in his pre-match press conference.

Midfielder Jake Taylor also misses out as he comes towards the end of his self-isolation period of 14 days after coming into contact with somebody who has tested positive for COVID-19.

On-loan midfielder Frank Vincent has returned to parent club Bournemouth for treatment, and looks set to be out for two months with a thigh strain.

Wanderers’ 2-1 victory at Stevenage on Saturday was their third win on the trot, following wins against Newcastle United under 21s in the Papa John’s Trophy and a Sky Bet League Two victory against Salford City at home the previous Friday.

The Iron come into the game on the back of seven points from their last three outings, including two away wins at Oldham Athletic and Port Vale. They drew with Morecambe at the weekend.

Scunthorpe ran out 1-0 winners in the last fixture between these two sides at Glanford Park back in April 2017 with David Mirfin netting the only goal of the game. Tonight’s meeting will be the 11th between the two sides.

​​Peter Kioso’s second goal of the season gave Bolton Wanderers their fourth win on the trot as they beat Scunthorpe United at Glanford Park.

The on loan defender put the finishing touches to a well worked goal in the second half to send Wanderers to 13th spot in the division.
​​
​​Ian Evatt named an unchanged starting XI for the third successive league game as Bolton Wanderers arrived at Glanford Park looking for a their fourth successive win in all competitions.
​​
​​Wanderers got off to a bright start and won a corner inside two minutes after Kioso’s cross was charged down by an Iron defender.
​​
​​Delaney ran to the near post to reach Kioso’s set-piece but wasn't able to glance the ball into the box.
​​
​​Doyle ran onto Crawford’s searching ball and got himself into a good shooting position but could only fire over Howard’s bar as Wanderers began to crank up the pressure on United.
​​
​​The visitors were showing great attacking intent from the get-go and Jones was unlucky not to get on the end of Kioso’s cross at the far post following a fine display of passing in midfield.
​​
​​Mark Howard made an impressive save diving down low to his left hand side to keep out a Sarcevic volley after the Wanderers captain latched onto a Kioso throw.
​​
​​The former Wanderers keeper got down well once again to keep out a curling effort from Delfouneso after the striker made space for himself when he received Jones’ throw-in.
​​
​​Ali Crawford fired over from distance after some good pressing play by Delfouneso carved open an opportunity to shoot for the Scot.
​​
​​Abo Eisa’s 30-yard free kick failed to trouble Gilks as the hosts made a rare venture into the danger area.
​​
​​The hosts were enjoying their best spell of the game and were unlucky not to take the lead when Emmanuel Onariase headed wide at the far post from a corner. It was a huge let off for Wanderers.
​​
​​Iron spurned another chance from a corner when Alfie Beestin fired a loose ball over the bar from close range.
​​
​​Wanderers started the second half strongly and earned two dangerous free-kicks in quick succession. On both occasions Baptiste went close with headers from Crawford set pieces.
​​
​​Kioso broke the deadlock for his second goal of the campaign with an accomplished low finish after some stunning play by Delfouneso over on the right hand side created the space for the wing back to shoot past Howard. The striker beat two men with some fancy footwork before dragging the ball back for his team mate to put his side in front.
​​
​​Gilks made an important save at the other end after the hosts carved open a chance out of nothing.
​​
​​Howard made a vital save to keep out a Tutte pile driver on 69 minutes as Wanderers looked to extend their lead.
​​
​​Lewis Spence fired wide from distance after Iron made their way in to the final third.
​​
​​Evatt made a double substitution with Isgrove and Miller coming on for Crawford and Delfouneso with 15 minutes of the game remaining.
​​
​​Gilks showed tremendous agility to keep out a cross from McAtee which drifted goalwards and United couldn't breach the Wanderers goal with Ian Evatt's side collecting a deserved three points on the road.
​​
​​
​​
​​
​​Scunthorpe United: Howard, Bedeau, McGahey, Onariase, Gilliead, Loft (Olomola 68), Eisa, Brown (Hippolyte 67), Green (McAtee 73), Spence, Beestin (Hallam 83)
​​
​​Subs Not Used: Watson, Cordner, Rowe.
​​
​​Bolton Wanderers: Gilks, Jones, Almeida Santos, Delaney, Delfouneso (Miller 76), Doyle (Darcy 90+2), Sarcevic, Crawford (Isgrove 76), Tutte, Baptiste, Kioso.
​​
​​Subs Not Used: Crellin, White, Mascoll, Greenidge. 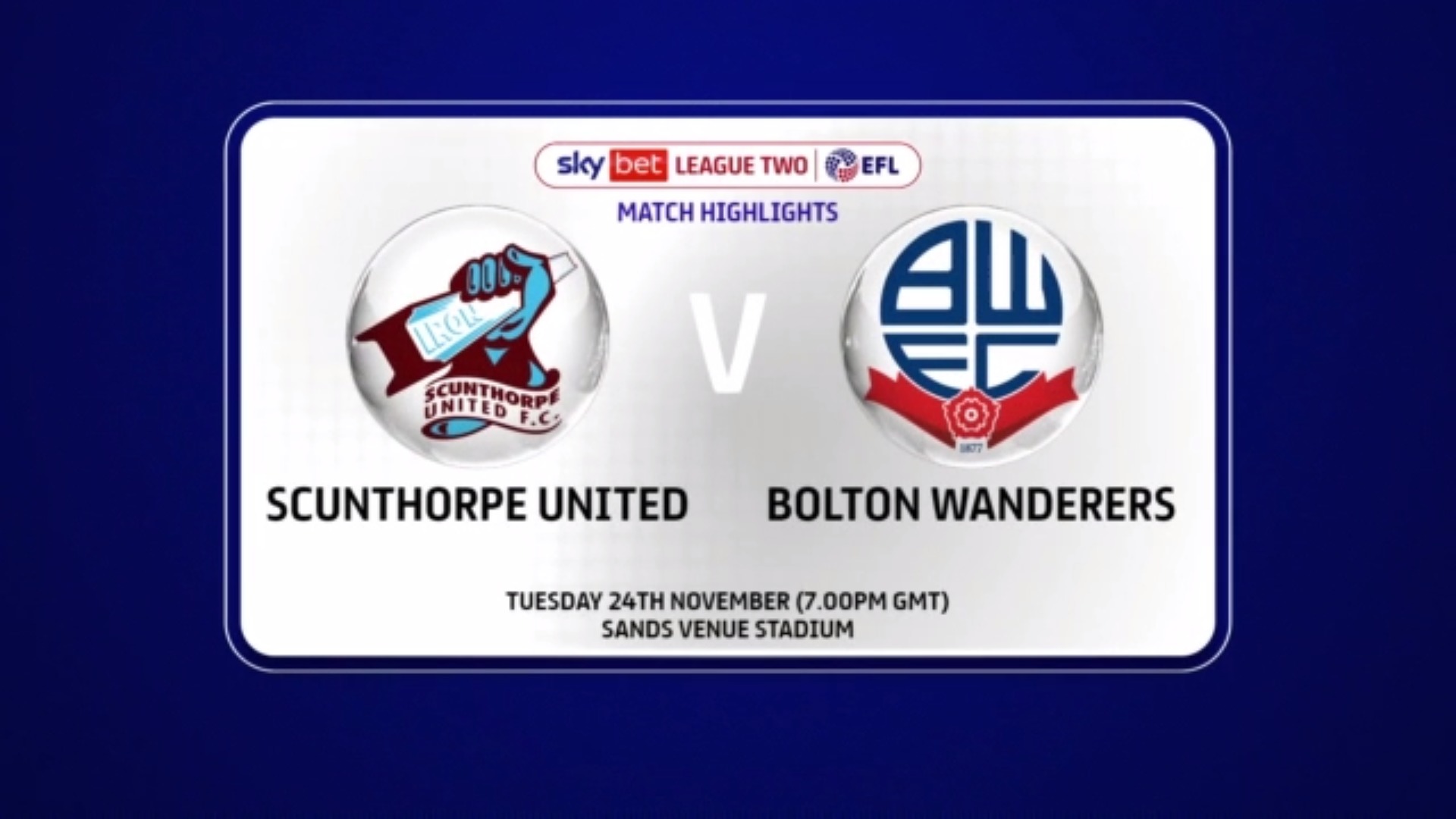 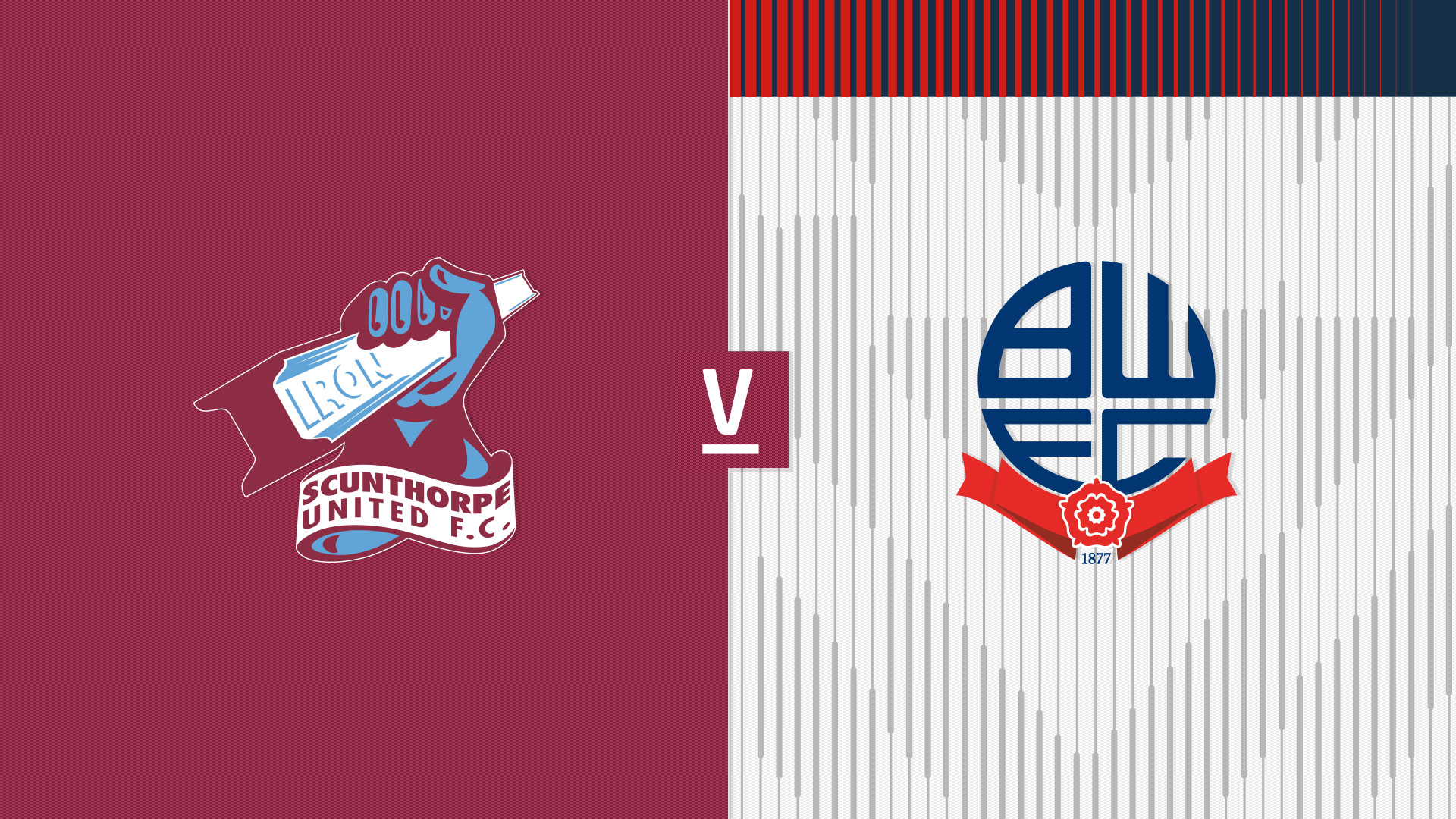 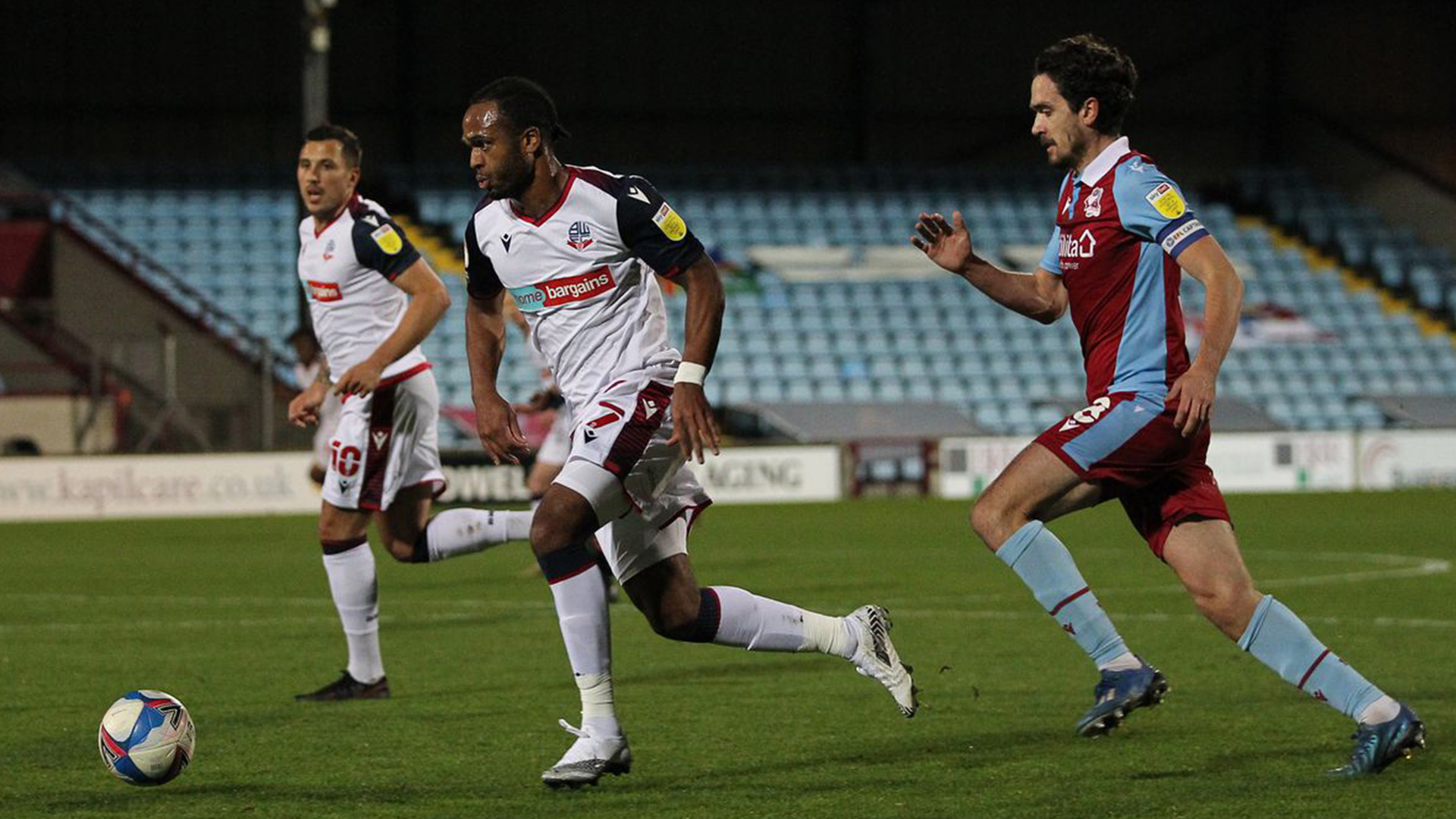