Wanderers return to Sky Bet League Two action on Saturday afternoon when they host Grimsby Town at the University of Bolton Stadium.

Wanderers will be buoyed by their league victory away against Harrogate Town last weekend where goals from Eoin Doyle and Nathan Delfouneso saw them pick up three points at the Keepmoat Stadium.

Ian Evatt: “I know their Ian Holloway better than anybody and I know he will have them fit, firing and ready to go, no question about it. I do think it will be a game where if we have possession of the ball and move them accordingly and tire them out we should have a physical advantage after 60 minutes, there’s no two ways about that.

“We have played more games, trained more, but we have to make sure we utilise that by moving the ball, keeping it away from them, and then in the last half-hour take over the game and win it.

“That’s how I see it being played, however, we have to actually do it.

“I’d love to build on the win against Harrogate and a very positive performance in midweek at Shrewsbury.

“Ollie is a great character but because he has a bit of a joke and a laugh, or uses the odd analogy here and there, people just don’t give him any credit for his tactical nous.

“He knows the game really well and he’s one of those guys who inspires with the way he lives his life in general. His wife, Kim, his family, they are inspirational people and I can’t speak highly enough of him and what he did for me.

Supporters can watch the game live on iFollow BWFC by purchasing a £10 match pass.

Ian Evatt faces a possible selection dilemma ahead of Saturday’s afternoon’s clash against the Mariners.

Following their victory against Harrogate in the league, Wanderers fielded nine changes in their midweek EFL Trophy tie against Shrewsbury.

Although the Shrews ran out winners, Evatt was pleased with Wanderers’ performance and in particular with that of the younger players in the squad.

Alex Baptiste could also return to the fray after returning to fitness.

The two clubs last met in the Football League in 2001 where they shared a 2-2 draw at the Reebok Stadium. Goals from Gudni Bergsson and Bo Hansen earned Sam Allardyce’s men a point on their way to an eventual promotion to the Premier League courtesy of a play-off final victory against Preston North End at Cardiff’s Millennium Stadium.

They have played each other 62 times in all competitions with Wanderers edging the head to head encounters with 26 victories to their name against Town’s 17.

Wanderers come into the game following a midweek defeat in the EFL Trophy at Shrewsbury Town, but will be high on confidence following a morale-boosting 2-1 win against Harrogate Town last weekend.

Grimsby have been without football for a couple of weeks after a spell in isolation due to a positive COVID-19 test in the group. Prior to that, they lost their first two league fixtures of the season, away at Walsall and at home to Salford City.

​​Both sides played out a scoreless encounter as Grimsby Town held Bolton Wanderers at the University of Bolton Stadium.

Despite controlling most of the contest Wanderers were unable to find a way past their opponents who seldom caused any issues for the hosts backline.
​​
​​Ian Evatt made just one change from the side that beat Harrogate Town last weekend with Jak Hickman replacing the injured Gethin Jones.
​​
​​Alex Baptiste returned from injury to be named among the substitutes where he was joined by youngster Regan Riley who impressed in the midweek EFL Trophy encounter against Shrewsbury Town.
​​
​​Wanderers looked slick with their passing game early on and Hickman put in two good balls from the right which narrowly evaded any of the host’s front men.
​​
​​Crellin made a vital block with his feet to deny Terry Taylor who had ghosted in from the right hand side.
​​
​​Wanderers won a free kick from 30 yards out when Delfouneso was felled as he looked to twist away from his man. Crawford took the free-kick well but it went narrowly wide of James McKeown’s right hand post.
​​
​​Hickman was proving to be a very useful threat on the right flank and another cross found Doyle whose layoff for Crawford culminated in the Scot’s powerful first time effort blocked.
​​
​​Wanderers earned another free-kick in a dangerous position when Sarcevic was scythed just out side the box on the right hand side. Again Crawford stepped up to take the kick, which was floated into the box but it evaded the head of Brockbank who was looking to nod towards goal.
​​
​​Another free kick came Wanderers’ way when Sarcevic was feled 20 yards out. Crawford’s free-kick left McKeown flat-footed but it went narrowly wide of the right hand post.
​​
​​Both teams were unchanged during the break, with Wanderers looking to turn their dominance into goals.
​​
​​The hosts were looking comfortable in possession during the early stages of the second period but hadn’t really troubled McKeown in the Mariners' goal.
​​
​​Grimsby had a rare foray into the Wanderers box which culminated in Luke Hendrie firing over from just out side the box.
​​
​​Delfouneso spurned a good chance when Tutte found him just outside the box. The striker could only the the ball over the Grimsby goal.
​​
​​Alex Baptiste came on for Hickman after 66 minutes as Evatt made his first change of the afternoon.
​​
​​The sub got on the end of a Crawford corner but, under pressure from a Town defender, could only guide his volley wide of goal.
​​
​​Evatt made a double subsitution with 15 minutes to go when Gordon and Comley came on for Mascoll and Tutte.
​​
​​Terry Taylor flashed wide from a good position after Wanderers lost possession deep in their own half.
​​
​​Despite six minutes being added on, Wanderers weren't able to break the deadlock.
​​
​​
​​
​​Wanderers: Crellin, Hickman (Baptiste 66), Mascoll (Gordon 75), Tutte (Comley, 75), Delaney, Almeida Santos, Brockbank, Sarcevic (c), Crawford, Doyle, Delfouneso
​​
​​Subs Not Used: Greenidge, Darcy, Gnahoua, Riley 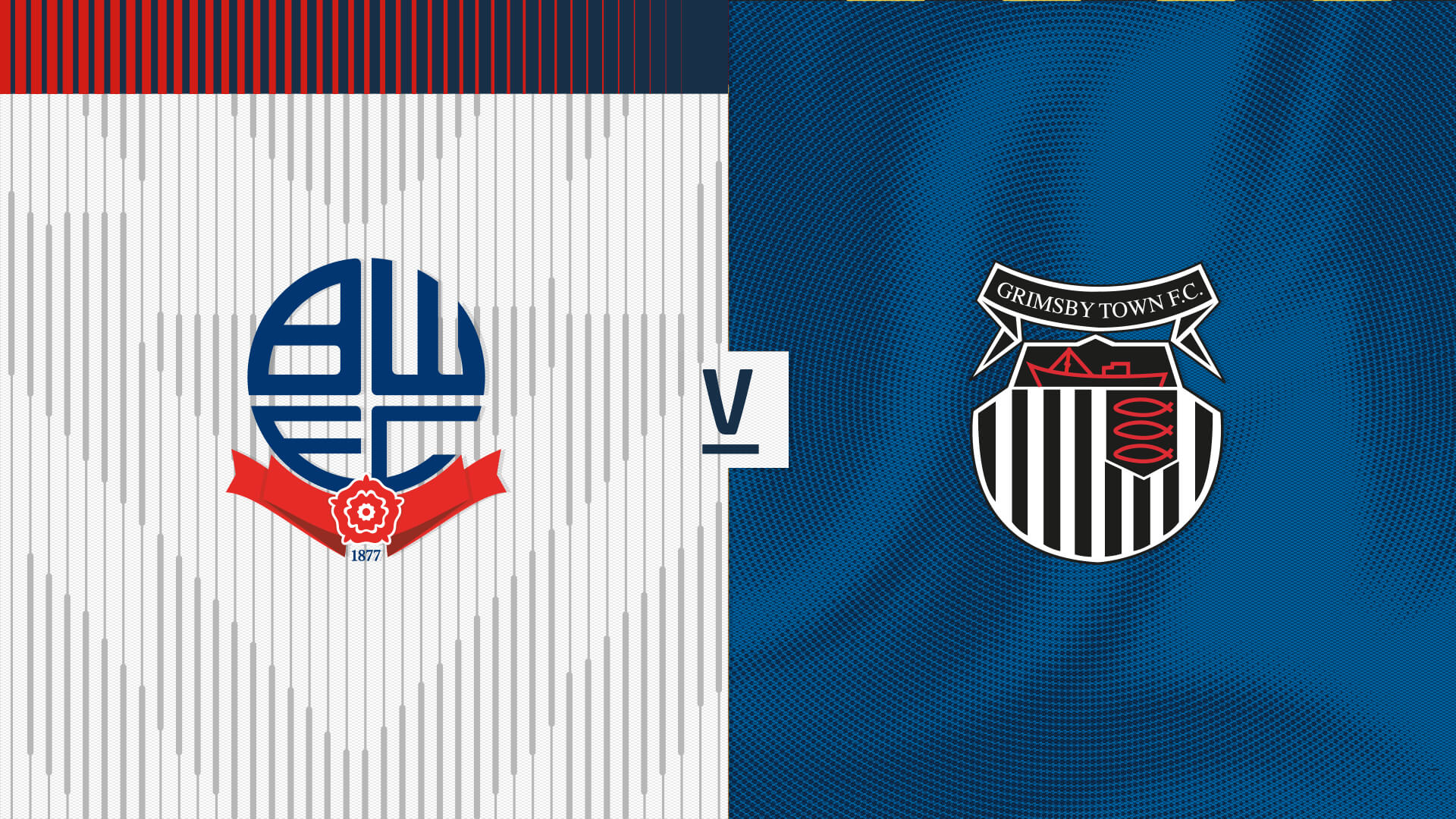 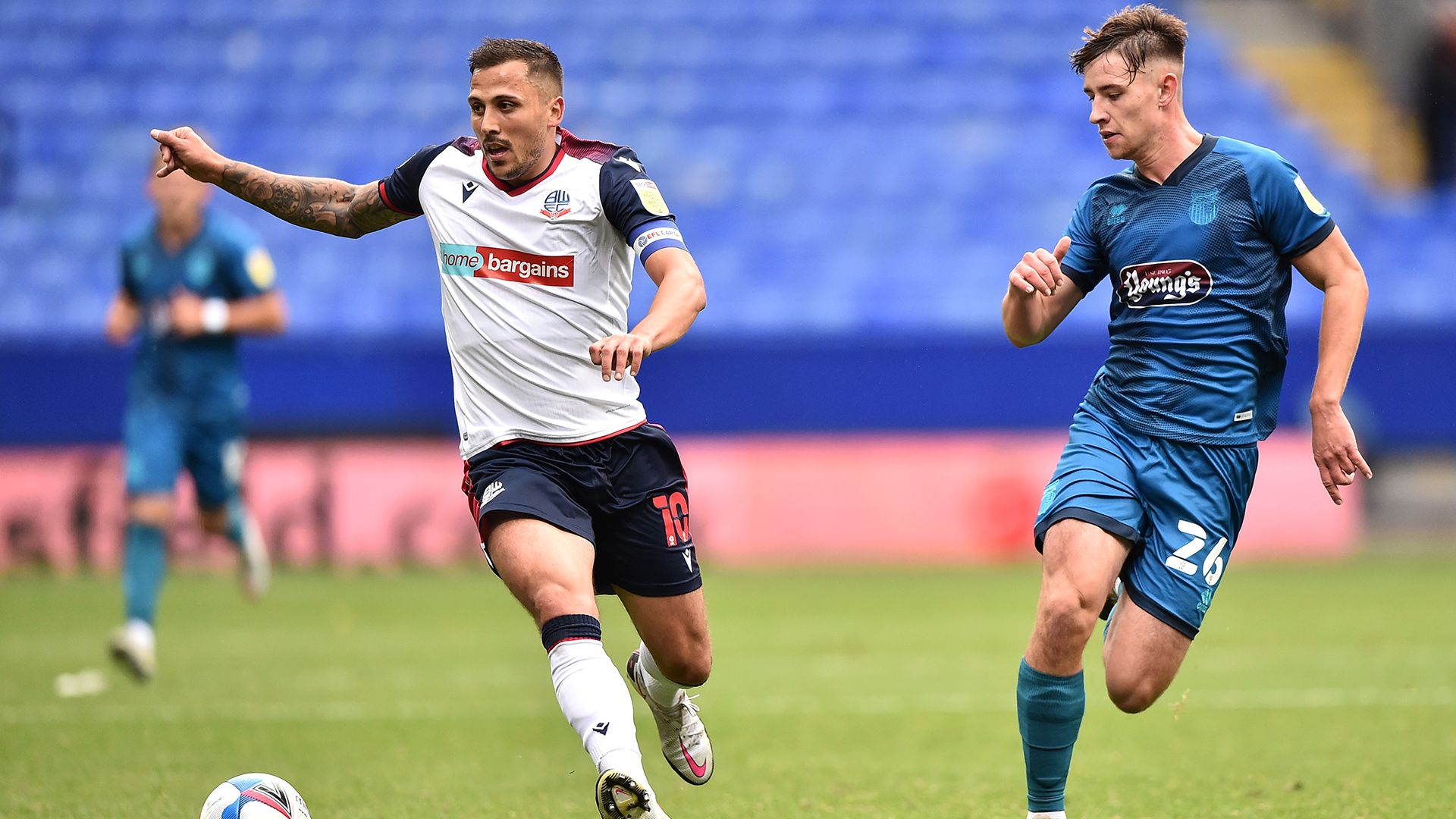