Still winless in the opening three league fixtures, Ian Evatt’s men travel to Doncaster to take on a Harrogate Town side buoyant with confidence after their promotion and unbeaten in three Sky Bet League Two fixtures.

Ian Evatt: ‘I know a lot about Harrogate, probably more than most. Simon (Weaver) has done a fantastic job there and they are hard to play against in terms of their intensity – they are grafters and they really work hard for one another.

‘They put you under pressure and they’ll put the ball into areas that force you to defend. They’re very good from set pieces as most League Two teams are, and we have to be at the races it’s as simple as that. We have to make sure we’re better with and without the ball than we were last Saturday.’

Simon Weaver: ‘The Bolton game is a huge one for us. They’re a massive club, with history, a big fan-base and a fantastic stadium, but they haven’t had the best of starts and they’ll be desperate to put that right this weekend.

‘We can’t allow them to do that. We have to be on the front foot, making life difficult for them and all-energy with and without the ball. We’ve made a positive start to the season and we have to be relentless in trying to build on that.’

Wanderers supporters can watch the clash with Harrogate Town by purchasing an iFollow BWFC video match pass for just £10, meaning despite not being able to make the trip to Yorkshire, you don’t have to miss a kick.

Ian Evatt confirmed new signing Lloyd Isgrove will miss the weekend’s clash with Harrogate through injury. Arthur Gnahoua remains fit and available and could come into contention for a start at the Keepmoat Stadium this weekend.

Antoni Sarcevic and Shaun Miller returned to training this week and could be available for a place in the matchday squad this Saturday.

In the Town camp, Jack Muldoon missed out on last weekend’s trip to Port Vale with a minor muscle injury and he could come back into contention on Saturday.

Goalkeeper James Belshaw continues to progress in his recovery from a hand injury but he’ll most likely be unavailable at the weekend.

Wanderers head into Saturday’s fixture in search of their first victory of the season after opening the campaign with a hugely disappointing five consecutive defeats in all competitions; the latest being last weekend’s home loss to Newport County.

Town are unbeaten in their first three league fixtures. Opening their maiden Sky Bet League Two campaign with a 4-0 victory at Southend United, they drew 2-2 with Walsall at their temporary home before a goalless draw at Port Vale last weekend.

They defeated Tranmere Rovers in the 1st Round of the Carabao Cup at Prenton Park before an eventual exit at the hands of Premier League West Bromwich Albion in the 2nd Round.

This weekend will see a first meeting between the two clubs, with the current campaign Harrogate Town’s very first in the Football League.

Only in the National League North a couple of years ago, it has been a remarkable rise for the North Yorkshire club. The year Town were promoted to the fifth tier of English football was also the year that Wanderers stayed up in the Championship on the final day with victory against Nottingham Forest.

Doyle gave Wanderers and early lead with his first league goal for the club, before fellow striker Delfouneso doubled the lead inside the second-half.

Although Thomson pulled a goal back to half the hosts’ deficit, Wanderers held firm to pick up the three points from their travels.

Head Coach Ian Evatt made five changes from Wanderers’ previous outing against Newport County as they took on Harrogate Town for the very first meeting between these two teams.

A bright attacking start from Wanderers saw them win a corner inside two minutes after Gethin Jones’ cross was deflected behind.

Ali Crawford’s corner was cleared but not before Wanderers’ earned another immediately afterwards when Nathan Delfouneso’s cross was charged down.

At the other end, Jones was handily placed to clear off his own line after Ryan Fallowfield whipped in a cross that was met by the head off George Thomson.

Wanderers had a let off when Aaron Martin’s header off Fallowfield’s cross hit the foot of Billy Crellin’s right hand stick.

Delfouneso was unfortunate not to break the deadlock when he got on the end of Jones’ cross after the Welshman was found superbly by Crawford’s defence-splitting pass. The big striker’s well-struck effort cannoned off a defender to go behind for a corner.

From Crawford’s resulting corner, Doyle lost his marker to the steer the ball home for his first league goal in a Wanderers’ shirt.

Moments later and Doyle almost grabbed his second but a last ditch attempt by Dan Jones blocked the Irishman’s effort.

Tutte then had a shot charged down as Wanderers looked to capitalise on their opener.

Wanderers were on fire and looking to increase their lead to maintain the momentum they had gathered in the opening stages.

Doyle’s looped header went over and it seemed only a matter of time before Wanderers grabbed another.

Santos went on a rampaging run, taking the ball out of defence and charging 40 yards. His attempted pass to put Crawford on goal was miscued.

Crellin made an important save to palm away a close-range powerful drive from Calvin Miller as Harrogate proved to be an attacking threat.

With five minutes of the half remaining, Wanderers lost the services of Jones who limped off with what appeared to be a foot injury. Jak Hickman came on for the wing-back in a like-for-like swap.

Crawford’s free-kick over on the right hand side passed through a sea of players with Delaney only inches away from connecting at the far post.

Hickman recovered well after he lost possession but it was at the expense of a corner which Crellin punched away.

Wanderers increased their lead on 57 minutes thanks to Delfouneso who was set up by a great ball from fellow front man Doyle. The striker kept his composure to loft the ball over Cracknell for a great finish.

Thomson pulled a goal back for the hosts four minutes later when he slotted the ball past Crellin after Wanderers failed to clear a cross from the right hand side.

Evatt made his second change with 20 minutes remaining with Gordon coming on for the impressive Mascoll.

Cracknell made hard work of a Sarcevic volley as the Wanderers captain looked to restore Wanderers’ two-goal advantage. 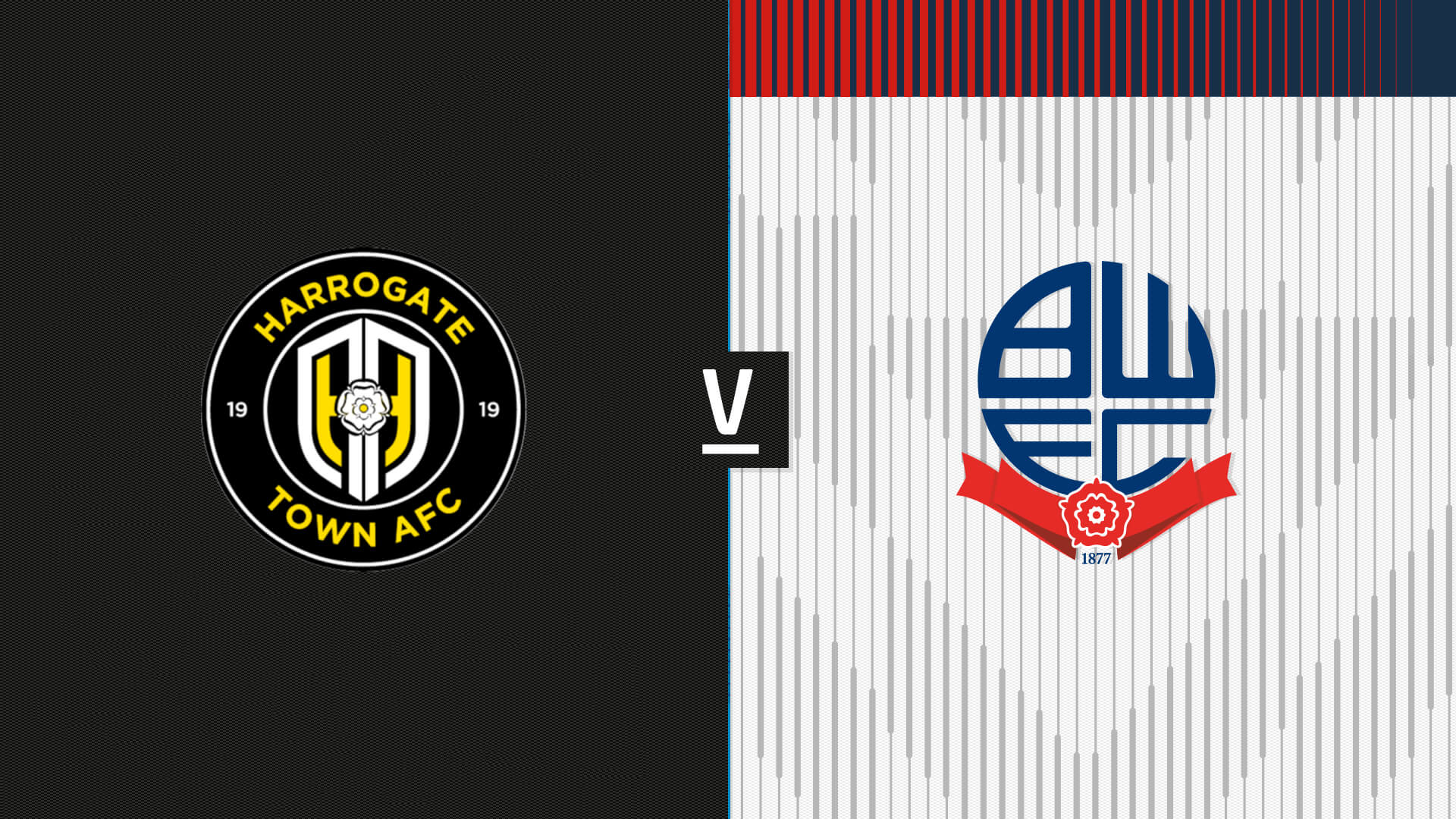 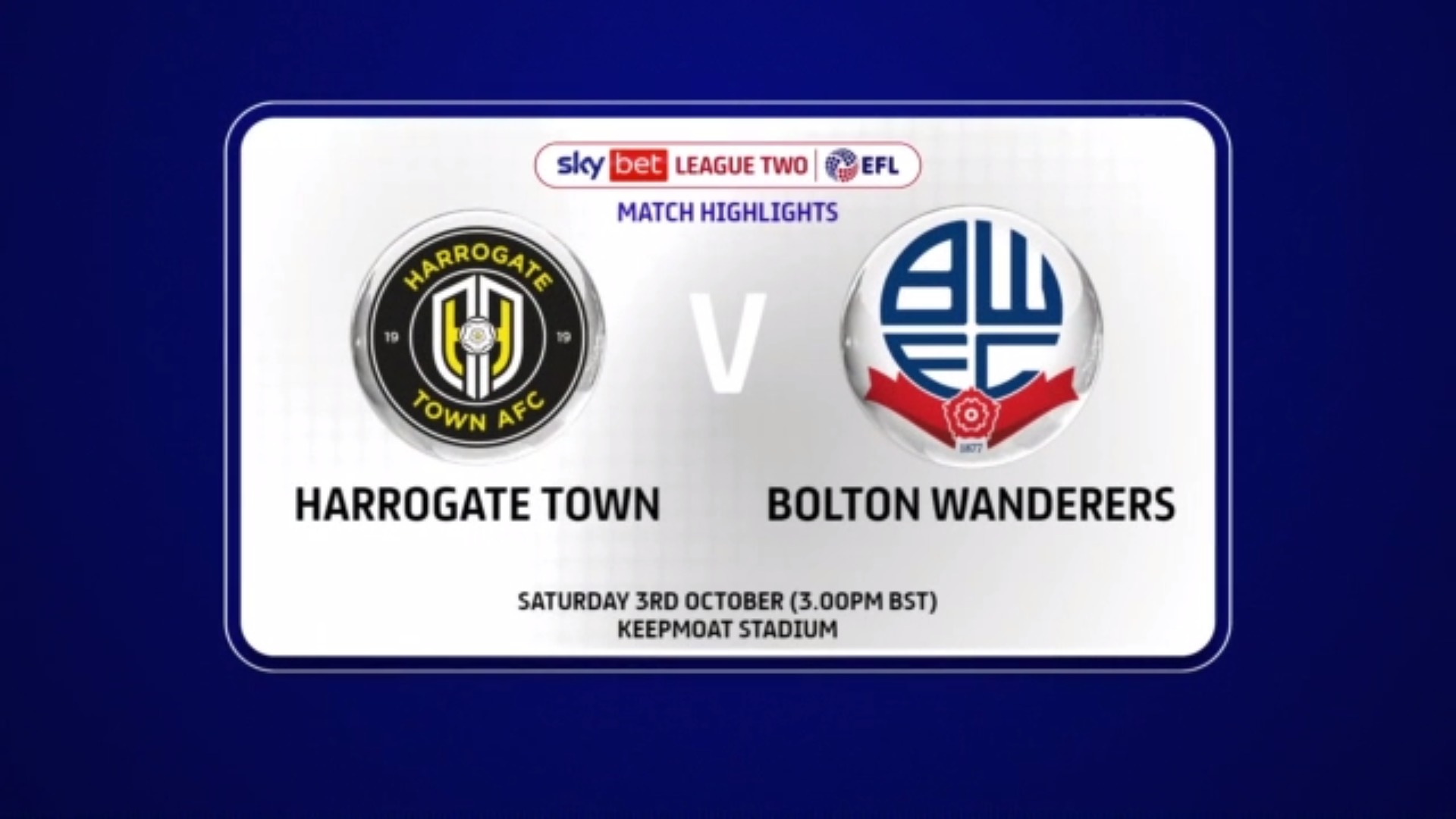 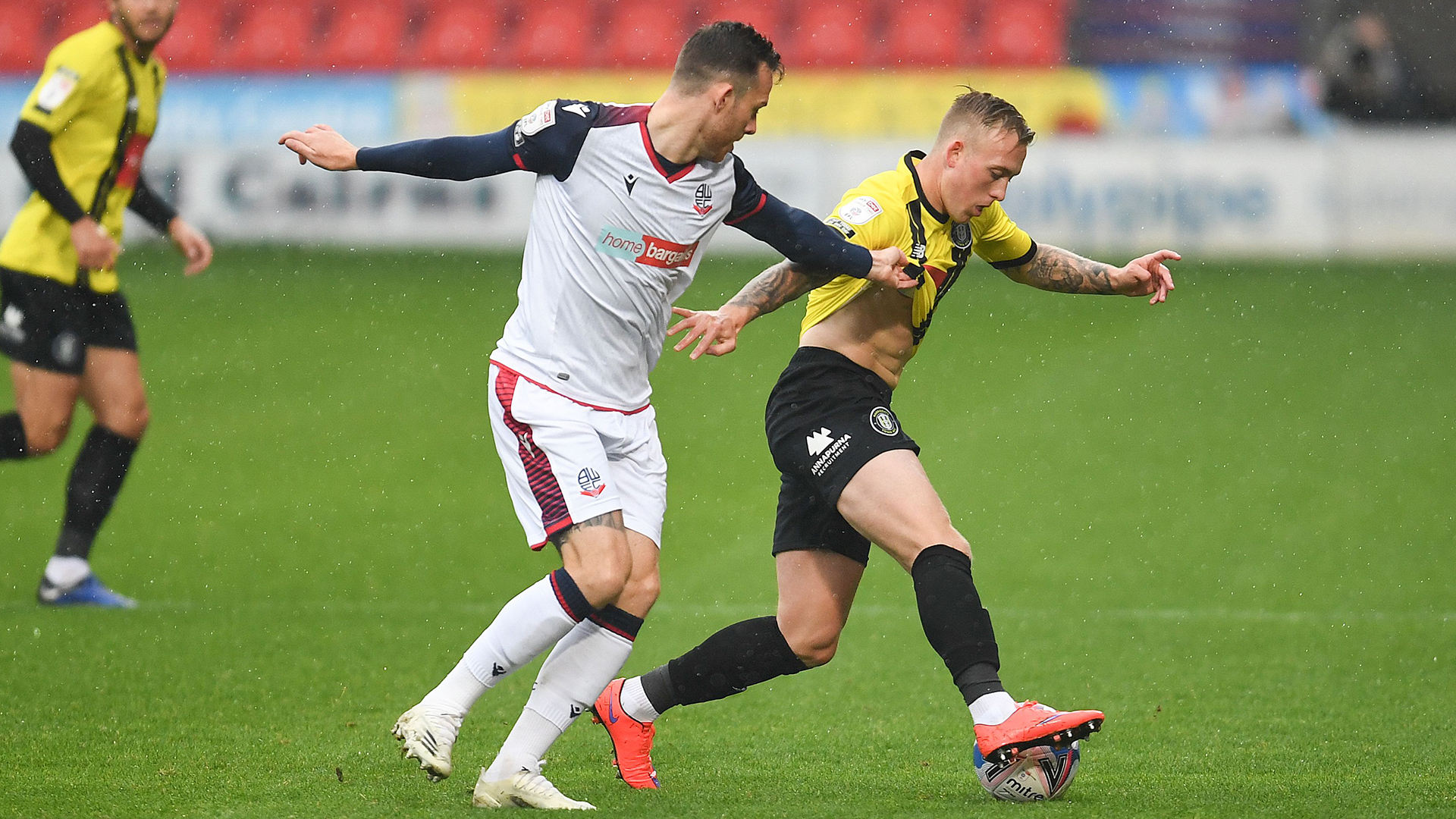