Bolton Wanderers’ EFL Trophy tie against Shrewsbury Town at Montgomery Waters Meadow on Tuesday 6 October will now kick off at 5:30pm instead of 7pm.

A much-changed Bolton Wanderers side lost narrowly to Shrewsbury Town in the second group game of the EFL Trophy.

Adam Senior’s first goal for the club set up an exciting finale as the visitors fought their way back into the contest after Town put themselves two goals to the good.

But despite being in control for the second-half Sam Ricketts’ men held on for victory.

Ian Evatt made nine changes from the side that beat Harrogate Town at the weekend as Wanderers travelled to Montgomery Waters Meadow.

Amongst the substitutes were Max Conway, Matt Tweedley and Regan Riley who have been in the club’s academy since the age of 8.

Vela was in the thick of the action and got a lengthy telling off by the referee for a late challenge on Gordon in the middle of the park.

Gordon put a superb ball from the left-hand side into the box after White stole possession, but the ball was cleared before it could reach the head of Gnahoua who was shaping up to head it past Harry Burgoyne.

The hosts took the lead after 19 minutes when Ryan Barnett intercepted Taft’s loose pass across goal to steer the ball beyond Billy Crellin.

Burgoyne pulled off a stunning save the prevent Wanderers from earning an immediate equaliser. Taft released Gordon the left with a great ball over the top, the wing back’s pinpoint cross found Gnahoua at the far-post, but his effort was kept out at point blank range.

Wanderers earned a penalty in the 27th minute when Gnahoua was scythed down in the box by a combination of Aaron Pierre and Scott Golbourne. White stepped up to take the spot kick but could only hit the foot of the Burgoyne’s right hand stick.

Vela was shown a yellow card just after the half-hour mark when he fouled White, who after a lengthy period of treatment had to be withdrawn from the game.

Riley came on to replace him for only his second appearance in a Wanderers shirt.

Cummings increased the hosts’ lead when he fired low beyond Crellin after a stray pass lost Wanderers possession.

Wanderers made their second change at the break with Reiss Greenidge coming on for Delaney, while Vela was withdrawn by the hosts for Josh Daniels.

Cummings blazed over the bar from close range after being presented with a loose ball just outside Wanderers’ box.

Wanderers pulled a goal back on 64 minutes through Bolton-born Senior. The defender headed the ball over the line after Greenidge nodded the ball into the danger area from Darcy’s curling free-kick.

Mascoll was Wanderers’ third and final change when he came on for Lockett on 69 minutes.

Gnahoua missed another glorious chance to get on the scoresheet when a Greenidge header into the box was met by the striker who could only nod wide of goal.

Crellin stood firm to deny Barnett as the Shrews tried to get their momentum back.

Taft headed wide after he was the first to get to Darcy’s free-kick with Wanderers looking hunrgy to grab an equaliser.

With a minute to go, Hickman blazed over after the ball found its way to him at a tight angle inside the box.

Mascoll hit over from close range deep into injury time as Wanderers tried in vain to get a deserved equaliser.

Wanderers can consider themselves very unlucky not to have got something from the game after being well on top for the second half.


Bolton Wanderers’ EFL Trophy tie against Shrewsbury Town at Montgomery Waters Meadow on Tuesday 6 October will now kick off at 5:30pm instead of 7pm. 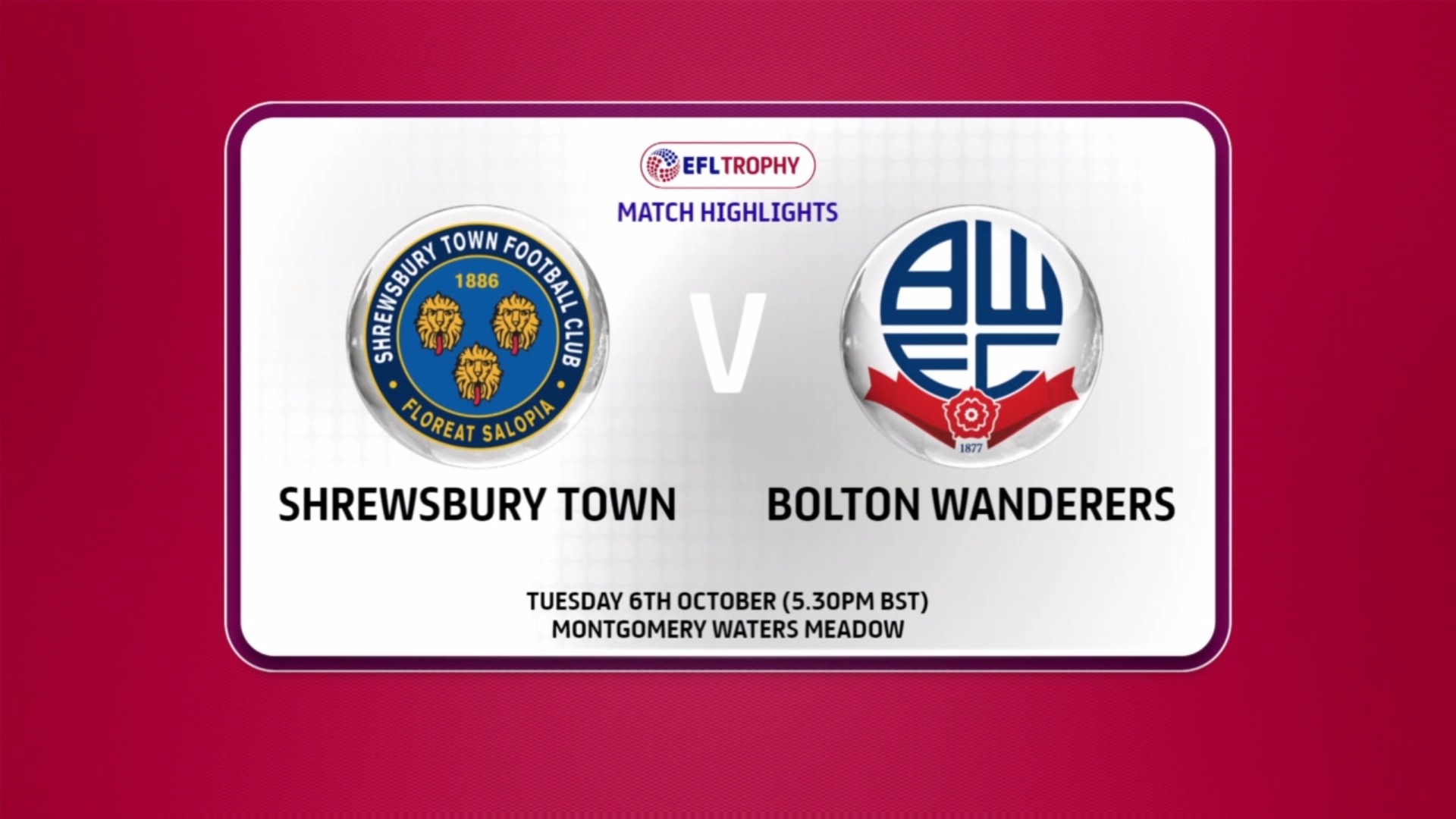 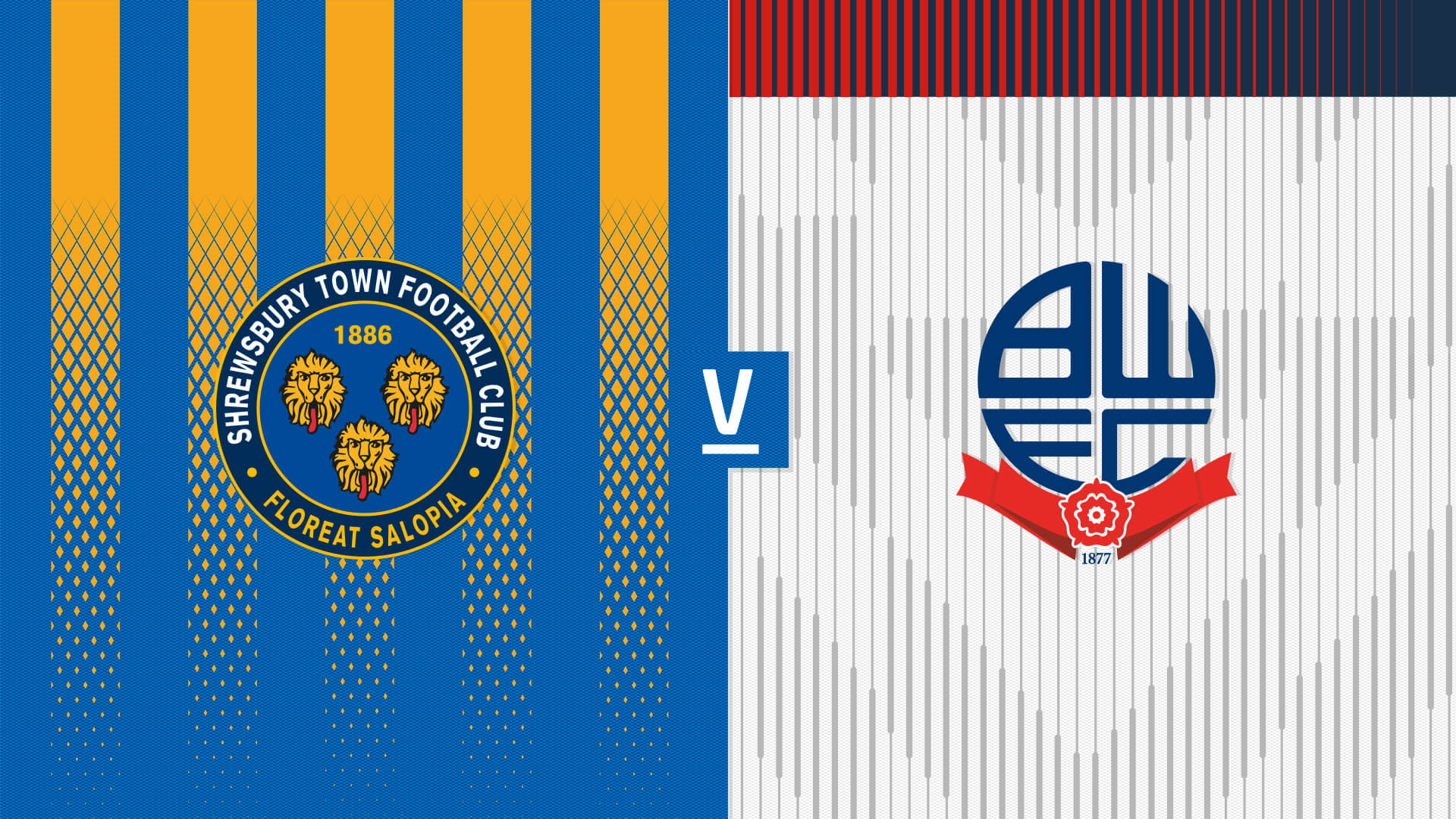 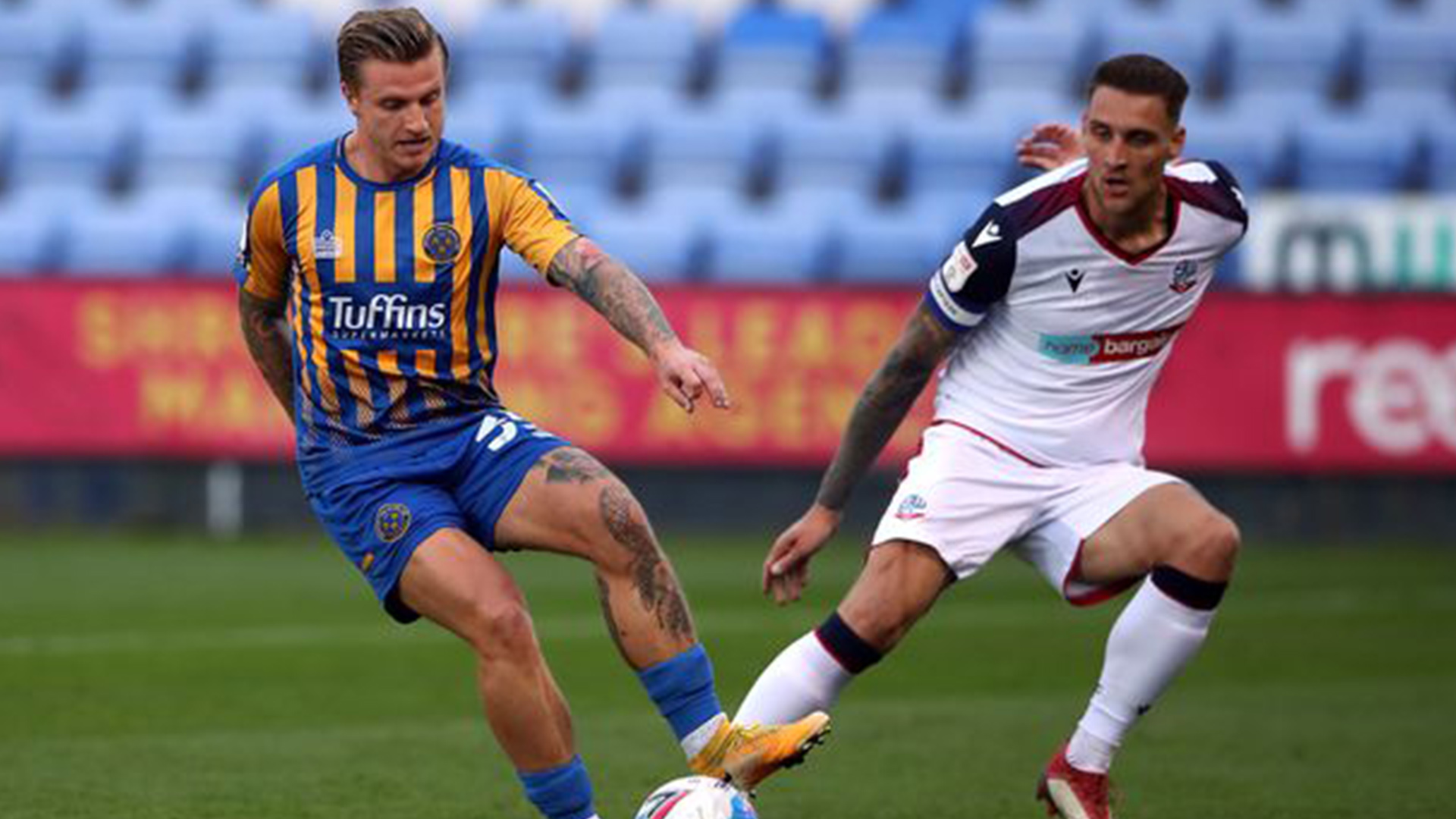