Wanderers Head Coach Ian Evatt will take charge of his first competitive fixture tomorrow afternoon with fellow Sky Bet League Two side Bradford City the visitors to the University of Bolton Stadium for a Carabao Cup Round One tie.

There could be a whole host of players making their Bolton Wanderers debuts tomorrow afternoon, notably so strike duo Eoin Doyle and Nathan Delfouneso as well as newly appointed captain, Antoni Sarcevic who was last weekend elected to wear the armband for the 2020/21 campaign.

Ian Evatt: ‘It’ll be a good game. They’ll fancy their chances in League Two this season, they’re a big club in their own right. It’s a good test because it’s a good benchmark for where we’re at.

‘This is the real thing now, we’ve been waiting a long time for this. Hopefully the lads will go out there, focus on the process and what we’re trying to do as a team. If we do that then I’m more than confident that we’ll get the right result.’

Stuart McCall: ‘We are going flat out for a victory. The game is against one of our rivals who have just come down into the same division as us.

‘We will go out there and treat it as though it is our first league game, because we are desperate to win.

‘Playing behind closed doors will be a big learning curve for everybody involved, but we are just looking forward to being in a competitive game.’

Dennis Politic will be unavailable for the foreseeable future after sustaining a knee injury in the pre-season victory at Loughborough University. Liam Edwards and Muhammadu Faal are likely to miss out through injury.

Eoin Doyle could line up against his former side for the first time since departing Valley Parade for Swindon Town earlier in the year.

Bradford City’s Levi Sutton is suspended but aside from him, Stuart McCall declared everyone as fit and ready. Former Wanderer Clayton Donaldson could line up for the Bantams tomorrow afternoon.

Many people say that you can’t read too much into pre-season results but Wanderers have had a pretty encouraging summer in the main.

The Bantams have been beaten three times in their three known pre-season friendlies. Losing by a goal against Doncaster Rovers, Huddersfield Town and Wigan Athletic.

Stuart McCall’s side will be looking to build on a 9th place finish in Sky Bet League Two last season with Wanderers aiming to bounce back in style following relegation from Sky Bet League One.

Bolton Wanderers bowed out of the Carabao Cup at the first round after being edged out by fellow Sky Bet League Two outfit Bradford City.

The visitors took the lead through Lee Novak midway through the first half before Wanderers’ skipper Antoni Sarcevic levelled the contest less than two minutes after the half-time break.

But the Bantams put themselves into the next round when substitute Harry Pritchard looped in a header beyond the impressive Billy Crellin.

Head Coach Ian Evatt handed out ten debuts to his Wanderers side with Shaun Miller – his 17th signing of the summer – named among the substitutes.

The visitors started off brightly and Billy Clarke was denied a goalbound header when Ricardo Santos got in a timely block.

Buoyed by their bright start, Bradford, through Clarke, were once again thwarted when Crellin pulled off a smart save to keep out the Irishman’s chipped effort.

Wanderers responded to the early pressure and Santos, after a charging run, saw his shot from distance crash off Richard O’Donnell’s crossbar.

The Bantams keeper was then pressed into action to block Nathan Delfouneso’s effort, while further up the field Crellin once again showed his value by denying Novak who had burst through on goal.

The industrious Tom White, who shone on his debut, fired wide after getting into space.

But Novak broke the deadlock when he tapped home from close range on 26 minutes after he was picked out from the right hand side.

Wanderers were looking to cancel out the visitors’ opener and Eoin Doyle saw an effort deflect off Novak.

Defender George Taft then broke out of defence but his long range drive went over the bar.

Wanderers got on terms 90 seconds after the restart when Sarcevic got on the end of a rebound after Delfouneso had worked some magic on the flank.

The Manchester-born midfielder came close to doubling his tally and putting Wanderers in front when his shot from distance went narrowly wide.

With Wanderers looking the most likely to go on and claim victory, Bradford’s winner came against the run of play when, with 15 minutes of the tie remaining, Pritchard headed across goal to beat Crellin.

New signing Miller came on with just under ten minutes remaining to add some extra impetus in the Wanderers attach, but Evatt’s men were unable to alter the result. 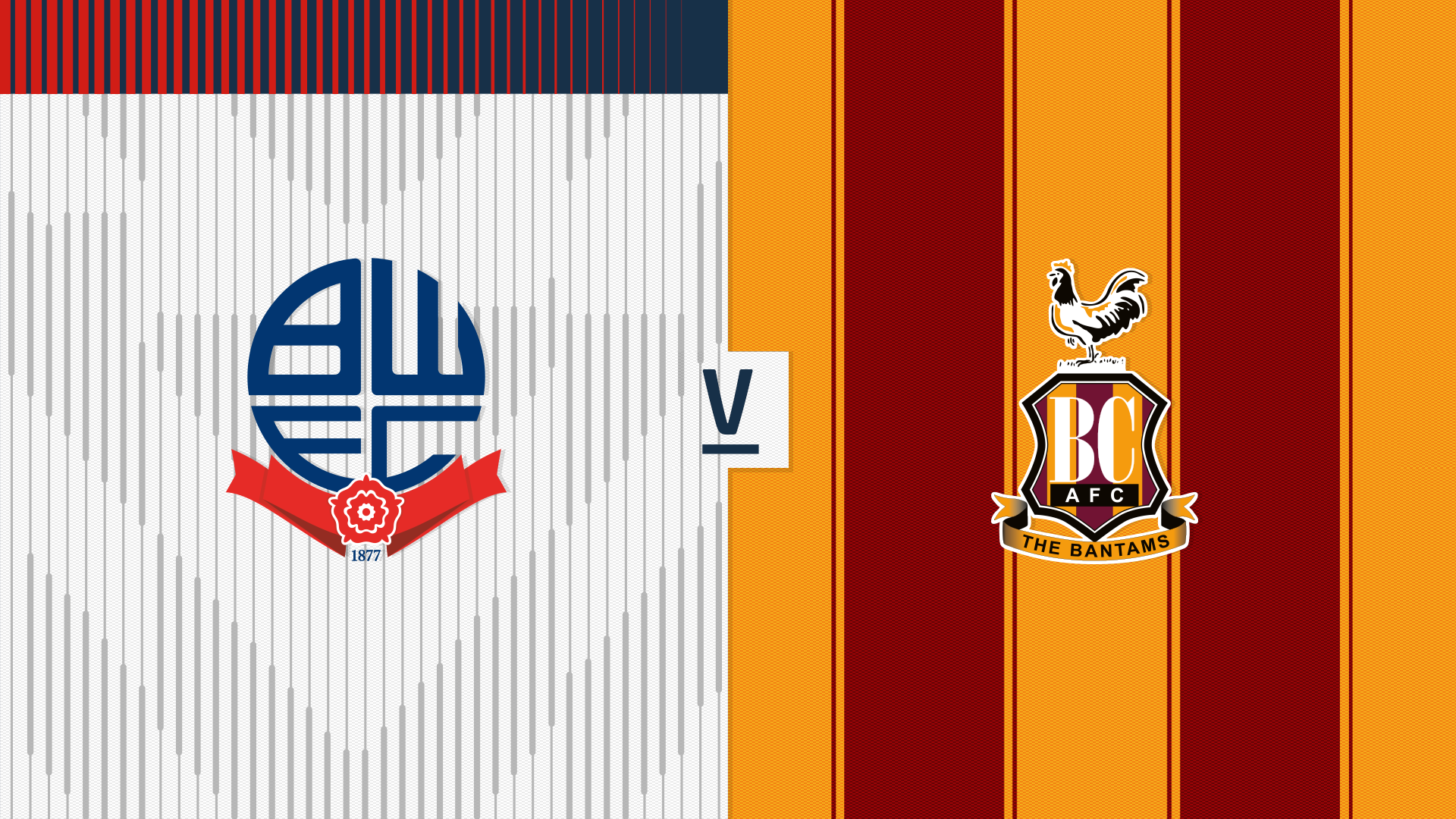 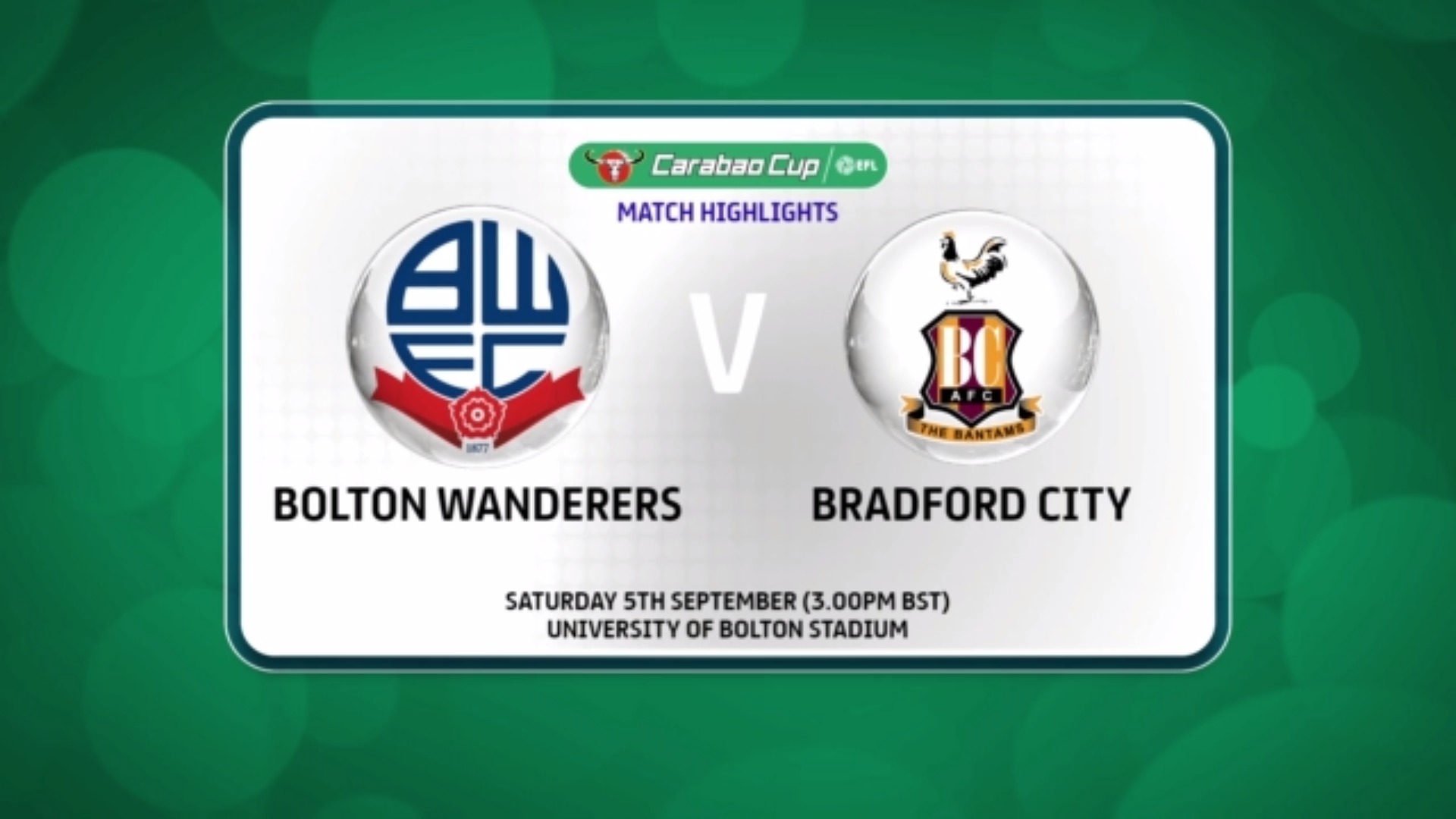 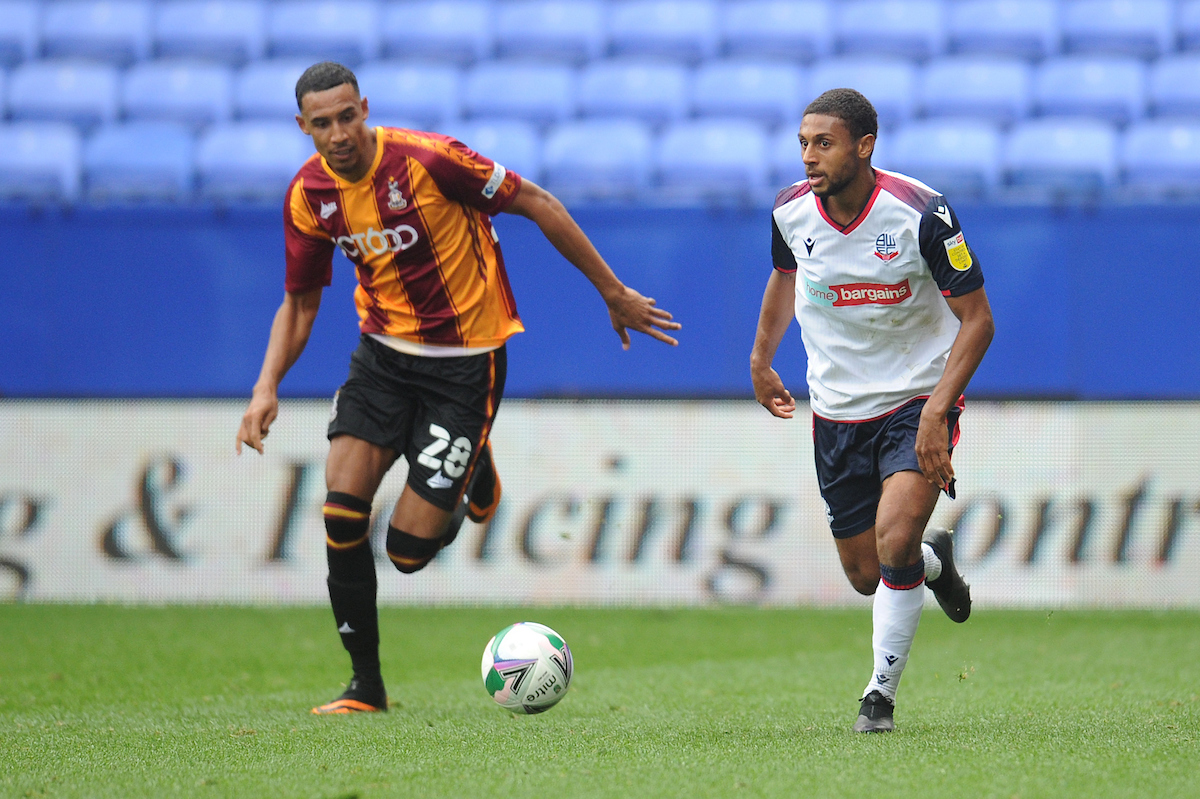