Wanderers will be in action for the first time on their travels on Saturday with their first league away fixture of the 2020/21 season, at Colchester United.

Ian Evatt’s men will be looking to take the three points home at the weekend to really get their season up and running after an opening day defeat to Forest Green Rovers at the University of Bolton Stadium last weekend.

Ian Evatt: ‘Colchester are a good team. They’re good going forward with very quick attacking players. They’ve obviously lost four or five of their key players due to the pandemic with people having to cut their budgets.

‘The majority of that team that reached the play-offs last season is still there. They’ve got some very good young players and we’ll need to defend well – but we also need to attack better.’

Steve Ball: ‘Ian Evatt has done a great job at Barrow, I watched them a lot last year. A really nice fluid team, which plays 3-5-2. He’s going to bring that to Bolton, and I know he will want time to do that.

‘Bolton is a big club with a big expectation this year, I’m sure they’ve got a really nice budget to work from and they have got some really good players for this division.’

Ian Evatt confirmed that he has a couple of fresh injury concerns to contend with ahead of the weekend’s clash.

Dennis Politic is an existing long-term injury within the squad but he underwent surgery during the week, so the winger’s road to recovery is underway.

There are no injury concerns to report from the Colchester United camp.

Wanderers come into the match on the back of three consecutive defeats, with the latest on the opening day of the league campaign to Forest Green Rovers following cup losses at the hands of Bradford City and Crewe Alexandra.

United were held to a goalless draw in their opening league fixture away at Bradford City last weekend. They too were beaten in their first two fixtures in the Carabao Cup and EFL Trophy respectively – losing out at the hands of Reading and Portsmouth.

This is Wanderers’ first ever visit to the JobServe Community Stadium, a ground which was opened in August 2008 following a move from their old ground, Layer Road.

There has only been two meetings between the two clubs at first team level, and the last clash took place at Burnden Park in May 1988 with Wanderers running out as 4-0 winners.

It was a season of success for Wanderers as they ultimately earned an immediate promotion from the fourth tier. In the earlier reverse fixture at Layer Road, Colchester won 3-0.

A goal in each half from Colchester United ensured that Bolton Wanderers headed back up to the North West without any points from a game they didn’t deserve to lose.

Despite dominating possession and creating a plethora of chances, errors were punished decisively by Tom Eastman and Jevani Brown.

Head coach Ian Evatt made two changes from the side that played against Forest Green Rovers last weekend with Ali Crawford and Jak Hickman coming into the starting XI at the expense of Antoni Sarcevic and Reiss Greenidge, who both missed out through injury.

Eoin Doyle wore the captain’s armband as Wanderers took to the field at the Jobserve Community Stadium.

Wanderers were unlucky not to take the lead early on in the contest when Liam Gordon drilled over the bar after some good work by Jak Hickman over on the right find him. The build-up saw some calm, possession-based play.

At the other end, Tom Eastman screwed his effort wide of Billy Crellin’s right-hand post after he connected with Cohen Bramhall’s floated free-kick.

Noah Chilvers then fired over the bar from range after the ball broke to him on the right hand side.

Nathan Delfouneso earned a corner when his shot was deflected behind after he danced and weaved his way into the box to carve open the opportunity.

The former Blackpool man was looking lively during the opening stages and again had an effort that went narrowly wide after he lost his marker to advance further down the field.

Ali Crawford hit the foot of the post after some good work down the left hand side by Jones found the Scot in space.

Crellin made a great save to keep out Kwame Poku after the midfielder was located by Jevani Brown. The big Wanderers keeper got down well to keep out the firm effort and had to make a second grab to keep out Courtney Senior who was lurking for the rebound.

Delfouneso’s glancing header from Crawford’s corner went agonisingly wide as Wanderers tried to capitalise on the chances their pressure was creating.

Jones pressed into the box and found Doyle who laid the ball off for Hickman, whose searching ball into the danger area evaded everybody.

The hosts took the lead just before the break when Eastman nodded in from close range after Wanderers failed to clear their lines from a corner.

Wanderers thought they had an equaliser five minutes after the restart when Alex Baptiste rose unmarked to head in Brandon Comley’s chipped pass, but the assistant’s flagged ruled out the effort for a narrow offside infringement.

The visitors’ dominance from the first half was on show in the second period, and again Evatt’s men were pressing to get an equaliser.

Hickman’s crosses and delivery were causing danger while Delfouneso was looking particularly hungry to get on the scoresheet and was unfortunate to see a right footer from the edge of the box curl behind for a goal kick.

A good ball from Hickman found Doyle on the edge of the box but the Irishman’s shot didn’t trouble Gerken who got down to smother the ball.

Colchester’s second came against the run of play after Brown lobbed Crellin who had run to the edge of his box.

Finlay Lockett, who scored in the under 18s 2-2 draw with Tranmere the previous Saturday, came on for the impressive Hickman with 14 minutes of the game remaining.

Brown almost doubled his tally and grabbed a third when his lob rebounded off Crellin’s cross bar after he had broke forward.

Jamie Mascoll was the next change for Wanderers when he came on for Delfouneso after 81 minutes.

Wanderers continued to look comfortable in possession but were unable to turn their dominance into goals and were ultimately made to pay for two defensive mistakes.

Crawford's free-kick at the death was tipped away by Gerken at full-stretch which summed up Wanderers' afternoon. 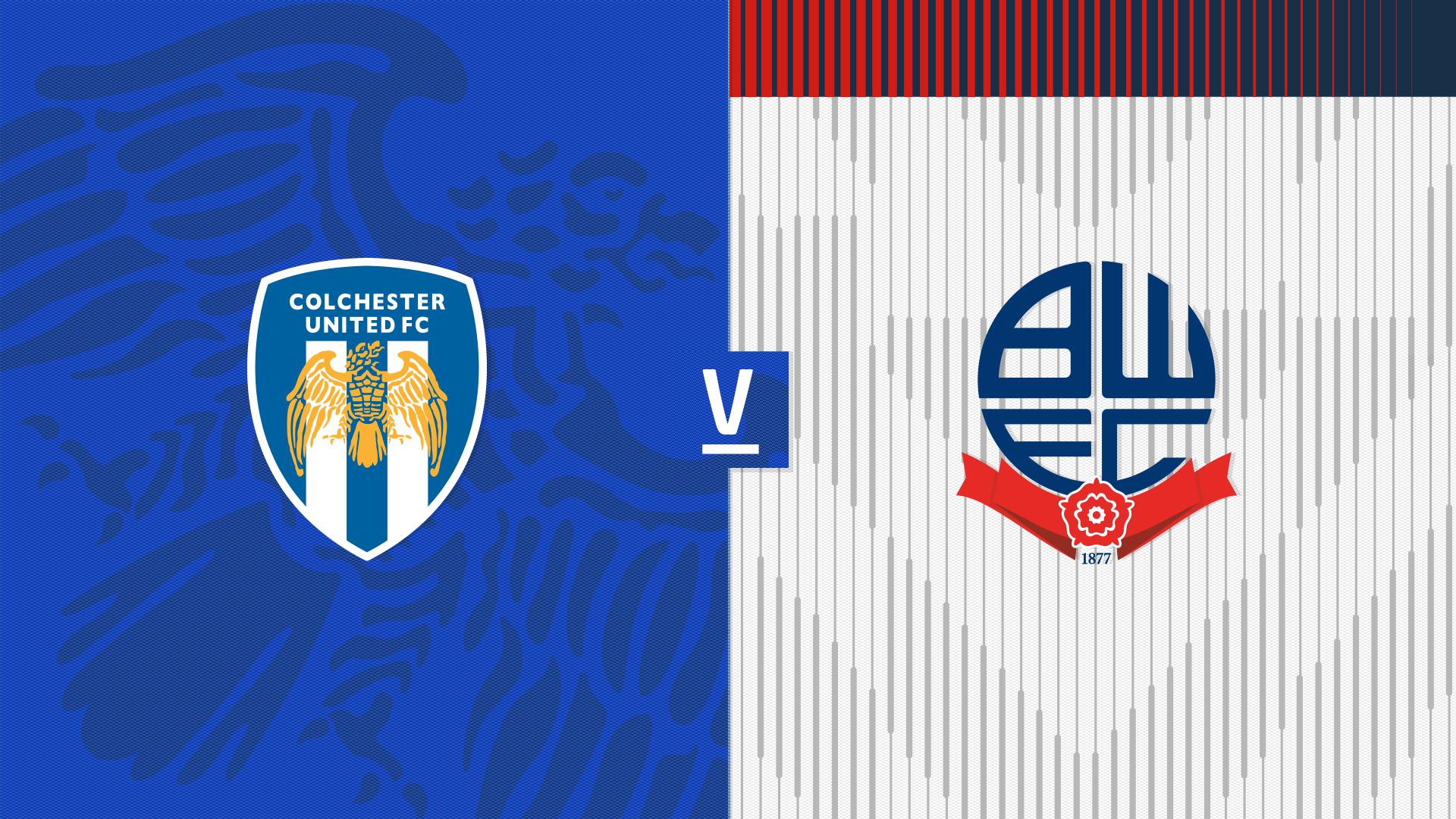 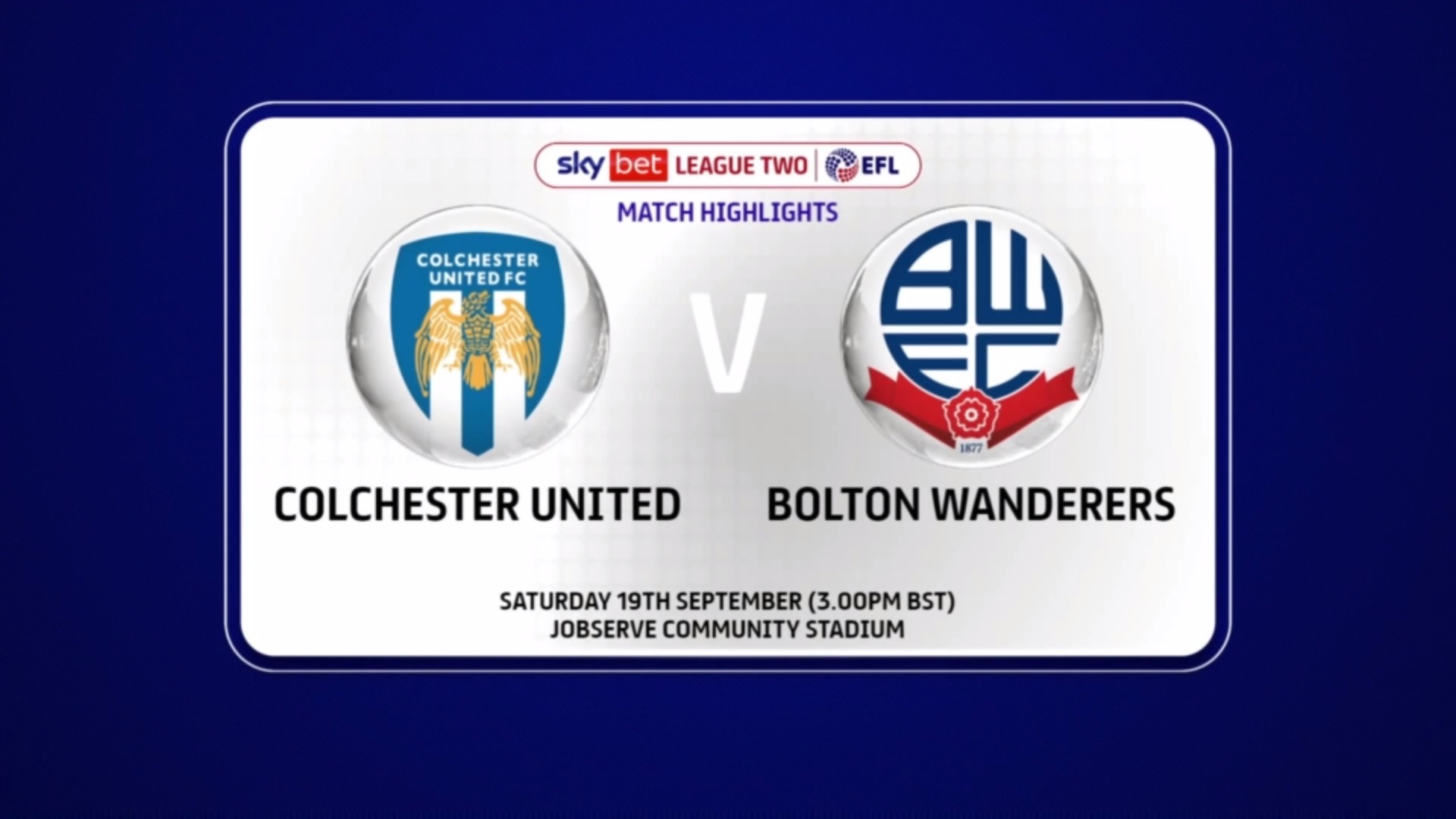 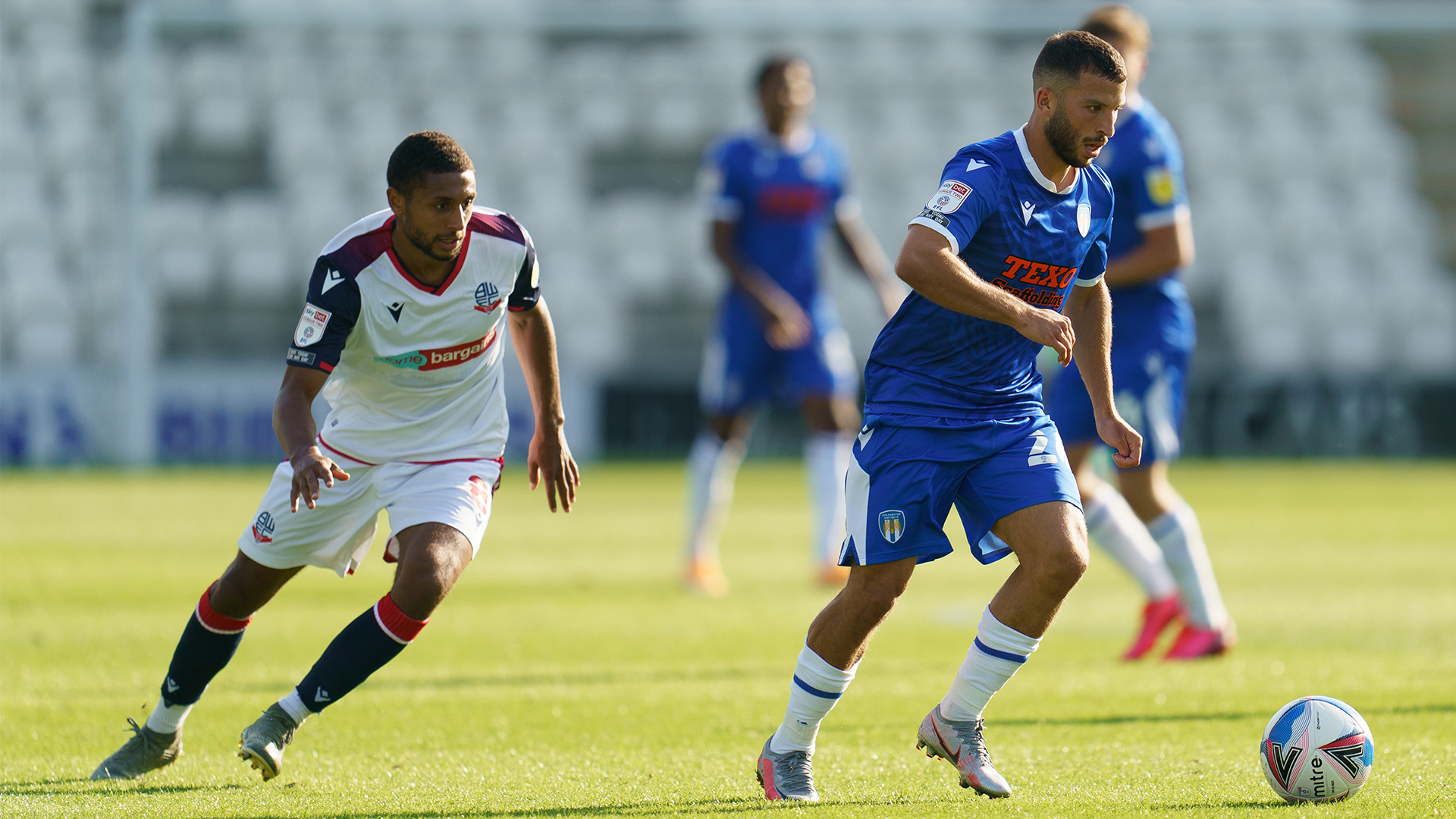