Dion Charles got back on the scoresheet with a memorable double as Wanderers finished the season in fitting style with another thrilling home win.

A 12th victory of the campaign at the University of Bolton Stadium saw the Whites end with a flourish – clinching ninth place in the table thanks to Jon Dadi Bodvarsson’s goal with the almost the last kick of the game.

After a dozen games without a goal of his own, Charles also signed off on a high as he slotted home his seventh since January to cancel out Fleetwood’s 10th-minute opener. And the striker then made it lucky 13 with a freak-ish second goal which restored the Whites’ lead late on following Declan John’s strike just after the break.

Charles won a tackle and at the same time directed the ball into the back of the net from more than 40 yards.

Ian Evatt’s men had turned on the style in a free-flowing second half and their efforts were rewarded by Bodvarsson’s dramatic late strike.

And with Fleetwood able to celebrate staying up, it was smiles all round as Wanderers made it four wins in a row and eight unbeaten to end an impressive season which bodes well for what’s to come.

As well as missing MJ Williams, Wanderers were also without Kyle Dempsey as injury prevented him from facing his former club.

George Thomason therefore slotted into midfield as Wanderers looked to take their unbeaten run to the end. But Fleetwood had every incentive to try and become only the second team to win at the Unibol since early January as they looked for the points to guarantee their survival.

And despite seeing less of the ball, the visitors carried the greater threat in a low-key opening.

Wanderers were given an early scare when a long throw was flicked on for Callum Camps to connect with a header which brought a fine save out of James Trafford.

And Trafford was then helpless to prevent Town going in front with just over a quarter of an hour gone as Barry Baggley jinked past George Johnston before curling a beauty into the top corner.

Anthony Pilkington then dragged an effort wide as Wanderers – despite the promptings of the dangerous Dapo Afolayan – couldn’t quite click in their attacking endeavours.

But the Whites kept probing and eight minutes before the break were level as Charles ended his long wait for a goal. Adamou Bakayoko – back in the starting line-up – did well to help on a ball from Gethin Jones and Charles had only one thing on his mind as he strode forward and coolly slotted the ball beneath the advancing Alex Cairns to claim his first goal since February.

That gave the Whites fresh impetus and on the stroke of half-time they almost led in impressive style.

John was always a willing outlet on the left flank and when he crossed low into the box, Bakayoko sent an almost perfectly executed side-footed volley only inches past the post.

Wanderers now had the bit between their teeth and following a positive start to the second half did do ahead eight minutes it.

This time John cut in from his wide berth and after a neat shimmy opened up a shooting chance, the Welshman let fly with his right foot and rifled the ball home – via a slight deflection – from 20 yards to claim his fifth goal of a highly productive season.

Results elsewhere were still favouring Fleetwood, although they would have loved to have seen Cian Hayes beat Trafford with a chance to equalise. With nothing riding on it for Wanderers, they were enjoying their afternoon in the sun with some top-quality football underlining the search for a third goal.

Aaron Morley was invariably pulling the strings with another commanding performance and former Fleetwood loan man Gethin Jones joined the attack to test Cairns at his near post with a firmly-hit strike.

The supporters were willing a third goal but instead it was Fleetwood who struck next to make it 2-2 with 10 minutes to go.

Trafford kept out a Joe Garner effort but from the corner that followed, the wily Garner popped up again to force the ball home from close range to seemingly earn his side some breathing space.

Fortunately for them, though, it wasn’t needed as Charles somehow conjured up a late winner. The striker – who had spent a frustrating and fruitless spell at Fleetwood earlier in his career – had clearly been determined to end his season on a high and his determination to win the ball in midfield paid off as he won a fully committed challenge and at the same time hooked the ball over the stranded Cairns from all of 40 yards.

Fleetwood still had time to hit the bar through Danny Andrew and Alex Baptiste, one of last season’s promotion heroes, came on to help shore things up for the final few minutes.

Those included six of added time and enough for Bodvarsson to get a goal to cap his outstanding contribution – driving home a typically astute finish to make it seven for the season – before fans and players joined in a mutual show of appreciation after the final whistle after a fantastic effort from both.

Just one fixture remains in what has been a memorable 2021/22 campaign for Ian Evatt’s side on their return to Sky Bet League One.

Wanderers are in fantastic form and intend on finishing the season strongly, with real momentum ahead of the upcoming summer months and a subsequent start to the much anticipated 2022/23 campaign.

Victory at Cheltenham Town last weekend extended the Whites’ unbeaten run to seven games, with Wanderers losing just twice at the University of Bolton Stadium since the turn of the year.

The visitors could require a result to ensure that they avoid relegation to Sky Bet League Two and it is sure to be an exciting all-Lancashire encounter.

Click HERE to get your tickets to be there for a special day which will also see the players and management show their appreciation after the game for the fantastic support they’ve had this season.

Still haven’t purchased your 2022/23 Season Ticket yet? You can do so by clicking HERE. Tickets On Sale For Fleetwood Fixture


Tickets for Wanderers’ final Sky Bet League One home fixture of the season against Fleetwood Town on Saturday 30th April are now on sale to Official Club Members. 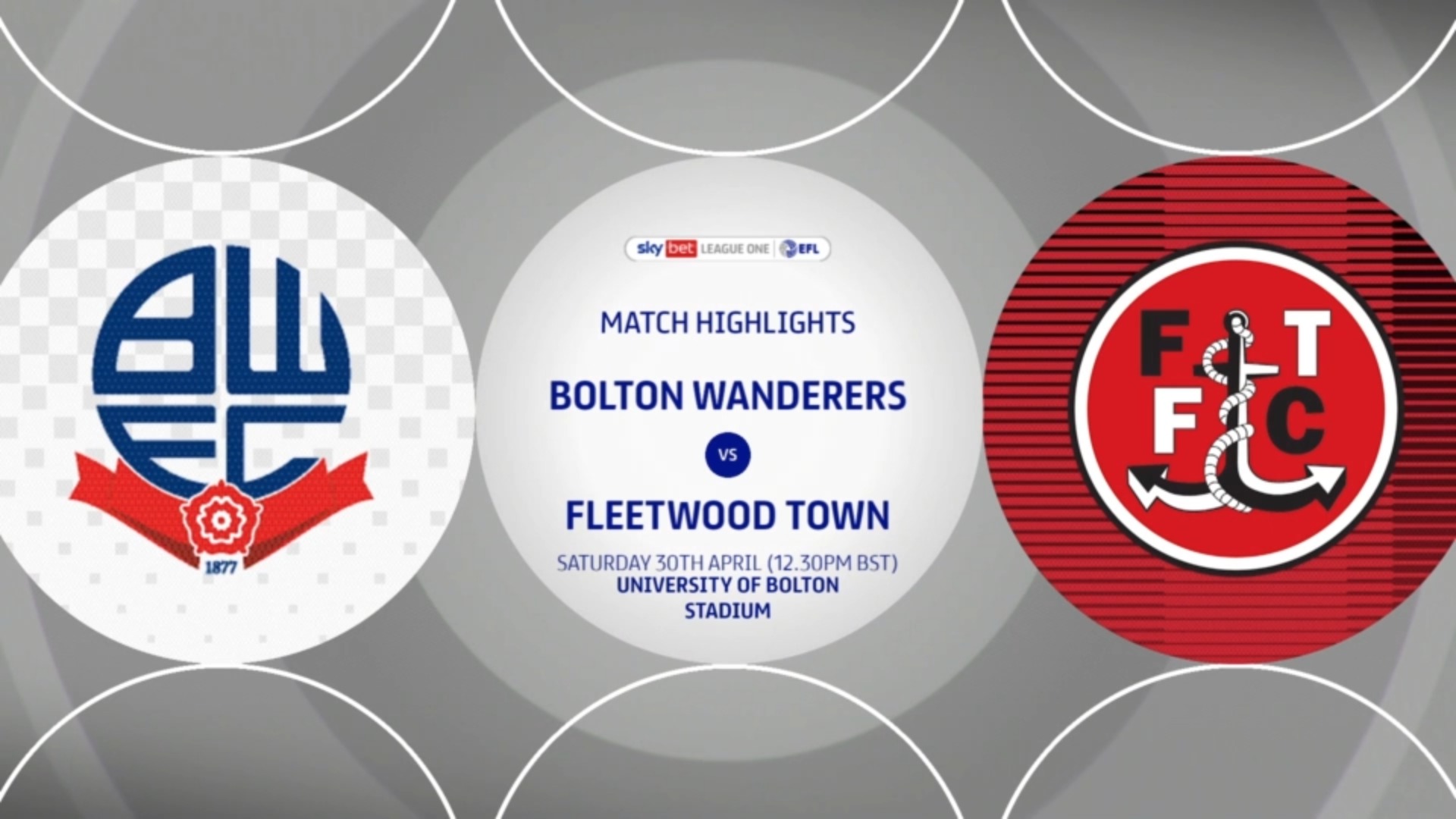 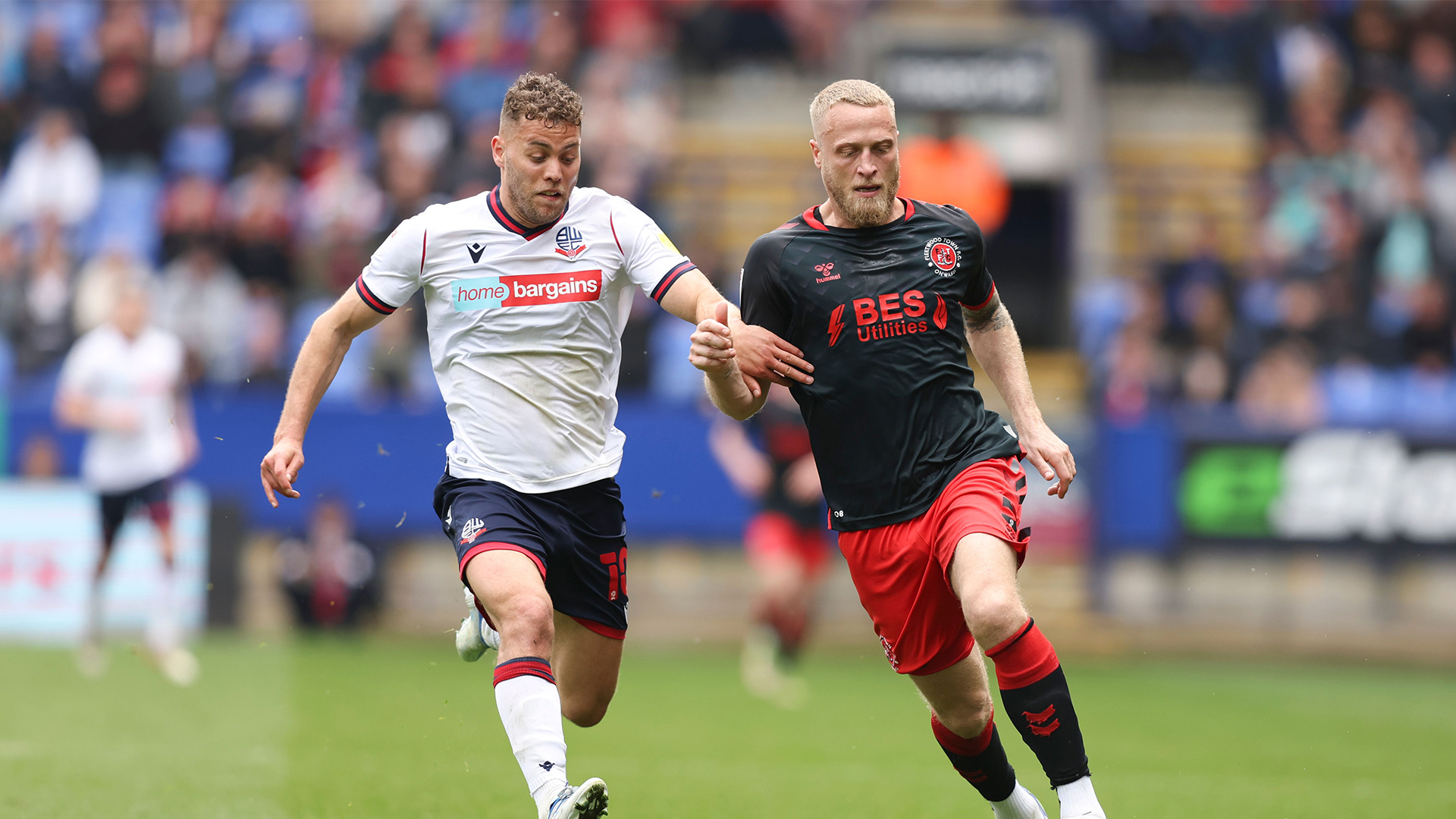