Wanderers are quickly back at the University of Bolton Stadium as they take on the high-flying Owls.

Ian Evatt’s men hit back to earn a point against Portsmouth on Tuesday night thanks to a Kieran Sadlier spot-kick.

The Whites have injury concerns to overcome but will be looking to turn one point into three after drawing two of their last three games at home, where they have lost just once in nine games.

While Wanderers pursue a top-10 finish, fifth-placed Wednesday are hoping to make it a hat-trick of wins to tie down a play-off spot as they look to bounce straight back to the Championship.

Ian Evatt: “No club has any entitlement to get promoted. They’ll be trying to get into the top six but so are a lot of clubs.

“Darren (Moore) is a wonderful man and he has them really well coached. It’ll be a real challenge but one we’re looking forward to.

“They’re flying high but we’ll do the best we can and whatever team we put out I expect us to be competitive. We’ve only lost three times since mid-January and I think that’s exceptional, really.”

Sheffield Wednesday manager Darren Moore: "We are very proud of our home form but we have to look to improve away to keep our momentum going.

"It will be a good game tomorrow. Bolton play some wonderful attacking football and they will come at us. We have done our work and we must be ready to stand up and be counted." Wanderers have been hit hard by injury problems with captain Ricardo Almeida Santos, midfielder Kyle Dempsey and top scorer Dapo Afolayan all ruled out with hamstring injuries picked up in mid-week.

Former Wednesday midfielder Kieran Lee isn’t yet ready to return following heel surgery and boss Ian Evatt also has a couple of other fitness concerns to contend with.

Wanderers are unbeaten in their last three games after coming from behind to secure 1-1 draws against Wigan and Portsmouth inside the last week.

The Whites have lost just three of their last 17 games but are seeking a first home win in four. Wednesday have climbed back into the play-off places on the back of successive home wins and have lost just one of their last nine games.

The Owls have taken one point from their last two away games and have the fewest number of away wins of the teams in the top six with six.

Wanderers missed out on a hat-trick of League One wins as when they drew a blank at Hillsborough.

The Whites dominated for long spells in an impressive performance but couldn’t make their superiority pay.

Ian Evatt’s men spurned a number of chances and were undone when Lee Gregory slotted home 20 minutes into the second half as Wednesday kicked off a 12-game unbeaten league run.

MJ Williams was Wanderers’ unlikely saviour as his first goal for the club completed another successful comeback from the battling Whites.

Williams hadn’t found the net in his previous 60 appearances for Wanderers.

But the midfield anchorman sums up his side’s never-say-die spirit as well as anyone and he popped up in the final minute to drill the ball home and extend Wanderers’ unbeaten run to four games.

It’s now three matches in a row when Ian Evatt’s men have come from behind to spike the guns of a side chasing promotion.

And while Evatt doesn’t want Wanderers to keep conceding the opening goal – as they did to Jordan Storey’s 65th-minute strike for the Owls – he will have no complaints at the way his side refuses to give up. In reality Wanderers have little left to play for – bar a top-10 finish. But that is on the cards after they again refused to accept their fate to add another late goal to their growing collection and avoid only a third home defeat since the turn of the year.

With Dapo Afolayan only fit enough to make the bench and Ricardo Almeida Santos and Kyle Demspey both out injured, Wanderers made three changes to the side that had hit back to draw with Portsmouth in mid-week, including the return of Williams for a key role in every department.

Wednesday were the latest to bring their play-off credentials to the University of Bolton Stadium and they started like a team intent on nailing down that place.

Ex-Wanderers’ loanee Barry Bannan had three early sights of goal, although only one required a save from James Trafford.

And Nathaniel Mendez-Laing – later denied by a decent stop from Trafford with a header from Bannan’s free-kick – then missed a straightforward chance when he mis-kicked in front of goal from Jack Hunt’s pull-back.

Wanderers hadn’t helped their cause by losing possession in key areas but they gradually worked their way into the contest and had chances of their own to go in front.

When Wednesday were guilty of giving the ball away, Dion Charles broke clear and saw a shot blocked with Kieran Sadlier’s follow-up bringing a fine save from Bailey Peacock-Farrell, who touched the ball over the bar.

From the corner that followed, Sadlier made space for another shot which was blocked in front of goal and then a minute before the break Jon Dadi Bodvarsson – who operated in a slightly deeper role – glanced a header wide from Aaron Morley’s perfectly delivered free-kick.

There was still time for Wednesday to create another opening on the break but Will Aimson came to Wanderers’ rescue with a superb block from Mendez-Laing to cap a decent first half from the defender as the Whites reverted to a flat back four. In a nip-and-tuck start to the second half Aimson had a chance at the other end as he headed over a corner from Morley shortly after Charles had the ball in the net with an effort ruled out for off-side.

But it was Wednesday who made the breakthrough with 65 minutes gone from a corner of their own as Jordan Storey bundled the ball home - possibly from an offisde posititon - after a header from substitute Callum Paterson had come back off a post.

Needing a response, Evatt made his final substitution as he gave Xavier Amaechi a chance to make his presence felt.

It was tough going trying to reverse the momentum as Bannan missed a chance to wrap things up for the visitors.

But Wanderers – with George Johnston again rock-solid at the back – stayed in the contest to mount a late push. And they were rewarded for their persistence when Morley’s corner wasn’t cleared and Williams pounced to fire the ball home from 10 yards to create his own little bit of history with a first goal since an FA Cup strike for Rochdale in January, 2020 and his first in League football.

It was no more than he’s deserved.

Wanderers face another big game on Saturday when they take on promotion-chasing Sheffield Wednesday.

Another bumper crowd at the University of Bolton Stadium is already guaranteed with over 18,000 tickets sold far.

The Owls have sold out of their allocation and with tickets in the home areas still available, Wanderers are on target for one of their biggest attendances of the campaign.

Ian Evatt’s side has been beaten on their own patch only once since mid-January.

They are determined to finish the season in style to secure a top-10 place.

And you can be there on Saturday to back the boys with tickets still available to Official Club Members to buy online HERE or via the phone lines by calling 01204 328 888. 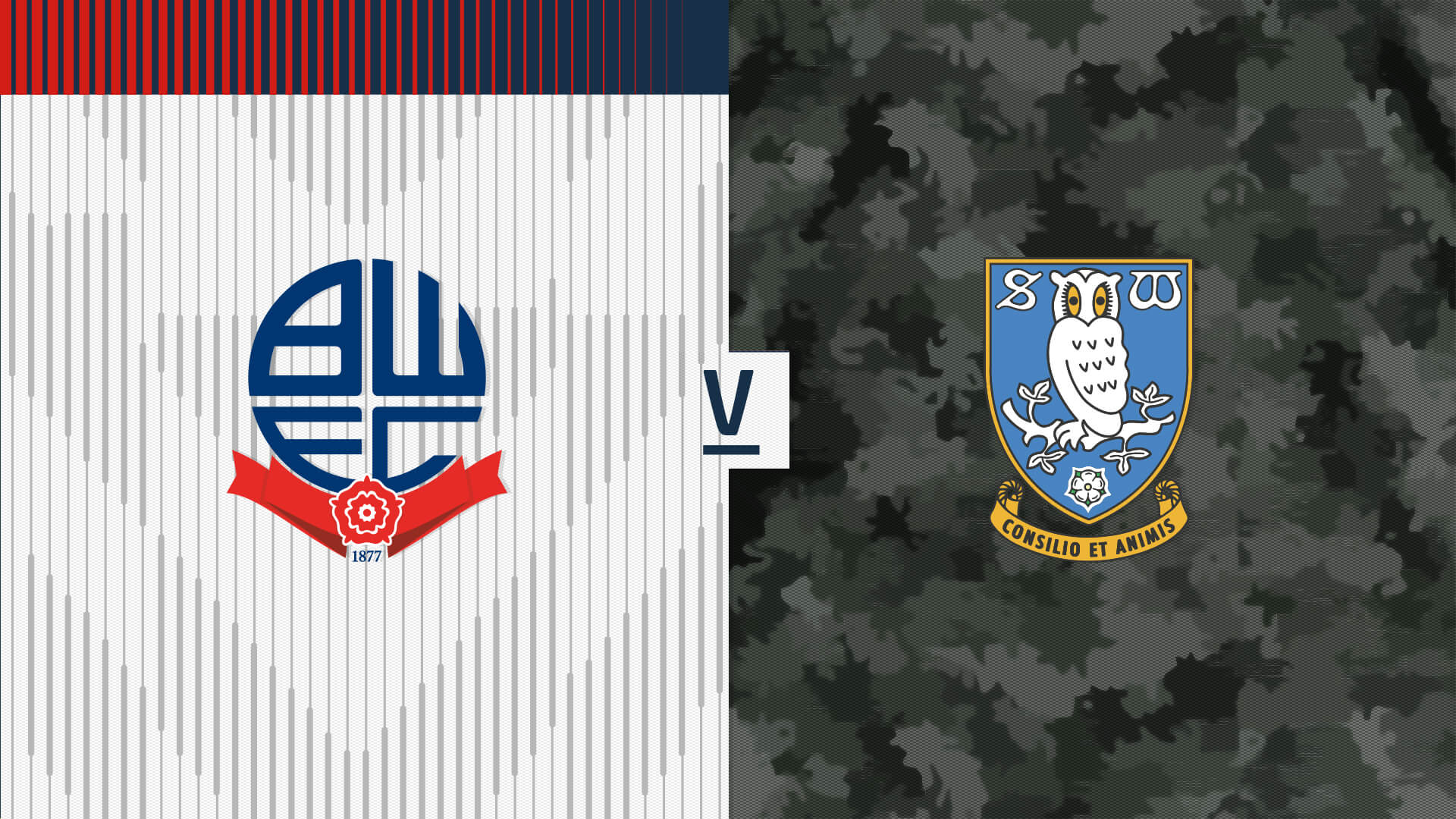 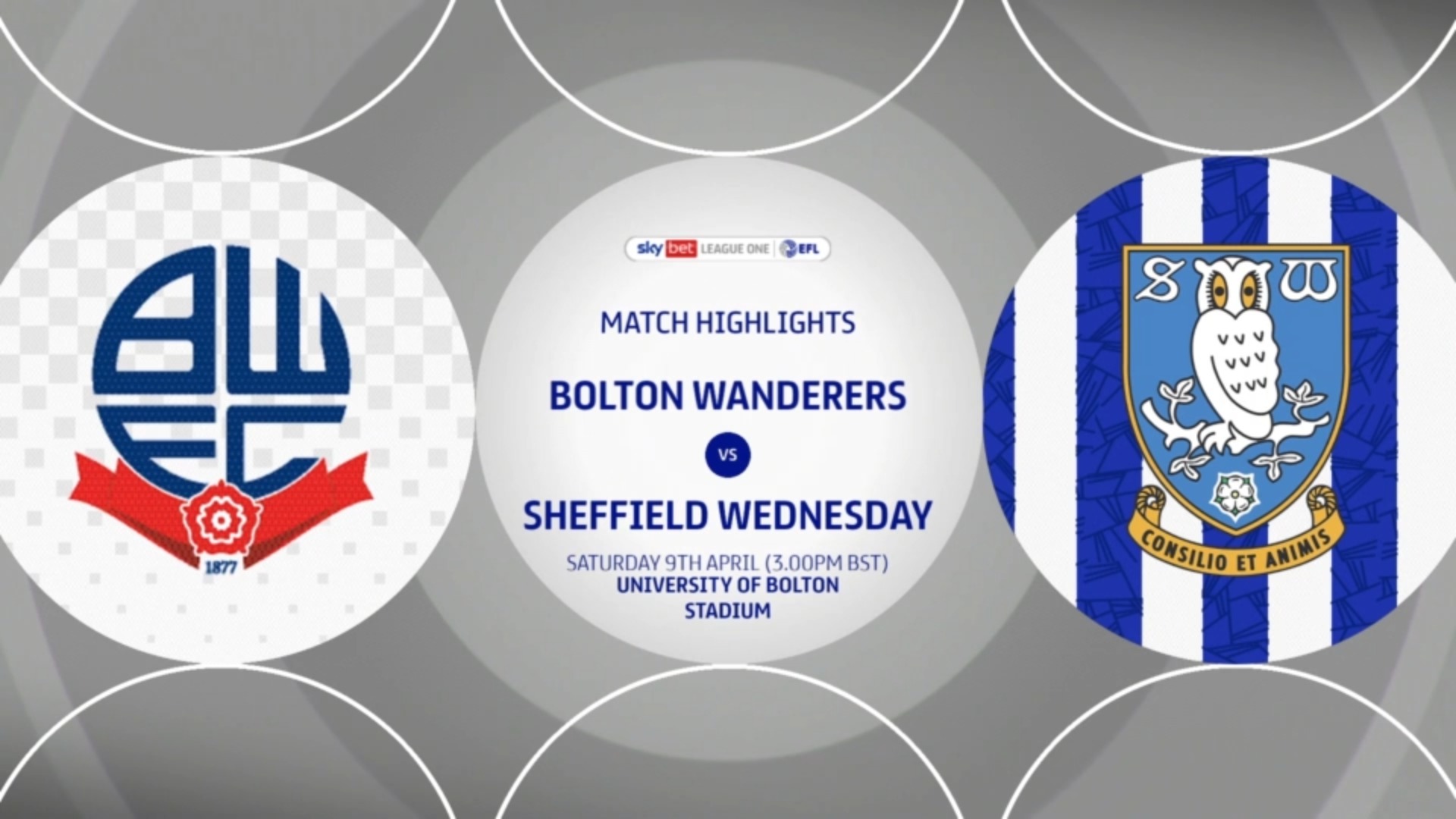 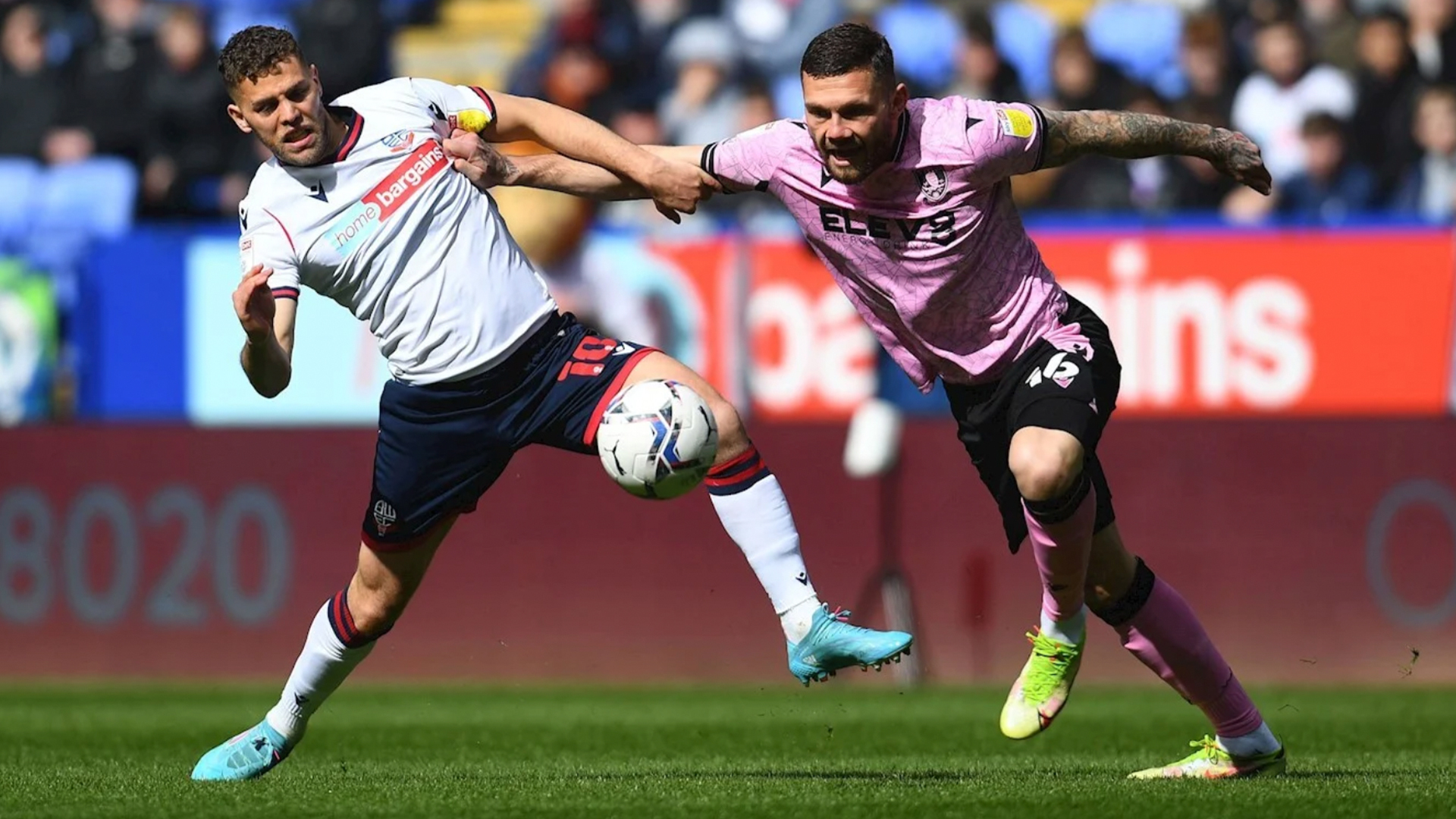