In-form Wanderers make their final away trip of the season to face Cheltenham at the Jonny-Rocks Stadium.

The two clubs came up together from League Two last season with Town eyeing their best ever League finish this time around.

Seventeenth place in the third tier in 2006/07 remains the Robins highest League standing and Michael Duff’s side are currently 14th in the table.

Wanderers are 12 points are better off and could guarantee a top-10 finish with a third straight win.

Ian Evatt: “We want to finish strongly. Losing only three games in more or less half a season is positive.

“That’s promotion form and we want to continue that.

“I think they (Cheltenham) have had a really good season as well.

“They’re well coached and well organised, so it will be a really challenging game.” Cheltenham manager Michael Duff: “I think they are unbeaten in six and have had three defeats since January so they're a big team in this league.

“It’s a very good squad. Last year they had an average start but the reason they got promoted was because of their recruitment in January and they went on an unbelievable run.

“If the season had been any longer they'd have probably gone onto win the league.

“That's resources, good players, and a manager who has got a way of playing and the players have bought into it.

“It is the last home game, so you want to put on a performance, but it's going to be difficult because we are playing a good team.”

Wanderers will have Kyle Dempsey back from a three-game injury absence. The midfielder is set to start on the bench after recovering from a hamstring injury.

Ricardo Almeida Santos, Kieran Lee and Lloyd Isgrove will miss the remainder of the season.

Cheltenham are without the injured duo of midfielder Matty Blair and defender Ben Williams.

Wanderers are finishing with a flourish and are currently on a six-match unbeaten run.

That includes back-to-back wins over the Easter weekend and an impressive record of just three league defeats since mid-January.

Only two clubs – MK Dons and Sheffield Wednesday – have taken more points than Wanderers over the last 20 games with the Whites two points off the top of the form table for that period.

Cheltenham have won just one of their last six games.

However, the Robins are unbeaten in their last four home games with three wins and a draw and have lost only once at the Jonny-Rocks Stadium in 2022.

Wanderers twice hit back to extend their unbeaten home run to five games.

The injury-hit Whites were down to their last 12 fit senior players and twice trailed to goals from Town top scorer Alfie May.

But winger Xav Amaechi marked an impressive first Wanderers’ start with an equaliser as he turned in Kieran Lee’s cross.

And after May had restored the Robins’ lead in first-half stoppage time, Elias Kachunga’s superb strike with nearly an hour gone earned Ian Evatt’s men a deserved point.

There’s no stopping Wanderers in their dash for the finishing line as second-half goals from Kieran Sadlier and substitute Amadou Bakayoko made it a hat-trick of wins.

Cheltenham had lost only once on their own ground since Boxing Day but were unable to halt Wanderers’ march as Ian Evatt’s men extended their unbeaten run to seven games with a dominant display.

There wasn’t much of a gulf between the sides promoted together last season before the break.

But Ian Evatt’s men then took total control after half-time before a late Town goal from substitute Aaron Ramsey made them wait to finally secure their ninth and final away win of the season. Sadlier broke the deadlock with his fourth goal since signing in January as one of the catalysts of Wanderers’ inspired run since the turn of the year.

And Bakayoko then secured the breathing space needed to see out victory as he slotted home from the penalty spot to take Wanderers to an impressive total of 70 points and one more from guaranteeing a top-10 finish in next Saturday’s finale at home to Fleetwood.

Jon Dadi Bodvarsson’s two-goal salvo from the bench in Wanderers’ Easter Monday win over Accrington earned the Icelander a return to starting duty, along with Sadlier.

And the pair were involved in the first chance as Wanderers looked to dent Cheltenham’s impressive home record.

Bodvarsson’s persistence saw him rob Mattie Pollock on the by-line and then pull the ball back for Sadlier, who failed to hit the target with an effort he lifted over the top, with just over a quarter of an hour gone. Sadlier then fired a free-kick into Town’s defensive wall after Wanderers again forced the Robins onto the back foot.

And Dion Charles saw a shot blocked after an excellent combination between Declan John and the outstanding Aaron Morley - who gave a midfield masterclass - again opened up a route into the penalty area.

But with Dapo Afolayan thundering a volley just wide Wanderers were unable to force the breakthrough and in the final minute of the first half Cheltenham almost went ahead.

Alfie May had swept the board in Town’s end-of-season awards – collecting a batch of silverware before kick-off – and he showed why as he looked for his 25th goal of the season.

His combination with on-loan Tottenham striker Kion Etete always gave Cheltenham a threat and after being released by Etete, May twisted and turned in the Wanderers’ box to make space a for shot which produced a superb save from James Trafford, going full length to his left to keep the ball out. Evatt made a change at the break with the fit-again Kyle Dempsey replacing MJ Williams, who damaged a hand during the first half.

And it was all Wanderers at the start of the second half as they pressed for the opening goal with some excellent passages of play in front of the visiting fans.

Another fine run by John almost opened the door before his driven effort was blocked in front of goal.

But the Whites’ growing pressure finally paid off with almost an hour gone as Sadlier made it 1-0.

Wanderers had been a danger from set-plays and when Morley delivered another corner, Bodvarsson kept the ball alive with a neat turn and delivery towards Sadlier, who flicked home his third goal in five games with a tidy finish.

It was then all about whether Wanderers could get a second to seemingly kill off what was becoming a one-sided contest. And with 15 minutes to go they got it.

Afolayan had been a constant handful for Town’s back line and when he again beat Lewis Freestone he was dragged down by the Robins’ defender.

Afolayan wanted to take the spot-kick himself but Bakayoko pulled rank and took the responsibility to calmly slot home his 13th goal of the season to get within one of Afolayan at the top of the goal-scoring charts.

That should have been that, although an 89th-minute goal from Ramsey – running through to slot the ball past Trafford after an errant clearance from the keeper – kept Wanderers honest to the end before celebrating for a final time on the road this season.

Ticket information for the Wanderers’ Sky Bet League One fixture, away to Cheltenham Town has been confirmed.

Bolton Wanderers have received the full allocation of 1,430 tickets, for the trip to the Jonny-Rocks Stadium on Saturday 23rd April at 3:00pm.

Official coach travel is available, costing £22.00 per person. All coaches depart from University Of Bolton Stadium at 10:30am.

Any tickets ordered after 3.00pm on Wednesday 20th April will need to collect their tickets from Bolton Central.

Tickets for this fixture will remain on sale until 3pm on Friday 22nd April, subject to availability. After this time, no sales or refunds can be processed.

Duplicate ticket requests, should tickets not arrive in the post in time, will also be accepted until 3pm on Friday 22nd April. 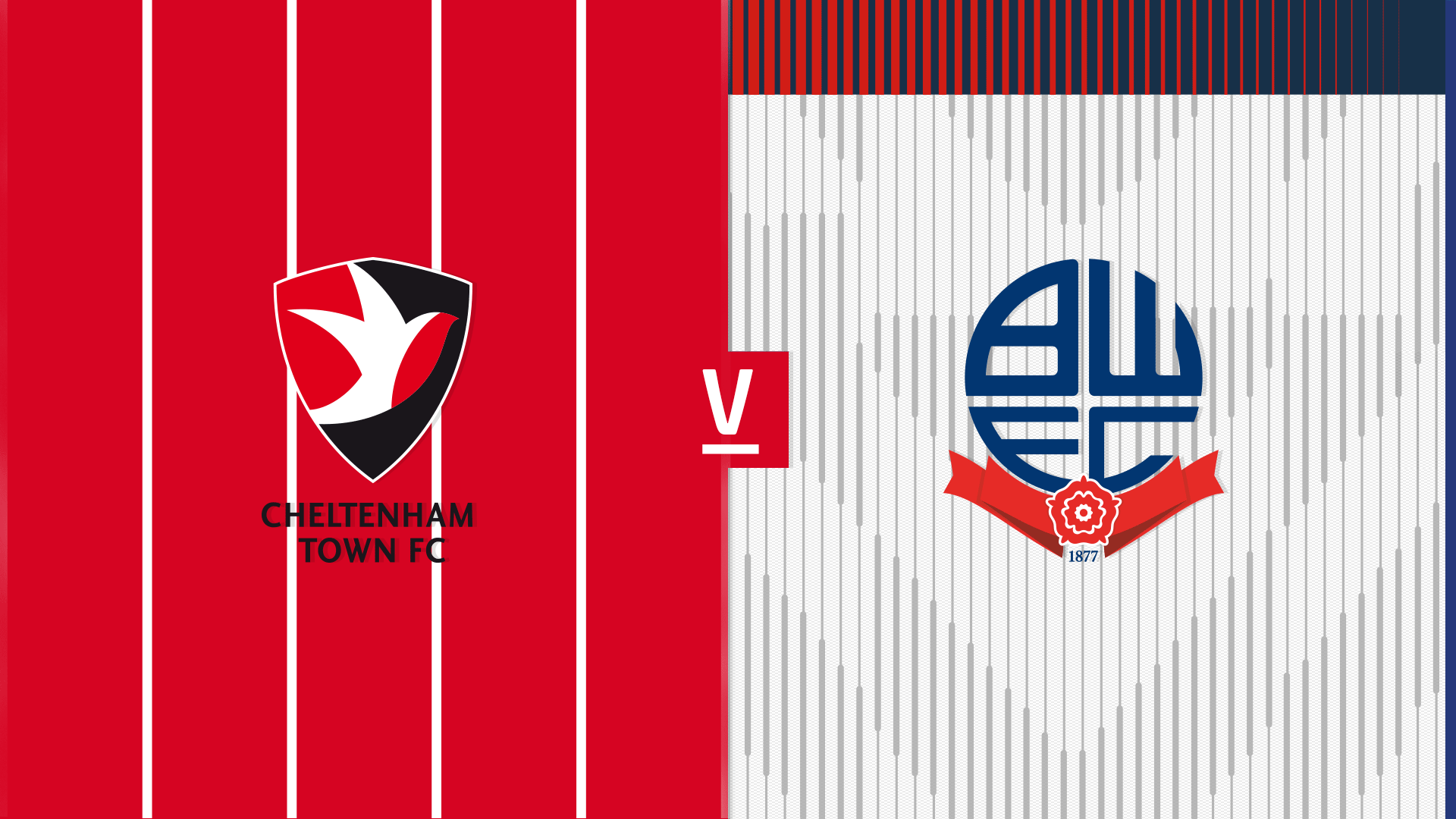 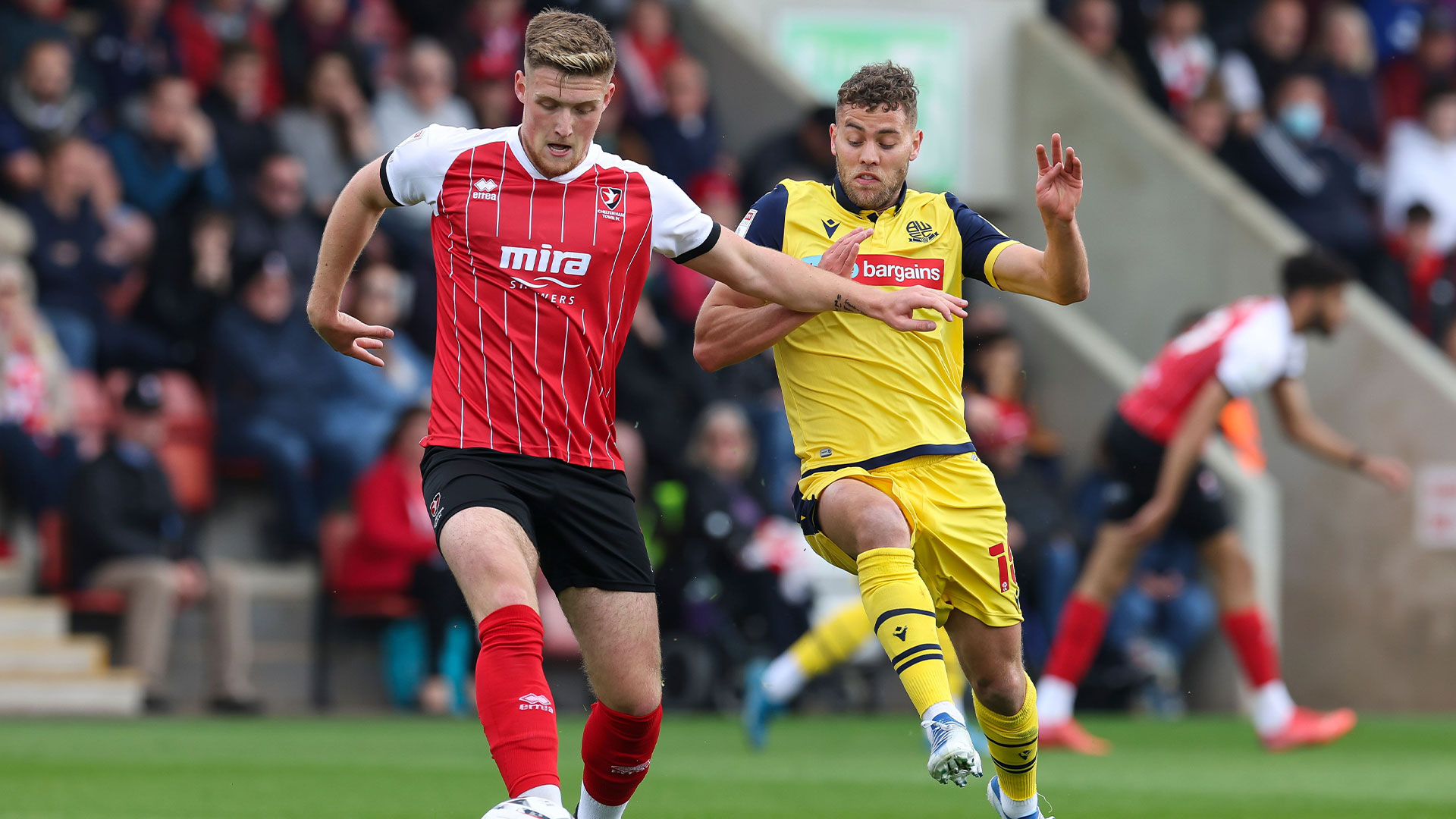 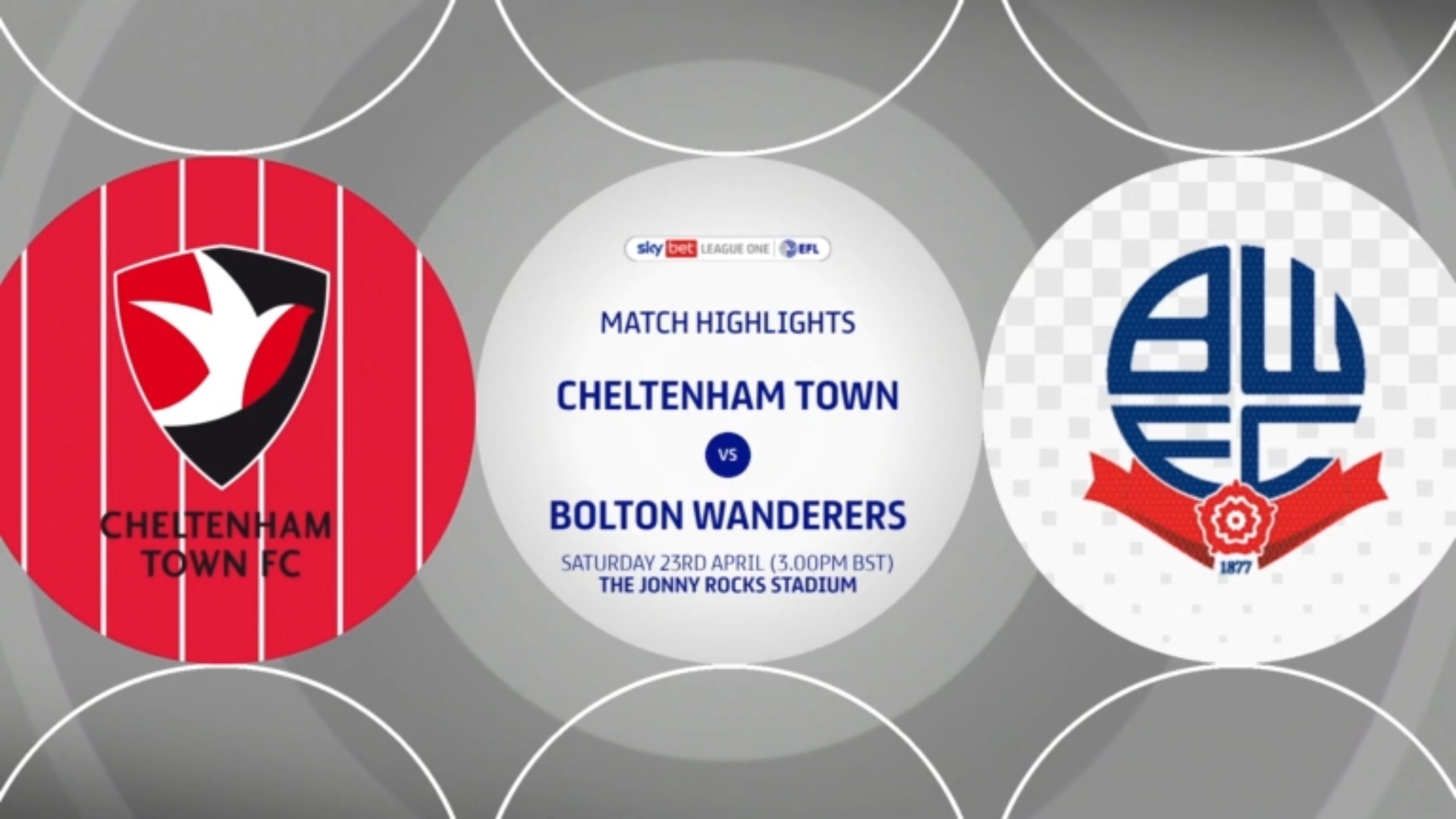