Wanderers make the short trip to Wigan for the eagerly-awaited derby as boss Ian Evatt reaches his 100th game in charge of the Whites.

Evatt’s men will be hoping to make amends for a 4-0 loss to the Latics back in October.

But in the bigger picture, Wanderers will be aiming for three points to keep the League One play-off places in sight in the final month of the season as they start a crucial run of three games in eight days.

Wigan – back from a training break in Dubai – are chasing automatic promotion and could go top of the table with a 13th home win of the campaign. Ian Evatt: “We feel like we were embarrassed here against Wigan earlier on in the season.

“That wasn’t us. We had a lot of injuries on the day and were punished accordingly but we want to set the record straight.

“We’re better than that, we’ve evolved as a team since then and we’re really excited for the game on Saturday.

Wigan manager Leam Richardson: “Derby days are fantastic for the supporters and the players.

“I’ve been fortunate to work at both clubs. I had a great time at Bolton Wanderers to help them get promoted to the Premier League, to now working at Wigan where I’ve been for a few years.

“Fingers crossed we can continue to make those small steps forward to be in that place where we want to be.” Wanderers will have vice-captain Gethin Jones back for the first time in over a month but Lloyd Isgrove’s return from injury has been put on hold following a recurrence of his hamstring injury.

Midfielder Kieran Lee is closing in on a return from heel surgery but isn’t expected to figure at the DW Stadium.

Wanderers’ quartet of international players returned fit and well and are set to feature.

Wigan had strikers Will Keane and Josh Magennis and wideman James McClean on international duty with the trio expected to be involved.

Midfielder Jordan Cousins may return for Wigan after almost four months out through injury.

Striker Charlie Wyke is aiming to return next season after suffering a cardiac arrest in November.

Wanderers are aiming for a third successive away win after victories at Crewe and Gillingham last month. The Whites have lost only three times since mid-January but still need to try and close an 11-point gap on the play-offs with seven games to go.

Second-placed Wigan are seeking a third successive win as they look to retain an automatic promotion spot.

Leam Richardson’s side has lost one of its last 10 league games.

Wanderers had a day to forget as they suffered a second home defeat of the season.

Forced into a defensive re-shuffle following a number of injury absentees, the Whites fell behind to an early Will Keane goal.

Things might have been different had a thumping effort early in the second half from Antoni Sarcevic gone in rather than striking the bar.

But Wanderers were second best and after James McClean had doubled Wigan’s lead with a long-range strike, Callum Lang and McClean added further goals to keep the Latics up with the early promotion chasers.

Jon Dadi Bodvarsson grabbed a share of the super-sub tag as his late goal earned Wanderers a deserved derby-day point to stop Wigan going to the top of League One.

The Latics looked to be claiming pole position in the title race thanks to James McClean’s early goal.

But Wanderers shook off their shaky start to dictate the second half.

And with seven minutes to go Bodvarsson gave them their reward with a brilliant headed equaliser. The Whites have made a habit of scoring some big goals via the bench in the recent run which had kept their slim play-off hopes alive.

And while those chances may now have receded further, this was still another important strike to restore some pride following October’s heavy home beating by Wigan and prove that Ian Evatt’s side can live with the best in the manager's 100th game in charge.

Amadou Bakayoko has invariably been the man to produce the goods as a substitute but Bodvarsson claimed a late leveller against Morecambe last month and repeated the trick with a fourth goal for the club which will live long in the memory of the Wanderers’ fans.

The Whites started with just four of the side that had begun the 4-0 loss to the Latics earlier this season as they looked redress the balance.

Gethin Jones was back for the first time in over a month and there was also a first start since early January for Elias Kachunga.

But the Whites – missing the injured Declan John – made a nervy start and went behind after just six minutes.

McLean had been one of Wanderers’ tormenters in the previous meeting with two goals and he got on the scoresheet again when an attempted cross was allowed to curl all the way into the bottom corner of the net.

The Ireland international – seemingly fortunate to complete the half after bringing down Dapo Afolayan when already on a yellow card – had a better chance five minutes later but this time missed the target when a second goal would have had Wanderers wobbling.

Evatt’s men tried to gain a foothold in the contest but didn’t help their cause by giving the ball away too often and giving Wigan opportunities to extend their lead on the break.

And after an increasingly scrappy first half had failed to throw up any real chances to level, Evatt waited just 10 minutes of the second half to make his first change as he sent on Bodvarsson in place of Kachunga. Afolayan was doing his best to find gaps in the Latics’ defence with a number of probing runs as Wanderers tried to force an opening and the opportunity to level.

The visitors were certainly seeing more of the ball with George Johnston, Ricardo Santos and Will Aimson nullifying any Wigan threat.

But with a need to carry more potency themselves, Bakayoko joined the fray, along with Kyle Dempsey, with 25 minutes to go.

Wanderers were lifting the tempo with Bodvarsson seeing a shot blocked and with the Whites delivering more and more balls into the Wigan penalty area the travelling fans grew in hope that a goal would come.

And with eight minutes to go they got their wish to celebrate another fine finish from Bodvarsson, who like Bakayoko was back from a tour of international duty.

The Icelander has quickly become a fan favourite and he further cemented that relationship with a brilliant header flashed into the corner from Aimson’s cross. Wanderers then pressed for a late winner but despite being denied a hat-trick of away victories still finished on a high to take ahead of big home games against Portsmouth and Sheffield Wednesday.

Ticket information for the Wanderers’ Sky Bet League One fixture, away to Wigan Athletic has been confirmed.

Bolton Wanderers have received an allocation of 4,098 tickets, for the trip to the DW Stadium on Saturday 2nd April at 12:30pm.

Any tickets ordered after 3.00pm on Wednesday 30 March will need to collect their tickets from Bolton Central.

Tickets for this fixture will remain on sale until 3pm on Friday 1 April, subject to availability. After this time, no sales or refunds can be processed.

Duplicate ticket requests, should tickets not arrive in the post in time, will also be accepted until 3pm on Friday 1 April. 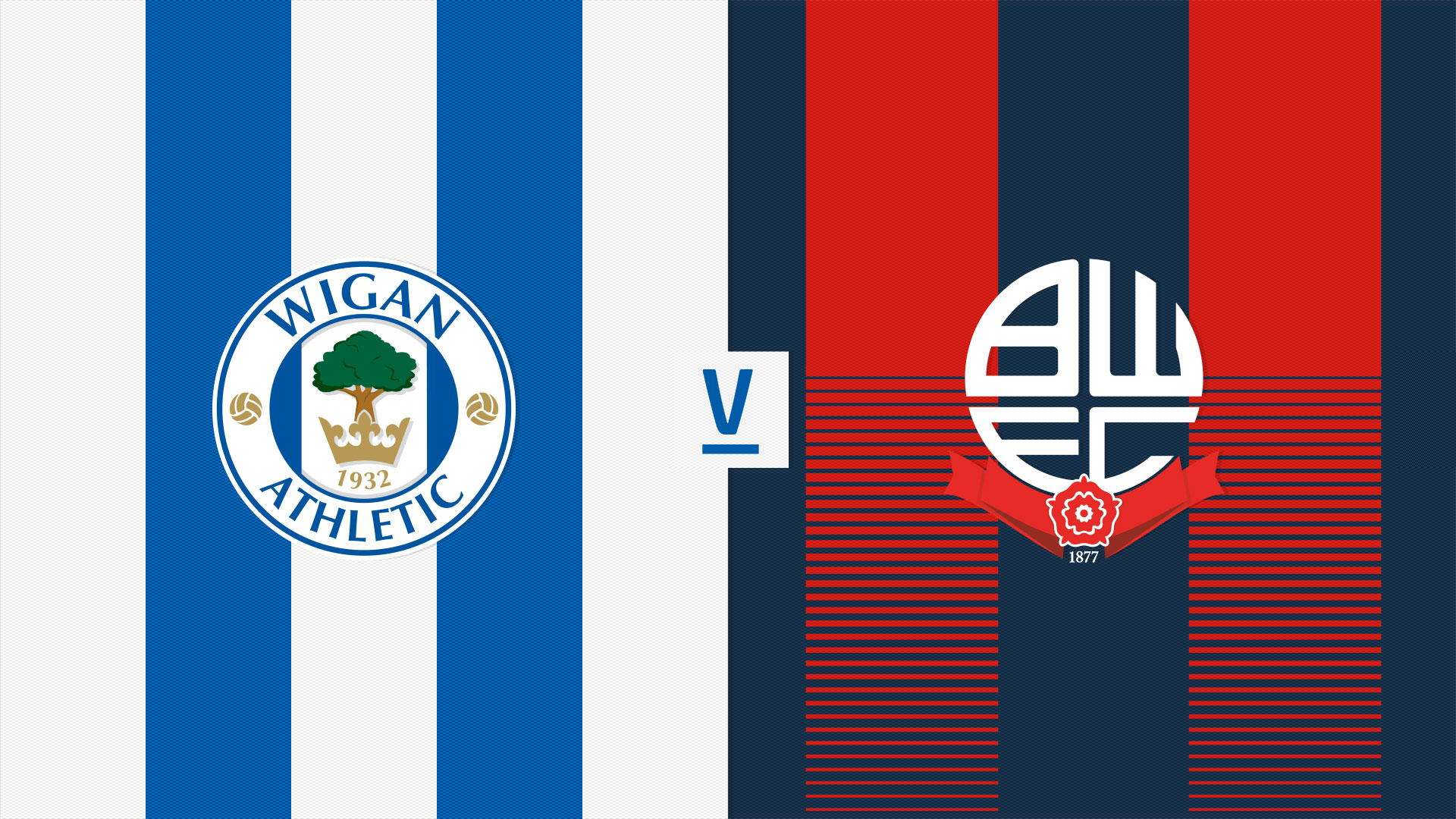 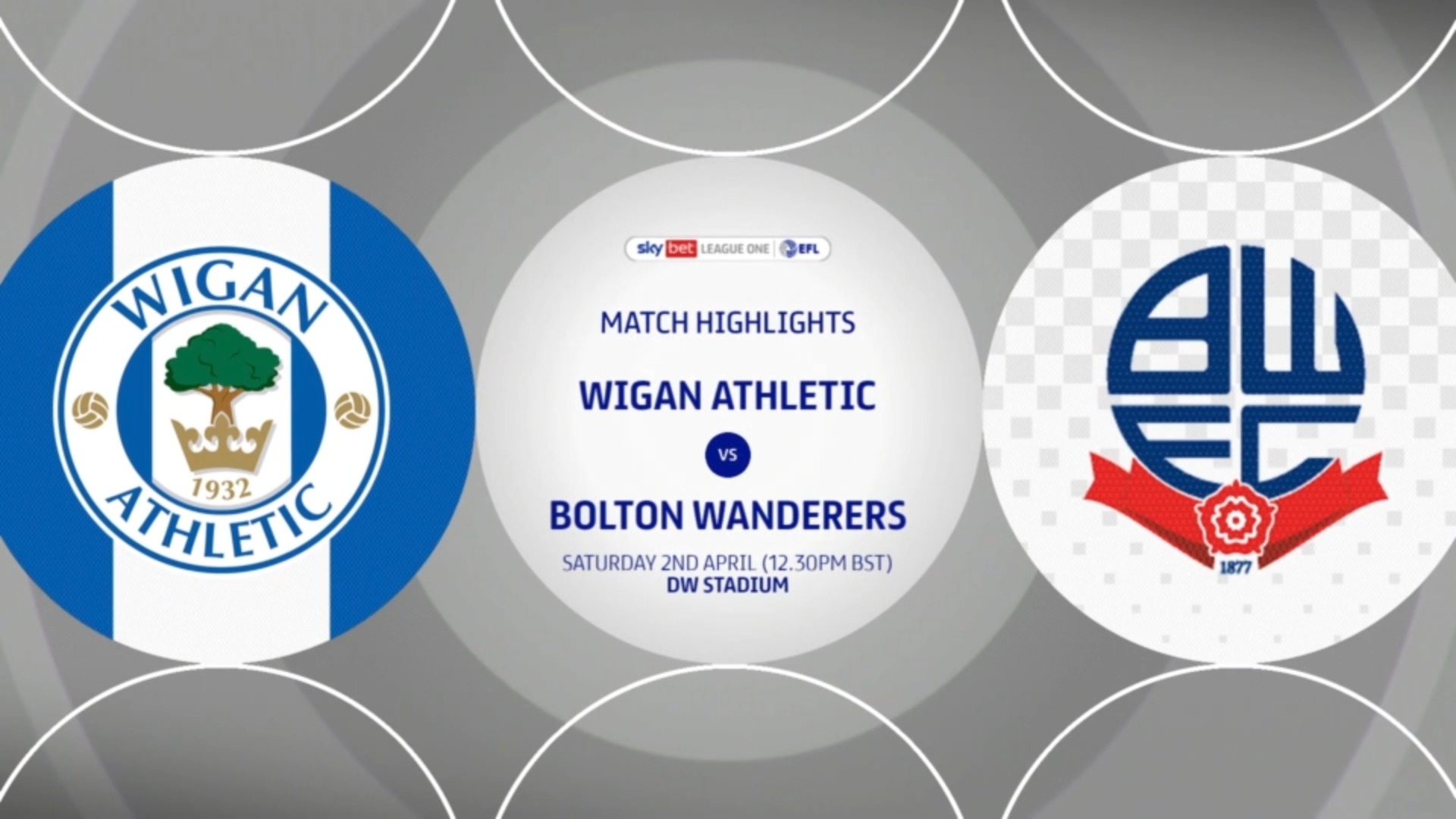 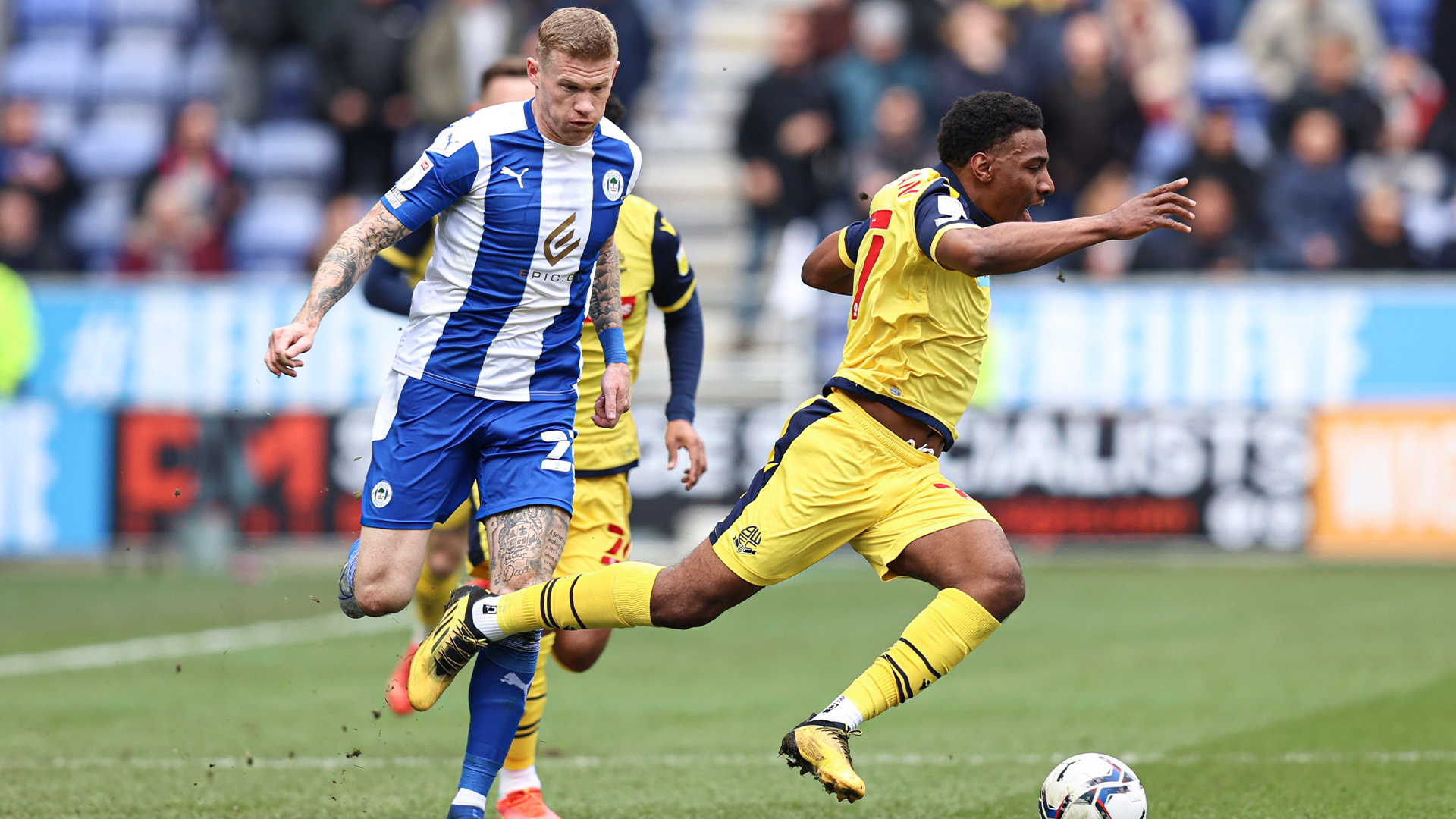