Wanderers are back in home action at the University of Bolton Stadium this Tuesday evening with a Carabao Cup First Round tie against last season’s Sky Bet Championship Semi-Finalists, Barnsley.

Ian Evatt’s men head into their second home fixture in four days following on from a 3-3 draw against MK Dons on the opening day of the season last weekend. Barnsley opened up their campaign under new manager Markus Schopp with a 1-1 draw at Cardiff City, and the Austrian will be looking to record his first win as Tykes boss.

Ian Evatt: “We’ll be coming up against a good team. They finished fifth in the Championship last season, so they’ve got some very talented players. They’ve also got a new manager.”

“I’ve watched a lot of their games during pre-season and then their game on Saturday, and they change the way they play quite a lot. Sometimes they’re possession-based and build from the back, and sometimes they’re more direct and play up to the front lads and get runners off them.

“Whatever we come up against, we’ll have to work it out pretty quickly and problem-solve for ourselves out on the pitch. We’ve got to do that and then implement our own game style.”

Ian Evatt will likely make changes to the team that drew against MK Dons on Saturday, with a number of players requiring game time to improve their match fitness.

Ricardo Almeida Santos was an unused substitute at the weekend, and Kieran Lee came on for a second-half cameo – the pair of them could slot into the starting eleven. Between the sticks, Matt Gilks got the nod to start in the previous fixture, but Joel Dixon could come into contention this evening.

Kicking off at 8 pm at the University of Bolton Stadium, admission on the day of the game can be found at the following turnstiles:

Tickets will be sold on a cash-only basis from 6.45 pm onwards, while prices for the match are as follows:

To avoid the queues on matchday the easiest way to purchase will always be online at via the Clubs Ticketing Platform.

Wanderers last welcomed Barnsley to the University of Bolton Stadium in December 2017 and it was to be a successful afternoon.

Going head to head in the Sky Bet Championship, Wanderers came out on top. Gary Madine opened the scoring after twenty minutes before Tom Bradshaw equalised from the penalty spot a couple of minutes later.

Madine scored a penalty himself before the break to give Phil Parkinson’s side the lead, and Mark Little wrapped up the victory with a second-half strike.

Bolton Wanderers defeated Sky Bet Championship side Barnsley to progress to the second round of the Carabao Cup after beating the Yorkshiremen 5-4 on penalties at the University of Bolton Stadium.

Although Wanderers were probably the stronger side in the second half, nothing could separate either team after the regulation 90 minutes.

The penalty shootout was of high quality with each side emphatically finding the back of the net until Joel Dixon kept out Devante Cole’s strike.

Substitute Josh Sheehan struck home the winning spot-kick to put Ian Evatt’s side into the hat for Wednesday’s draw.

The Wanderers manager made six changes from that side that drew against MK Dons on Saturday with Ricardo Almeida Santos returning to the starting XI.

Joel Dixon made his first-team debut in between the posts, while Nathan Delfouneso, Kieran Lee, Lloyd Isgrove, and Liam Gordon came in for their first starts of the campaign.

Dixon was pressed into action early on to make a point-blank save from the head of Clarke Oduor. Cauley Woodrow was then flagged for offside as he put the rebound into the net.

The visitors almost went ahead but for a vital save by Dixon who kept out Odour’s mis-hit from close range after the frontman got on the end of a Jordan Williams' cross into the box.

Wanderers were presented with a good chance when Liam Gordon’s trickery played in Doyle, but the Irishman was robbed of possession as he tried to find an angle to shoot from.

Josh Benson picked up the game’s first yellow card when he brought down Kieran Lee just as the midfielder was in full flow. A blatant foul to halt a Wanderers counter-attack.

Antoni Sarcevic’s ball back into the box after the Tykes’ failed to clear a Wanderers corner had Jack Walton scrambling towards his goal line but the effort eventually went wide.

Victor Adeboyejo was played in after the visitors won the ball in midfield, but he fired wide after being placed under pressure by the returning Almeida Santos.

The best move of the game came after the half-hour mark when George Johnston turned away from his man on the edge of the box, to play a neat one-two with Sarcevic. The defender’s low strike didn’t have enough power to trouble the diving Walton though.

Callum Styles’ deflected drive from the edge of the box fell safely into the arms of Dixon. The former Barrow stopper had come into the team to put in admirable display between the sticks.

Sarcevic found the ball just outside the box after Delfouneso and Gordon combined over on the left but the Wanderers skipper drilled his low left-footer across the goal and wide of the mark.

Walton punched away Isgrove’s inswinging free-kick shortly after the restart as Wanderers commenced the second half on the front foot. Almeida Santos then saw a looping header go wide of the target from Isgrove’s corner.

Evatt made his first change ten minutes into the half when Amadou Bakayoko came on for Delfouneso.

Wanderers were firmly on top and with the introduction of Bakayoko certainly had their opponents on the back foot.

Doyle was replaced by Elias Kachunga after 65 minutes with Bakayoko moving over to the middle of the front three.

Gethin Jones had his name taken, rather harshly, despite appearing to win the ball as Barnsley broke away through Cameron Thompson following a spell of pressure for the hosts.

A rare attack by Barnsley saw Thompson cross into the box for Cole, but the striker’s diving header at the near post was easily gathered by Dixon.

A quick free-kick from Kachunga found Lee and the midfielder’s cross was cleared behind for a corner. Ian Evatt's men had the bit between their teeth in search of a late winner.

Wanderers made their final change with a straight swap when Josh Sheehan came on for Lee with 12 minutes of the game remaining.

And Wanderers got the win they deserved thanks to a successful shootout with Sarcevic, Isgrove, Bakayoko, Kachunga, and Sheehan all netting.

Kicking off at 8pm at the University of Bolton Stadium, admission on the day of the game can be found at the following turnstiles:

Tickets will be sold on a cash-only basis from 6.45pm onwards, while prices for the match are as follows:

To avoid the queues on matchday the easiest way to purchase will always be online at via the Clubs Ticketing Platform HERE.

The club is looking forward to welcoming supporters back to the University of Bolton Stadium and we want to reassure everybody that your safety and well-being and that of our colleagues is of paramount importance.

We, therefore, encourage supporters attending this fixture to take a lateral flow test during the 24-48 hour period leading up to this game.

Details on ordering a lateral flow test can be found at https://www.gov.uk/order-coronavirus-rapid-lateral-flow-tests

There will be plenty of hand sanitizers throughout the stadium and we advise you to frequently wash your hands.

Also please aim to stay in your seat throughout the match and endeavour not to congregate in the concourse areas should you wish to purchase refreshments from the kiosks. Tickets on sale for Barnsley Carabao Cup Round One Fixture 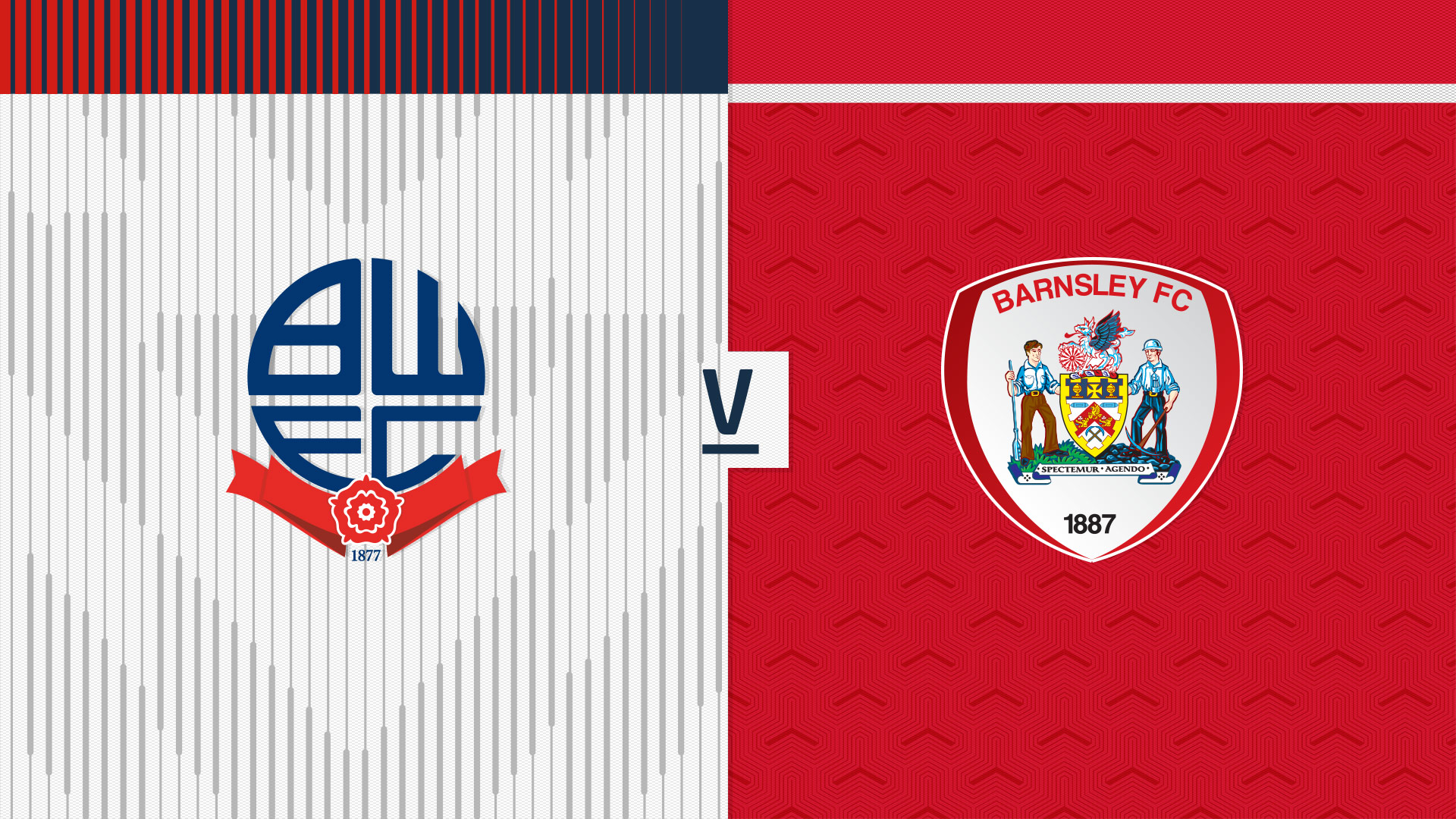 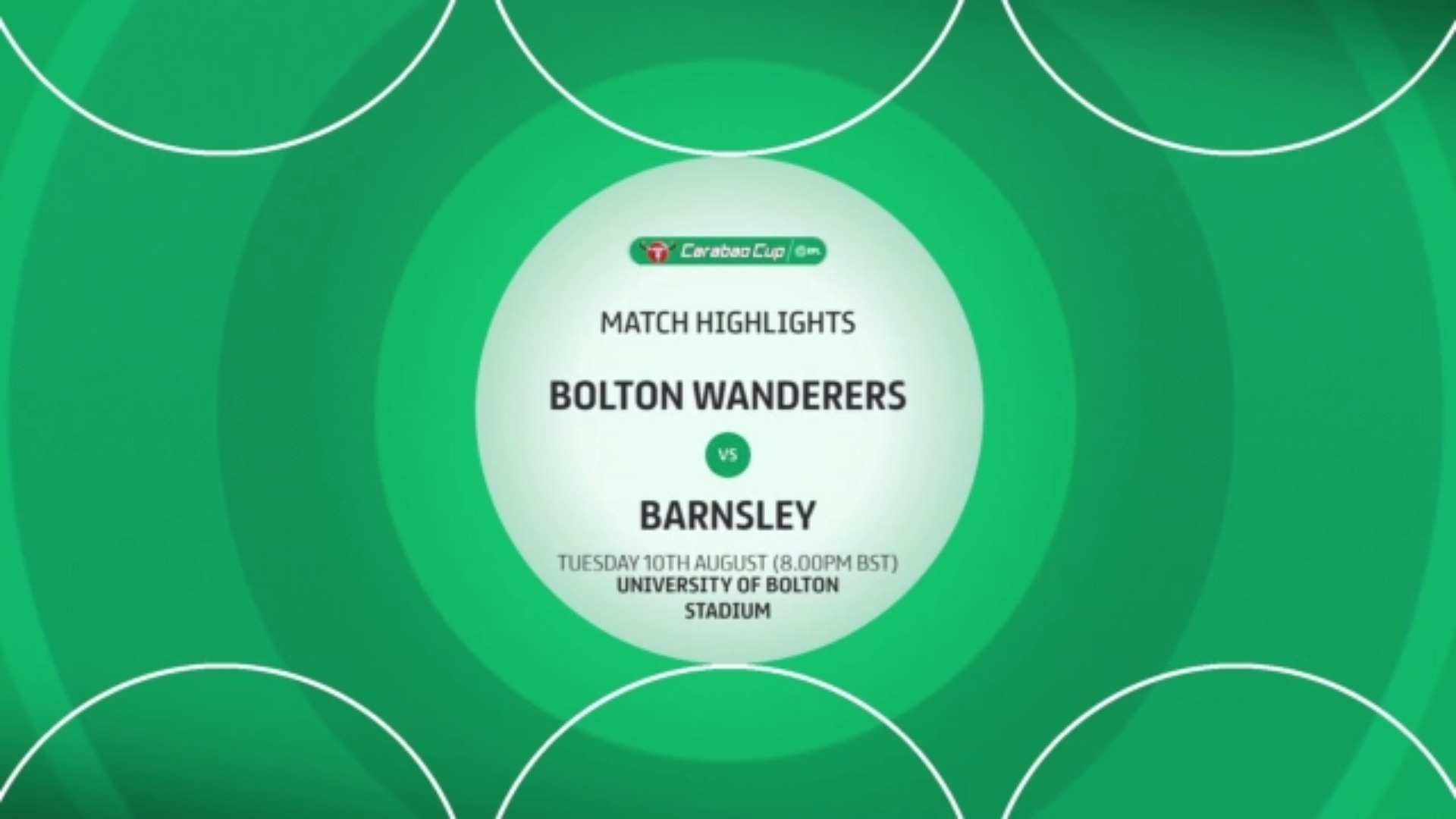 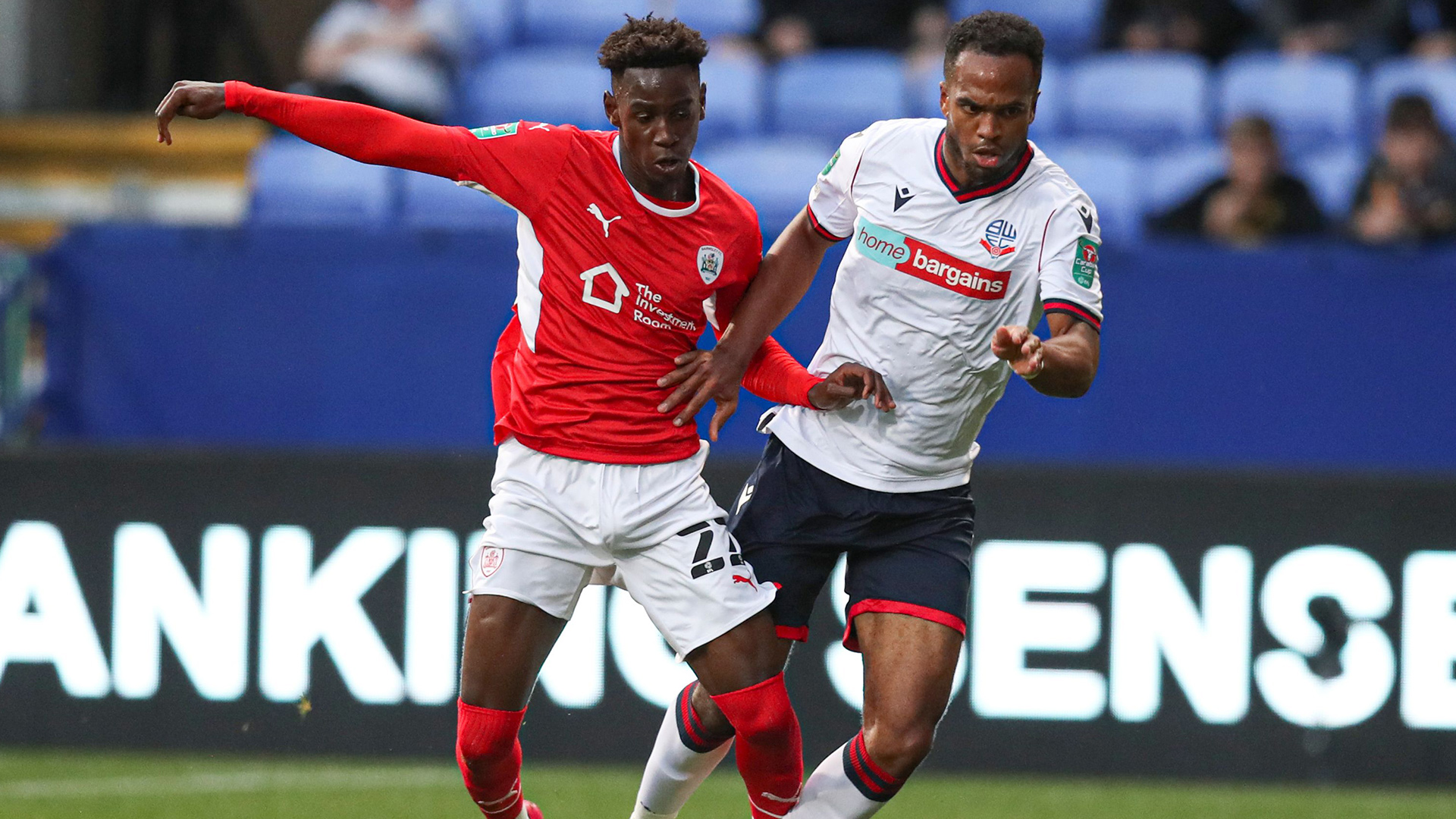