Wanderers make the short trip to the Wham Stadium on Saturday afternoon to take on Accrington Stanley, with the team looking to produce a positive response following the disappointing midweek defeat at Fleetwood Town.

Ian Evatt’s side have been going through a sticky patch in their league fixtures away from home and are currently on a run of five successive Sky Bet League One away defeats – all concerned will be looking to put that right on Saturday, just 24 miles up the road.

In contrast to that, Wanderers are unbeaten in six home fixtures in all competitions and haven’t fallen to defeat at the University of Bolton Stadium since the loss to Wigan Athletic in mid-October. The form on the road leaves much room for improvement.

Ian Evatt: “The last time they (Bolton) went to Accrington I think they lost 7-1 so we have to make sure we’re a lot better than that and give the supporters something to sing about.

John Coleman: “Football is a rollercoaster. Bolton have had some unbelievable highs this year, they have played some really good, attractive football and were among the top goal scorers for long periods of the season.

“Then sometimes they find a way to lose, that was the case on Tuesday. If you look at the game, there were chances for both teams.” Wanderers’ struggle with a sizeable injury list has been well-documented in recent weeks, but Ian Evatt confirmed some positive news ahead of Saturday’s trip to Accrington Stanley.

MJ Williams has recovered from a dislocated shoulder sustained at Wycombe Wanderers last month and will return to the squad. Adam Senior has been recalled from his loan with National League North side York City and could make his return to the squad, as could Harry Brockbank after overcoming his injury.

Amadou Bakayoko is progressing well and could make a return before Christmas, whilst skipper Ricardo Almeida Santos will miss out on Saturday afternoon due to a one-match suspension following his dismissal in Tuesday’s defeat at Fleetwood Town.

Wanderers restored a little bit of pride with a goalless draw against Accrington Stanley at the University of Bolton Stadium just a couple of weeks before the season was curtailed due to the outbreak of the Coronavirus pandemic.

Stanley had proven to be an incredibly tough opponent for Keith Hill’s side during a season where John Coleman’s side were 7-1 winners in the Sky Bet League One clash at the Wham Stadium in late November 2019 – whilst Stanley also won 2-0 a couple of weeks later on the same venue in the Football League Trophy.

The first half saw Wanderers dominate with chances falling to Daryl Murphy and Ali Crawford, only for the pair to be denied by Stoke City loanee stopper Joe Bursik. Joe Dodoo went close on a couple of occasions in the first half also, before Jordan Clark forced Remi Matthews into an exceptional save late on as both sides fought out a goalless draw.

Wanderers’ search for points and goals on the road continued as they drew another blank to leave Stanley empty-handed.

Ian Evatt had called for a positive response after Wanderers’ mid-week no-show at Fleetwood.

And while his players undoubtedly put in a shift in an improved performance on a foul afternoon at the Wham Stadium, their current lack of a cutting edge blunted that effort.

Wanderers had chances before the break to try and end what has now become a six-game drought away from home in League One and take a grip on the contest.

But, crucially, none were taken and a 20th-minute header from Tommy Leigh was ultimately enough to give Stanley victory as they extended a four-game post-War unbeaten record against the Whites to stay above Wanderers, who remain, frustratingly, lodged in the bottom half of the table while they wait for playing reinforcements to arrive. Already severely stretched by injuries and the absence of suspended skipper Ricardo Almeida Santos, Wanderers were dealt a further blow when Will Aimson was also ruled out after testing positive for Covid.

That meant a further defensive re-shuffle with a first start in the league since October, 2019 for Adam Senior following the teenager’s recall from a loan spell at York City.

And Wanderers had an early chance to try and repair their recent poor away form when Dapo Afolayan flicked on an Elias Kachunga cross for stand-in skipper Eoin Doyle to get a sight of goal he couldn’t capitalise on with a snatched effort.

Stanley – who had won the only previous league meeting between the sides at Accrington 7-1 in Wanderers’ dark days of two seasons ago – were a threat from set-pieces and Kieran Lee had to head an effort from Ross Sykes clear from in front of goal. But the home side needed a superb double save from Toby Savin to keep Wanderers before they grabbed the advantage with 20 minutes gone.

Savin firstly kept out a Doyle effort after the striker had been superbly picked out by Dapo Afolayan before the keeper then spread himself to block the follow-up from Declan John when the Wanderers’ full-back looked a certain scorer.

And from looking like likely leaders Wanderers then found themselves behind when Sykes lofted the ball into the penalty area and Leigh reacted quickest to nod the bouncing ball over Joel Dixon.

Wanderers needed a response and after Kieran Lee had seen an effort blocked by the busy Sykes, Evatt’s men finished the first half strongly.

Afolayan saw a skidding effort pushed around the post and when George Thomason swung in the resulting corner, Senior missed a chance to mark an impressive comeback with a goal when he powered a header over the bar. The Wanderers’ fans – many of whom had taken a soaking in the uncovered away end as they outnumbered the home support – did their best to lift their side at the start of the second half by cranking the atmosphere up a notch.

But with little clicking going forward, Evatt made a change with 25 minutes to go as Xav Aamechi replaced Doyle, who passed the captain’s armband onto Williams, in a bid to try and build up some momentum.

If anything, that was now with Stanley as substitute Matt Butcher sent long-range efforts just wide with virtually his first two touches after coming off the bench.

Frequent stoppages in play did little to help Wanderers’ cause as time became their enemy and denied them any rhythm.

But, equally, the visitors didn’t use the ball well enough when they had it with Savin never over-stretched in securing a clean sheet which also confirmed a sixth successive away league defeat.

Ticket information for the Wanderers’ Sky Bet League One fixture, away to Accrington Stanley has been confirmed.

Bolton Wanderers have received an allocation of 1,490 terrace tickets and 1,117 seated tickets for the trip to The Wham Stadium on Saturday 11th December at 3:00pm.

Any tickets ordered after 3.00pm on Wednesday 8 December will need to collect their tickets from Bolton Central.

Tickets for this fixture will remain on sale until 3pm on Friday 10 December subject to availability. After this time, no sales or refunds can be processed.

Duplicate ticket requests, should tickets not arrive in the post in time, will also be accepted until 3pm on the day of the game. 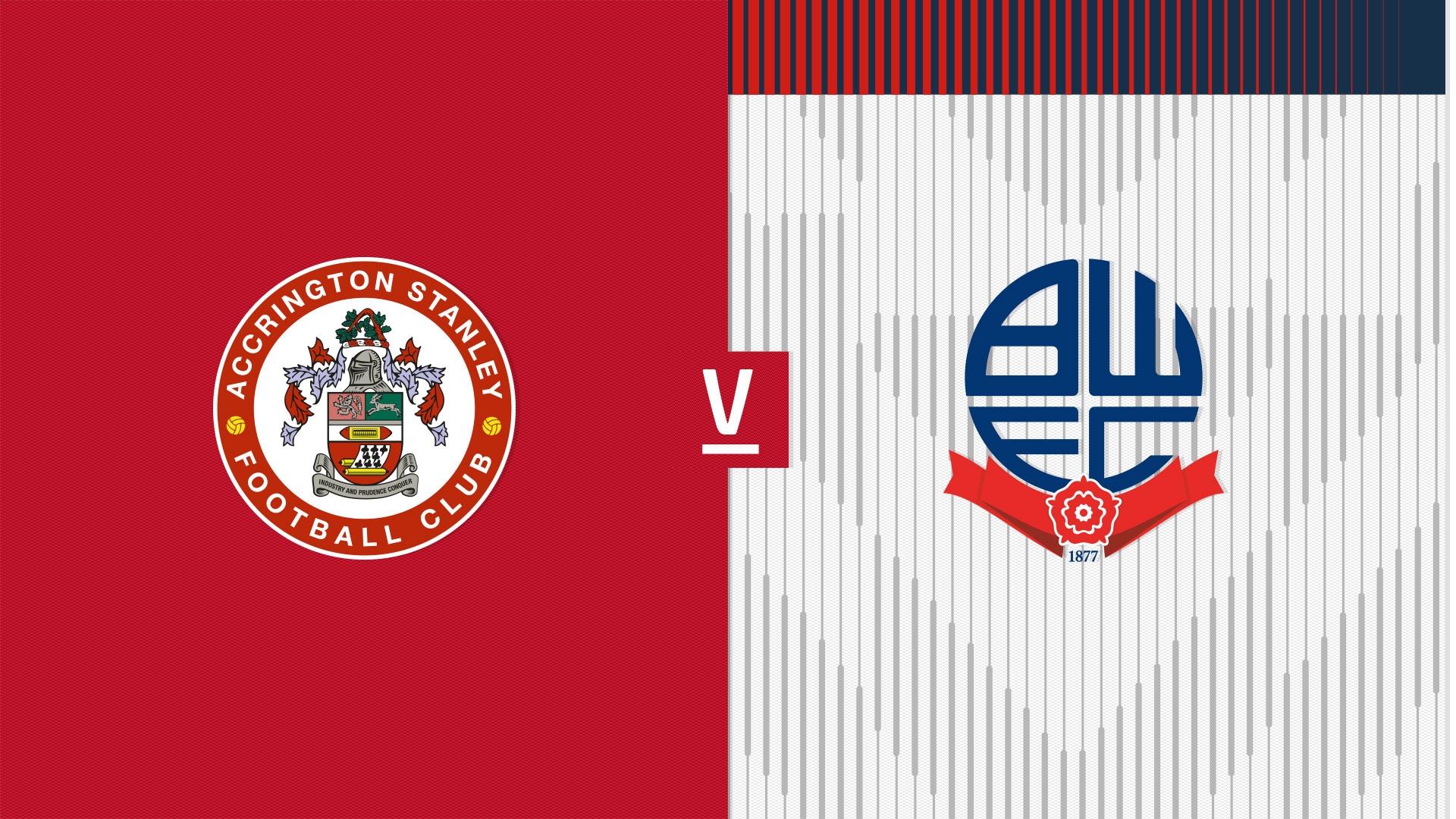 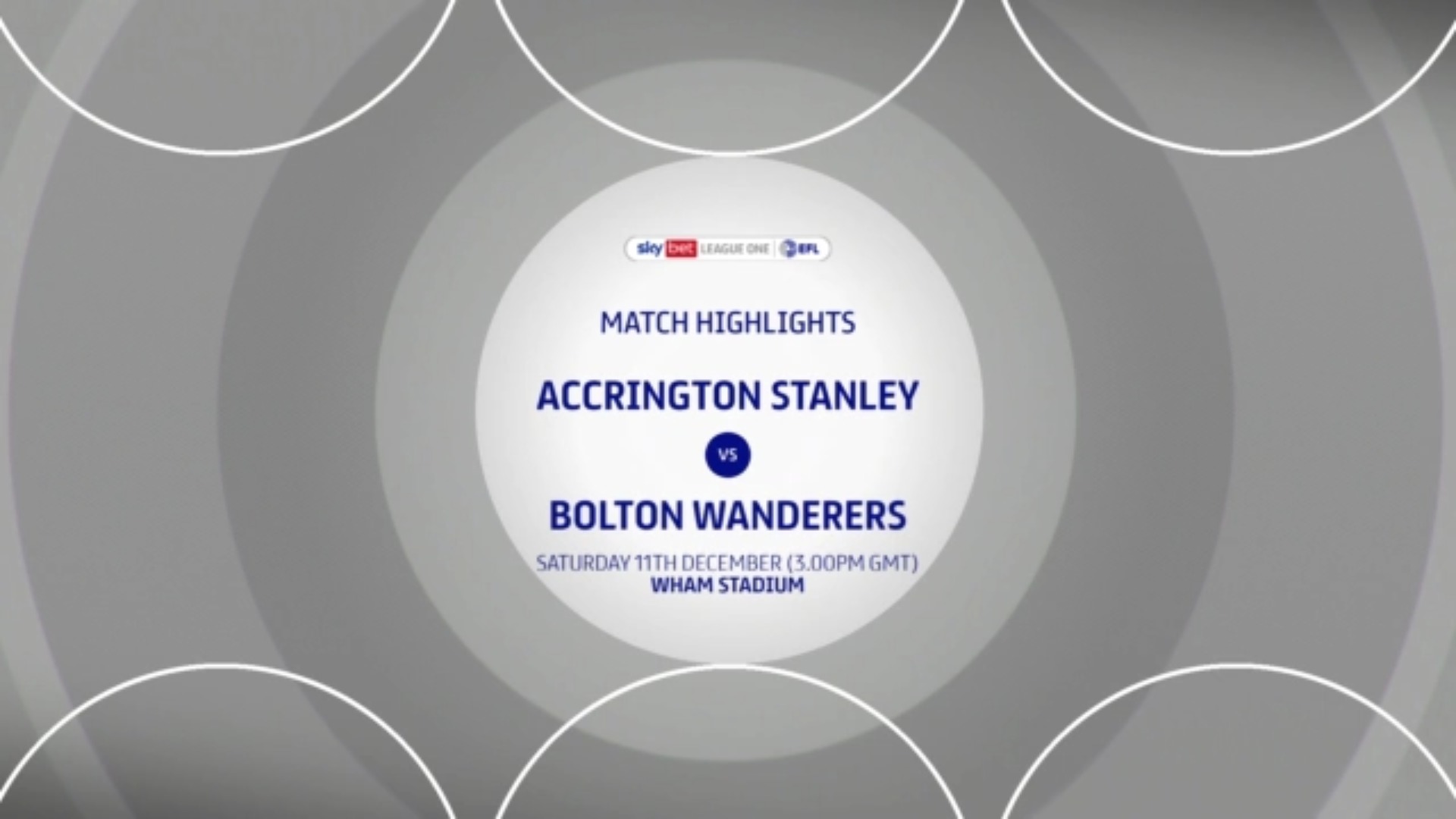 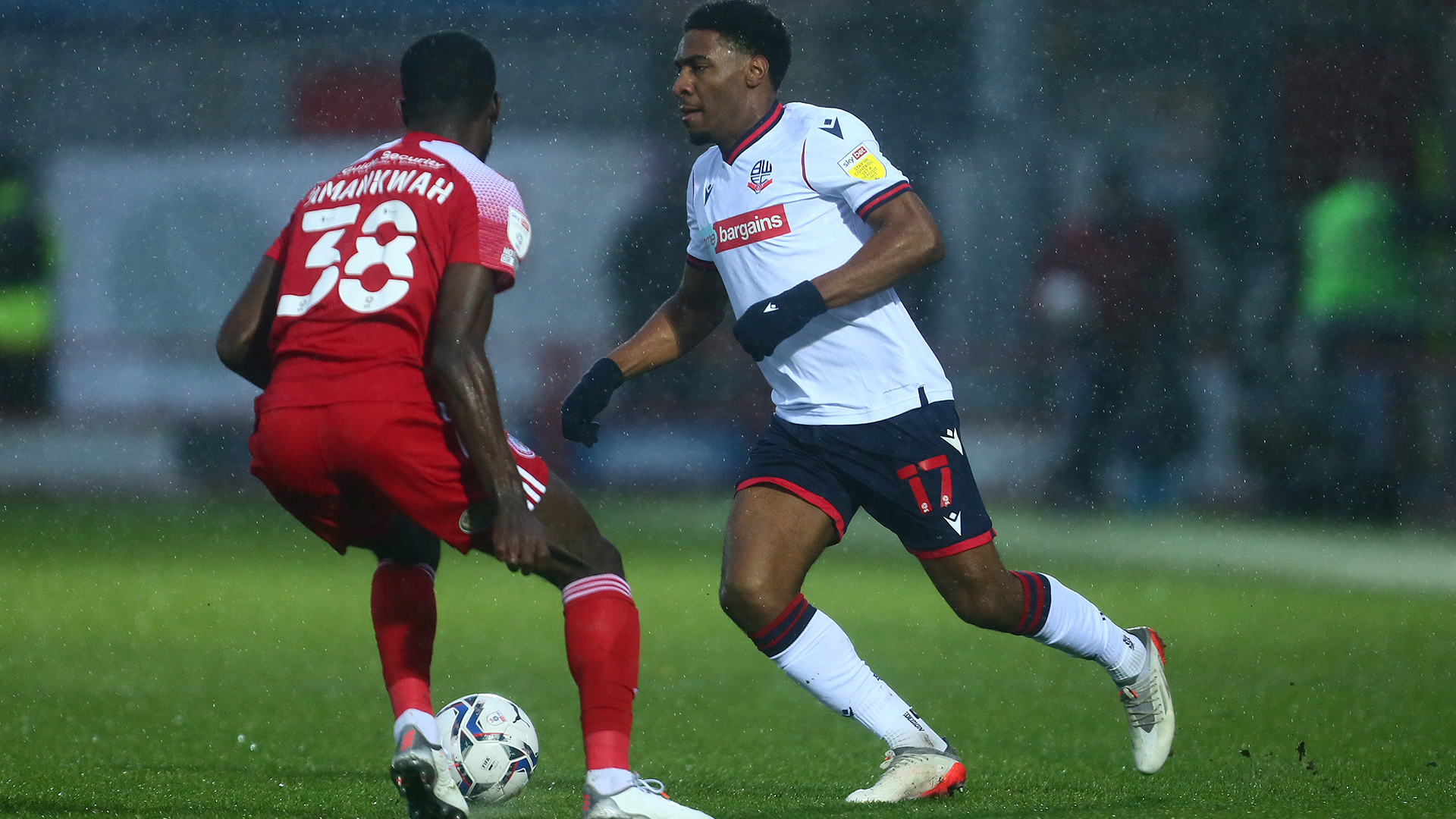