Wanderers take on Fleetwood Town at Highbury Stadium this evening, looking to go four games unbeaten in all competitions.

The Whites head into this one having welcomed Stephen Crainey’s men to the University of Bolton Stadium just seven days ago in the Papa John’s Trophy Second Round clash. Ian Evatt’s men went on to win 1-0 on the night, with Kieran Lee notching his fifth goal for the season in all competitions.

Ian Evatt: “It will be a tough game. They will certainly be a wounded animal after Saturday.”

Stephen Crainey:  “We conceded some sloppy goals but there is no point dwelling on it, we have to quickly move on, dust ourselves off and focus on Tuesday - the red card is a big turning point but as I said there was a few decisions like us potentially having a penalty, but it was just one of those days.

“I felt we had some good periods. I have to give a special mention to Cian Hayes making his first full debut where we also have some really good young players where I’m fully aware of their ability and it’s something the club can look forward to the youngsters coming through.

“The work ethic this team has shown since I’ve come in has been really positive, they give me everything in training and there’s a balance between youth and senior players who all get along. We have to take things day by day and keep together so that we can focus on the next game.”

There was a bit of positive news on the injury front from manager Ian Evatt in his pre-match press conference, as he revealed MJ Williams and Harry Brockbank returned to training this week. However, it appears both aren’t quite ready for tonight’s league clash.

“MJ joined in training today, which is great,” said Evatt.

“Harry Brockbank returns to training on Thursday, which is also good.” We will have a sold out away end for this evening’s trip to the Fylde coast, as 1,100 supporters are set to make the journey to Highbury Stadium.

For anyone making the journey up to watch Ian Evatt’s side tonight, a supporters guide has been provided by our opponents to show what is available for the travelling support. Click HERE for more information.

But if you can’t be there, you can still watch the game live via a stream from iFollow BWFC for £10, with video match passes available to purchase by clicking here.

Match Officials for this evening

Wanderers were blown off course by Storm Barra and a resurgent Fleetwood side on a miserable night at Highbury.

On a wind and rain-lashed Fylde coast, Ian Evatt’s men failed to master the conditions or, ultimately, a Town team which recorded its first win since mid-October.

Captain Ricardo Santos was sent off as he tried to stem the tide with a desperate last-ditch tackle as Wanderers tried to find a way back into a game as they trailed 1-0 with just under 20 minutes to go.

But a quick-fire double from Harrison Biggins then punished the 10 men and swiftly killed off any prospect of a fightback as Fleetwood secured their first win under interim boss Stephen Crainey to extend the Whites’ losing away run.

With Wanderers - still missing several players through injury but with Santos and Elias Kachunga back on starting duty - kicking into the teeth of the gale in the first half they were soon taking on water as Fleetwood grabbed an early lead.

The Whites have too often been guilty of sluggish starts and even though they had been under little pressure in the opening minutes they were suddenly undone when Danny Andrew burst down the left flank and crossed hard and low for Ged Garner to divert the ball home at the near post.

It was hard going in the other direction, although Wanderers, on the back of a decent run over the past month, were getting on top when Eoin Doyle was denied an equaliser by an offside flag after he followed up a flicked effort from George Johnston which had Alex Cairns scrambling to save.

Cairns also had to save from George Thomason, who did his best to get Wanderers going.

But the wind was proving difficult for defenders and concerning for referee Sebastian Stocksbridge who twice spoke with the benches about some potential structural damage.

And when the otherwise sure-footed Will Aimson was caught out with just over half an hour gone, it needed a vital save with his feet by Joel Dixon to block a Callum Morton effort and keep Wanderers just one goal adrift at a half-time break delayed slightly by the presence of a duck on the pitch.

It was that kind of weather and with elements behind them in the second half, Wanderers needed to try and make it pay. Inevitably much of the game was played in the Fleetwood half but Town keeper Cairns wasn’t over-worked with a save from Doyle, following good work from Thomason and Dapo Afolayan, his next piece of action with almost an hour gone.

And Fleetwood then had a great chance to double their lead minutes afterwards when Paddy Lane picked out Garner for an opportunity he steered wide with just Dixon to beat.

At the other end Wanderers worked an opening of their own when Aimson and Doyle opened up the Town defence to give Elias Kachunga a shooting chance on the turn.

But any threat on the home goal was all too rare as Wanderers failed to stamp any sort of authority on the game.

With 25 minutes to go Evatt made his first substitution when he sent on Xav Amaechi to try and force an equaliser.

But rather than provide the catalyst for change, Wanderers were soon forced into another substitution following the dismissal of Santos for bringing down Morton as he threatened to run in on goal.

Alex Baptiste was sent on to maintain the defensive numbers but with a man light Wanderers almost immediately shipped two goals in three minutes as the re-shuffled back line was picked apart.

Biggins was the beneficiary on both occasions, tapping in after Morton had sparked an excellent counter-attack before firing across Dixon to condemn Wanderers to a fifth success away league loss and with work to do to negotiate a testing spell before players come in via the treatment room or the January transfer market. 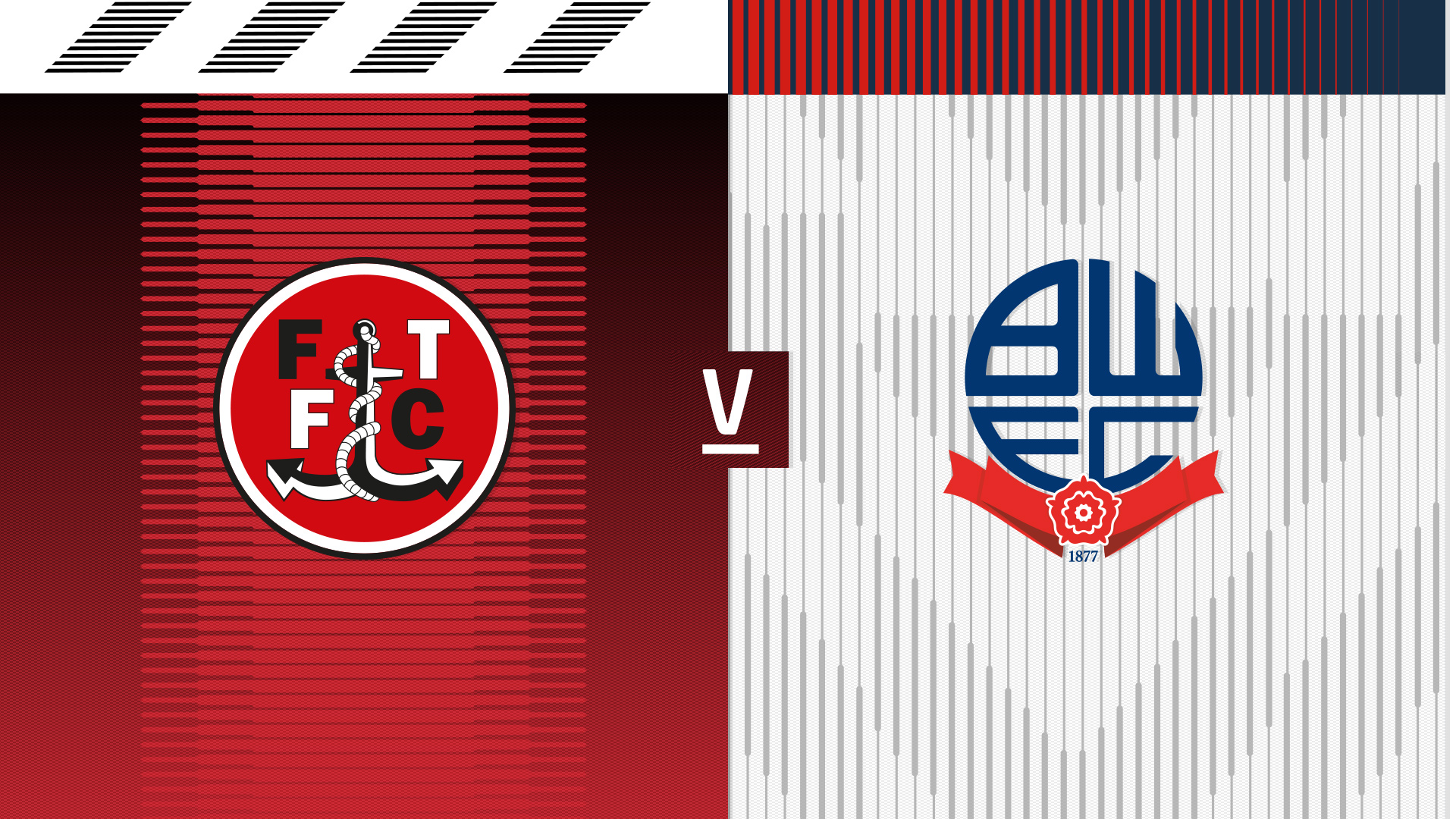 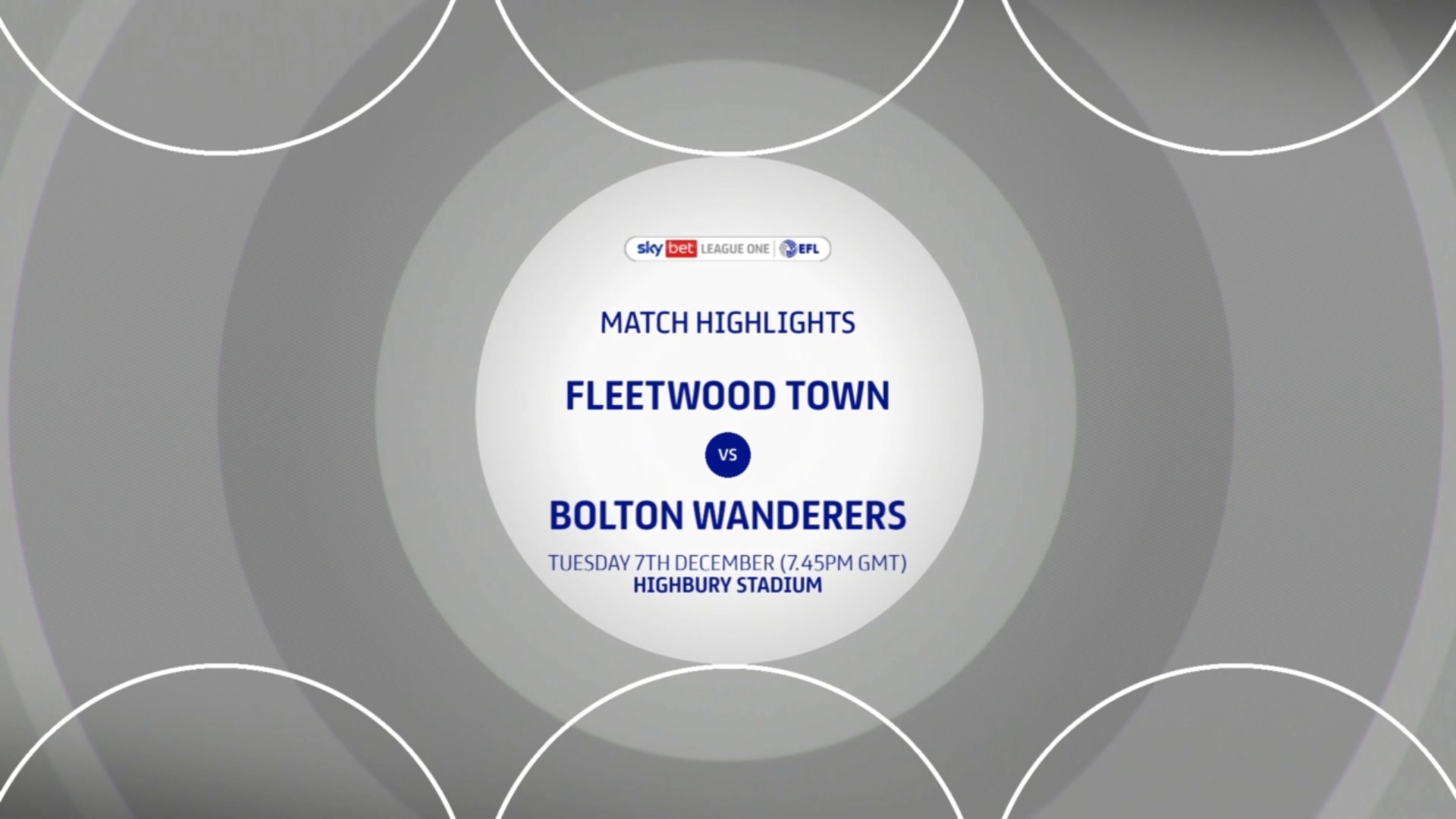 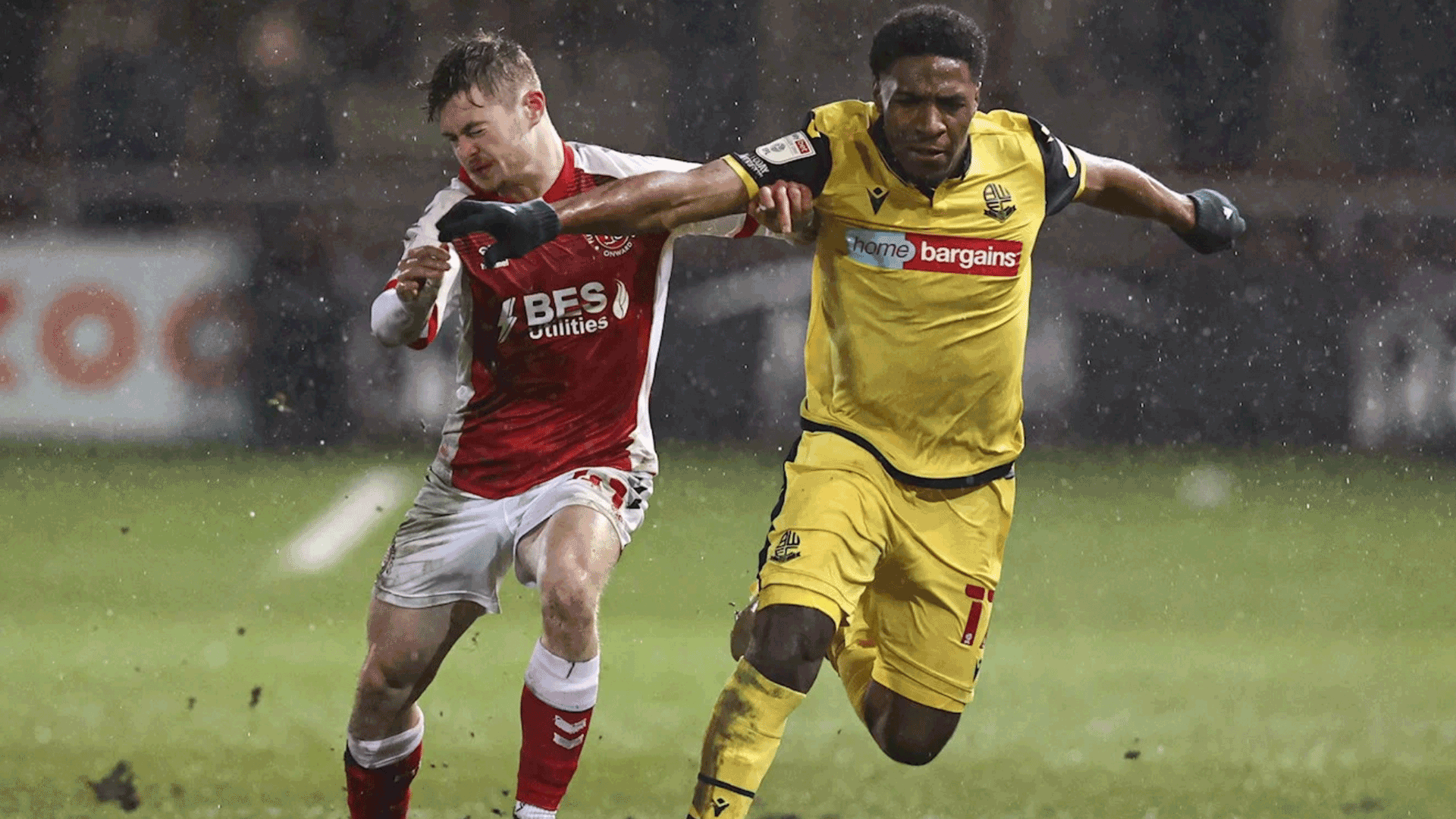