Wanderers head back home to face Charlton Athletic in a showdown between two in-form sides.

The Addicks head north on the back of a four-match unbeaten run in League One, while Wanderers are unbeaten in five.

Ian Evatt’s men have won their last three at home without conceding a goal.

And they will be looking to extend that run to pull clear of Charlton – who are currently level on points – and move nearer the play-off chasers.

Ian Evatt: “It was emotional on Saturday for many reasons. We have to put that behind us now.

“We’re professionals and we need to focus on Charlton.

“We have to continue our home form. The fans have been absolutely brilliant. The atmosphere they are creating for us – the players are really feeding off it and hopefully, we can re-create that and put in another performance.”

Johnnie Jackson: “They are playing really well and are obviously really confident.

“The little change of shape the manager has gone for has definitely helped them in the last few games. They’ve got a great record at home and hit Sunderland for six.

Captain Ricardo Santos is available for Wanderers after the red card he received in Saturday’s 1-1 draw at Morecambe was overturned on appeal.

Defensive side-kick Gethin Jones could also return after being rested for the game at the Mazuma Stadium.

Charlton are without top scorer Jayden Stockley and midfielder Jake Forster-Caskey, with winger Corey Blackett-Taylor also set to miss out.

Tickets are still available to buy for official club members at Bolton Central or via the club website HERE.

Wanderers matched their best away win of the season on a rainy night in London.

Charlton went ahead but were then washed away by a rampant display from the Whites.

Dapo Afolayan levelled just before the break with a superb strike before a Kieran Lee double and a late goal from former skipper Antoni Sarcevic lifted Ian Evatt’s men up to seventh in the table.

Will Aimson’s first goal for the club arrived just in the nick of time to give Wanderers another big win to keep them looking up the League One table.

Aimson headed in eight minutes from the end to give the Whites a fourth successive home success as they pulled away from a Charlton side chasing a fourth straight victory of their own to keep the top six in sight.

There’s still a big gap to bridge but Ian Evatt’s men are giving it everything they’ve got to keep their momentum going on an inspired run of five wins in six games which has kept their season alive.

For a few minutes it looked as though the brakes might be applied as Dion Charles’ fourth goal in five games was cancelled out by Charlton substitute Chuks Aneke with a quarter of an hour to go. But Wanderers’ spirit is beyond question and, despite not hitting the heights of some of their recent home performances, they rallied and found a way to win when their late push paid off thanks to Aimson’s moment in the sun as the defender found the net for the first time since October, 2019.

Wanderers handed a full debut and first home appearance to Kyle Dempsey, as well bringing back Gethin Jones in a defence missing the ill George Johnston but including Ricardo Almeida Santos following the successful appeal against his weekend red card.

Santos was one of only five Wanderers’ players who had also started their 4-1 win at Charlton at the end of September to underline the scale of the changes in the Whites’ squad.

And it was one of the recent arrivals who again made his presence felt to give Evatt’s side an early lead. Dion Charles – the first of Wanderers’ seven January signings – has been an inspired purchase and as the evening’s best player it was fitting that he got the goal 10 minutes in.

The striker never gives a defender a moment’s peace and his pace and persistence paid off again as he robbed Amin Famewo.

Despite having his ankles clipped, Charles still had the composure to go around goalkeeper Craig Mac Gillivray.

And even though his finish wasn’t the cleanest strike, it still had the accuracy to beat Sean Clare’s attempted clearance on the line as Wanderers did enough to reach the end of an otherwise chance-less first half in front.

Both sides – separated only by goals scored at kick-off – probably felt they had more to give and it was the Whites who went up a gear immediately after the break.

Again Charles was the instigator in chief, drilling the ball into the penalty area to force a half-chance for Marlon Fossey before being dragged to the floor by Jason Pearce, who was perhaps fortunate to avoid a second yellow card for a similar incident shortly afterwards. Charlton wasted no time in replacing their captain, while Wanderers were grateful to theirs at the other end as Santos made a vital block to keep out Alex Gilbey’s goalbound effort.

With the game opening up, Dapo Afolayan then fired inches wide as Wanderers looked for the second goal which may have ended the contest.

But when that didn’t come the Whites’ lead remained vulnerable and with 15 minutes to go Charlton levelled.

The visitors had gradually wound up the tempo and when Wanderers didn’t relieve the pressure, Scott Fraser swung over a cross which fellow substitute Aneke headed powerfully home.

Evatt responded by sending on the fresh legs of Amadou Bakayoko and Kieran Sadlier in a double change following the earlier introduction of Jon Dadi Bodvarsson.

But when the winner did arrive, it came from the unlikely figure of Aimson. Wanderers have at times been questioned over their set-pieces but when Aaron Morley delivered the perfect free-kick, Aimson got the decisive touch to glance home a header and give his side a crucial three points.

Bodvarsson almost added the ‘Iceland’ on the cake with a curling effort superbly saved by MacGillivray but two goals were enough – thanks to James Trafford’s injury-time save from Fraser – to make it four in a row and a step nearer the play-off pack.

Tickets for this fixture (KO 8pm) are priced:

Lifeline Lottery members are being given the chance to buy match tickets at a special reduced rate. Adult tickets for this fixture are available exclusively to Lifeline members for just £10.

From Thursday 27th January, in line with the ending of the government's Plan B measures, COVID-19 certifcation requirements will no longer be in place for those attending match days at the University of Bolton Stadium. 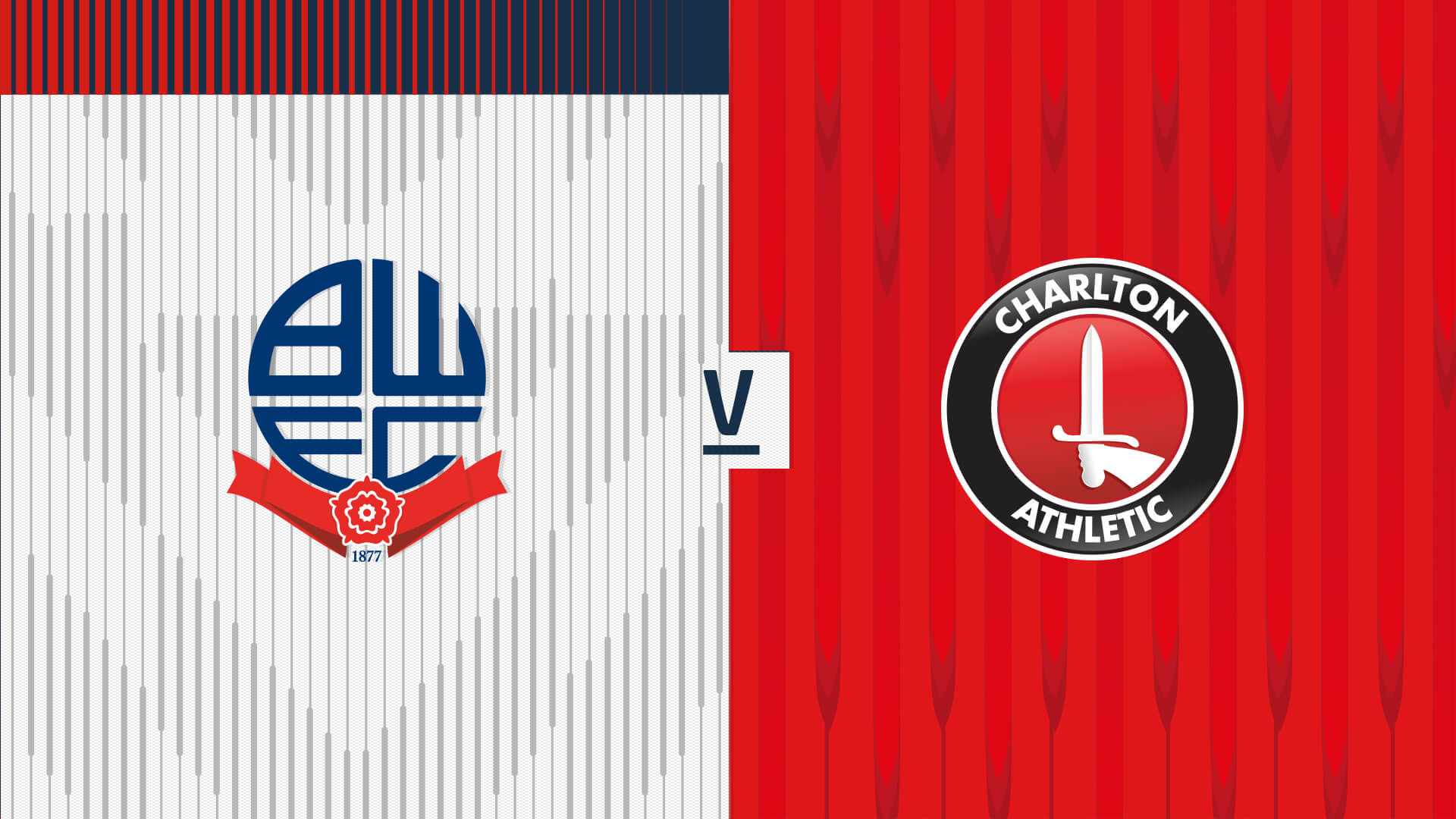 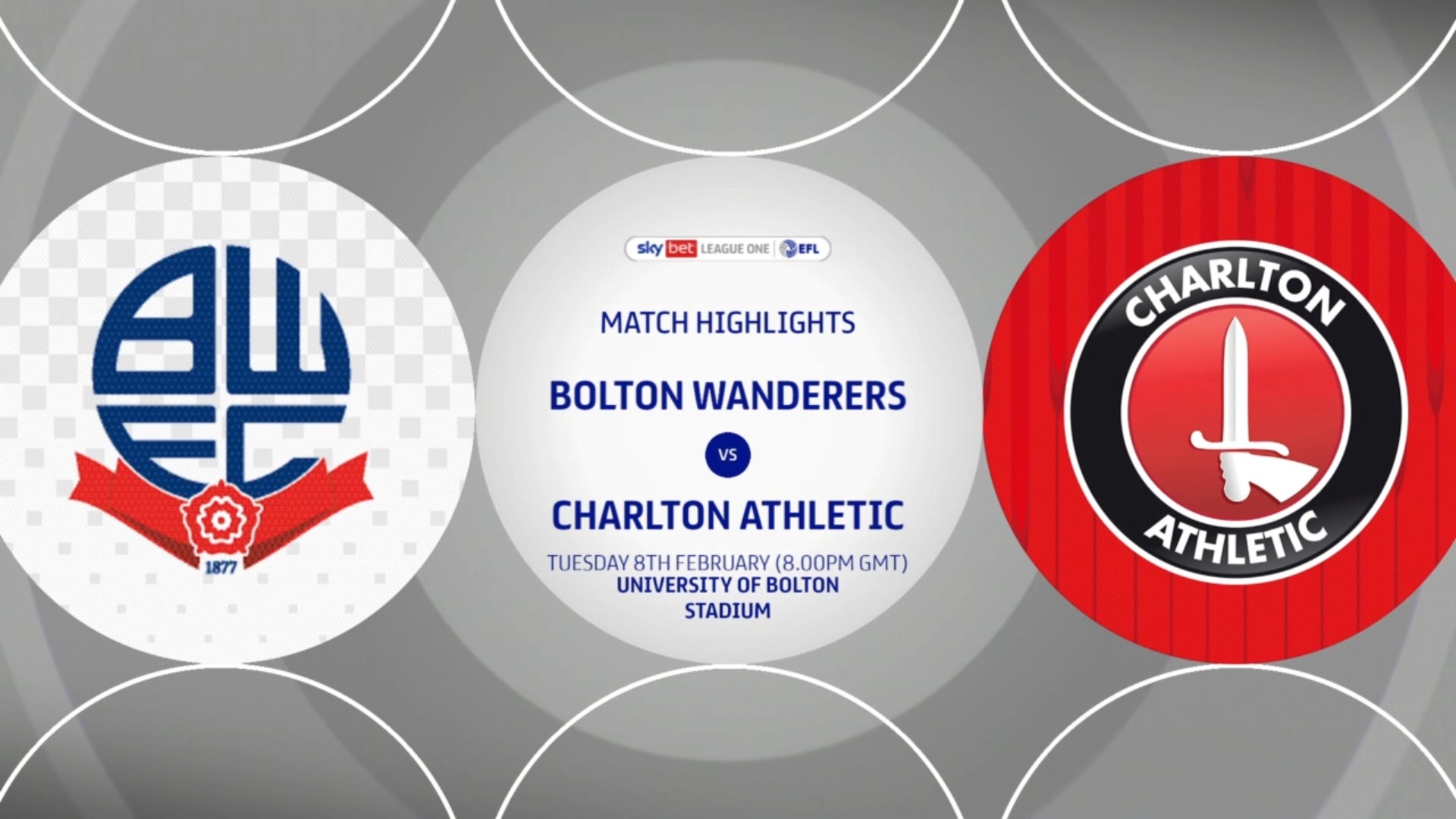 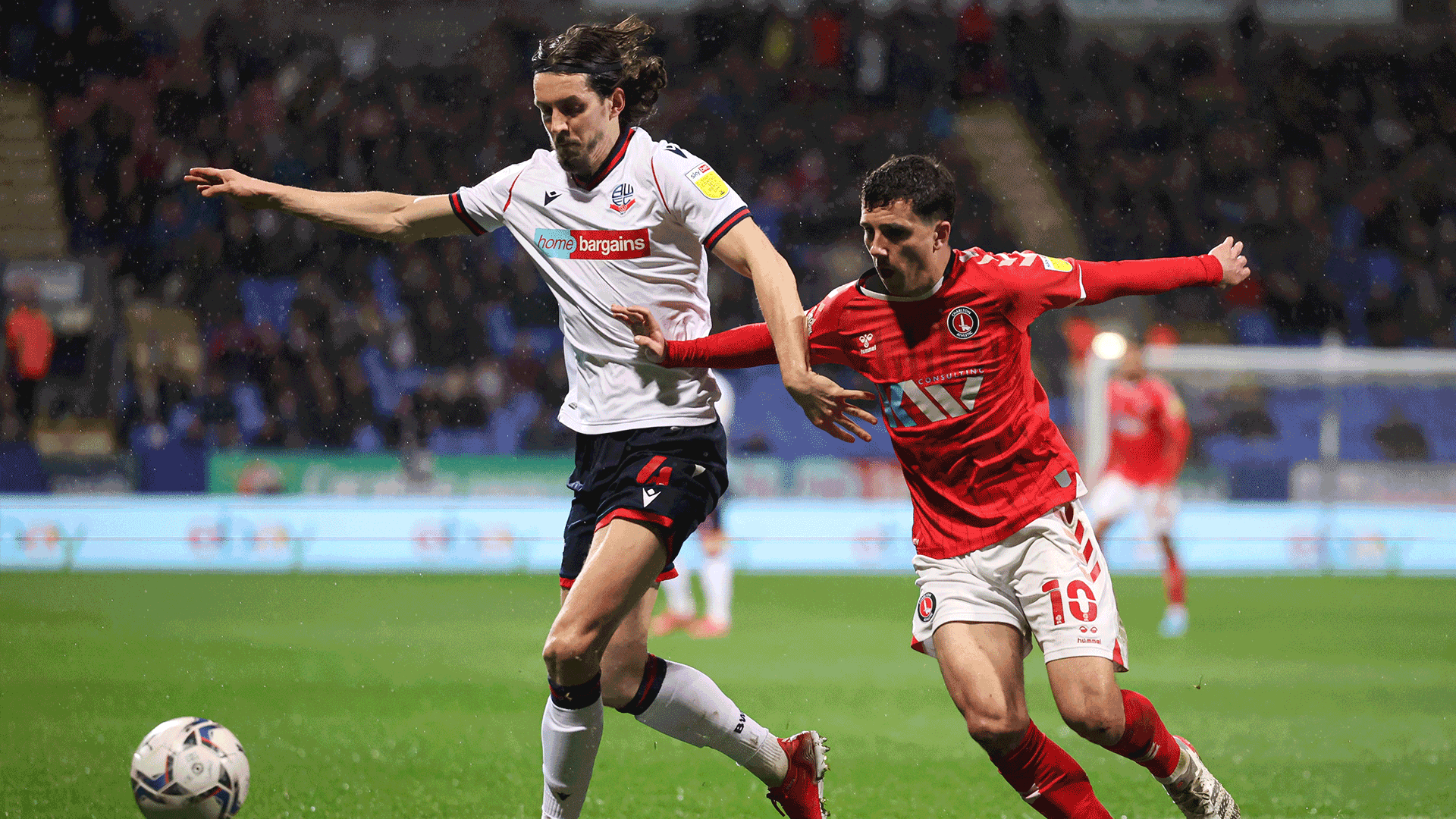