Wanderers make a rapid return to the University of Bolton Stadium as they look for a sixth successive home win.

The Whites kept the ball rolling by beating AFC Wimbledon and the weather last weekend with a 4-0 victory making it seven wins in nine games for Ian Evatt’s men.

Wanderers remain in 10th place in League One but trimmed the gap on the play-off places to seven points.

Another win tonight against Lincoln City may not be enough to move the Whites up the table but could see them breathing closer down the necks of the top six.

Lincoln are currently 17th in the table – five points clear of the drop zone.

Michael Appleton’s side has at least one game in hand on the teams in the bottom four and despite just one win in five games, have collected five away wins – more than any other side in the bottom half of the table.

Wanderers’ manager Ian Evatt: “It will be tough. We’ve learned our lesson about this league and how tough it can be.

“I know Michael very well. I played under him and he’s an excellent manager.

“I know his team will be well coached and they have had some really good away wins this season.

Lincoln City manager Michael Appleton: “When you're in the form that Bolton are in and you win a game as emphatically as they did on Saturday, sometimes your energy levels are even better and that adrenaline comes really naturally.

“Clearly they're in a great place at the minute. The business they did in January was probably as good as anyone has done, and performances and results are proving that.

“They've brought four or five real top quality players in and managed to get them not just on loan, but to be able to get them as permanent signings which was a great coup for them.”

Wanderers have no fresh injury concerns but manager Ian Evatt is planning changes as his side plays the seventh of their eight games in February.

Lincoln haven’t played for a week after their scheduled game at Fleetwood was snowed off last Saturday but have a couple of defensive injury doubts to contend with.

Wanderers secured their first win back in League One with victory over last season’s beaten League One play-off finalists.

Ian Evatt’s men had drawn their opening two league games and extended their unbeaten start with a polished performance at the LNER Stadium.

Wanderers lost summer signing Amadou Bakayoko to injury in the first half.

But they made the breakthrough with 13 minutes to go when skipper Antoni Sarcevic drove the ball home to hand the Red Imps their first league defeat of the campaign.

Rampant Wanderers made it six of the best with another big home win which lifted them ever closer to the play-off places.

A superb second-half performance from the Whites made it half-a-dozen successive home victories on the spin as Ian Evatt’s rejuvenated side moved to within five points of the top six.

George Johnston’s first goal at the University of Bolton Stadium gave Wanderers the lead early in the second half.

And then after they were pegged back by the Imps, the Whites’ super-subs took over.

Kieran Sadlier restored Wanderers’ lead with a fantastic first goal for the club and then seven minutes from the end Amadou Bakayoko made sure of another crucial victory when he continued his purple patch with an assured finish to cap yet another potentially pivotal night in the play-off race. Wanderers were without skipper Ricardo Almeida Santos following the birth of his new child as Gethin Jones took the captain’s armband and Will Aimson returned in the middle of the Whites’ defence.

The Wanderers’ back line were virtual spectators in the opening minutes as Evatt’s men looked to pick up where they left off with three goals in the second half of Saturday’s comfortable win over AFC Wimbledon.

But a bright start failed to yield any clear-cut openings and the opening chance came Lincoln’s way with a quarter of an hour gone as Jones left a back-pass short and John Marquis was left with just James Trafford to beat.

Trafford stood up to the test, though, remaining big to make a fine block with Chris Maguire failing to hit the target when the loose ball dropped his way. That lifted the visitors, whose five away wins this season had bettered any other side in the bottom half of the table.

And Trafford remained the busier of the two goalkeepers as City continued to carry a threat up to half time.

Whites' boss Evatt made a change at the break with Declan John, having suffered a back twinge, replaced by Sadlier.

And the Whites again started positively with Dion Charles coming alive with a couple of early efforts.

The first skidded wide after Aimson’s lovely ball over the top had brought the striker into play and then Charles’ persistence paid off again for an effort superbly saved by Josh Griffiths.

The momentum was growing, though, and eight minutes into the second half Wanderers went ahead. Set-pieces have started to become a source of danger for the Whites and when Aaron Morley’s corner was flicked on by Jones, Johnston arrived perfectly beyond the far post to dive and nod home his second goal in a Bolton shirt from almost on the floor.

Marlon Fossey then curled an effort just wide following another corner but Lincoln were far from out of it and with 25 minutes to go they were level.

Cohen Bramall was allowed to run into the box and get in a shot and the ball then deflected off Aimson to wrong-foot Trafford and find the bottom corner of the net.

It was very much in the balance at that point but Wanderers have had the bit between their teeth in recent weeks and raised themselves again in an effort to extend their winning home run.

Inevitably Fossey was involved as an outlet down the right-hand side and after being released by Morley, the wing-back pulled the ball back for Amadou Bakayoko. Bakayoko had made a positive impression since coming off the bench and when he poked the ball into the path of his fellow substitute, Sadlier drilled a superb low strike past Griffiths from just inside the penalty area with 14 minutes remaining.

Again Evatt’s changes had given his side fresh impetus and his final substitute, Kyle Dempsey, then got in on the act to create the third goal which finally confirmed the destiny of the points seven minutes later.

Dempsey’s clever run into the box created the opening and Bakayoko kept his composure to slot the ball home from eight yards to move into double figures for the season with his fifth goal in his last seven appearances as he and Wanderers continue to go from strength to strength.

Tickets for this fixture (KO 8pm) are priced:

From Thursday 27th January, in line with the ending of the government's Plan B measures, COVID-19 certification requirements will no longer be in place for those attending match days at the University of Bolton Stadium. 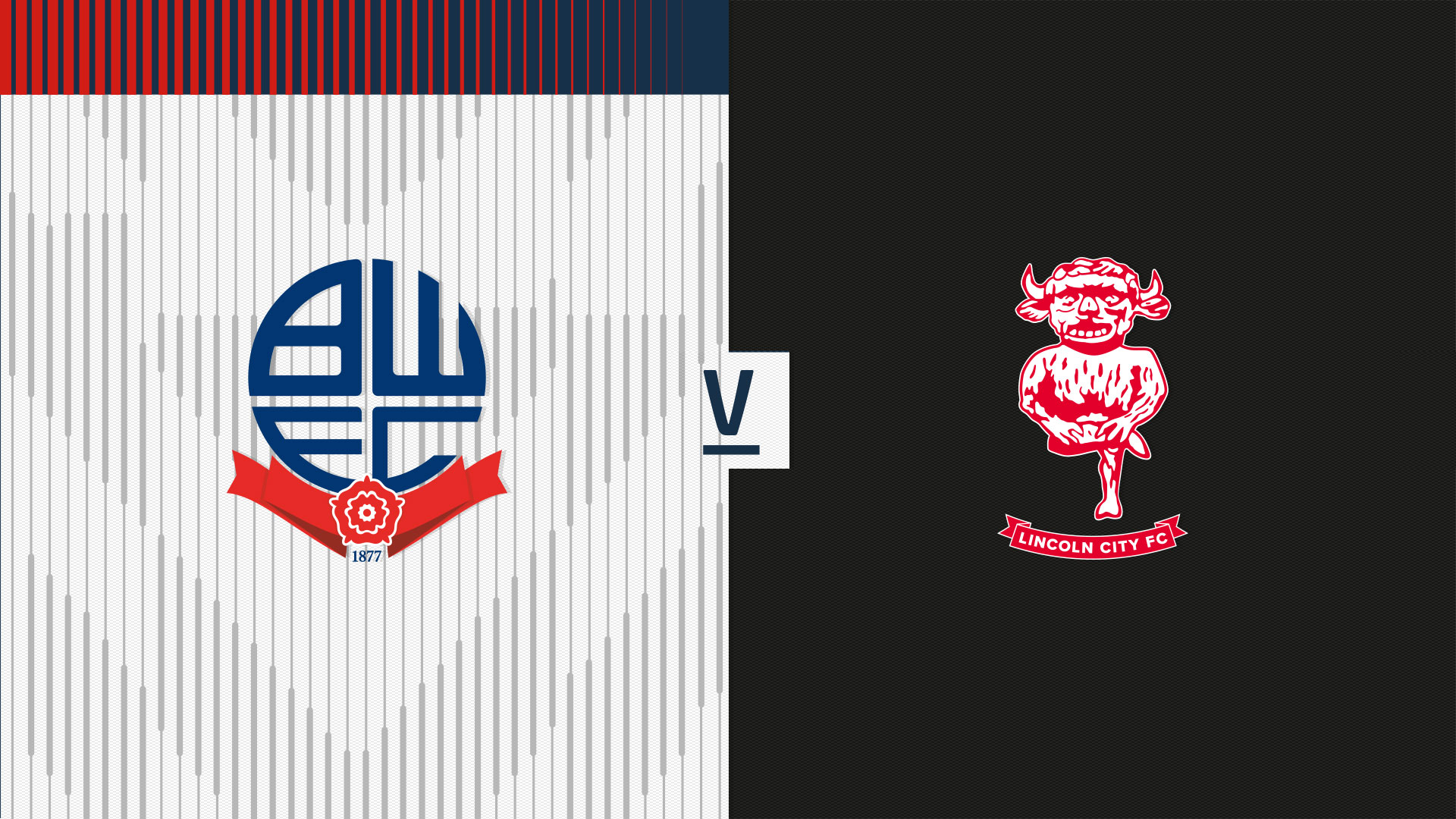 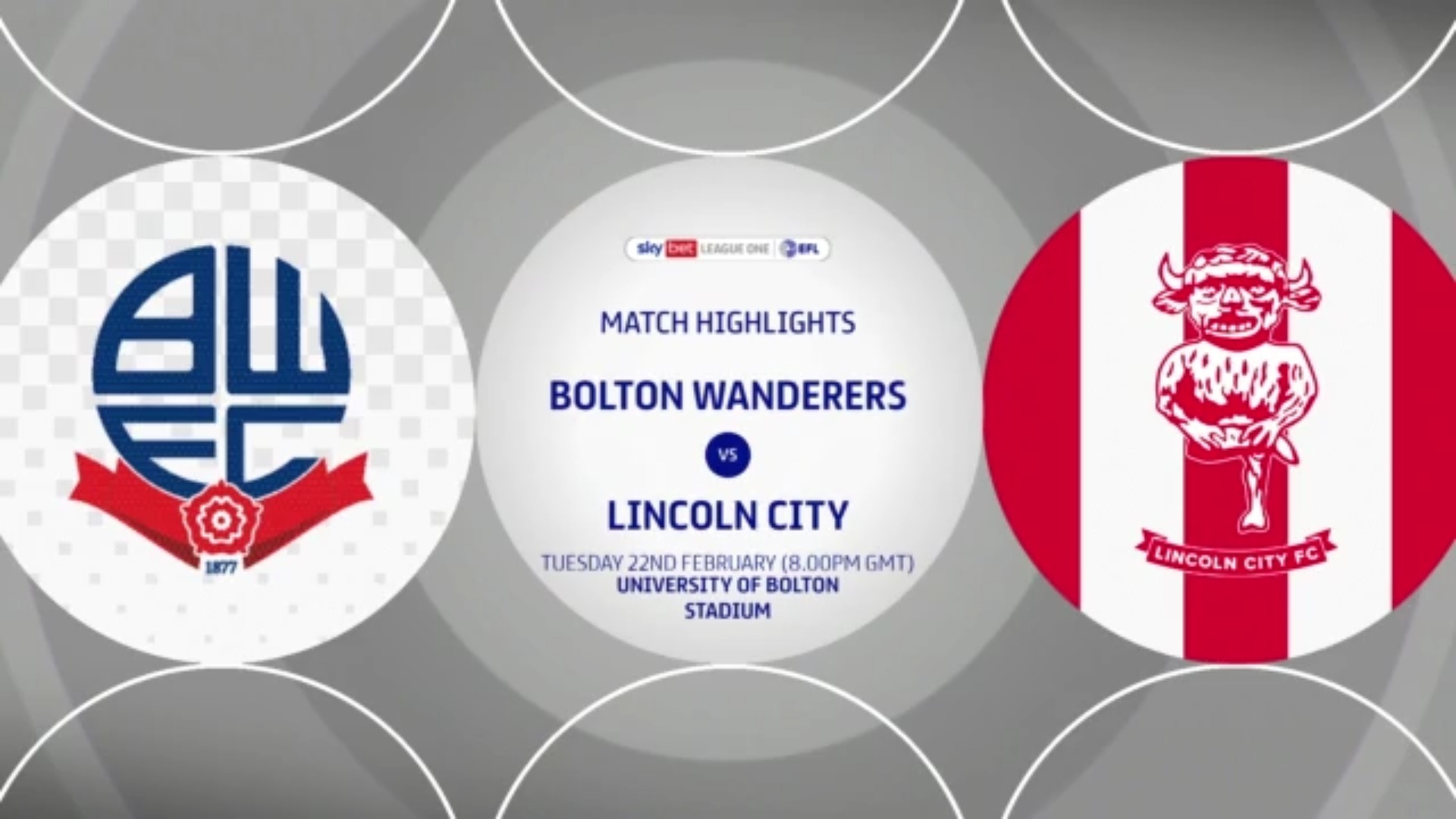 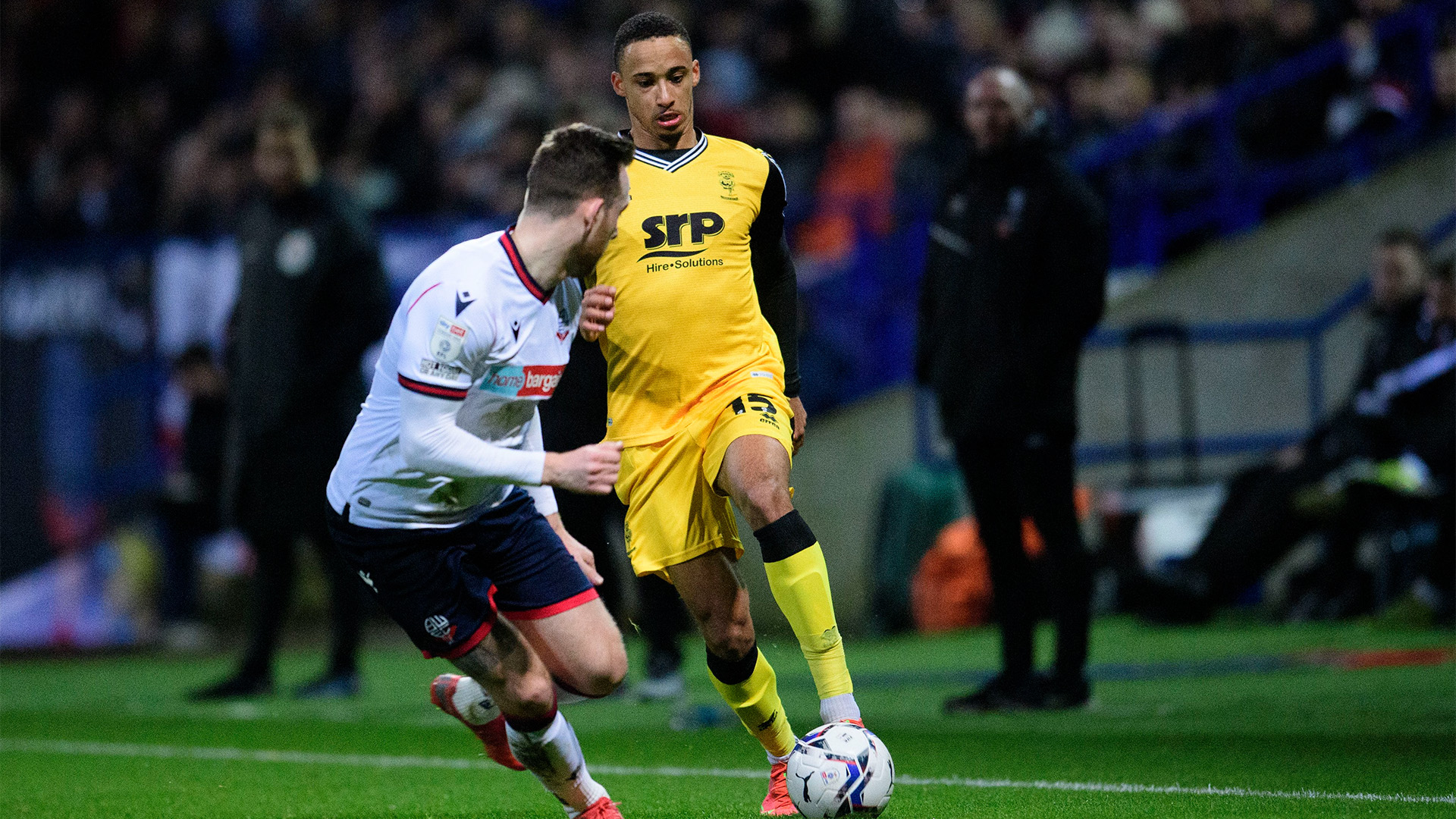