Wanderers head to the North East on Tuesday evening as they to take on Hartlepool United in a Papa John’s Trophy Third Round.

The Whites are undefeated in the competition so far, winning all their group games against Port Vale, Liverpool U21s and Rochdale, before a 1-0 win against Fleetwood Town in the Second Round thanks to a Kieran Lee well-placed finish.

Ian Evatt: “From now until the end of the season they are all important games,” said the Whites’ boss.

“Winning is a habit. Once you get wins under your belt you can build momentum.

“We are looking to build momentum in the league, of course, and achieve something like we did last season.

“I think we could take points off everybody, provided we look after ourselves and perform the right way.

“But for now, it’s about going to Hartlepool and putting on a good show, a good performance and hopefully getting through to the next round.”

Wanderers will still be without Kieran Lee for tonight’s cup clash due to Covid.

On a positive note, MJ Williams was back in training yesterday and is in contention for a place in Ian Evatt’s starting line-up this evening.

On tonight’s game, Evatt said: “It’s a competitive game and we want to try and win.

“We will be picking as strong a team as we possibly can, there’s no doubt about that.

“People have been suffering with stiffness from Saturday and we’ll see how they are.

“But availability-wise we’ll be picking a full-strength team to try and win the game as best we can.” Wanderers supporters will be able to purchase tickets at the Suit Direct Stadium tonight, ahead of the Whites' Papa John’s Trophy tie against Hartlepool United (KO 7pm).

Tickets will be sold from the sales windows at the Ticket Office on Clarence Road.

Advanced sales from Bolton Wanderers are still available via the phone lines, for collection from Bolton Central, until 2pm this afternoon. After this time, no sales or refunds can be processed. If you can’t be at the game tonight, you can still watch the game live via a stream from iFollow BWFC for £10, with video match passes available to purchase by clicking here.

The full game is streamed through any compatible laptop, computer, tablet, or mobile device in the UK.

Here is a step-by-step guide on how to purchase a match pass for the fixture - should supporters encounter any difficulties in purchasing it.

PLEASE NOTE: To be able to stream any match using an iFollow BWFC video pass, you MUST have created a free iFollow account.

Wanderers’ hopes of a run to Wembley in the Papa John’s Trophy were ended in disappointing fashion as Hartlepool were gifted a place in the quarter-finals.

Ian Evatt’s men dictated for long spells against the League Two side as new signing Dion Charles and loan capture Marlon Fossey both made their debuts.

But Wanderers couldn’t find a goal as they failed to take a number of chances – notably in a dominant first-half performance.

And they were made to pay for their lack of a killer instinct when a mistake from goalkeeper Joel Dixon six minutes from the end handed Matty Daly an unlikely winner.

As well as the introduction of the new boys, the return of MJ Williams also strengthened Wanderers’ hand as they looked to secure a place in Thursday’s last-eight draw. And after a tricky start they went about their business in imposing style in a bid to keep the run going.

Dixon was forced into the first save of the night when he saved well with his legs from lively Pools frontman Daly.

But most of the attacking then came from Wanderers as they tried to force the opening.

Fossey was heavily involved with a handful of forward runs and dangerous balls into the penalty area.

And Charles whetted the appetite for things to come with a couple of eye-catching moments as he came alive around the penalty area.

It was a combination between the two new arrivals that saw a Charles’ effort deflected wide with just over a quarter of an hour gone to earn a corner which almost led to George Johnston nodding home.

Elias Kachunga then picked out Nathan Delfouneso, who was only inches away from marking an impressive first-half performance with the opening goal.

And as Wanderers cranked up the pressure before half-time, Dapo Afolayan and George Thomason also saw goalbound efforts blocked by a fully stretched home defence. On a freezing night, the Whites took their time to warm up again at the start of the second half but with an hour gone they almost broke the deadlock.

Eoin Doyle – who had replaced Charles after the striker’s first club outing since September wasn’t over-extended – combined with fellow substitute Amadou Bakayo to tee up Afolayan for an effort saved by Ben Killip.

Even without matching the highs of the first 45 minutes, with Thomason looking to keep driving them on and Bakayoko proving a handful, Wanderers camped in Hartlepool’s half for lengthy spells.

Declan John struck a volley at Killip but there was no clear sight of goal as the visitors failed to move the ball as slickly as in their opening salvos and Hartlepool’s back line stood firm.

And as the clocked ticked on towards a possible penalty shoot-out, Pools were suddenly gifted a winner. Dixon had barely made a save since the opening minutes but his mis-cued pass presented Daly with a chance he wasn’t about to waste, side-stepping the Wanderers keeper and rolling the ball home.

Doyle did his best to deny the North-Easterners an upset but in stoppage time his hooked effort was kept out by Killip as careless Wanderers let a golden opportunity pass them by.

Wanderers supporters will be able to purchase tickets at the Suit Direct Stadium tonight, ahead of the the Whites' Papa John’s Trophy tie against Hartlepool United (KO 7pm).

Tickets will be sold from the sales windows at the Ticket Office on Clarence Road.

Advanced sales from Bolton Wanderers are still available via the phone lines, for collection from Bolton Central, until 2pm this afternoon. After this time, no sales or refunds can be processed. 
Ticket information for Wanderers’ Papa John’s Trophy Round of 16 tie at Hartlepool United has been confirmed. 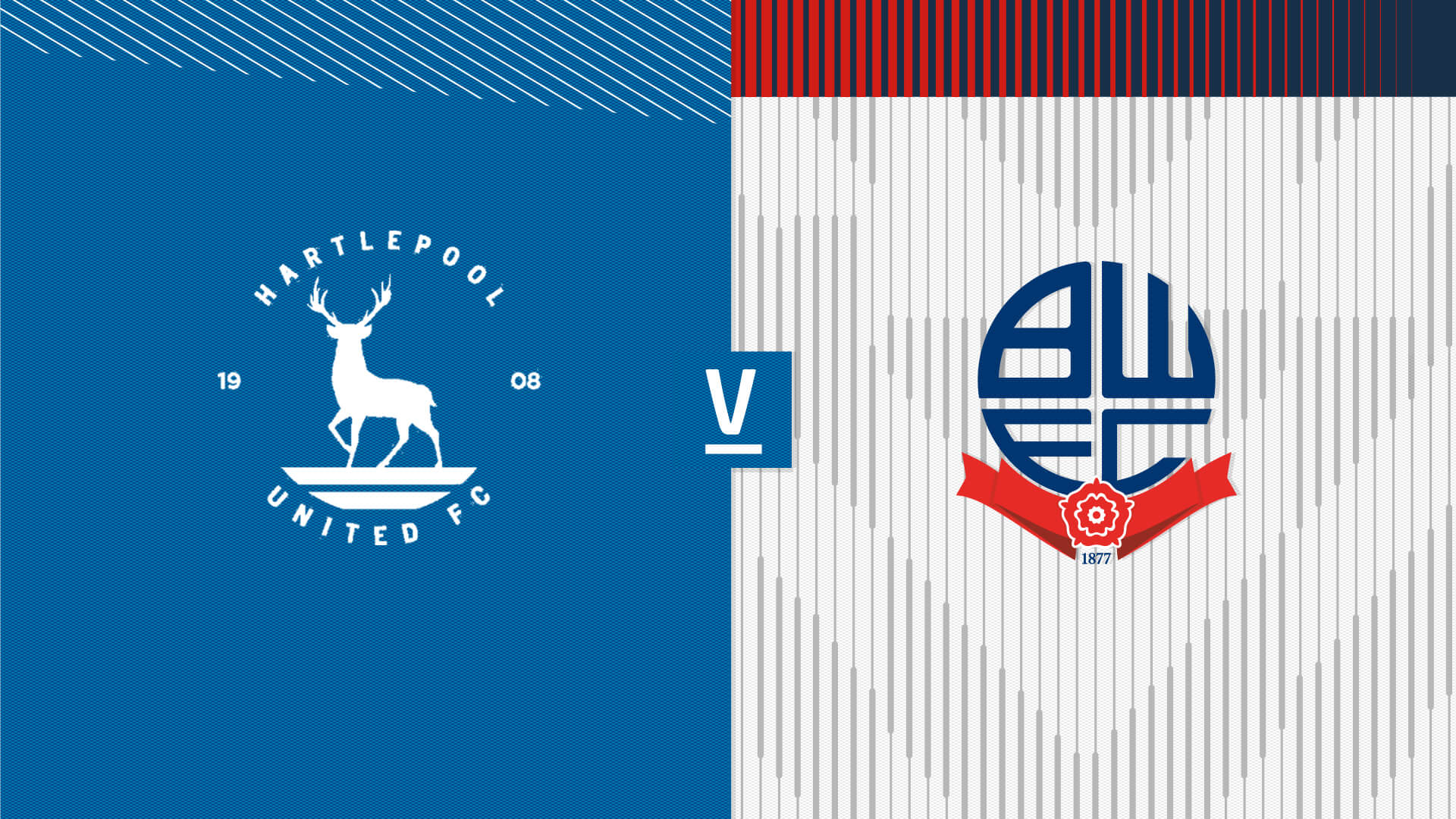 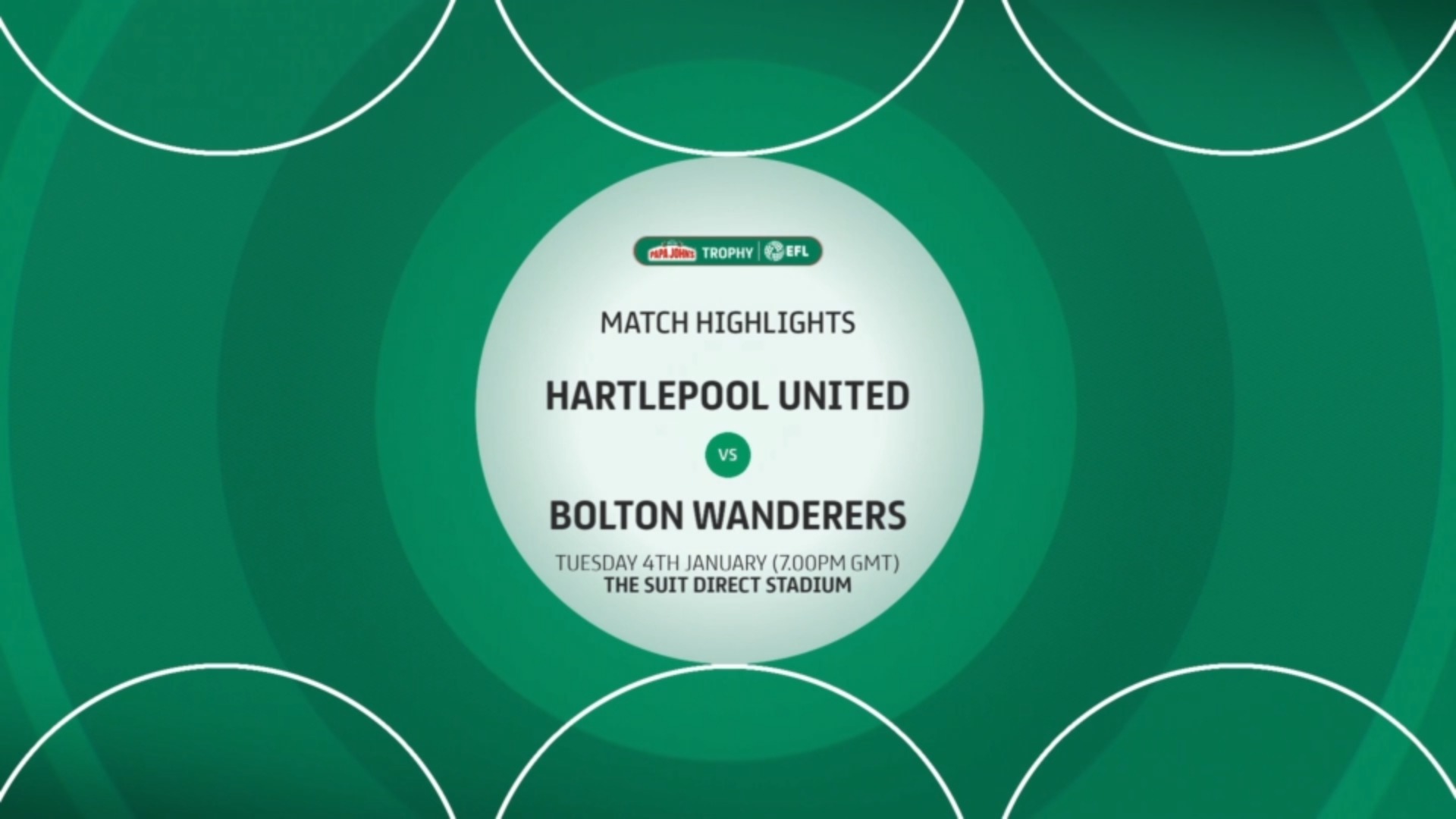 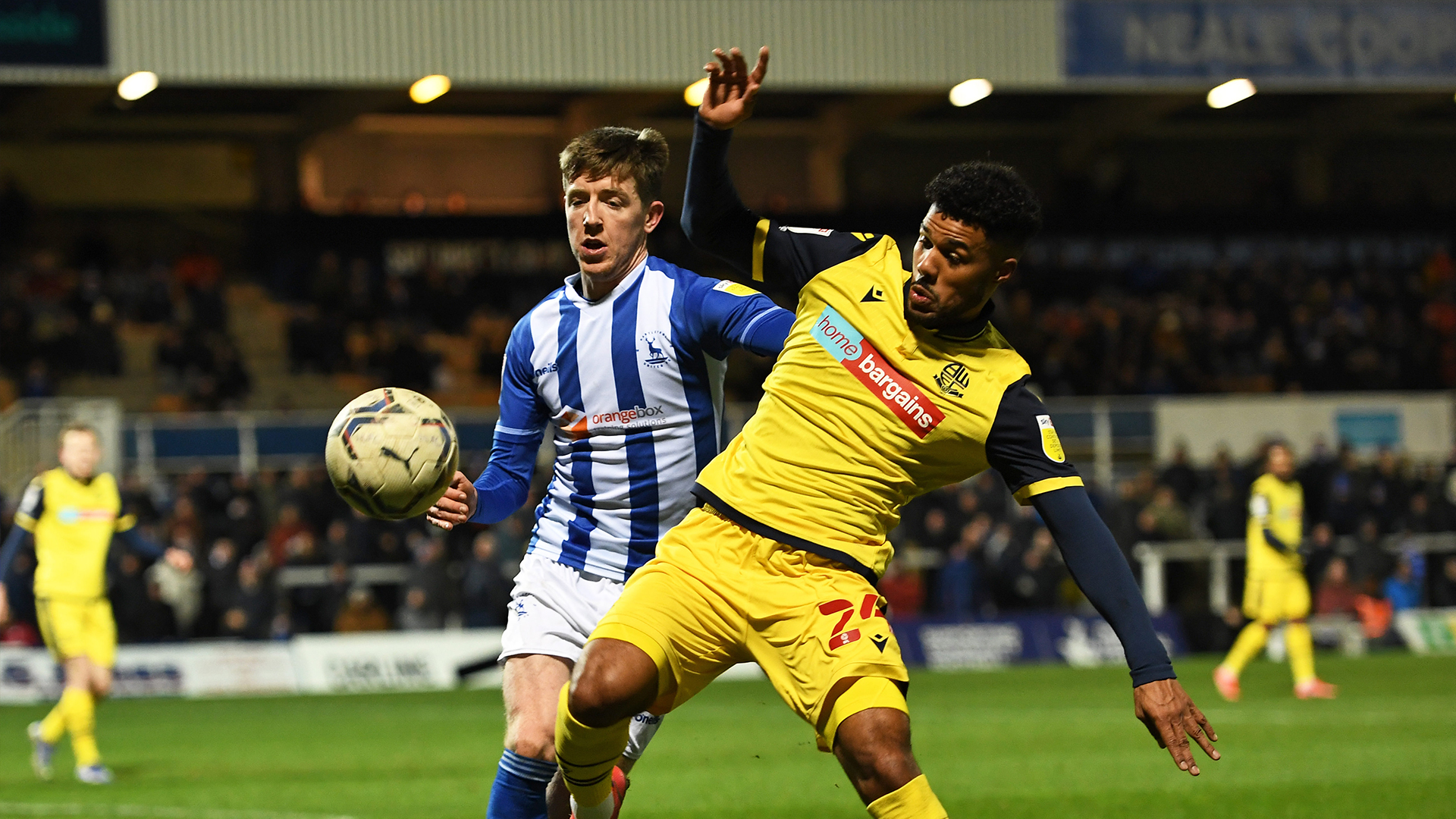