It’s a clash of the Wanderers at Adams Park this weekend, with both sides looking to pick themselves back up following disappointing defeats in the Emirates FA Cup recently.

Wycombe bowed out at the hands of League Two Hartlepool United, with Ian Evatt’s men losing at National League Stockport County during the week. Saturday presents an opportunity for both teams to register a morale-boosting three points.

Gareth Ainsworth’s side had held a 100% league record at Adams Park this season up until a recent defeat to a resurgent Ipswich Town side, and since then they have lost three out of their last four matches in all competitions. All three of which on their own patch, against Burton Albion, Portsmouth, and the aforementioned Hartlepool United.

Bolton’s form has been patchy since early October, and despite a 2-0 home victory against Crewe Alexandra in their last league encounter, Ian Evatt’s side haven’t won on their travels in the league since a 4-1 midweek thrashing of Charlton Athletic at The Valley at the end of September.

Ian Evatt: “We had a good result against Crewe in the last league fixture and we have to make sure we go to Wycombe and give a better account of ourselves than we did on Wednesday night.

Gareth Ainsworth: “Bolton are a very good side. They are very expansive and Ian Evatt has got them playing in a very good way. We need to make sure that we are on it, and we need to be properly on it, because we don’t want to keep losing games.

“But, you know what? How many it takes, I believe we’ll be at the top end of League One at the end of the season.”

Ian Evatt has a number of selection concerns coming into this fixture, with players struggling with both injury and illness.

MJ Williams missed the midweek trip to Stockport County with a bout of illness and he is considered a doubt for Saturday’s game.

Josh Sheehan came off at Edgeley Park with a knee injury and he is unlikely to feature against Gareth Ainsworth’s side.

Amadou Bakayoko came off on Wednesday night with what is thought to have been cramp and he should be fine to feature, whilst Eoin Doyle could come back into contention at Adams Park also, after missing the last two games with injury.

Bolton Wanderers supporters will be able to purchase tickets at Adams Park tomorrow afternoon, ahead of our Sky Bet League One clash with Wycombe Wanderers.

Wanderers were up against a Wycombe side with quite different ambitions to their own at this stage of the season. Keith Hill’s side’s sole ambition was to come as close to survival in League One as possible, whilst Gareth Ainsworth’s side had become promotion contenders despite being fancied for the drop by bookmakers back in August.

It was Bolton who started the brighter of the two teams with Daryl Murphy forcing a smart low save from Ryan Allsop. Wycombe grew into the game and went close through Fred Onyedinma who had a header saved by Remi Matthews before Toto Nsiala’s own goal gave the visitors the lead on the stroke of half-time.

Matthews' foul on Onyedinma presented Wycombe with a chance to wrap things up from the penalty spot and Joe Jacobson took the opportunity to send his team back to Buckinghamshire with all three points.

After their mid-week FA Cup demise at Stockport County, boss Ian Evatt demanded his side stand up and be counted.

And despite seeing their squad severely depleted they did just that with a performance full of character which merited some reward.

Wanderers showed all the fight and commitment which had been absent at Edgeley Park – recognised by another impressive away following at the end – including a penalty save from the outstanding Joel Dixon.

But despite a number of decent chances they couldn’t make one count as Sam Vokes’ headed 72nd-minute goal was just enough to consign Wanderers to a fourth successive away league loss as Wycombe bounced back from their own shock Cup exit to move within two points of the top of the table. On the plus side, there was a return for MJ Williams to stiffen the midfield – although sadly his afternoon was to last less than an hour due to a shoulder injury – with Will Aimson and Alex Baptiste starting in the back four.

And the Whites did what they had to early on in standing firm to gain a foothold before beginning to mount a threat through Dapo Afolayan, whose elusive running constantly had the Chairboys on the stretch.

A typical Afolayan burst created an opening for Keiran Lee but on his 400th career appearance he couldn’t make clean contact in front of goal.

And the contest then burst into life in a dramatic few minutes which saw former top-flight striker Vokes hit the inside of a post before Wycombe were awarded a penalty for a trip by Williams on Anis Mehmeti. There didn’t look to be much in it but Joel Dixon made sure Wanderers wouldn’t feel too aggrieved as he made a fine save low to his left to keep out Mehmeti’s spot-kick.

It was frantic stuff and with half an hour gone, Wanderers could have been in front themselves.

Lloyd Isgrove’s persistence paid off as he forced the ball through for Afolayan, who got behind the Wycombe defence but couldn’t beat David Stockdale, who was quickly off his line to make a fine smothering save.

And in the final minute of a frenetic first half the Whites again went close on the break when Elias Kachunga crossed for George Thomason, who couldn’t steer the ball goalwards at full stretch.

The pace of Wanderers on the counter-attack – and Afolayan in particular – had Wycombe worried as they looked to avoid a fourth successive home defeat after six straight wins at Adams Park following their relegation from the Championship.

And within a minute of the re-start, Afolayan was again only a whisker away from giving Evatt’s men the lead as he accepted Kachunga’s pass to burst into the box and force another good block out of Stockdale. Kachunga was the next to get a sight of goal on the break but dragged his shot wide, minutes after Wanderers’ injury jinx had struck again with a painful looking blow to Williams who was replaced by George Johnston – pressed into service as a holding midfield player.

Wanderers also had to do their share of defending as they resolutely refused to buckle but the goal threat remained at other end with Declan John seeing a shot blocked in front of the vocal travelling fans following more good work from Afolayan.

Crucially, though, Wanderers didn’t make their chances count and with 20 minutes to go the home side broke the deadlock to grab the winner when Vokes met a Jason McCarthy cross with a looping header which dropped just under the bar and into the far corner.

With Dixon then saving well from Brandon Hanlan, Wanderers weren’t out of the contest and it needed a double save from Stockdale to deny Thomason and Lee as the visitors looked for a response. Dixon also kept standing firm at the other end and in the seventh minute of added time Kachunga had one final chance to grab a deserved leveller but couldn’t beat Stockdale as Wycombe just held on.

Bolton Wanderers supporters will be able to purchase tickets at Adams Park tomorrow afternoon, ahead of our SkyBet League One clash with Wycombe Wanderers.

Advanced sales from Bolton Wanderers is still available via the phone lines for collection from Bolton Central, until 3pm today (19th November). After this time, no sales or refunds can be processed. Ticket Info For Wycombe Wanderers Away


Ticket information for the Wanderers’ Sky Bet League One fixture, away to Wycombe Wanderers has been confirmed. 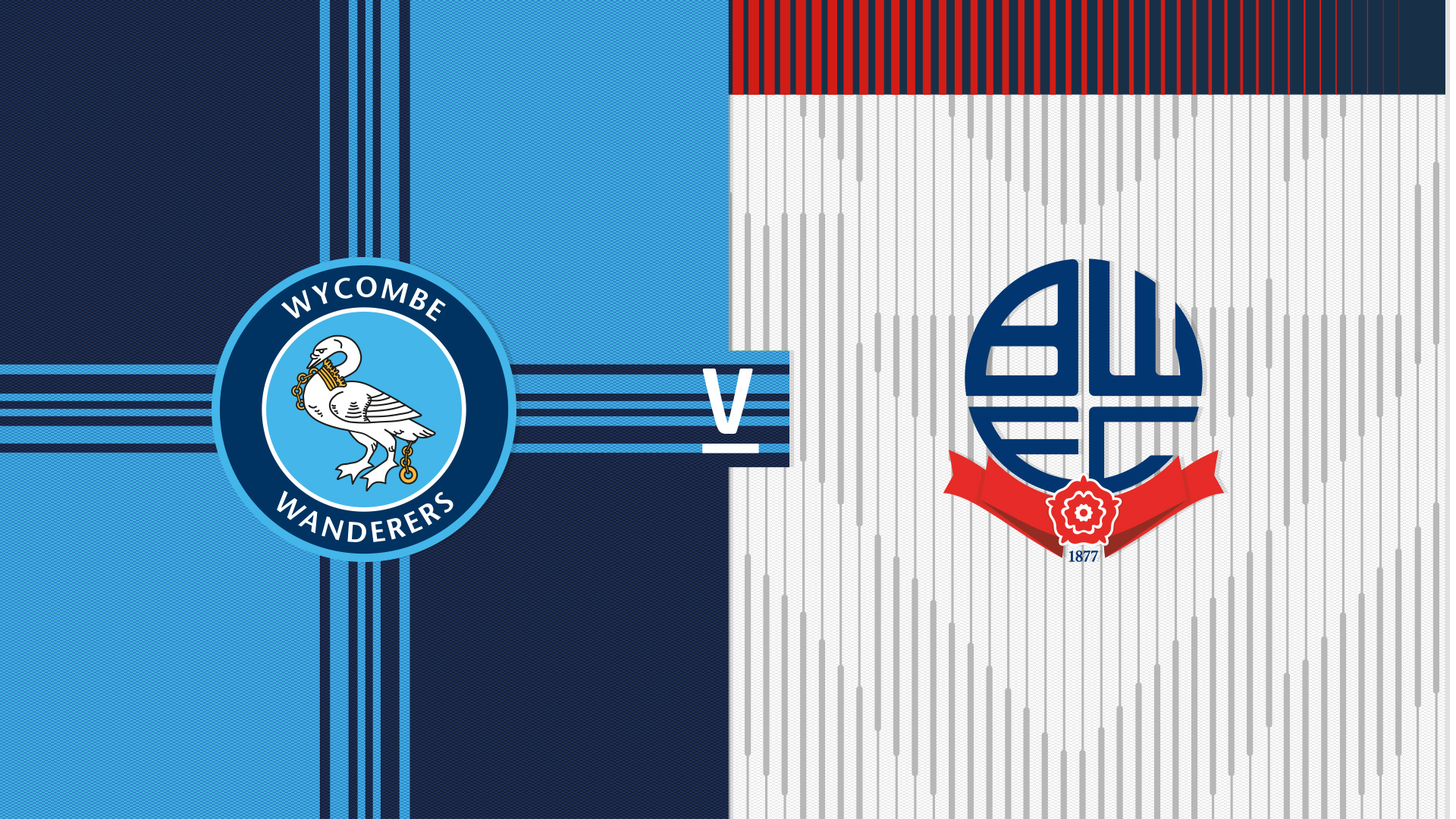 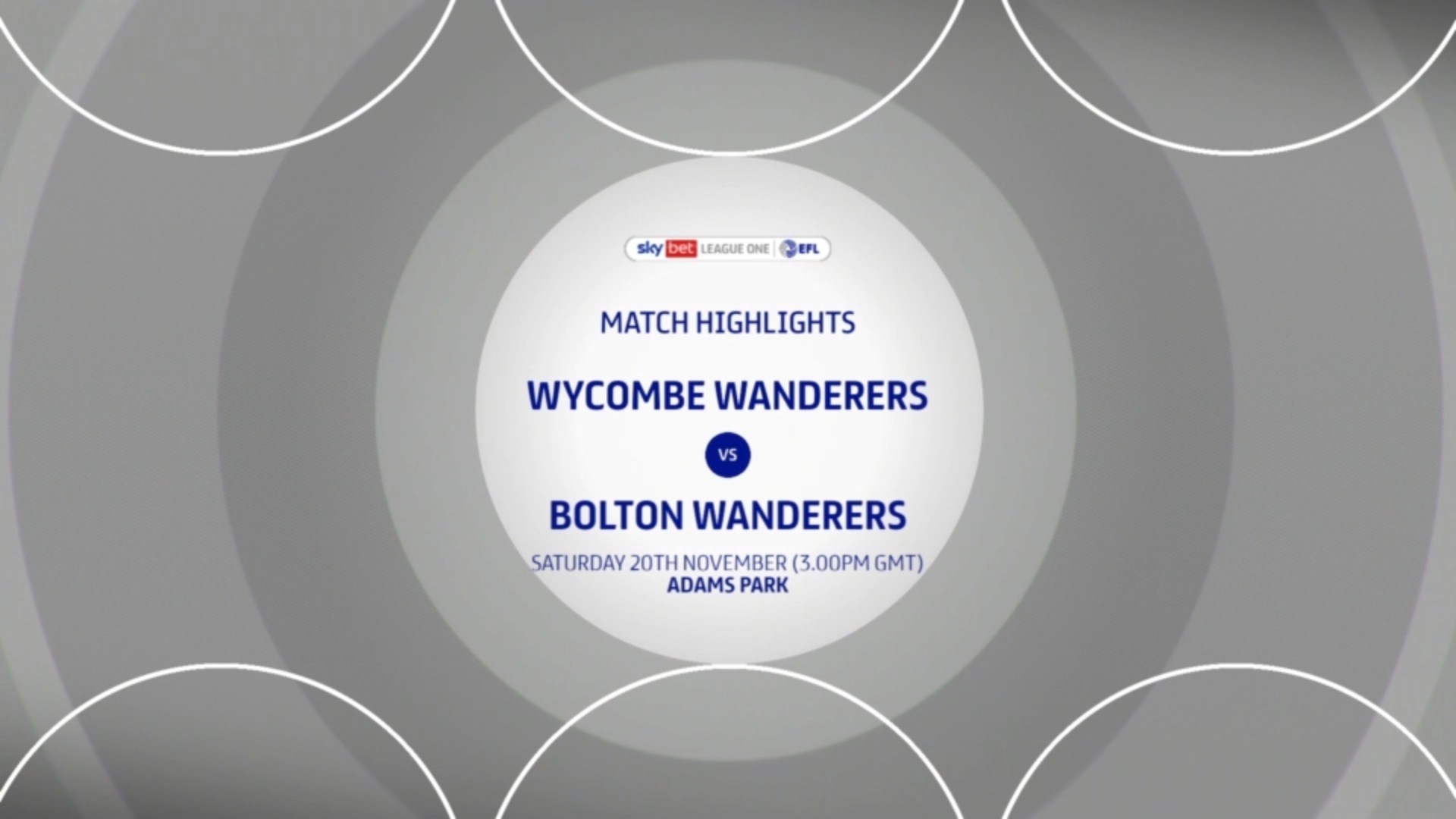 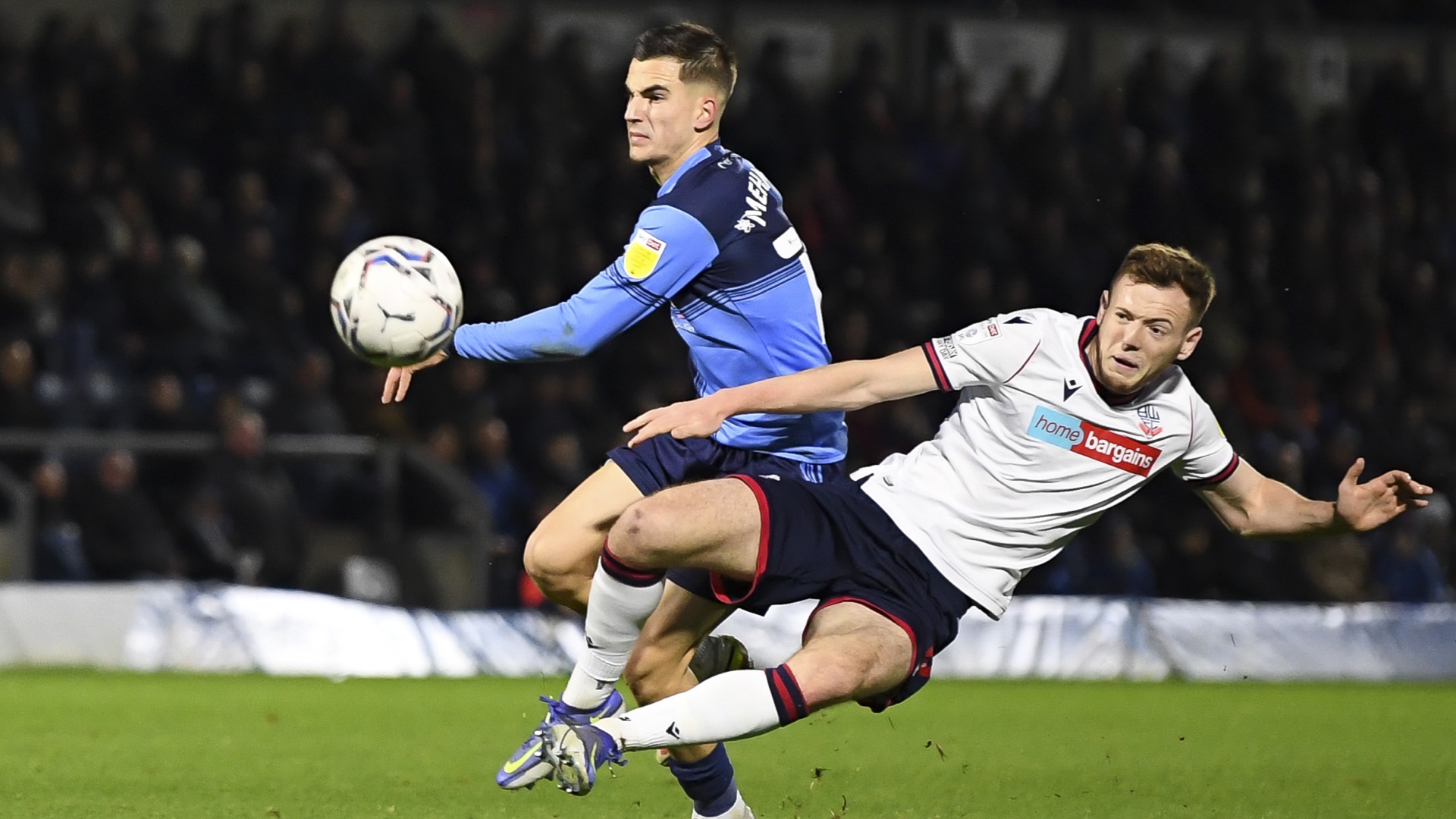