Ian Evatt expects no shortage of entertainment when Wanderers look to book their passage through in the Papa John’s EFL Trophy.

Wanderers face Liverpool’s U21 side at the University of Bolton Stadium tonight (KO 7pm) looking to make it two wins out of two in Group D.

That may well be enough to take them through to the knock-out stages of the competition for the second time in three years – depending on the outcome of Port Vale’s game at Rochdale.

And while Liverpool’s youngsters started their run in the competition with a 4-0 defeat to Dale, Evatt believes the Anfield DNA means the Reds will still make it a proper cup tie.

“Young players are always keen and full of energy and they will be coached in a similar way to Jurgen Klopp coaches the first team,” said the Bolton boss.

“The quality might not be the same but the things they do and how they set up will be very similar.

“We’ve watched them and they’re a good team, so I think it will be a really good match. “That’s kind of what we are as well. We are high intensity, all-action. We press the ball and try and build attacks in a similar way, so I think it will be a very good game.”

Evatt will make several changes to his side ahead of Saturday’s trip to Sheffield Wednesday when the Whites will be bidding to make it a hat-trick of League One wins.

But he will still have senior men on show as he gives valuable game-time to some who have not been regular starters in recent weeks.

And while targeting a top-six spot in the league remains the over-riding priority, Evatt won’t turn up his nose at a cup run which promises the possibility of a Wembley finale.

“We will make changes but we still want to win every game we play,” added Evatt, who was in the Chesterfield side that lost the EFL Trophy final in 2014 but has also had his fair share of Wembley play-off finals wins down the years.

“That’s what professionals do and you should never turn down a chance to play at Wembley.

“I did it many times and loved it and you remember it for the rest of your life. We’ll have to make sure we’re at it.”

Amadou Bakayoko came off the bench to help himself to two goals as Wanderers put themselves on the brink of the knock-out stages of the Papa John’s Trophy in impressive style.

A second successive win in the competition took Wanderers to the top of Group D.

And in the bigger picture, Bakayo underlined his well-being following his recent spell out through injury with two of Wanderers’ three second-half goals – including the last of the night from the penalty spot.

After returning as a substitute in last Saturday’s League One win over Shrewsbury, Bakayoko and Wanderers will have bigger fish to fry in the coming weeks.

But the goals will have done his confidence no harm as he and first-half goalscorer Nathan Delfouneso, who added to his effort in the Whites’ opening group win over Port Vale, illustrated the attacking options at manager Ian Evatt’s disposal.

Evatt had been able to make 10 changes to Wanderers’ starting line-up - including handing a debut to summer signing Will Aimson - with only Elias Kachunga on immediate duty again following the win over the Shrews. It was an ideal chance to give the summer signing some added game time after just two league starts so far and Kachunga was heavily involved in most of Wanderers’ best bits before the break – including the opening goal.

Wanderers had already threatened once down their right hand side when Harry Brockbank pulled the ball back for the impressive Josh Sheehan to connect with a goalbound effort well blocked by former Whites’ youngster Nat Phillips - lending his first-team experience to the Merseysiders as an over-age player.

Kachunga had been instrumental in opening up the Reds’ defence on that occasion and when he linked up again with Brockbank with 27 minutes gone, Wanderers went ahead.

This time the right-back picked out Delfouneso, whose movement was rewarded with the space to power home a header at the near post to double his tally for the season. Kachunga then dragged an effort wide as he went in search of his first Bolton goal before Liverpool’s youthful side – captained by Phillips on his return to his home town – had their best spell just before half-time without seriously threatening Matt Gilks on his return to the Wanderers’ goal.

Kachunga was replaced at the start of the second half by Bakayoko as he continues on the comeback trail and a magnificent ball from Sheehan gave Bakayoko an early sighter of goal he couldn’t convert.

But Bakayoko wasn’t going to waste another chance to get himself on the scoresheet and with an almost an hour gone he made it 2-0 to all but secure victory with another well-worked goal.

This time Delfouneso took on the role of creator as he delayed his through-ball perfectly for Liam Gordon to power over a low cross which Bakayoko drilled home from the edge of the six-yard box to celebrate his first goal since his debut in early August.

Despite the torrential rain Wanderers were enjoying their work as they eased the ball around with freedom and another expansive move brought a third goal just eight minutes later.

This time Brandon Comley switched the play for Lloyd Isgrove to drive in a cross which was deflected into his own goal by defender Jarrell Quansah. After a heavy defeat to Rochdale in their opening game, the group stage was proving a steep learning curve for the young Reds.

But they did get their first goal of their campaign when Elijah Dixon-Bonner got a reward for his persistence when stabbing home with 20 minutes to go.

Wanderers weren’t finished, though, and as the group could potentially go down to goal difference a fourth goal was welcome after goalkeeper Marcelo Pitaluga’s foul on speedy substitute Mitchell Henry with 10 minutes to go allowed Bakayoko to double his tally.

The striker slid his penalty under Pitaluga to make it a job well done for Wanderers, who gave a senior debut from the bench to Academy midfielder Arran Pettifer.

Port Vale’s late winner at Rochdale denied Evatt's men guaranteed progress through but Wanderers very much have their destiny in their own hands ahead of their final group game at Spotland in a month's time when a point will guarantee a place in the knock-out phase.

Supporters will be able to pay on the turnstiles for Wanderers' Papa John’s Trophy fixture against Liverpool U21s on Tuesday 5th October.

Kicking off at 7pm at the University of Bolton Stadium, fans can purchase their ticket at the Nat Lofthouse East Stand Lower - Blocks K and J (for entry to Blocks I and L).

Visiting Liverpool supporters will be able to purchase tickets from the turnstiles at Block E of the Franking Sense South Stand.

Tickets will be sold on a cash-only basis from 5.45pm onwards, while prices for the fixture are as follows:

To avoid the queues on match day, the easiest way to purchase tickets is via the club's online ticketing platform HERE.

The club wants to reassure all fans that the safety and well-being of you and all our colleagues is of paramount importance at the University of Bolton Stadium.

Therefore, we encourage supporters attending this fixture to take a lateral flow test during the 24-48 hour period leading up to this game. Details on ordering a lateral flow test can be found at https://www.gov.uk/order-coronavirus-rapid-lateral-flow-tests

There will be plenty of hand sanitizers in place throughout the stadium and we advise you to frequently wash your hands. Also, please aim to stay in your seat throughout the match and endeavour not to congregate in the concourse areas should you wish to purchase refreshments from the kiosks. 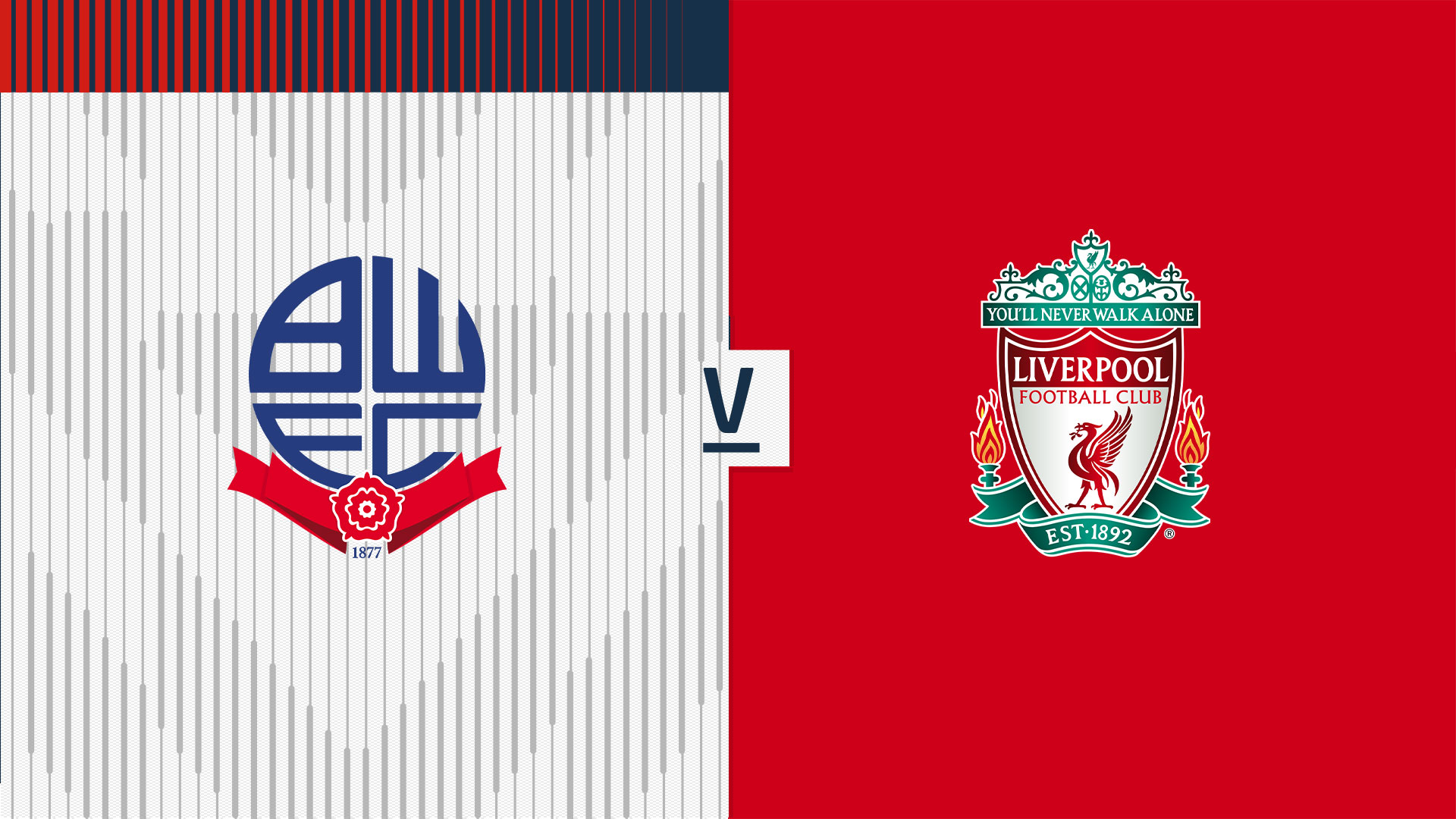 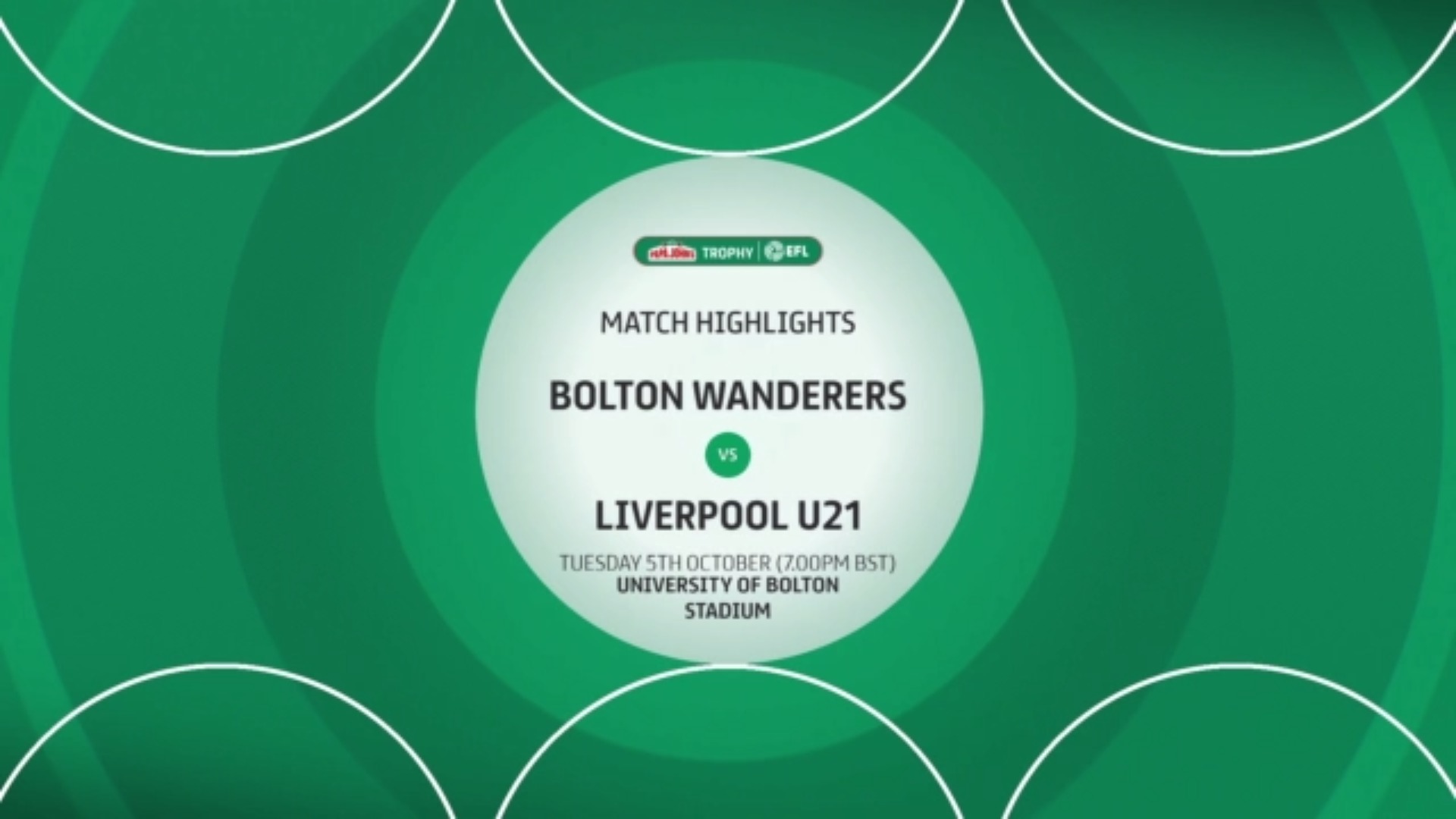 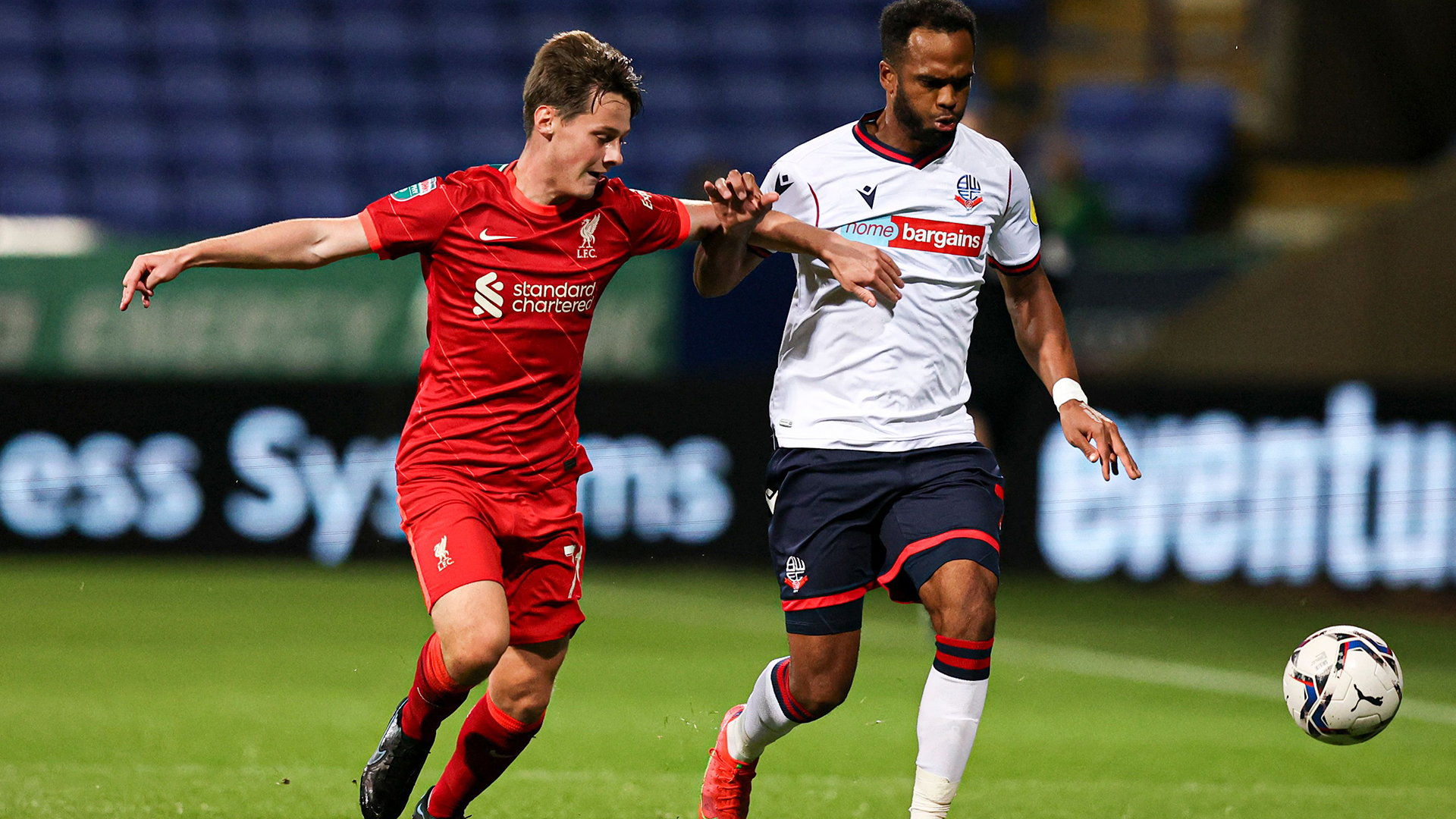