Ian Evatt will make changes but trusts whichever side he sends out to keep Wanderers on a roll.

The Whites entertain Liverpool’s U21s in a Papa John’s EFL Trophy tie on Tuesday night (KO 7pm) as they look to extend their winning start in the competition.

Evatt will give a breather to a number of the players who made it back-to-back League One wins with Saturday’s 2-1 victory over Shrewbury Town.

And the Bolton boss sees the group game against the young Reds as the ideal chance to spread the workload and allow others the chance to shine.

“There will be people rested but there are also opportunities for others and that’s the key thing to focus on,” said Evatt, whose side beat Port Vale 3-2 in their Group D opener. “Every day is an opportunity for a player to impress a manager, whether it’s on the training ground or on a match day.

“And tomorrow will be given an opportunity to play well and impress.

“Off the back of a tough week, with the two away journeys and then a tough physical home game, people are tired and people do need to recover.

“But we’ve got a good squad that is strong in every department, in my opinion, and people will be given opportunities to go and impress.”

Evatt has indicated that goalkeeper Matt Gilks will start behind a fully changed back four of Harry Brockbank, Will Aimson, Alex Baptiste and Liam Gordon.

There will also be a re-shuffle in front of them as Wanderers aim to tighten their grip on a top-two place and potentially secure qualification for the knock-out stages.

Striker Amadou Bakayoko may get further game-time after returning from injury as a second-half substitute against Shrewsbury. And others who started on the bench against the Shrews could also figure as Evatt keeps his squad match-sharp ahead of next Saturday’s trip to Sheffield Wednesday.

“This will be a strong team,” he added.

“This isn’t us putting the kids out. This is us putting out a team that is more than capable of winning a football match and doing the things we’re asking them to do.

“They all know and understand what we try to do and the detail involved in that and I’m looking forward to seeing them play tomorrow night.”

Right-back Gethan Jones definitely misses the visit of the Reds – who lost their opening game 4-0 to group leaders Rochdale – with the dead leg he sustained in the first half of the weekend win over Shrewsbury.

But Evatt expects the Welshman to be fit for the visit to Hillsborough on Saturday when Wanderers will be looking to move into the play-off places.

Supporters can pay at the turnstiles for Tuesday night’s game, with home supporters housed in the Nat Lofthouse East Stand Lower. For full ticket details and how to buy in advance, click HERE

Two more top-quality goals from Antoni Sarcevic and Dapo Afalayan capped a perfect few days for Wanderers as they got the home fires burning to stay with the pace at the top end of the table.

Sarcevic and Afalayan had both been on target in Tuesday night’s thumping win at Charlton and they repeated the dose as Ian Evatt’s men secured their second win of the season at the University of Bolton Stadium.

Top scorer Afalayan took his tally for the season to seven, while Sarcevic made it three with an outstanding opener.

And while their quick-fire double didn’t set up the convincing win it briefly threatened, street-wise Wanderers did enough thanks to Joel Dixon’s penalty save to ride out a late threat from the visitors after Luke Leahy’s 89th-minute free-kick had made it a nervy finish. Unsurprisingly, the team that had started the mid-week win at Charlton was largely untouched, with the return of George Johnston the only change.

Johnston and central defensive sidekick Ricardo Santos were asked questions early on with both making telling interventions in a bright start from the visitors.

But, crucially, the first goal came Wanderers’ way thanks to a bit of magic from the captain.

Sarcevic had suggested ahead of the game that goals shouldn’t be the only gauge of a player’s form.

But the midfield man – who endured a brief but unhappy spell at Shrewsbury five years ago – wouldn’t mind being judged on this one.

Afolayan played a key role in getting Wanderers up the pitch with a typical surge forward before Kieran Lee kept the momentum going with a pass to Sarcevic.

The skipper was still a long way from goal but he had nothing in his mind but cutting in and curling a beauty into the top corner from 25 yards. Not to be outdone, Afolayan then got in on the act with a superb strike of his own only five minutes later as Wanderers’ doubled their lead within the opening quarter.

This time the wingman located the bottom corner following another elusive run in a near carbon-copy of his effort at The Valley.

Moving the ball around in typically fluid fashion, Wanderers looked as though they might run away with things.

But to Shrewsbury’s credit they didn’t roll over and the side without an away win all season would have been back in the hunt by the break but for a remarkable block in front of goal to keep out an Elliott Bennett effort by the outstanding Santos.

And if that was a reprieve for Wanderers they enjoyed another one 10 minutes into a second half which started with Lloyd Isgrove on at right-back for the injured Ethan Jones.

Ryan Bowman was given the chance to halve the deficit from the penalty spot after Sarcevic had tripped Shaun Whalley but Dixon won the battle of wits to palm away his effort and maintain Bolton’s breathing space. Wanderers needed a spark to regain the initiative and Evatt sent on the fit-again Amadou Bakayoko to try and provide it.

The striker looked full of running but the Whites couldn’t fashion another big chance to kill off the contest.

And when Leahy curled in a late free-kick - awarded against Santos who handled after thinking off-side had been given - it made an anxious countdown before confirmation of a first home win in three attempts which keeps Wanderers looking upwards. Wanderers supporters will be able to purchase tickets directly from the turnstiles ahead of tomorrow’s 3pm kick off against Shrewsbury Town.

Tickets will be sold on a cash only basis from 1.30pm at Block M of the Carrs Pasties North Stand Lower Tier.

Prices in the North Stand Lower Tier for this fixture are as follows:

Supporters can avoid the match day queues altogether by purchasing tickets for the fixture online HERE and by taking advantage of the club’s digital ticket and print at home facility.

Visiting supporters from Shrewsbury Town can also purchase tickets on the turnstiles at Block E of the Franking Sense South Stand Lower Tier. Again, tickets will be sold on a cash only basis and we encourage supporters to arrive as early as possible to avoid the queues.

The club wants to reassure all fans that the safety and well-being of you and all our colleagues is of paramount importance at the University of Bolton Stadium.

Therefore, we encourage supporters attending this fixture to take a lateral flow test during the 24-48 hour period leading up to this game. Details on ordering a lateral flow test can be found at https://www.gov.uk/order-coronavirus-rapid-lateral-flow-tests

There will be plenty of hand sanitizers in place throughout the stadium and we advise you to frequently wash your hands. Also, please aim to stay in your seat throughout the match and endeavour not to congregate in the concourse areas should you wish to purchase refreshments from the kiosks. 
Tickets for Wanderers’ Sky Bet League One home fixture against Shrewsbury Town on Saturday 2 October, are now on sale. 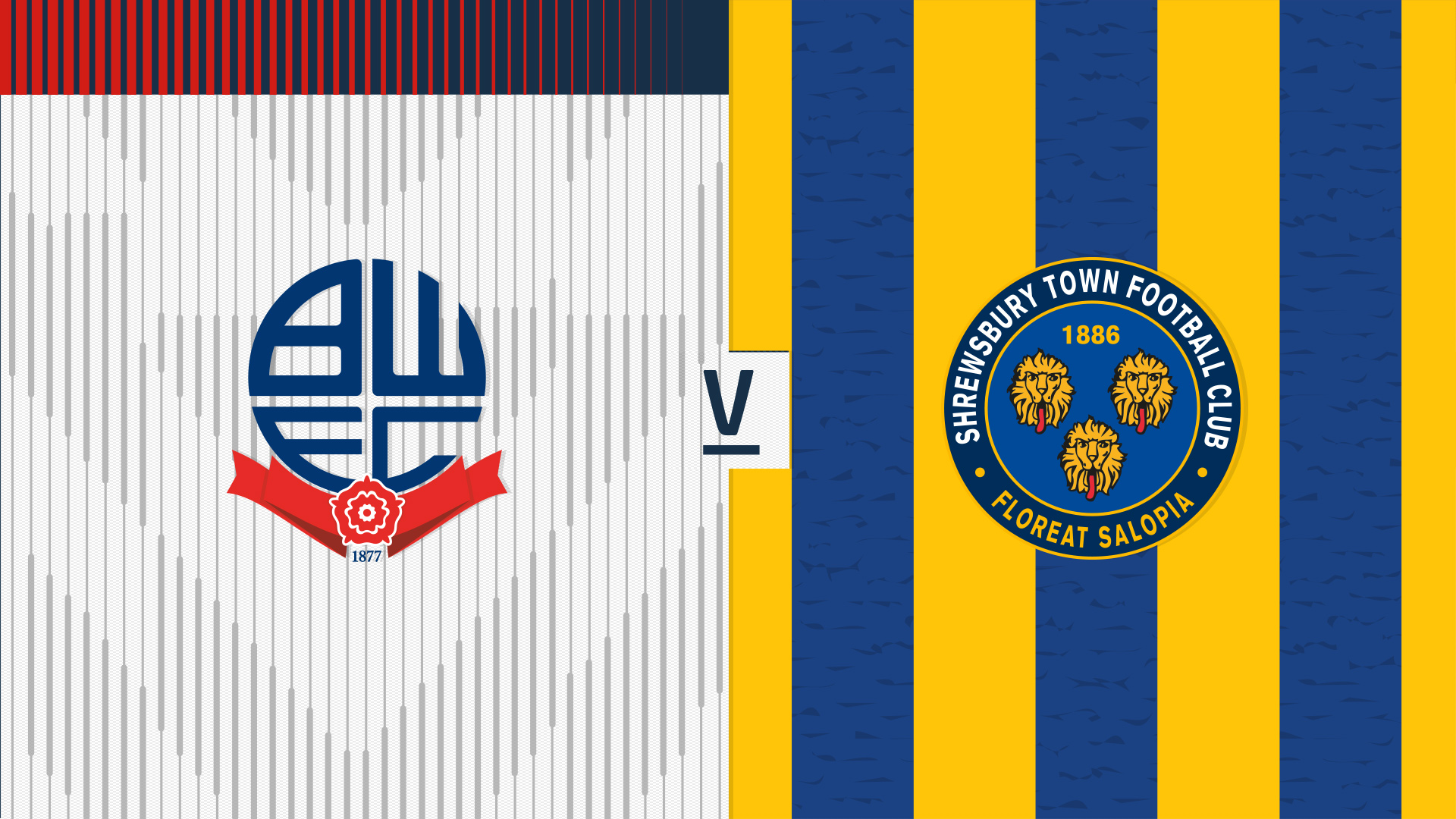 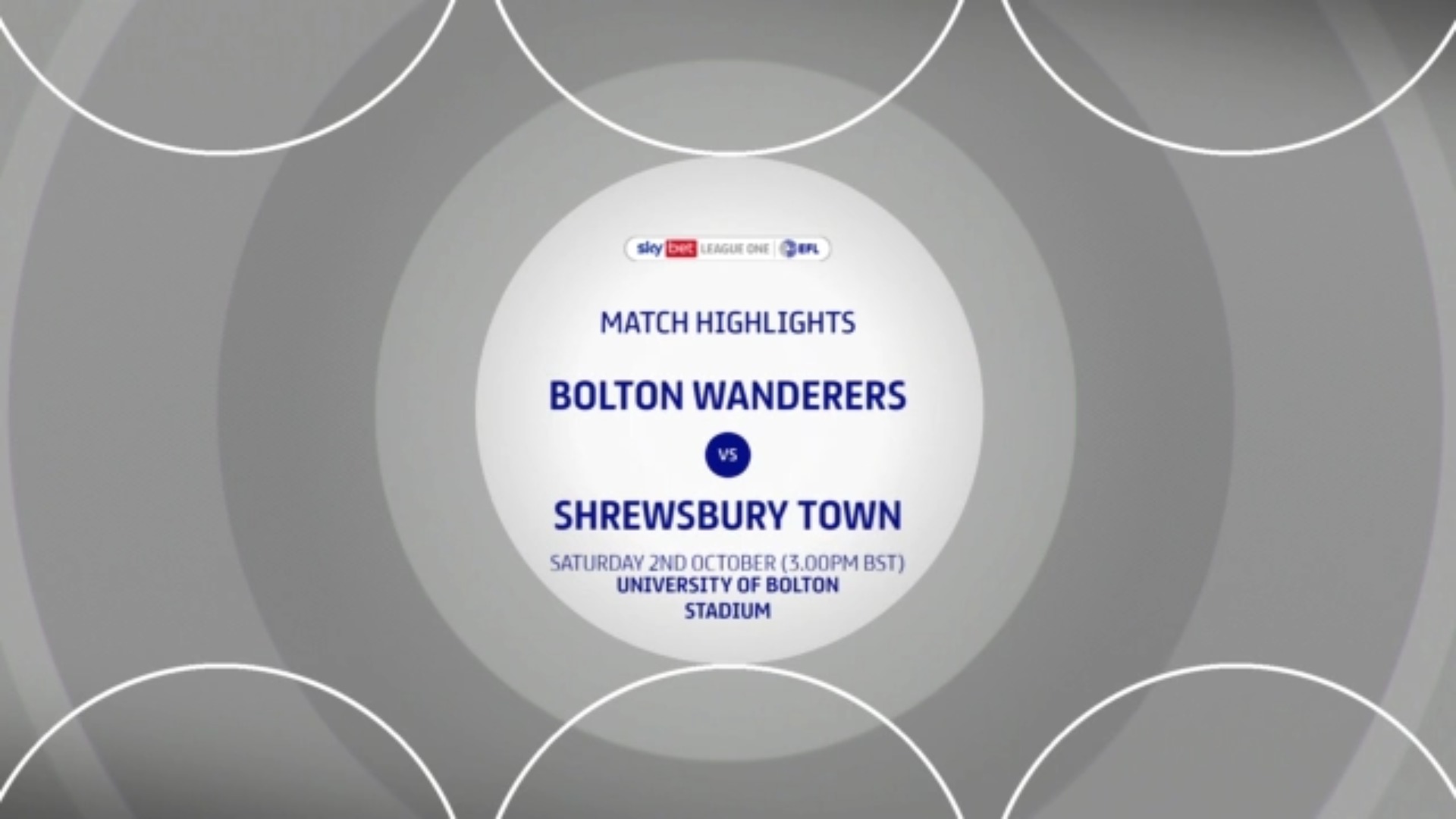 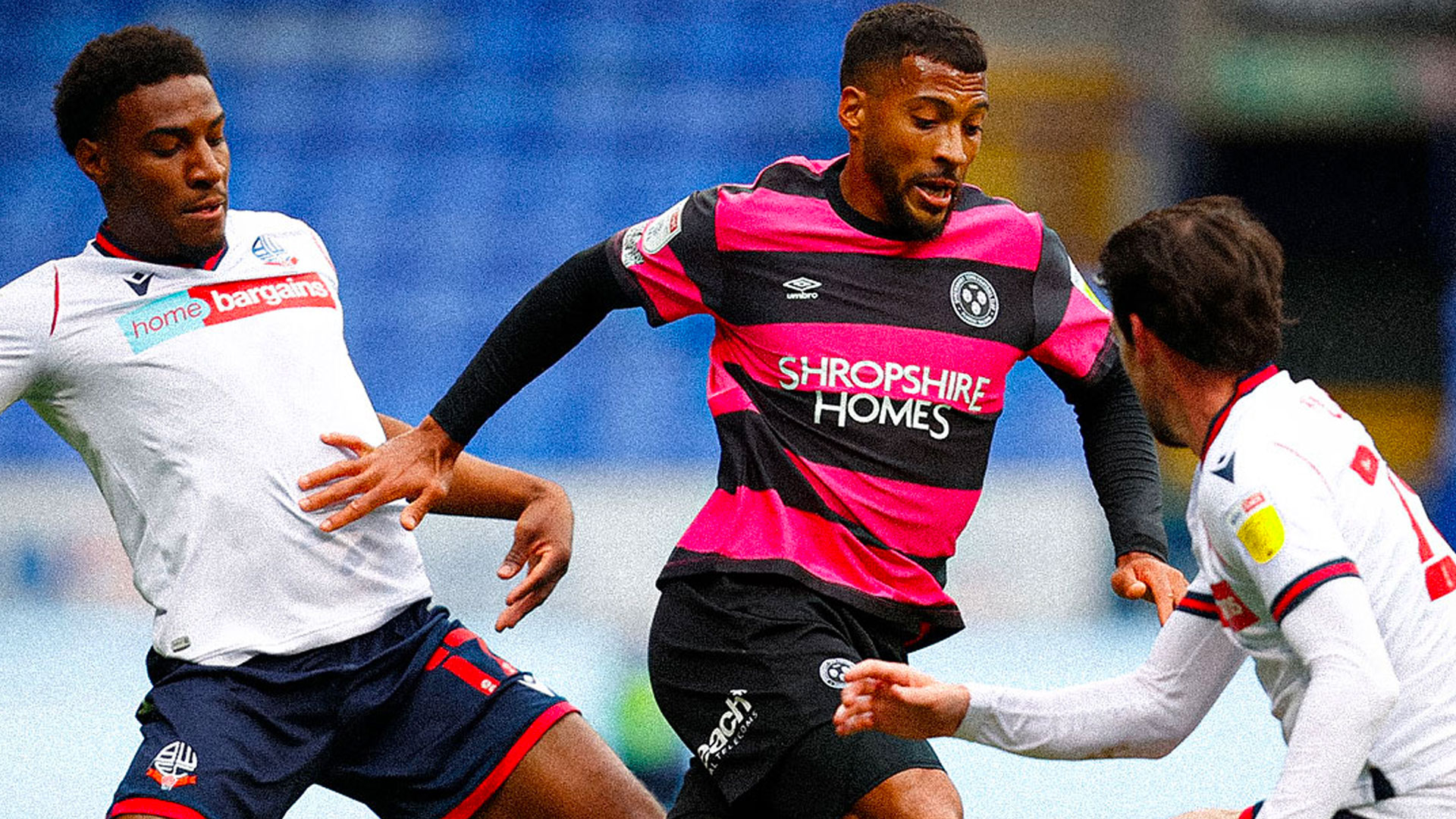