Wanderers’ hopes of reversing the tide were washed away in monsoon conditions at Home Park.

In a game that was only just able to be completed, Ian Evatt’s men paid the price for gifting the League One leaders a soft lead.

A 2-0 deficit inside the opening quarter of an hour proved too great an obstacle to overcome as Argyle extend their unbeaten home record.

They didn’t have it easy as Wanderers tried to storm back in the second half with the wind and rain behind them.

But despite some decent chances, a lack of confidence in front of goal was again apparent as the Whites drew a blank for a third game in a row to extend their testing run.

Evatt had to watch from the directors’ box as he served a touchline ban for his fourth yellow card of the campaign picked up last weekend. He had sent out a starting line-up showing three changes from the side that had lost heavily to Wigan as Alex Baptiste replaced the suspended Ricardo Santos in another enforced switch to the back four and Lloyd Isgrove and the fit-again Kieran Lee also returned.

But once again the Whites were punished for a slow start in their first visit to Plymouth for 29 years.

Wigan had struck first after six minutes and on a foul night in Devon lightning struck twice as the same time had elapsed when Argyle went ahead when defender Brendan Galloway poked the ball home from close range following a corner.

The last thing Wanderers wanted to do was give the league leaders a further boost of confidence and Argyle didn’t wait long to add to it further.

Again a corner was the source of the goal but this time the ball was despatched into the bottom corner of the net from outside the penalty area by Conor Grant, who struck with a skidding low drive. Playing into the driving rain the Whites could have taken on water as 11-goal top scorer Ryan Hardie carried a regular threat.

But they at least stemmed the flow, Joel Dixon making a fine save to deny Joe Edwards a third just before the break.

And there was the sporadic threat of a goal at the other end as Wanderers tried to get back into the contest.

Isgrove looked as though he might unlock the Argyle defence on a handful of occasions, although Michael Cooper’s only save of the first half was needed to keep out a skidding Josh Sheehan effort.

The Pilgrims’ keeper had more to do in the opening minutes of the second half as Dapo Afolayan began to make his presence felt with two efforts on target in front of a fantastic away following of around 700 travelling fans.

And with Wanderers in search of the breakthrough to trigger a possible fightback they sent for Antoni Sarcevic.

The skipper – whose armband was worn by George Johnston – was given a warm welcome back by the home fans to a club where he twice enjoyed promotion successes and was a former player of the year. But they might not have been so welcoming had the midfielder converted an excellent chance to get Wanderers back into the game with 20 minutes to go moments after Panutche Camara had hit a post in a rare Argyle foray forward.

The increasingly dominant Whites had been knocking on the door and Sarvecic looked certain to burst through it but after drifting into the penalty area he steered his effort just the wrong side of the post.

And with goals proving hard to come by, Wanderers passed up another chance to make it a nervy finish for the hosts as substitute Elias Kachunga couldn’t deliver the finish as he broke clear.

Josh Sheehan also tested Cooper with a free-kick but with standing water beginning to turn the playing surface into a lake, Plymouth splashed their way to a third goal in the fourth minute of added time. Two players were defeated by the puddles after Dixon had been left stranded but Ryan Broom finally blasted the ball home to keep the table-toppers riding on the crest of a wave and Wanderers contemplating a third success defeat.

Wanderers supporters will be able to purchase tickets at Home Park tomorrow night, ahead of the SkyBet League One clash with Plymouth Argyle.

Tickets will be sold directly from the turnstiles and supporters will be able to pay via cash or a debit/credit card.

Please note all ticket prices increase by £2.00 on the night of the fixture.

Advanced sales from Bolton Wanderers are still available via the phone lines with collection from Bolton Central until 10am on the morning of the fixture. After this time, no sales or refunds can be processed. Ticket Info For Plymouth Argyle Away


Ticket information for the Wanderers’ Sky Bet League One fixture away to Plymouth Argyle on Tuesday 19th October at 7.45pm has been confirmed. 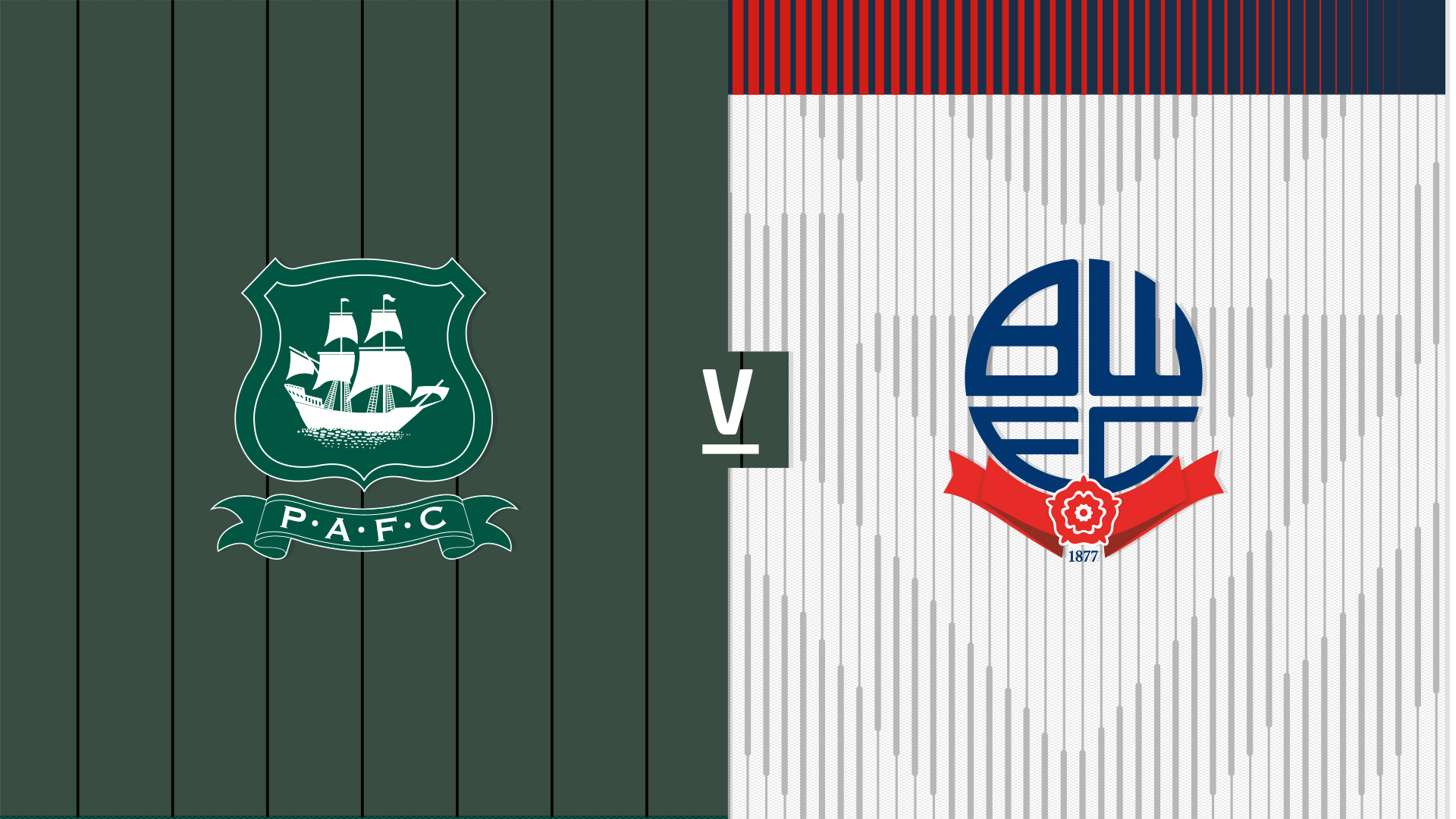 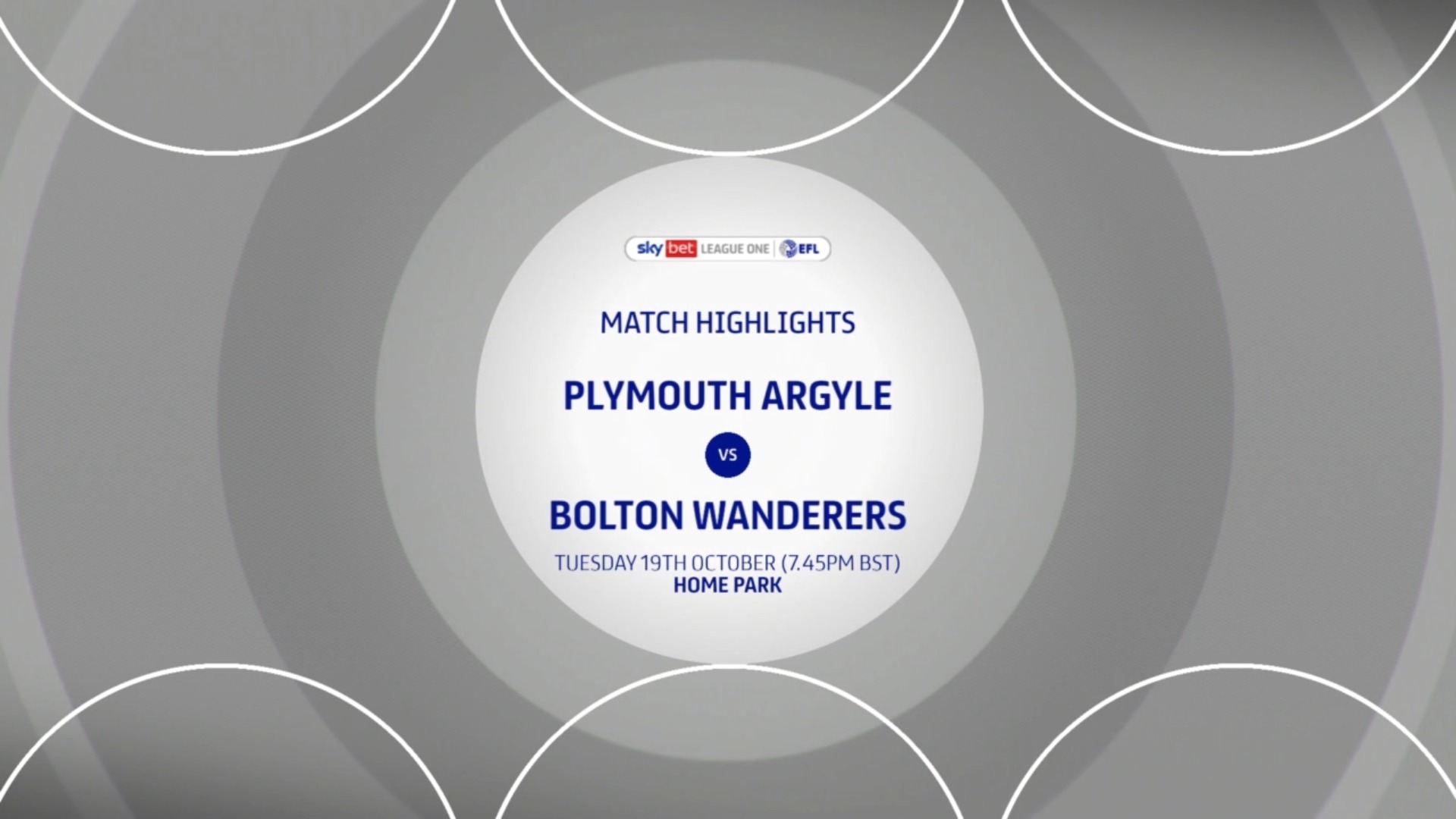 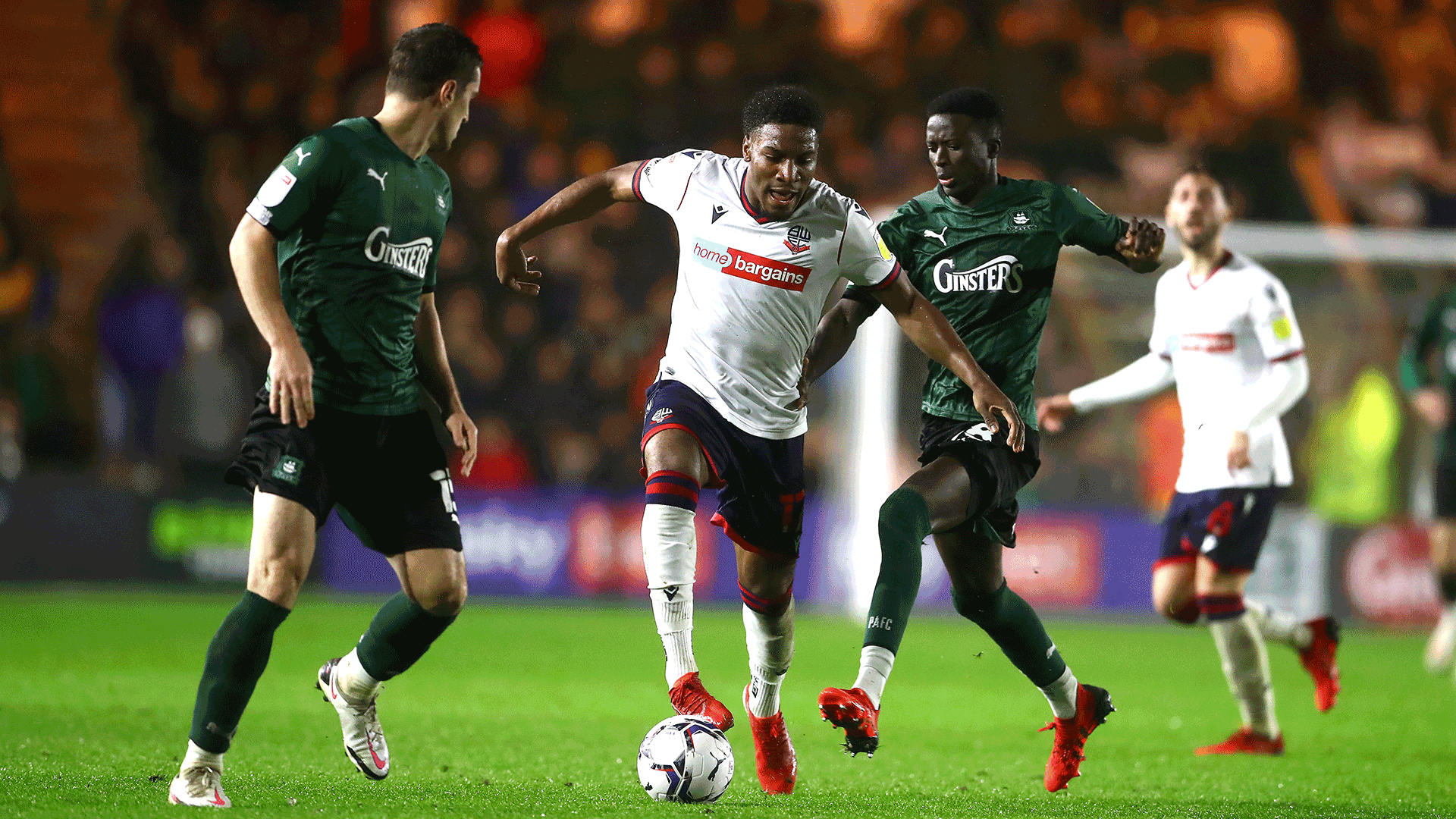