It’s the club’s first ever ‘Family Day’ tomorrow as Wanderers welcome Rotherham United to the University of Bolton Stadium for the latest Sky Bet League One fixture.

Ian Evatt’s men had a week without a midweek fixture for the first time this season, whilst the Millers were in league action on Tuesday evening. Held to a 1-1 draw at Lincoln City, the South Yorkshire outfit took the lead through Michael Smith before Lewis Fiorini’s second-half equaliser.

Ian Evatt: “I think it’s going to be our most difficult challenge of the season so far. I think they’re a really difficult team to play against. You have to really earn the right to play, stand up to everything physically, win your first and second duels and defend your box well. After that we have to switch modes and make sure we are brave on the ball and show composure on transition. Hopefully we can do that.”

Paul Warne: “Bolton's history is there for everyone to read but they've come back and they're a big club in this league. I don't think anyone has underestimated them in football and they've made some good signings in the summer again. I think the top teams in League Two always do well when they get promoted. The step up from League Two to League One isn't the same as the other two steps I don't think. They've started off really confidently and they have a style of play that he's recruited well for."

In his pre-match press conference, manager Ian Evatt has confirmed that Andrew Tutte will face a spell on the sidelines with a hamstring injury sustained in the Reserves’ midweek Central League Cup draw against Accrington Stanley.

Amadou Bakayoko is back out on the grass and edging closer to a return to first team action, whilst Xavier Amaechi has started doing some indoor running work. Declan John is expected to return to training at the start of next week, but Saturday’s clash with Rotherham will come too soon for him. Harry Brockbank is also nearing a return to action after coming off injured in last week’s Reserves victory against Accrington Stanley.

With this Saturday’s game being the club’s very first ‘Family Day’ ticket prices have been significantly reduced, with prices as follows:

Turnstiles will be open from 1.30pm.

Having made nine deadline day signings, new Wanderers boss Keith Hill finally had a team to field which was made up of senior players as opposed to the teams fielded in the previous weeks – which were made up largely of academy players.

Despite starting the game brilliantly with Thibaud Verlinden scoring the opening goal, the Millers fought back strongly and ended up with an emphatic victory at the New York Stadium thanks to goals from Ben Wiles, Freddie Ladapo (2), Carlton Morris (2), and Jake Hastie.

Two goals from Ben Wiles in the space of three first half minutes ultimately condemned Wanderers to defeat in Sky Bet League One at the University of Bolton on Saturday afternoon.

Wanderers started the game well and on the front foot with a chance falling to Antoni Sarcevic, but after being picked out by Eoin Doyle, he saw a shot blocked before Dapo Afolayan also had an effort blocked.

A huge chance for Rotherham United followed a few minutes later with Ben Wiles blasting a shot over the bar after being picked out by Chiedozie Ogbene’s deflected low cross.

Twelve minutes had been played and the Millers went on the attack through Oliver Rathbone who saw a shot from 20 yards out kept out alertly by Joel Dixon low to his left-hand side.

At the other end of the pitch, the Whites had another chance with Sheehan’s corner being met once again by Johnston who flashed a header across the goal and wide.

Rotherham took the lead just after the quarter-hour mark with Ben Wiles curling an unstoppable shot into the top corner from the edge of the box.

A couple of minutes later the visitors converted again with Wiles heading the ball into the ground and then into the roof of the net, following a corner on the near side.

Wanderers responded well and went on the attack after winning possession in the middle of the park; after a through ball by Dapo Afolayan into Antoni Sarcevic, the captain saw his blocked importantly by Joe Mattock.

Shortly afterwards, Eoin Doyle had a glorious chance however his shot hit the post and rebounded favourably for Millers goalkeeper Viktor Johansson to save it.

United won a free-kick just outside of the 18-yard box following a foul by Gethin Jones on Tolaji Bola, but it couldn’t be converted by Dan Barlaser who dipped an effort narrowly over the bar.

The White had the ball in the net through a powerful Johnston header, assisted by Josh Sheehan’s free-kick but it was chalked off by the linesman for an offside decision against the Bolton defender.

Soon after, Eoin Doyle had possession and was charging forward before being pegged back by Joe Mattock. Ian Evatt’s men received a free-kick which was taken by Sheehan who sent a dipping shot marginally over the bar.

Wanderers were constantly on the front foot in the second period in a chase to get back into the game, but Rotherham went close through Michael Smith who saw a shot cannon back off the inside of the post just before the hour mark.

Another chance came the way of Johnston who could’ve scored a couple on another day, but after once again latching onto a Sheehan delivery he acrobatically flashed the ball across goal and narrowly wide of the post.

The latter stages of the game arrived and the Whites appealed for a penalty for a push on Eoin Doyle inside but it was waved away by the referee with the Irishman adamant he’d been fouled.

A frustrating afternoon for Wanderers who fell to a first home league defeat of the campaign in front of a near 21,000 strong crowd at the University of Bolton Stadium. An opportunity to bounce back next week against Sunderland at another theatre of football, the Stadium of Light.

With just over a day remaining until Wanderers take on Rotherham United in Sky Bet League One, Chairman Sharon Brittan is encouraging as many Wanderers fans as possible to head down to the University of Bolton stadium for tomorrow’s ‘Family Day’.

Ticket sales have comfortably surpassed the 18,000 mark and with Ian Evatt’s men looking to entertain the crowd with another positive performance and result against the Millers, Sharon said:

“Saturday is a representation of what our club is all about; family and football.

“After so many months apart, let’s celebrate how far we’ve come, both as a club and as a community, and just enjoy being together again. The support so far this season has been superb and we want to keep building on that.

“We’ve set prices for the game at an affordable rate to encourage as many fans as possible to either make their first step into the stadium – or their first visit back in a long time.

“Ian and the players are flying. Let’s show the team how big their Bolton family is and how each and every one of us is behind them every step of the way. I’ll look forward to seeing you all this weekend!”

Tickets for the fixture cost:

Turnstiles will be open from 1.30pm, Bolton FM will be in attendance with a sound stage outside Bolton Central and Lofty the Lion will be making a special appearance meeting fans around the ground.

Don’t miss out this Saturday, get down to the University of Bolton Stadium! Let’s get the Wanderers family together, celebrate our wonderful club and get the stadium rocking!

You can purchase your tickets online here. 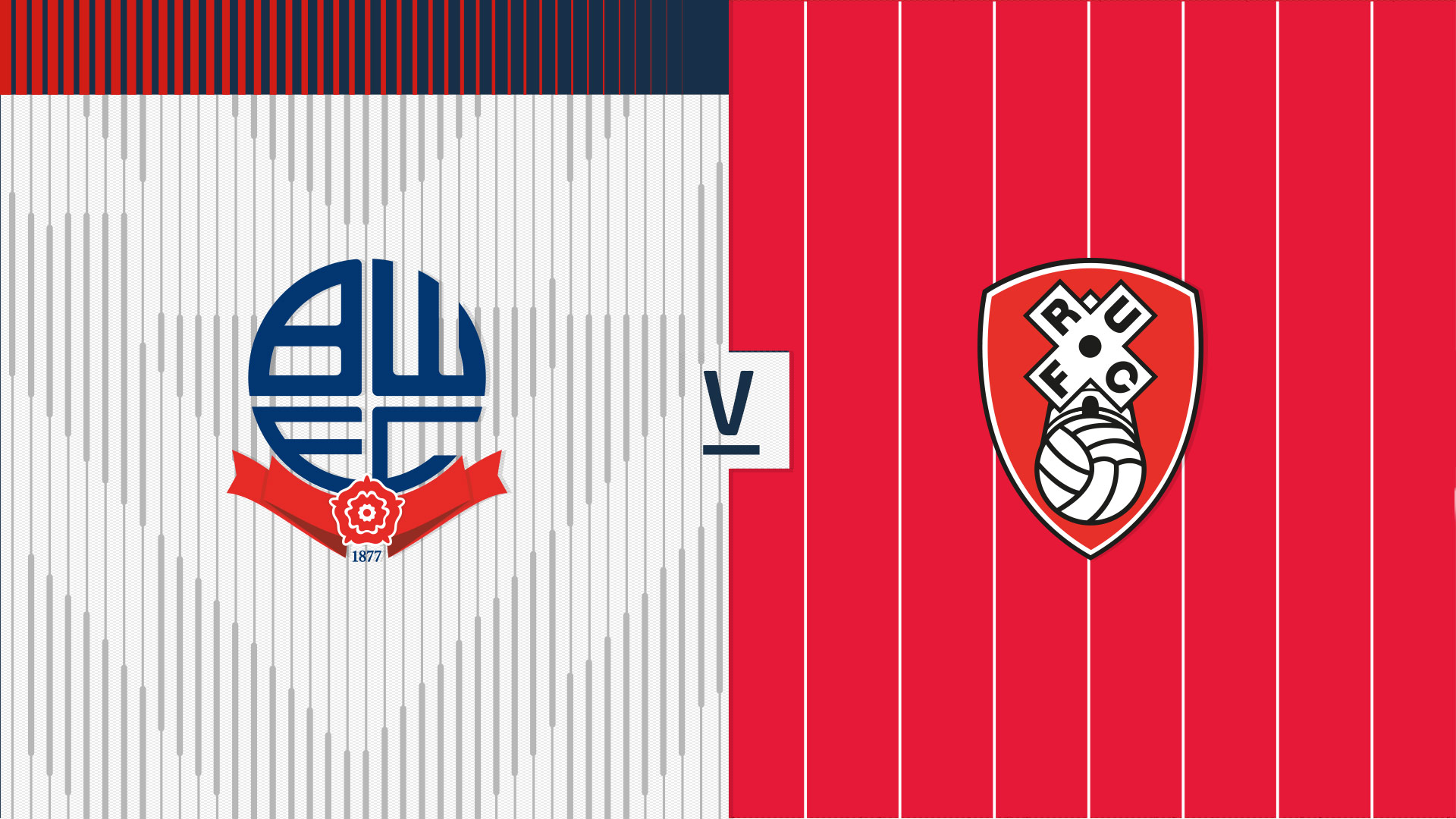 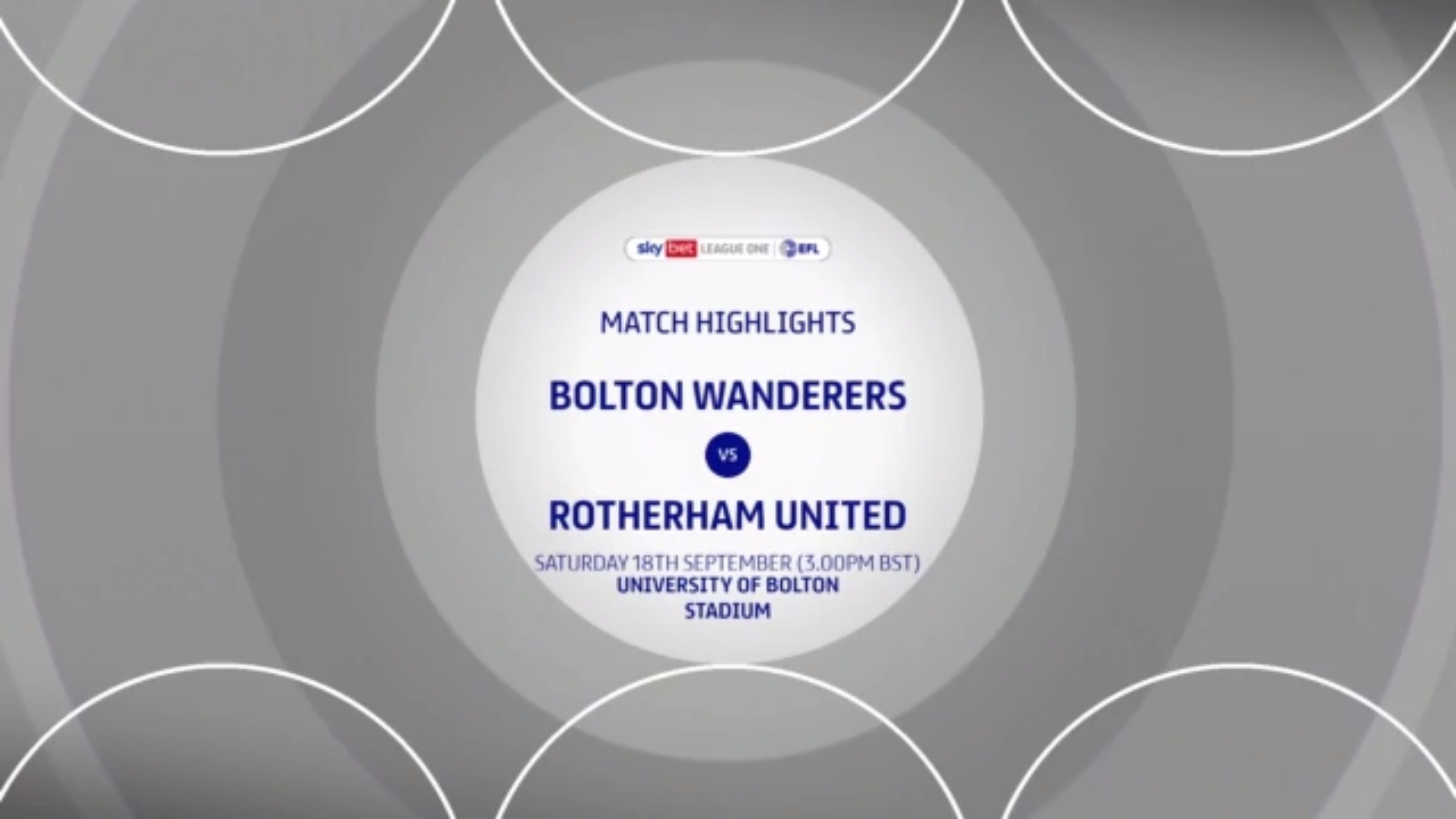 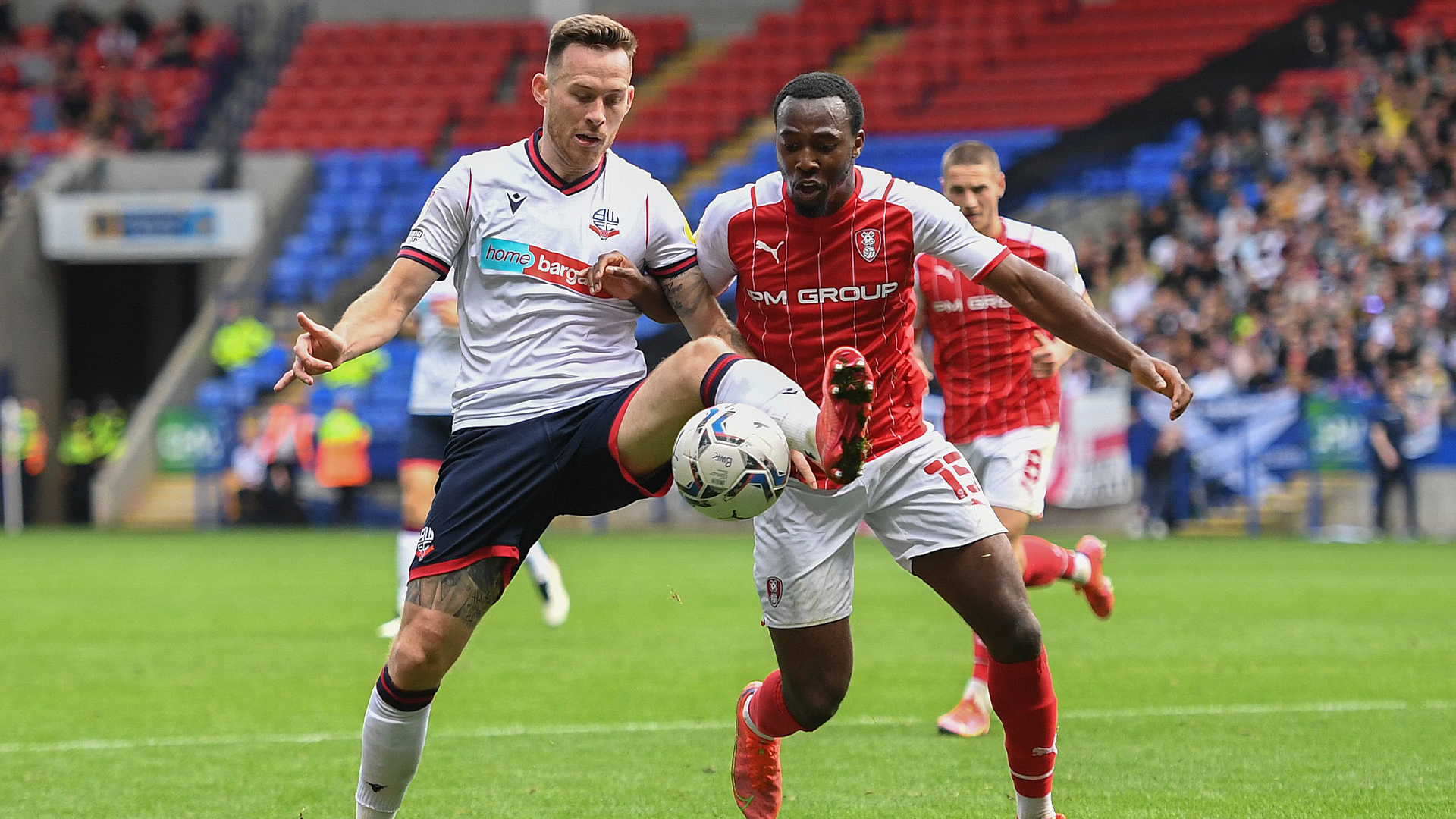