Wanderers head to Portman Road on Saturday afternoon looking to build on a point and a fantastic performance in Monday night’s televised Sky Bet League One draw against Burton Albion.

Ian Evatt’s men come up against an Ipswich Town side billed as one of the promotion favourites before a ball was kicked. Paul Cook has overseen a huge recruitment drive, bringing in a number of quality players to Suffolk, but the Tractorboys are yet to win a league fixture from their first five.

Wanderers’ record at Portman Road is far from brilliant, with the last victory there coming in an FA Cup tie in January 2005. The last league victory came in a Premiership clash in November 2001, with Sam Allardyce’s men securing a 2-1 victory courtesy of goals from Gudni Bergsson and Michael Ricketts. The current crop will be looking to end that particular winless run.

Ian Evatt: “They’ve got a very good squad and a very good manager. They’re a big club in their own right with a big fan base, but we have to go there with belief and with the bravery that we showed with and without the ball on Monday night. We’ll give it our best shot.”

Paul Cook: “It’ll be a good game. Ian Evatt has done fantastically well in his short managerial career so far. Bolton are another club in League One that has fallen on bad days, but they want to get back to where they came from. We’ve got to be bang at it, to get anything out of the game tomorrow.”

In his pre-match press conference, manager Ian Evatt has confirmed that Will Aimson is fit and available for selection after playing the full 90 minutes in the Reserves’ 2-1 Central League victory against Accrington Stanley on Tuesday afternoon.

He also confirmed that Xavier Amaechi and Amadou Bakayoko are progressing well with their rehabilitation as the pair look to make a return in the weeks ahead.

Ipswich Town have confirmed there will be no pay on the day available to Wanderers' supporters for Saturday's away Sky Bet League One fixture at Portman Road, and the 3pm deadline has also passed for supporters to purchase a ticket directly from the Bolton Wanderers Ticket Office.

The young Wanderers were dispatched by a far more experienced Ipswich Town at the University of Bolton Stadium. James Norwood’s penalty gave Ipswich Town a narrow lead at the break, but he added the fifth goal in the second half after Gwion Edwards had found the net, and Kayden Jackson had scored a brace.

Wanderers produced a five-star performance at Portman Road to record an emphatic victory against Ipswich Town in Sky Bet League One on Saturday afternoon.

It turned out to be an unforgettable afternoon in Suffolk, but it didn't get off to a good start. Wes Burns was a constant threat down the right-hand side in the first half and after finding a way past Liam Gordon, he saw a low centre turned in at the far post by Macauley Bonne.

Wanderers were sensational on the attack all afternoon and there was no way Christian Walton was going to be keeping a clean sheet on his Ipswich Town debut. With that said, the equalising goal came shortly after falling behind. Latching onto Gordon's headed pass, the irresistible Dapo Afolayan unleashed a low drive that went between the legs of Walton and into the net.

Town right-back Kane Vincent-Young was really struggling to get to grips with Afolayan, and just five minutes after being booked by referee Bobby Madley for a foul on the Wanderers star, he gave away a penalty for a foul on the very same player.

Eoin Doyle very rarely misses from the spot, and he stepped up to stroke the ball safely down the middle of the goal and into the net to give Ian Evatt's team the lead after just eighteen minutes.

Just after the half-hour mark, Ipswich equalised. Once again, Burns was the source of Bolton's problems and after racing down the right-hand side, he saw a low cross find the back of the net via an unfortunate deflection off of the leg Ricardo Almeida Santos.

Town's tails were up as they sensed an opportunity to restore their lead with Conor Chaplin going close twice in a minute. Bonne almost added his second goal of the game right on the half-time whistle, but he scuffed a shot wide from close range after being found by Burns.

Seconds later, Wanderers had a chance of their own and it was one that was taken with a goal of pure quality by Afolayan for his second of the afternoon. Picked out with a diagonal pass into his feet inside the box, he opened up to curl a shot into the bottom corner past a helpless Walton.

An early goal in the second half would have given Wanderers a likely unassailable lead and that's exactly what they got through Josh Sheehan on his return from international duty. Antoni Sarcevic had seen an initial shot blocked and he recovered the ball to tee up the Welsh midfielder who swept the ball into the corner from 10 yards out.

Before the hour, Wanderers had their fifth with George Johnston firing into the roof of the net for his first goal since signing for the club in the summer. The assist came from Ricardo Almeida Santos who found himself out wide on the right to supply an accurate cross into the box.

Ipswich didn't give up the fight and went close through Bonne midway through the second half, but the forward saw a volley come back off the inside of the post after latching onto Hayden Coulson's free-kick.

Wanderers could have scored even more than the hatful of goals they managed on an afternoon where the team showed an incredible ruthless approach to putting Ipswich to the sword. Trips to Portman Road haven't traditionally brought many rewards in recent history, but Ian Evatt's men registered the club's first win on the patch since 2005 in some style

Ticket information for the Wanderers’ Sky Bet League One fixture, away to Ipswich Town, on Saturday 11 September 3:00pm, has been confirmed.

Bolton Wanderers have received an allocation of 1,492 tickets for the whites’ trip to Portman Road.

Tickets for this fixture will then go on open sale at 10am on Wednesday 1 September.

Any tickets ordered after 3.30pm on Wednesday 8 September will need to collect their tickets from Bolton Central.

Supporters who require wheelchair and/or disability access seating will need to contact the BWFC Ticket Office by calling 01204 328 888.

Tickets for this fixture will remain on sale until 3pm on Friday 10 September, subject to availability. After this time, no sales or refunds can be processed.

Duplicate ticket requests, should tickets not arrive in the post in time, will also be accepted until 3pm on Friday 10 September.

Official coach travel is also available, costing £32.00 person. All coaches depart from University Of Bolton Stadium at 7:30am. 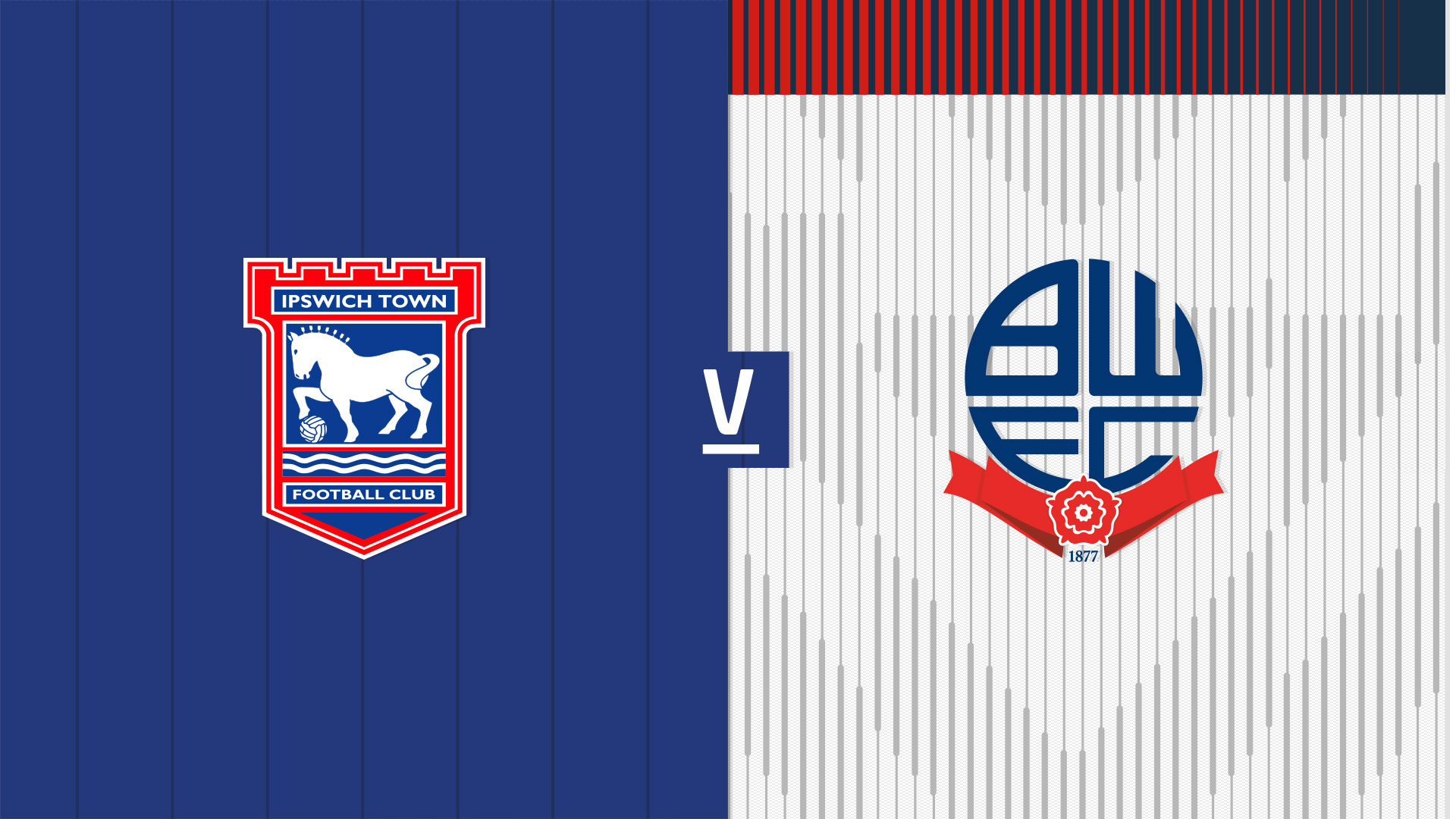 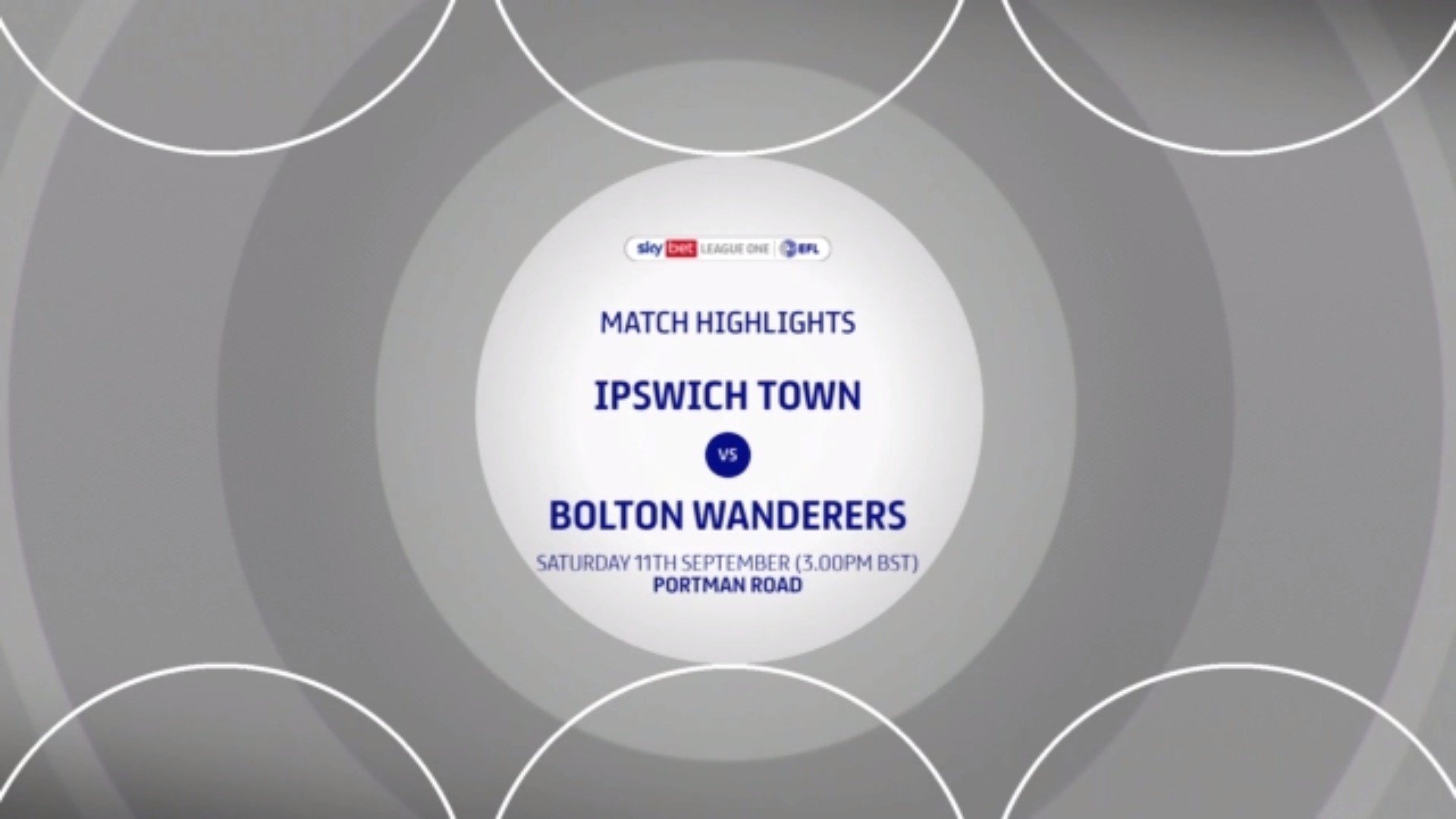 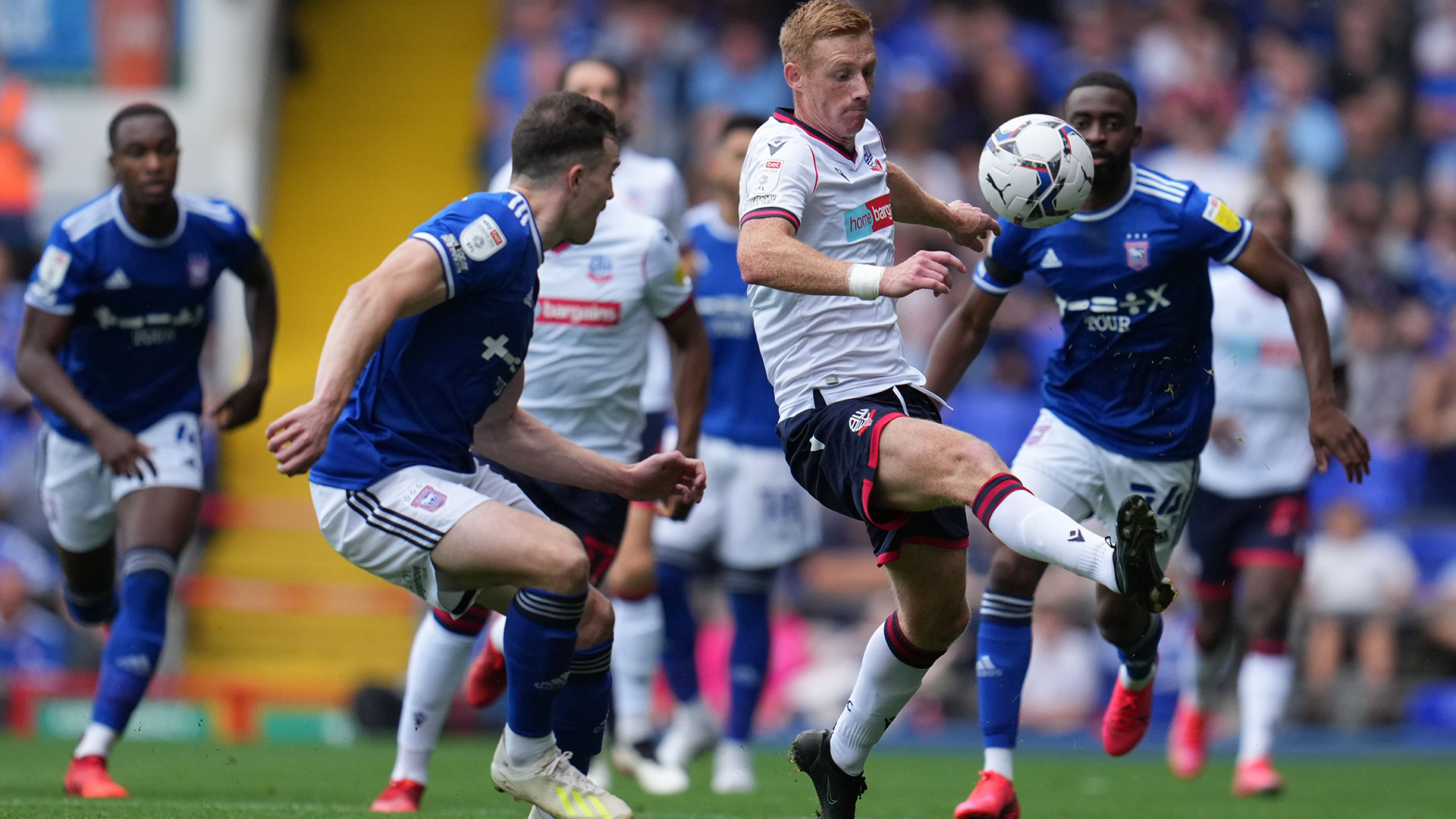